I AGREE
I DISAGREE
Learn More
Next » 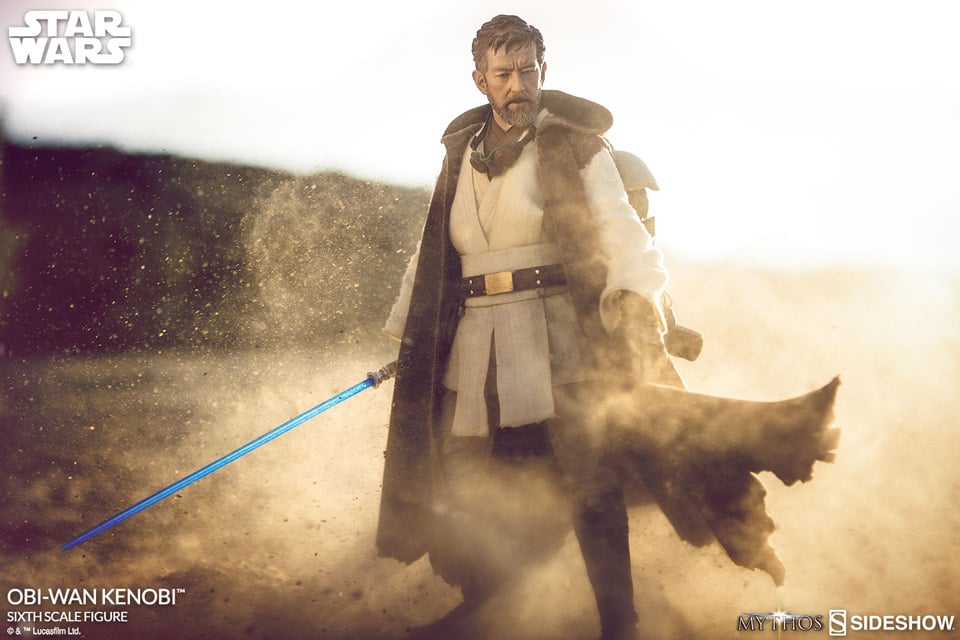 Started in 2012, Sideshow Collectibles’ Star Wars Mythos line seeks to “portray moments in the imagined lifetimes of [Star Wars] characters and reveal them in a new way, in a new light.” Previous Mythos collectibles were all polystone statues, but the latest in the series is a fantastic sixth scale action figure of Obi-Wan Kenobi.

Like the Ben Kenobi Mythos statue, the action figure’s face and timeline lies in-between Episodes III (Ewan MacGregor) and IV (Sir Alec Guinness). This is “an aged Ben Kenobi who has witnessed the destruction of the Jedi Order at the hands of the Empire.” And my goodness does it look alive and tired. It’s a perfect extension of the original trilogy’s Old Western sci-fi aesthetic – something we take for granted now but was revolutionary in its time. 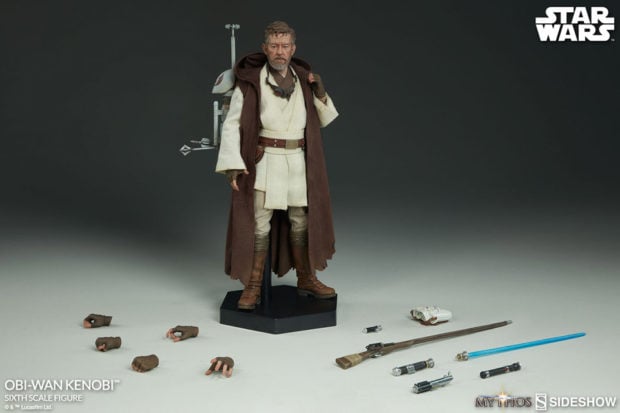 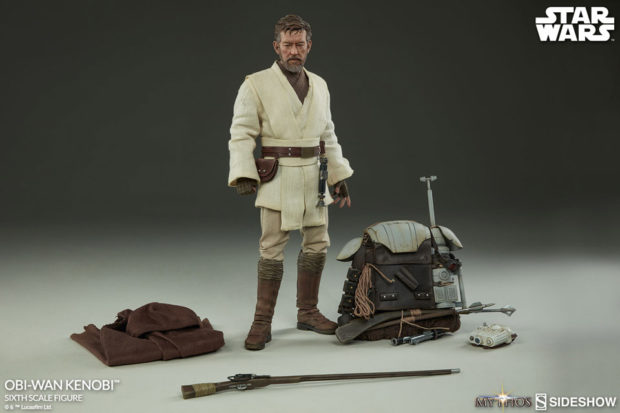 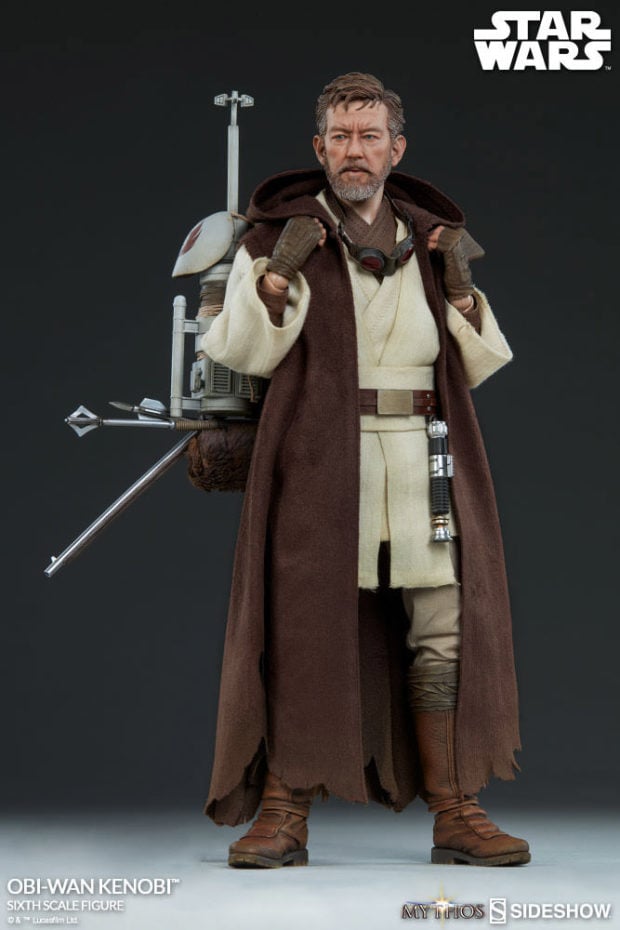 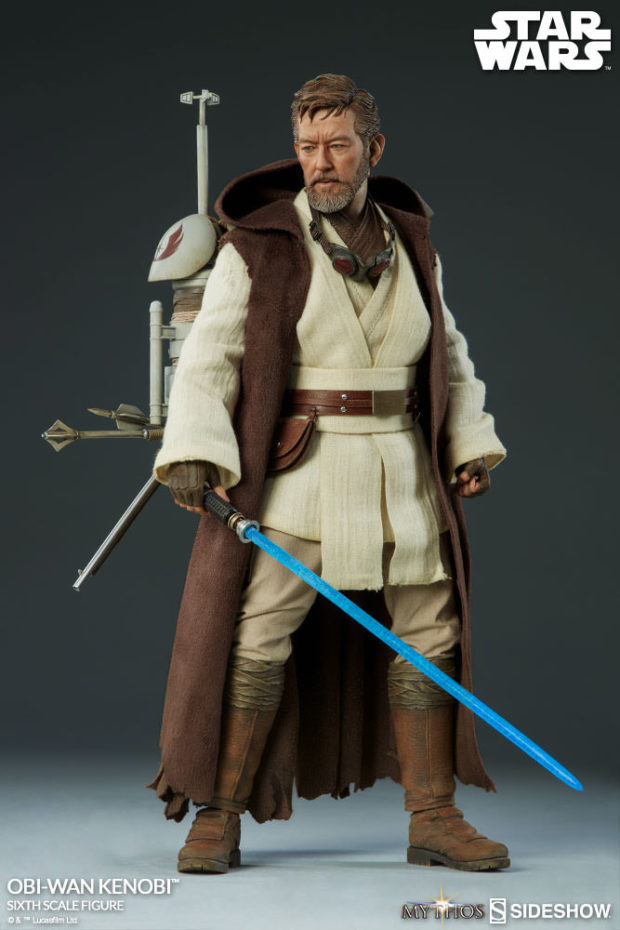 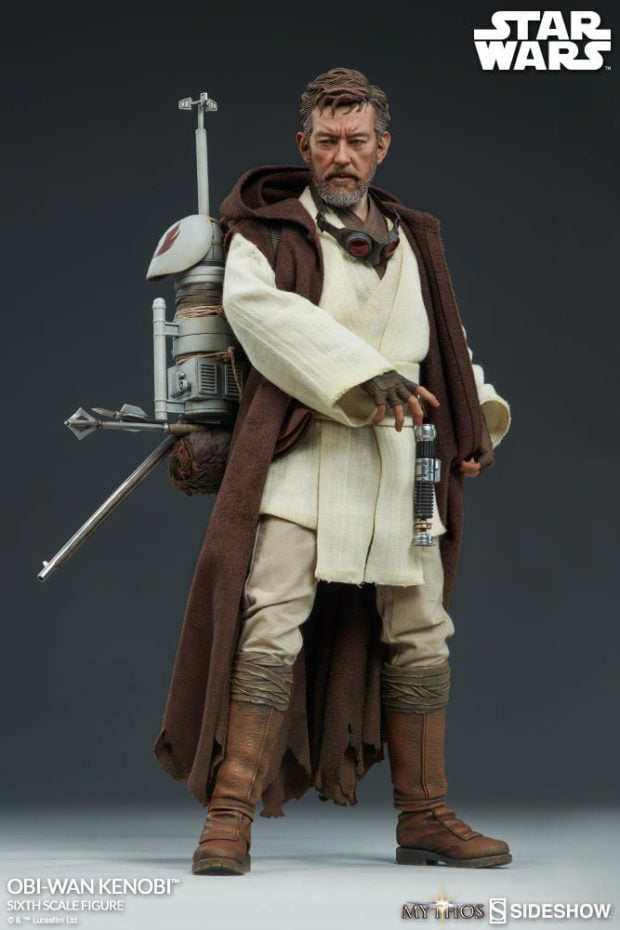 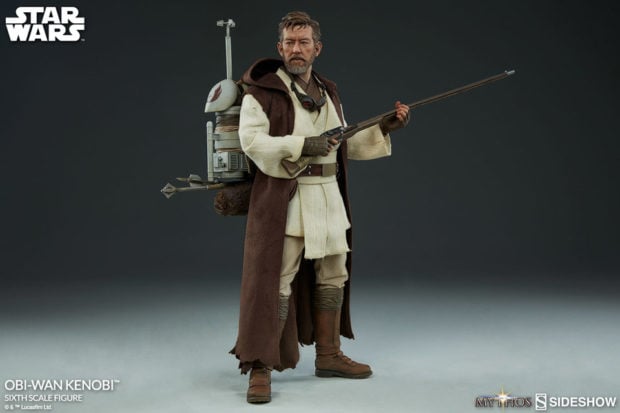 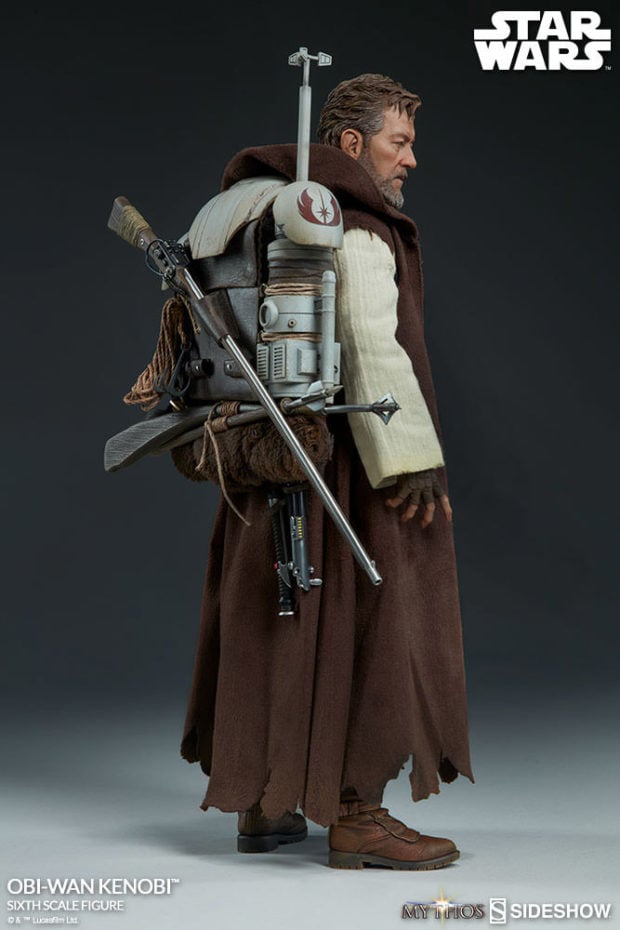 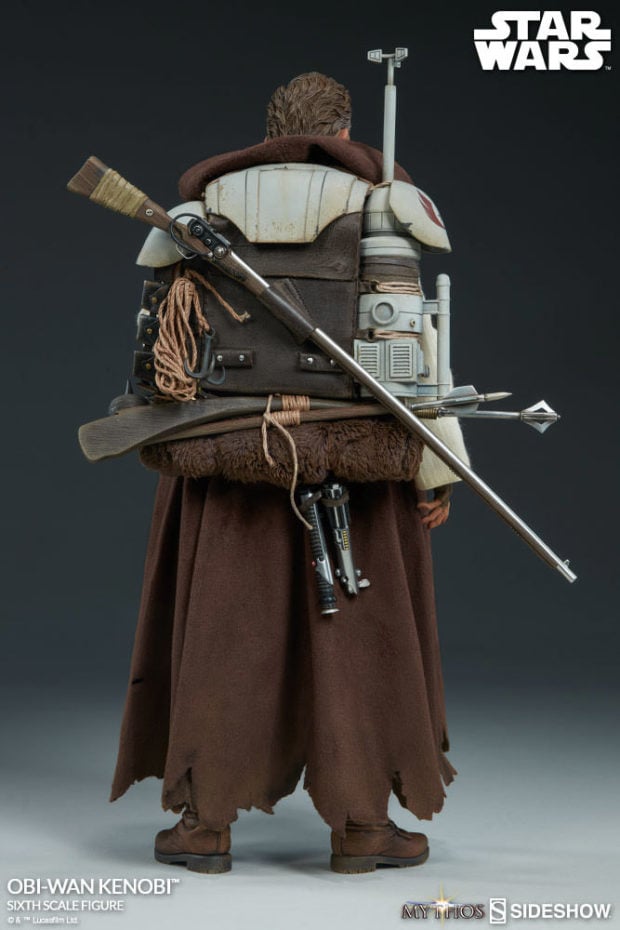 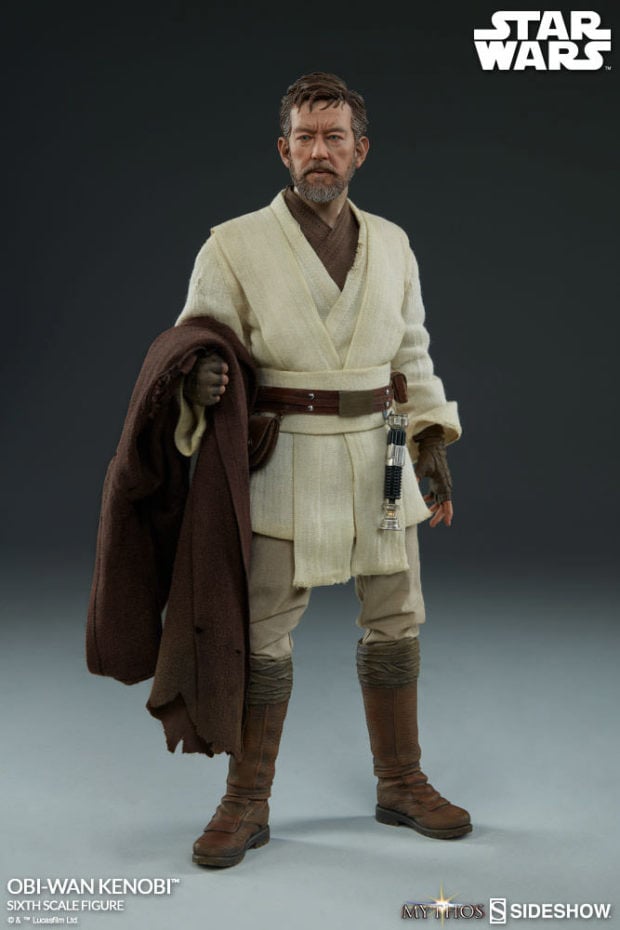 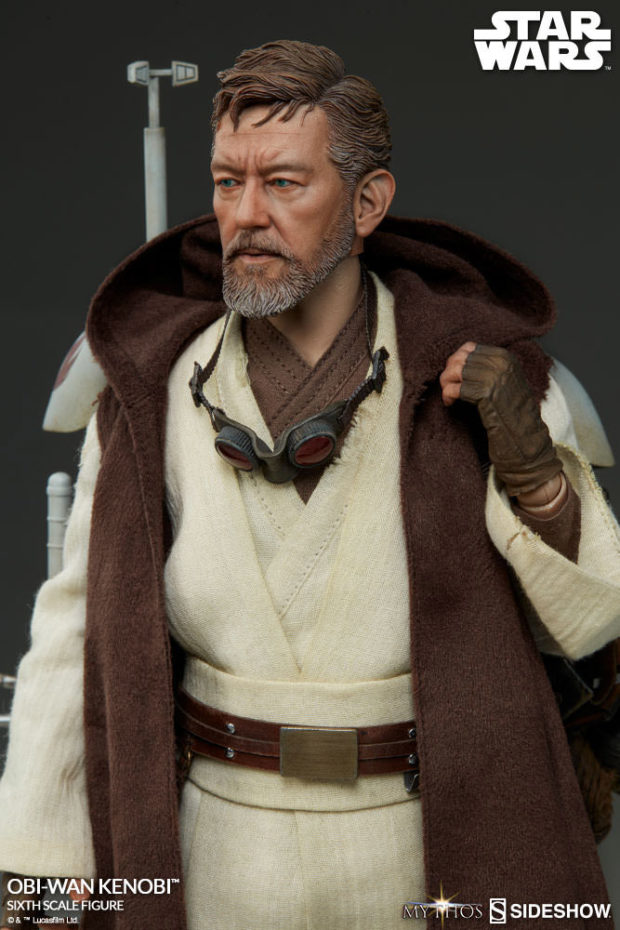 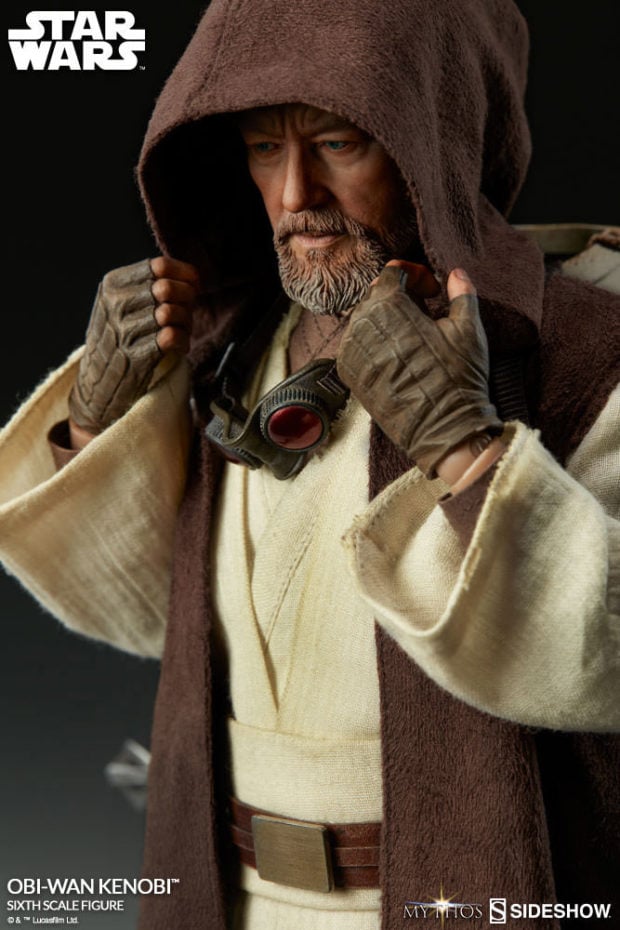 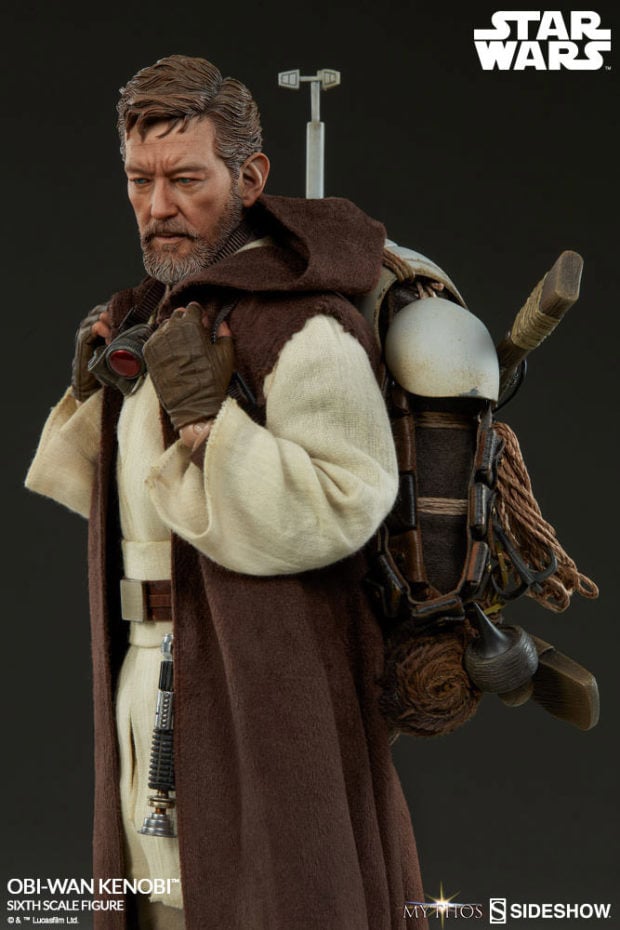 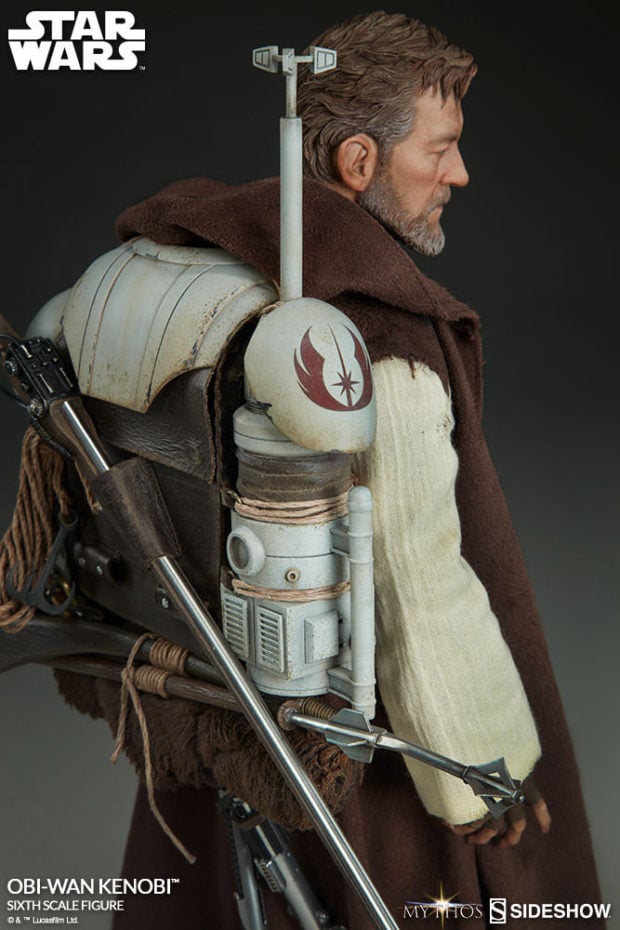 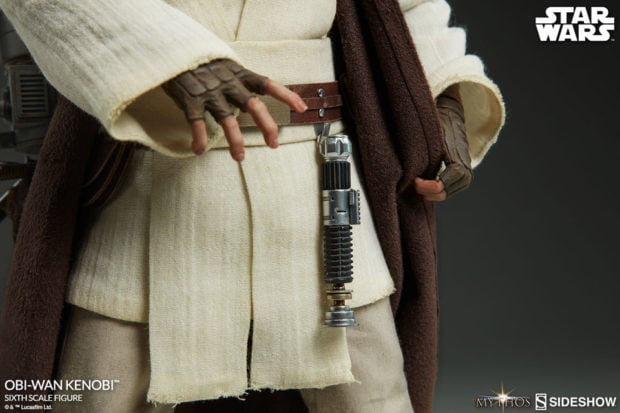 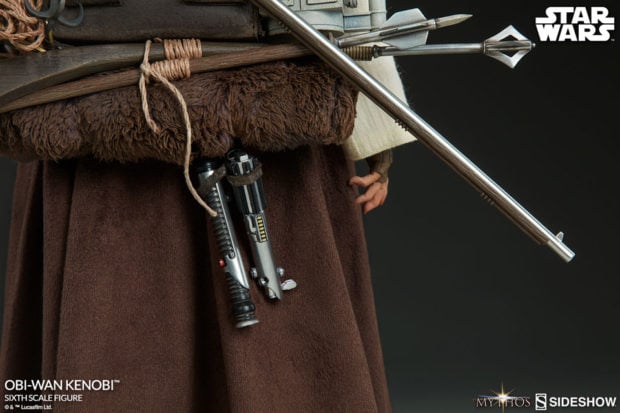 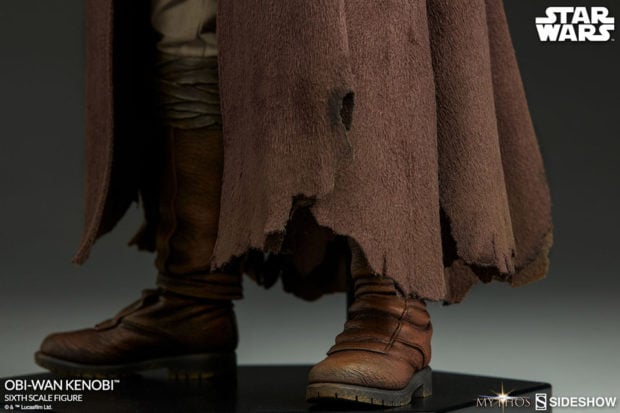 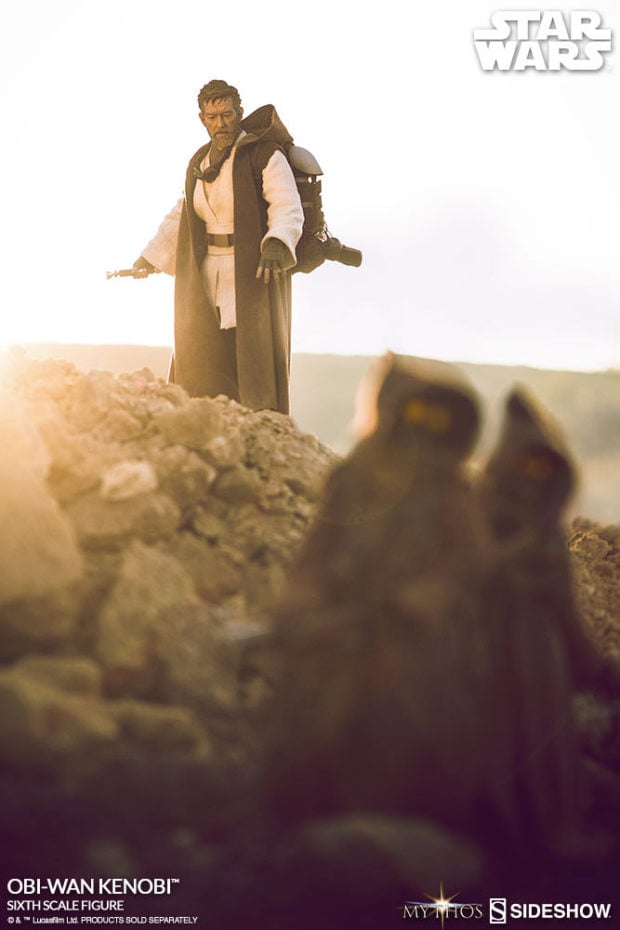 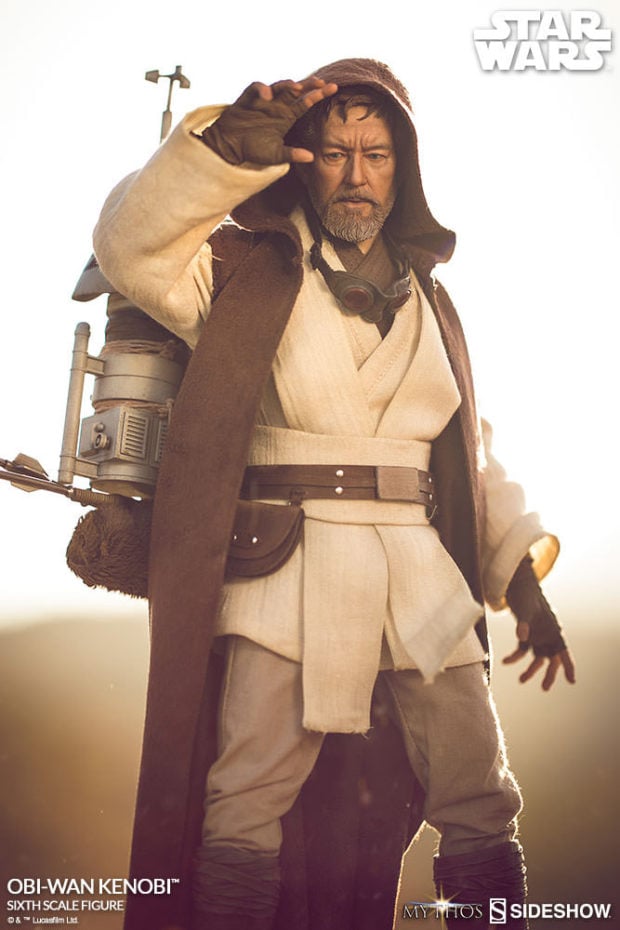 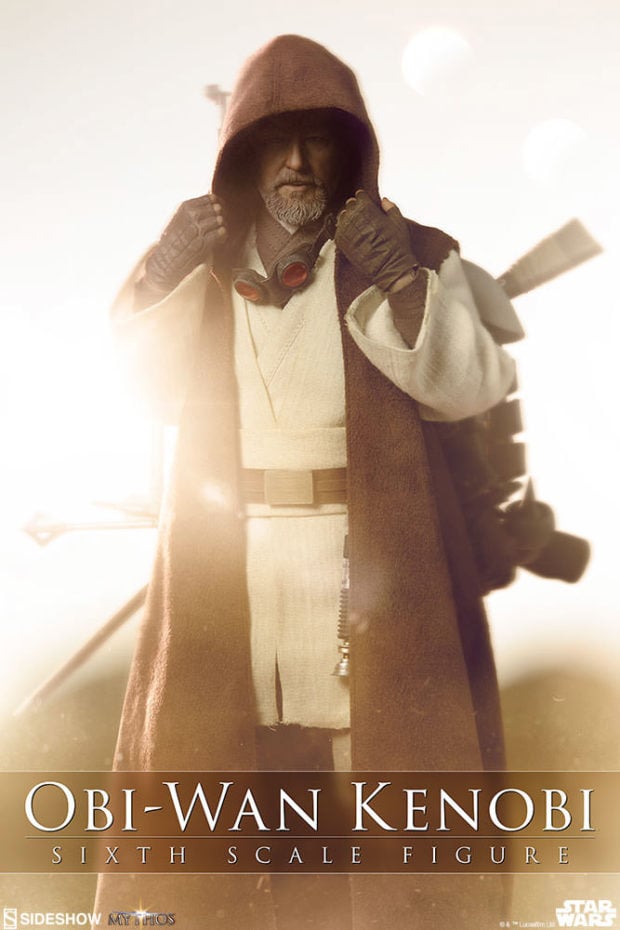 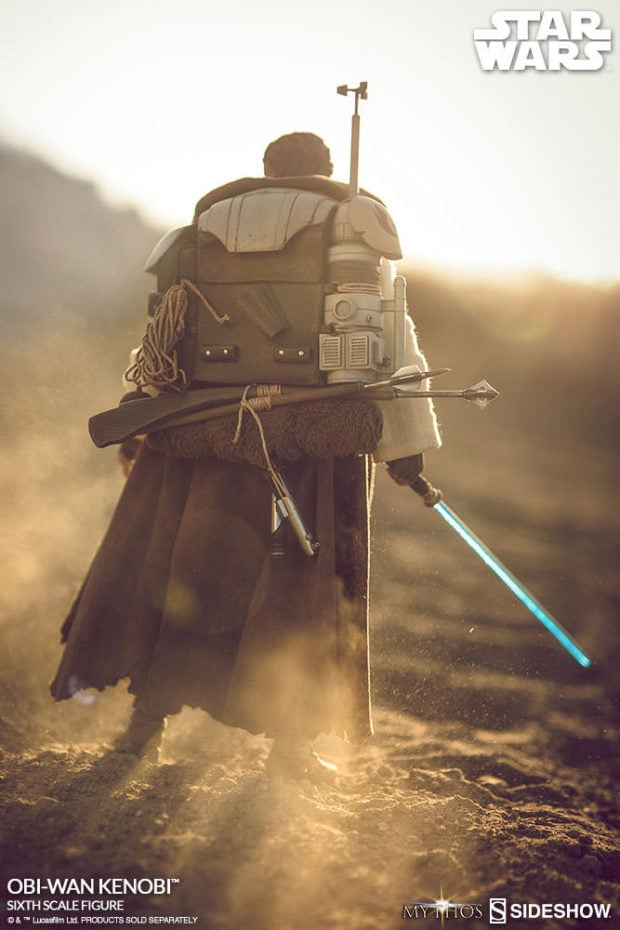