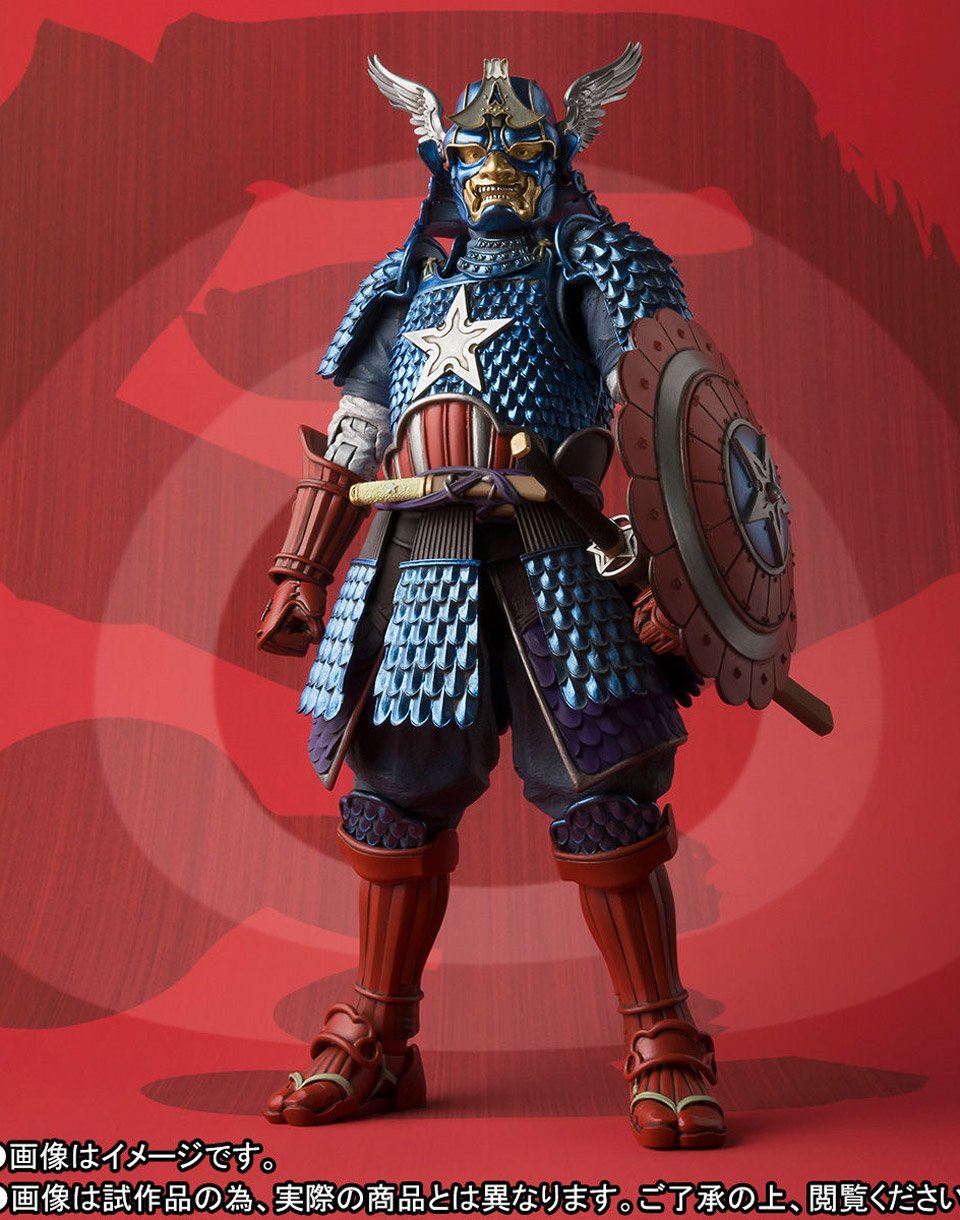 Bandai’s latest medieval Japan-infused Marvel action figure made the toy fair rounds earlier this year, and now it’s available for pre-order. After Spider-Man and Iron Man comes an armored samurai Captain America. The action figure’s most eye-catching detail is its star chest logo, which can be detached and held in one of its hands as a shuriken.

The figure also comes with a shield – which can be mounted on the figure’s back – a sword, a sheath and four interchangeable hands. You can pre-order it now from BigBadToyStore for $90 (USD). 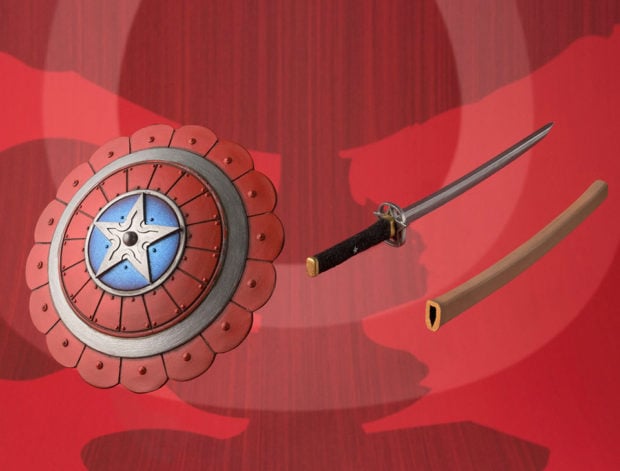 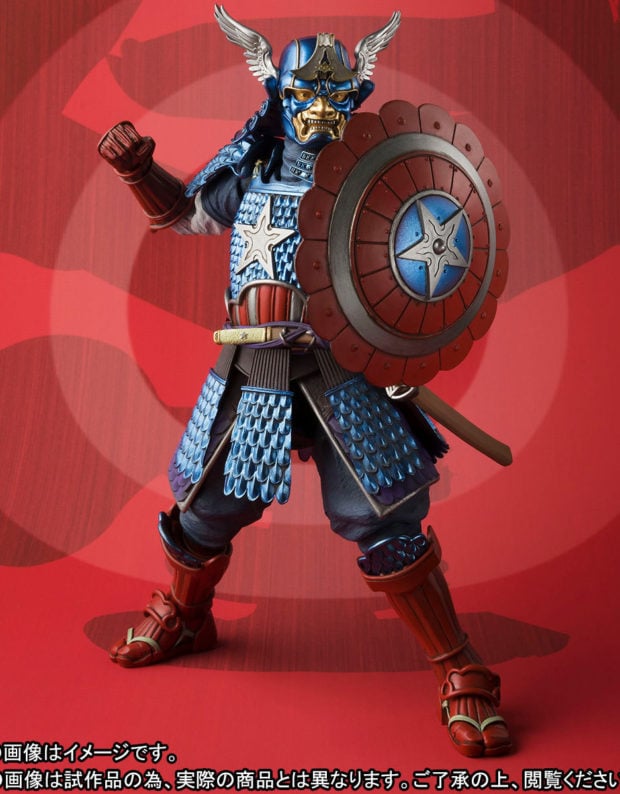 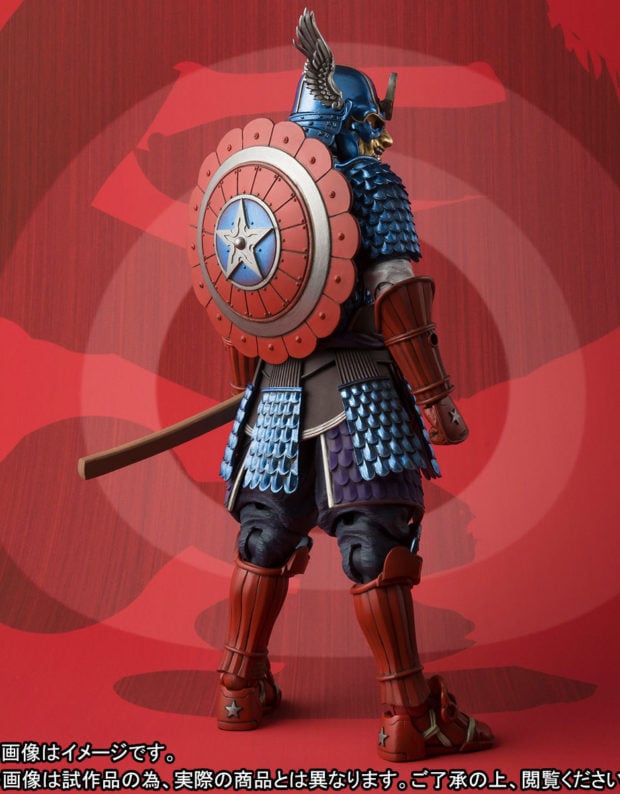 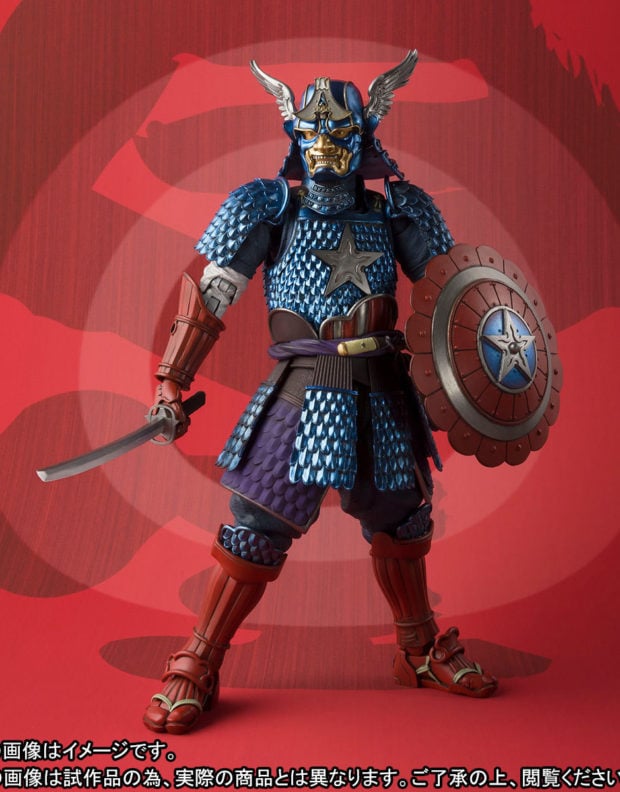 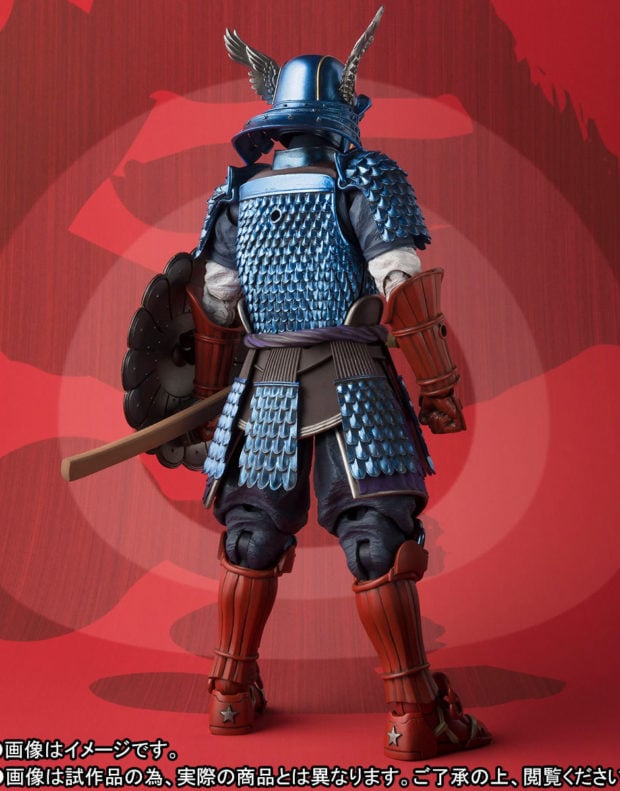 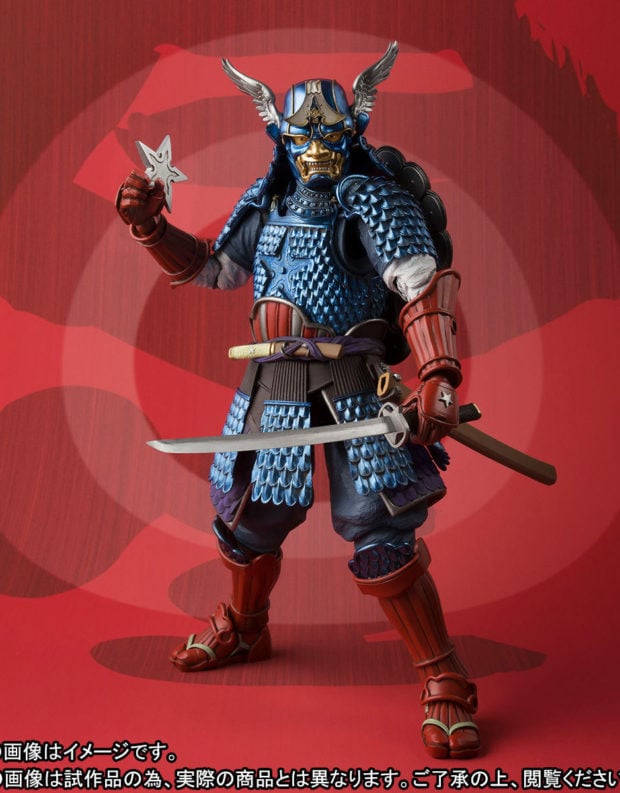 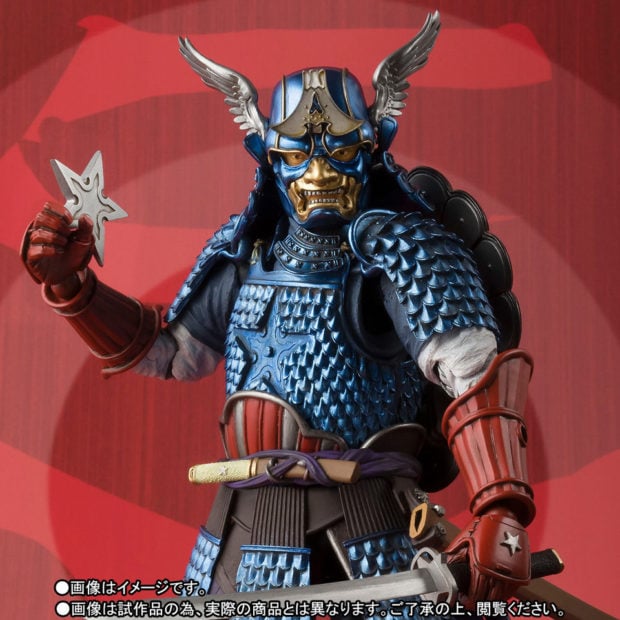 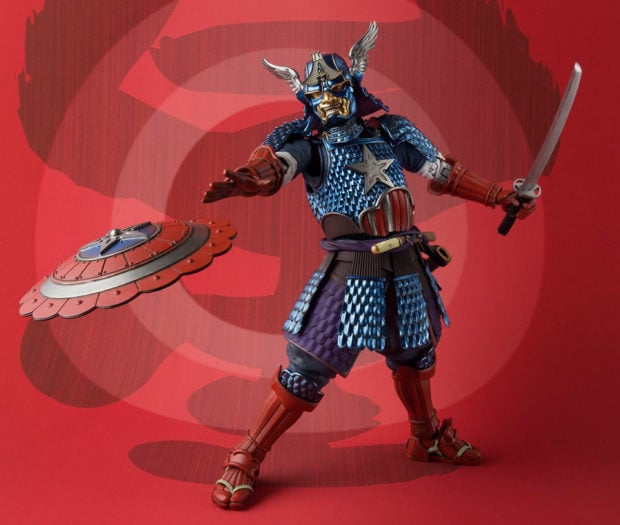