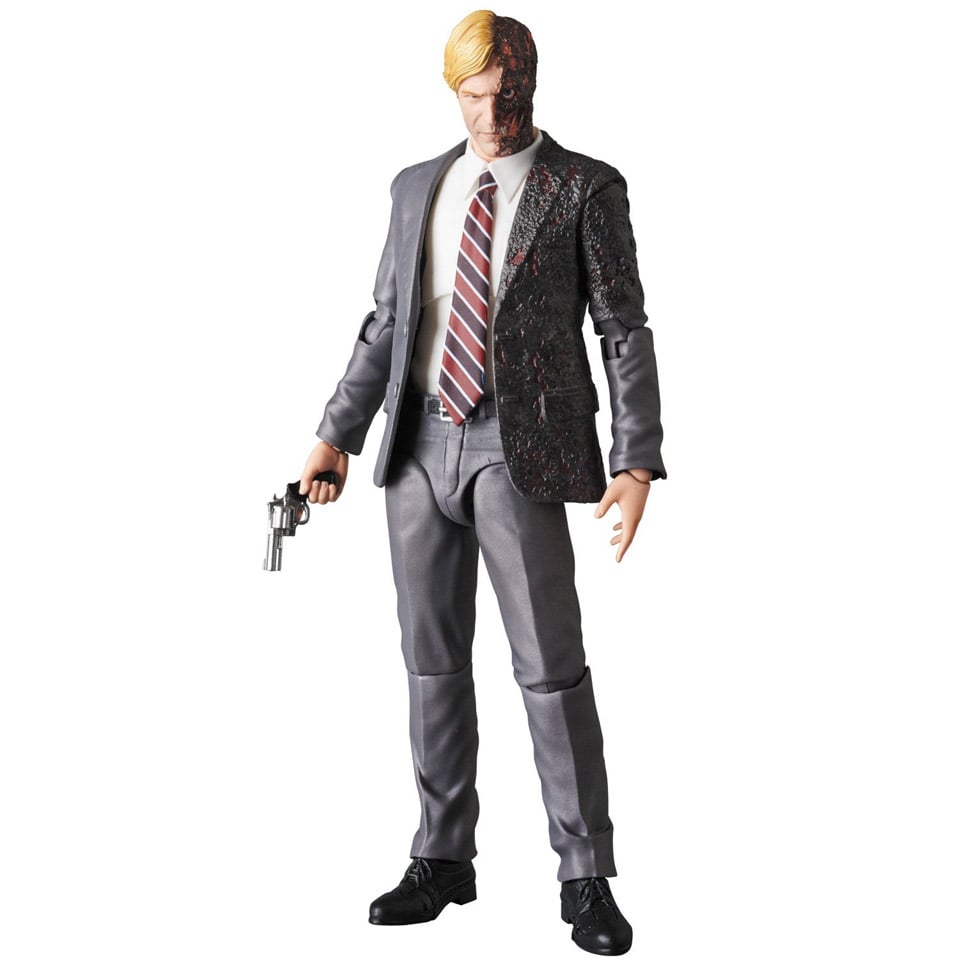 “It’s not about what I want. It’s about what’s fair!” Medicom’s newest MAFEX action figure is based on Aaron Eckhart’s portrayal of Harvey Dent and Two-Face in the movie The Dark Knight. True to the character’s nature, it’s like you’re getting two figures in one here.

The 6.5″ tall toy not only has a Harvey head and a grisly Two-Face head, it also comes with a clean suit jacket and a burned jacket. It also comes with a revolver, an “I Believe in Harvey Dent” pin and Two-Face’s trademark coin. You can pre-order the action figure from Amiami for about $58 (USD). 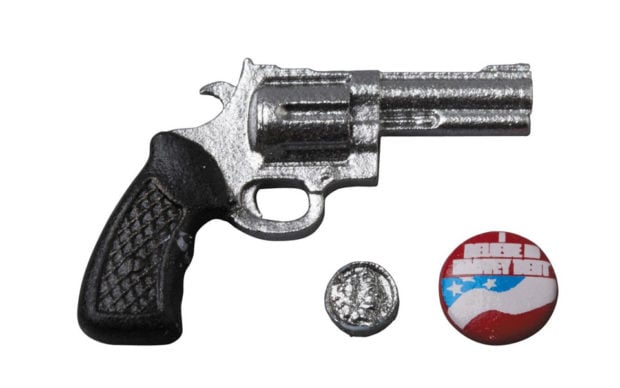 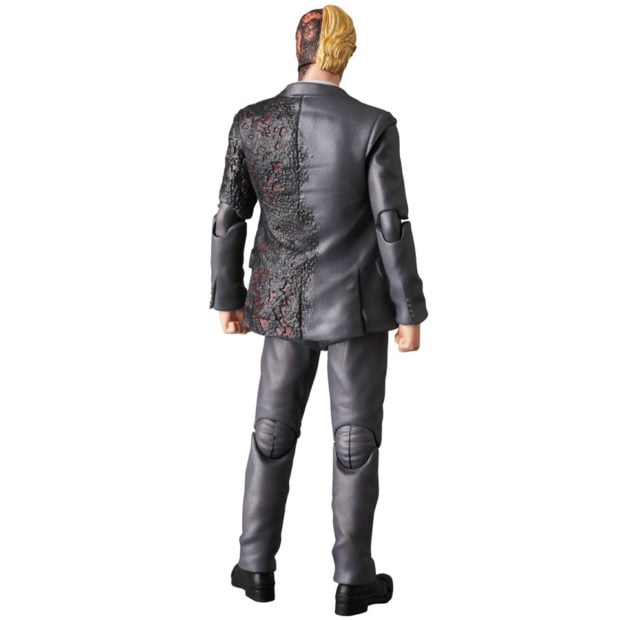 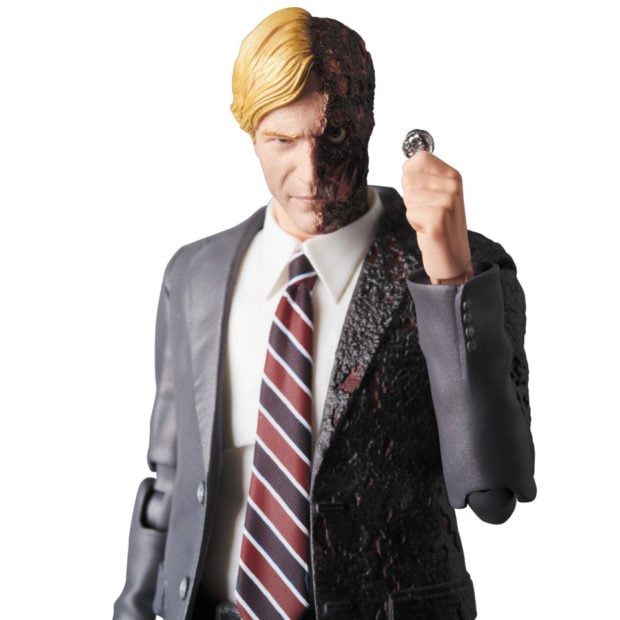 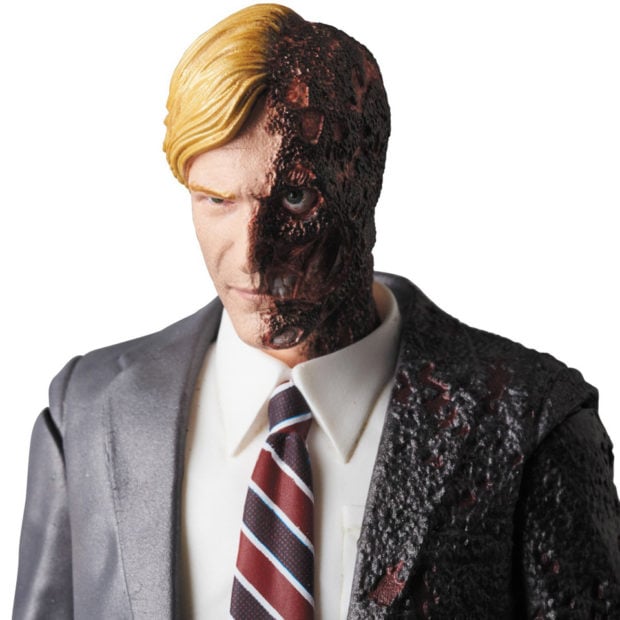 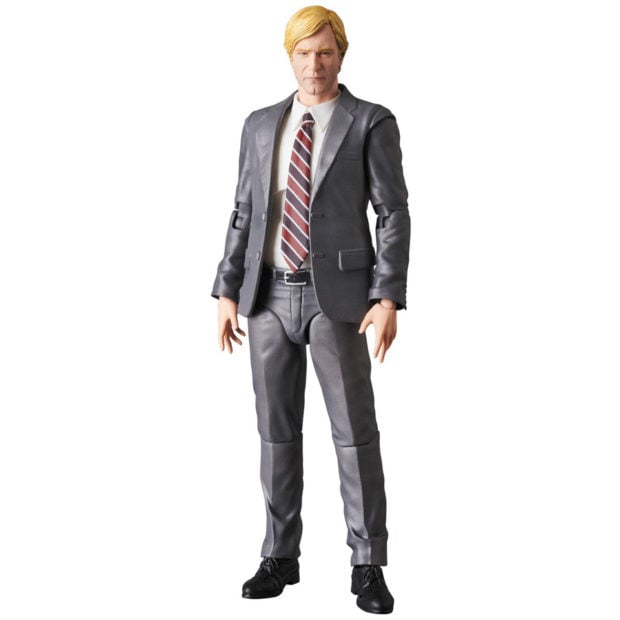 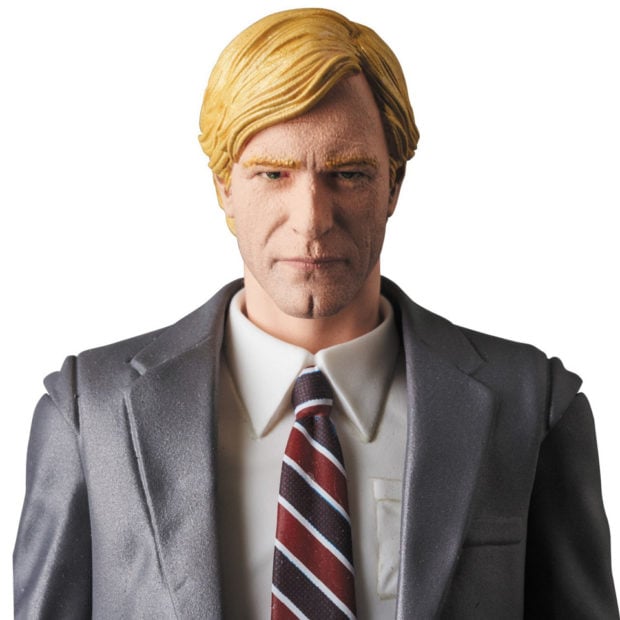 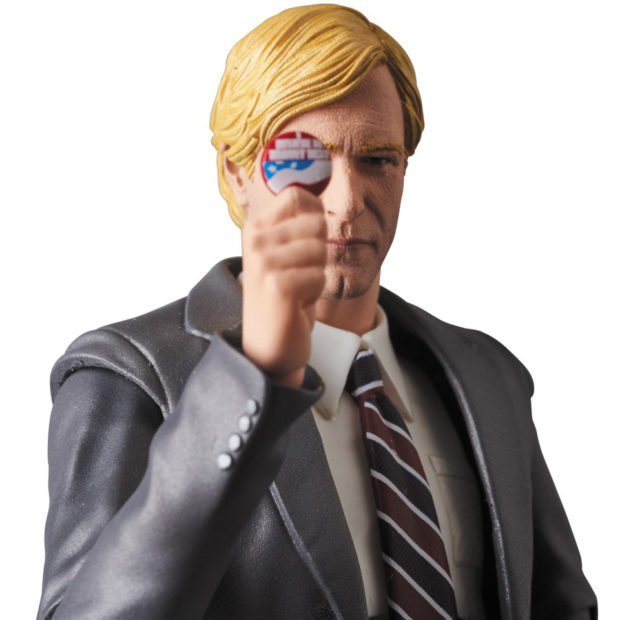