Mattel recently introduced a remote-controlled toy that’s based on the Batmobile’s appearance in the upcoming Justice League movie. The toy’s miniguns and missile launchers move in sync with the front wheels. The same goes for the steering wheel, a feature that’s made even cooler by the included 6″ Batman action figure.

When you place the figure inside the Batmobile’s cockpit, you can make it hold the steering wheel, so his arms will move accordingly when you steer.

Other features include the throttle-sensitive exhaust – yep, the toy emits smoke from its exhaust pipe! – and engine sound effects, a rear end that can be raised for a more off-road style, and a POV camera that streams video to the remote control mobile app. 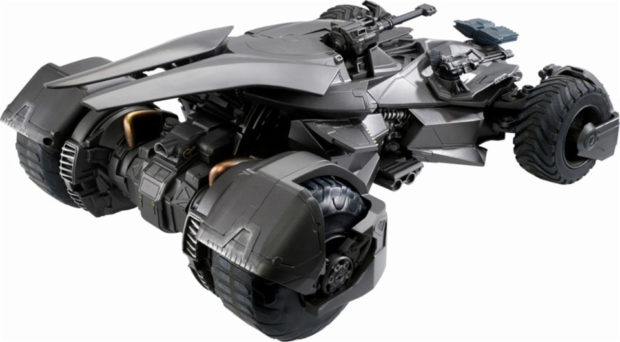 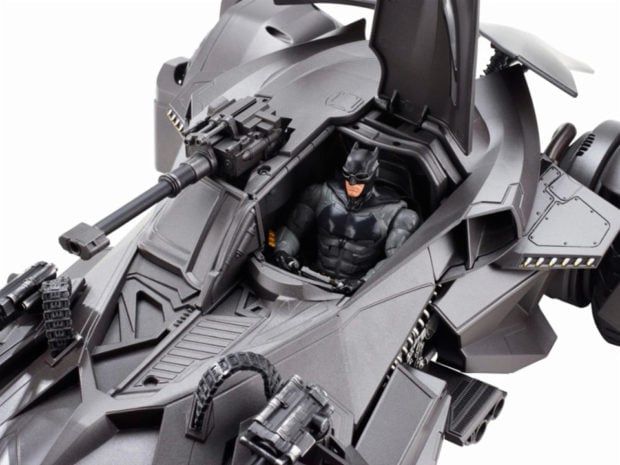 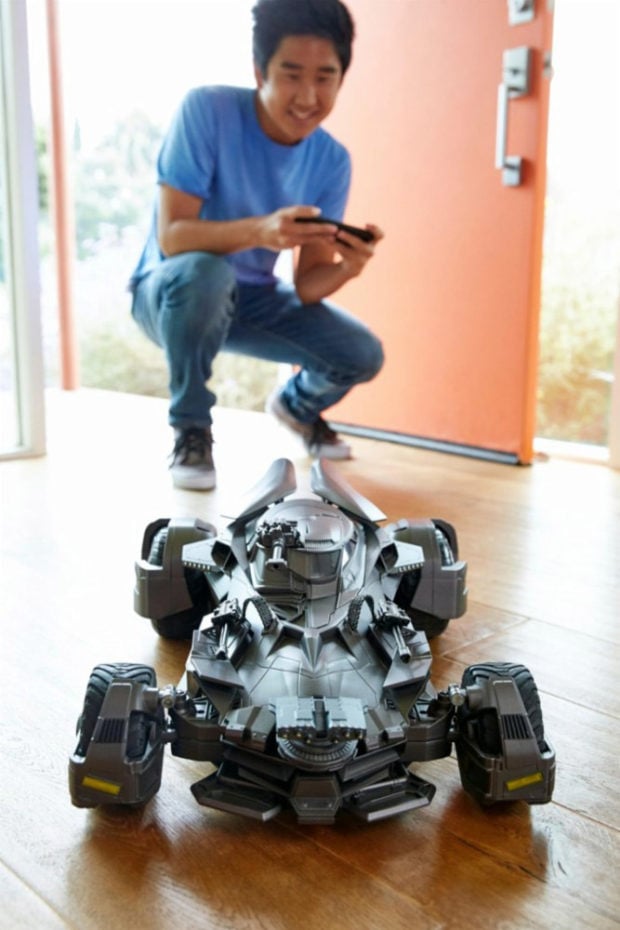 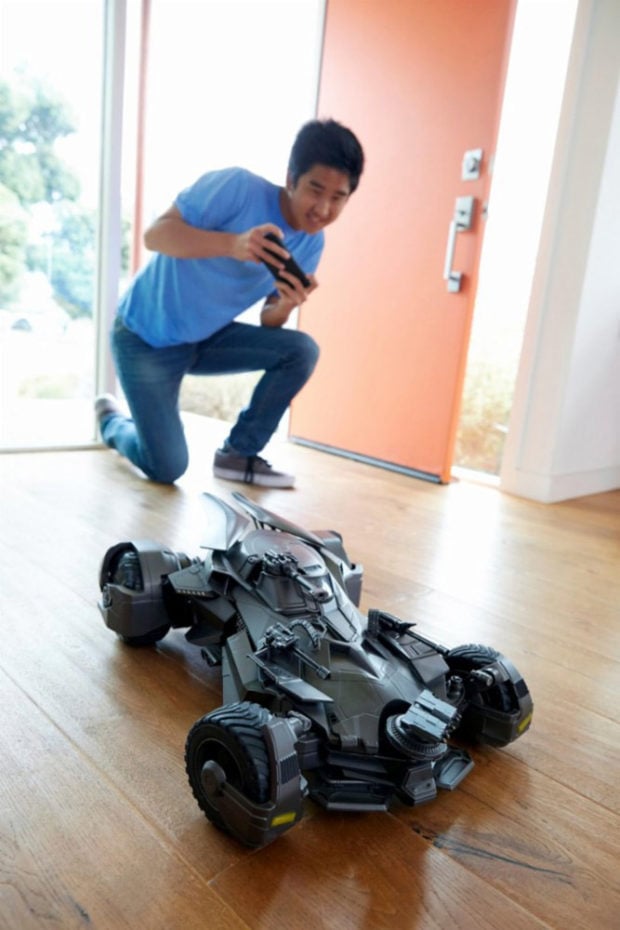