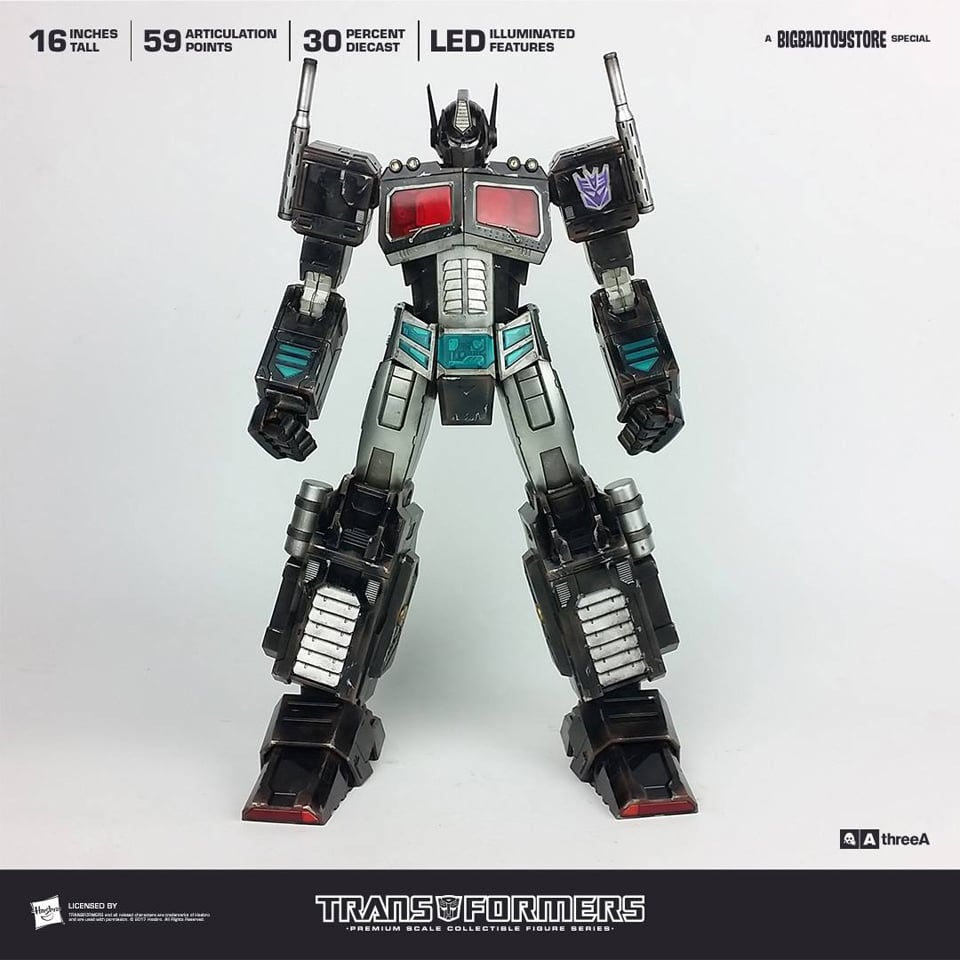 Takara Tomy’s Nemesis Prime was re-released just a month ago. But if you’re looking for a more metal version of Optimus Prime’s evil twin, 3A Toys and BigBadToyStore have what you’re looking for. Like 3A’s Optimus Prime, this action figure stands 16″ tall and is made of 30% die-cast metal. It comes with a blaster rifle, an Energon Ax and the Dead Matrix, as well as magnetic tankard grenades and tire wells. The figure’s eyes, Matrix chamber, Decepticon badge and blaster rifle are all backlit by LEDs.

It’s limited to 300 pieces and is officially exclusive to BigBadToyStore for $390 (USD). 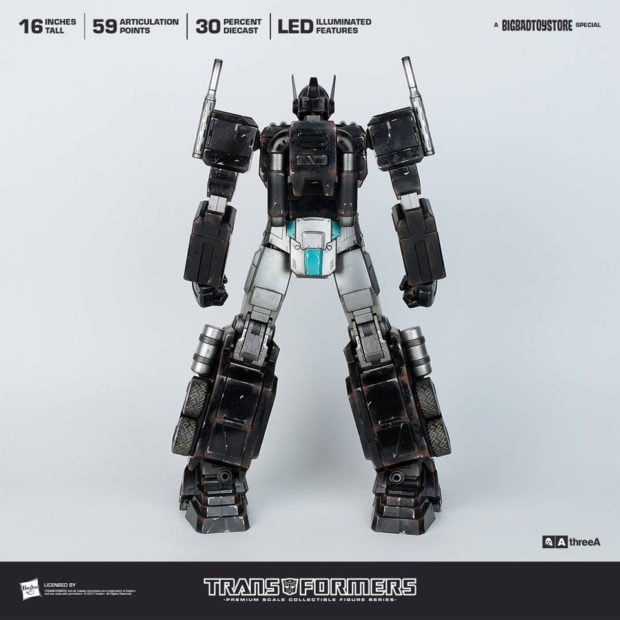 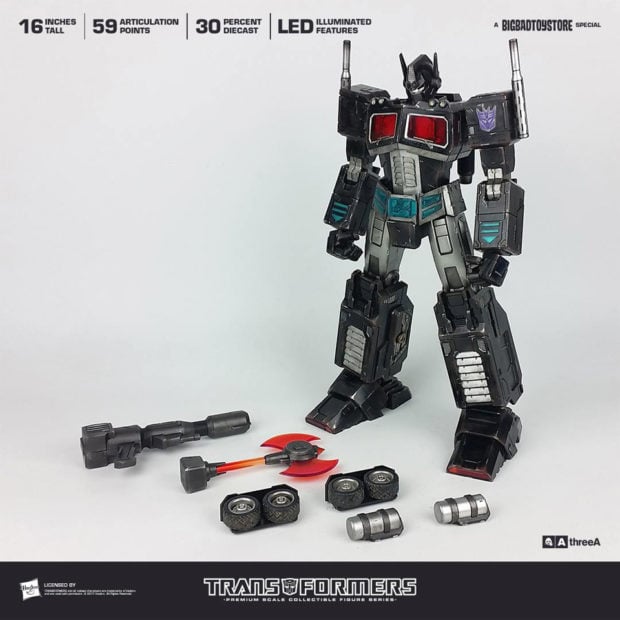 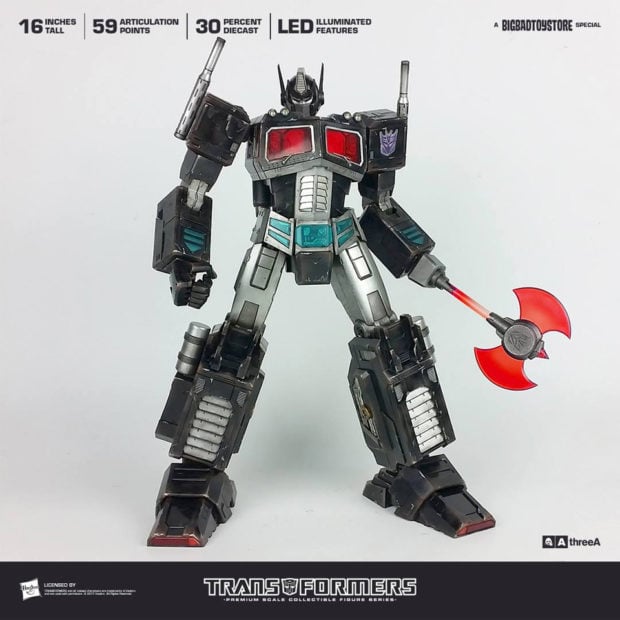 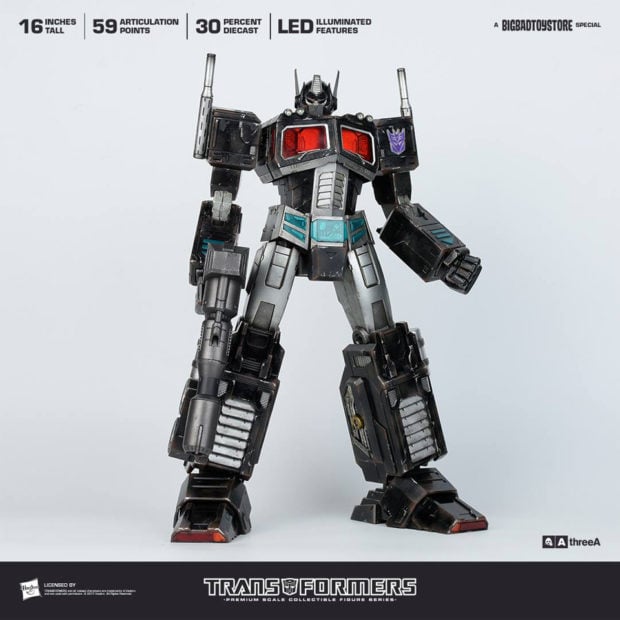 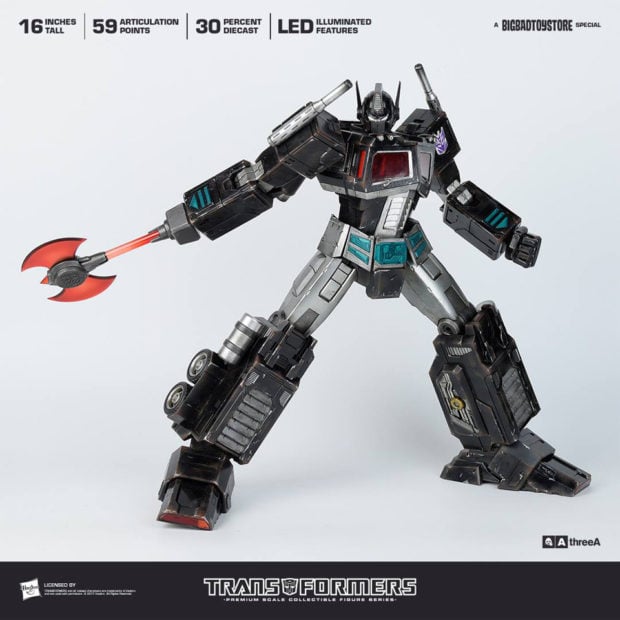 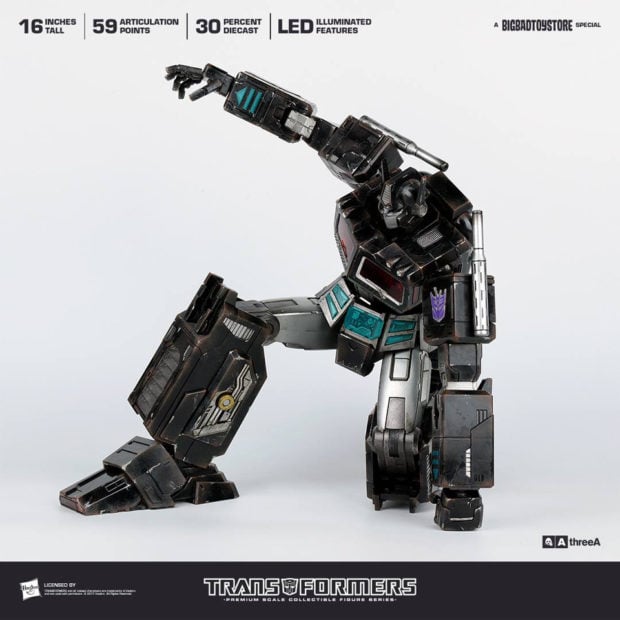 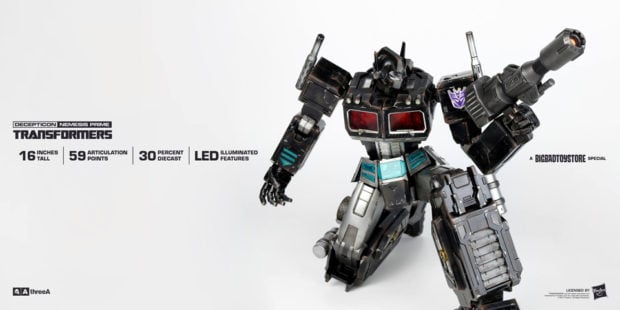 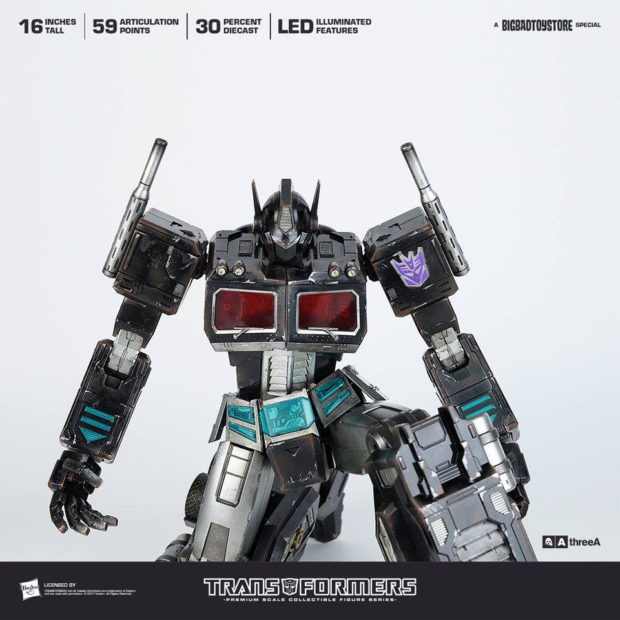 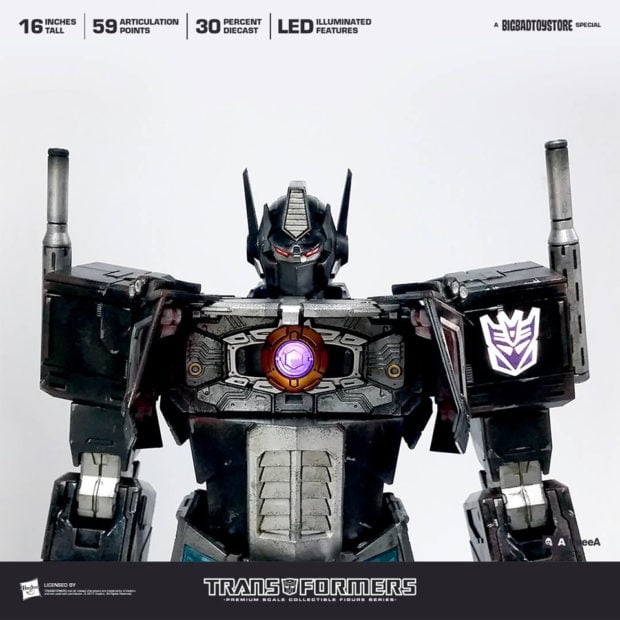 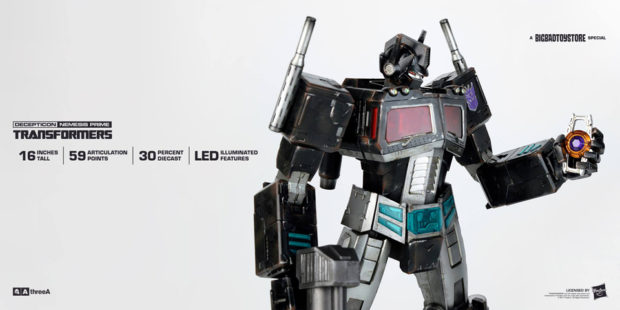 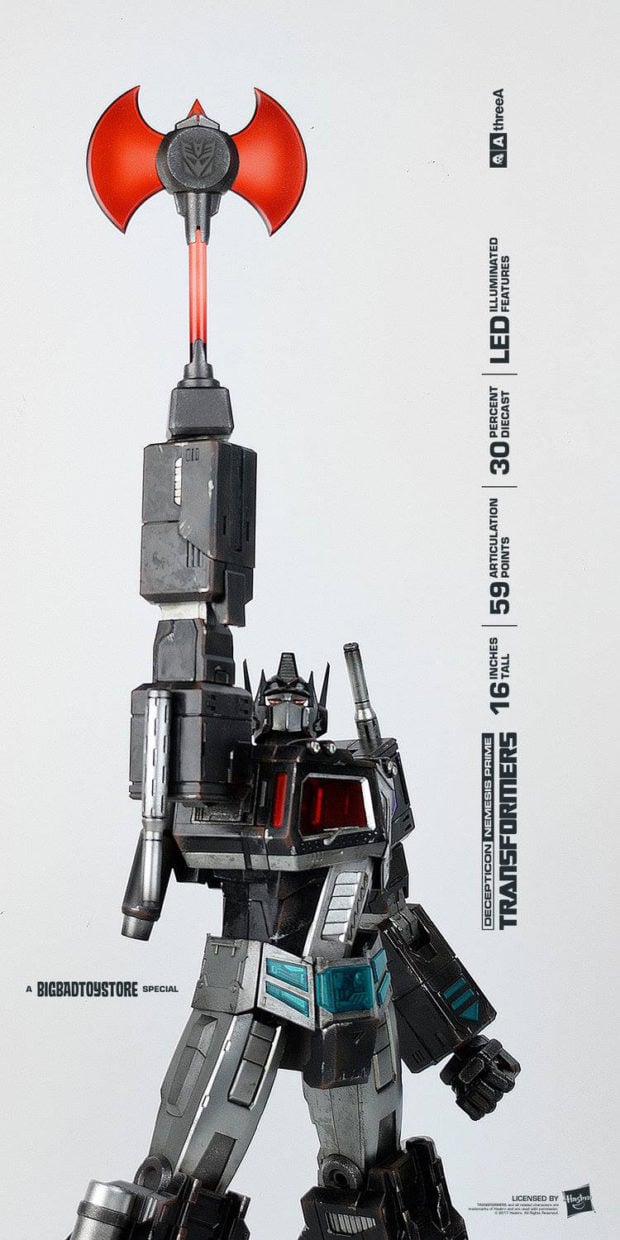