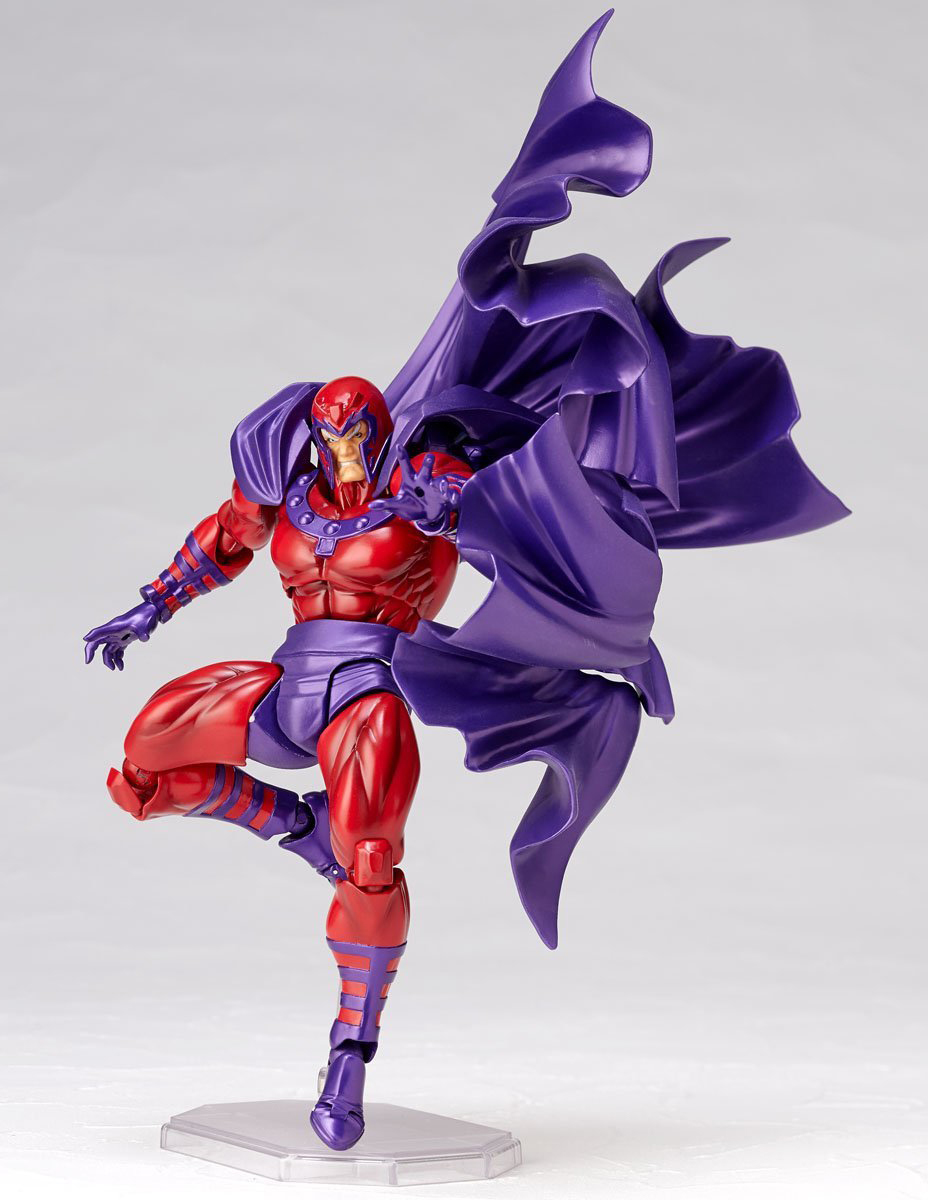 The latest action figure from Revoltech and sculptor Katsuhisa Yamaguchi features the Master of Magnetism. Unlike the characters from recent Amazing Yamaguchi figures, Magneto isn’t known for his agility or melee fighting skills. But the 6.5″ tall action figure is as poseable as the best of them, thanks in part to its billowy and articulated cape. Best of all, the figure comes with two attachments for its hands with magnets embedded in them. It’s true to the character and somewhat functional! You’ll also get two pairs of hands, a removable helmet, two heads, and two faces. I’m not a fan of the heads and the faces, but the magnets and the classic costume more than make up for them.

You can pre-order the action figure from Amiami for about $52 (USD). 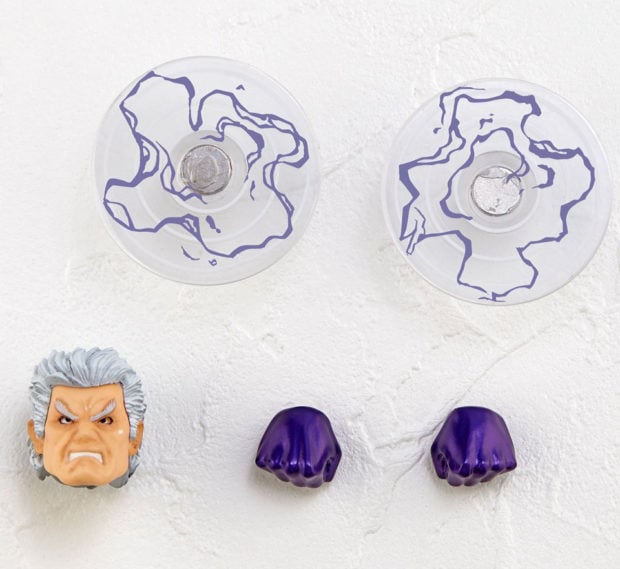 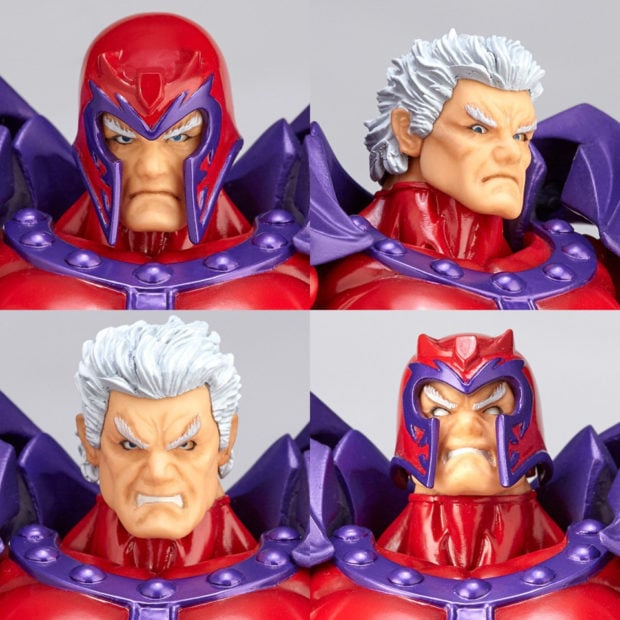 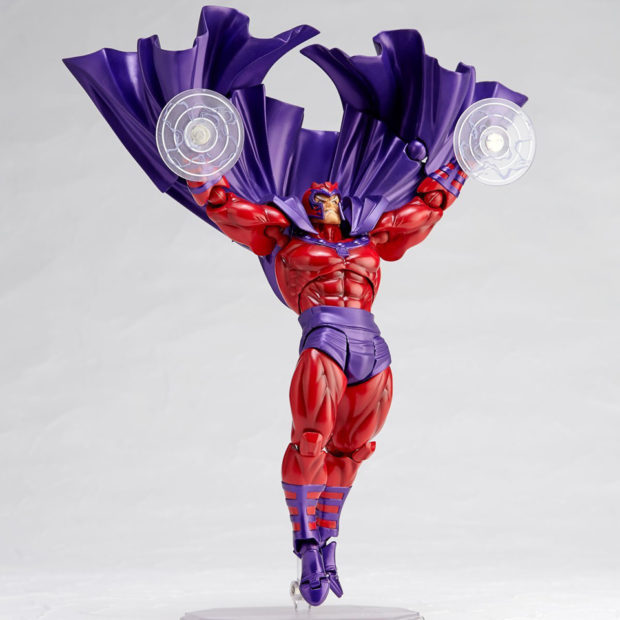 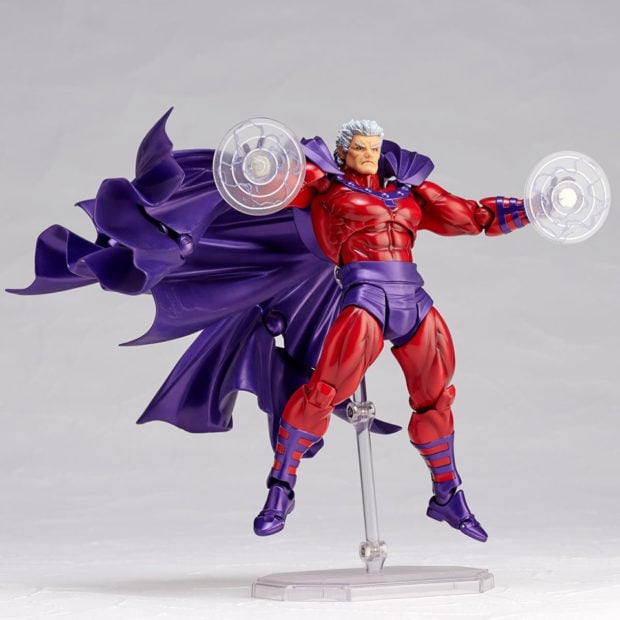 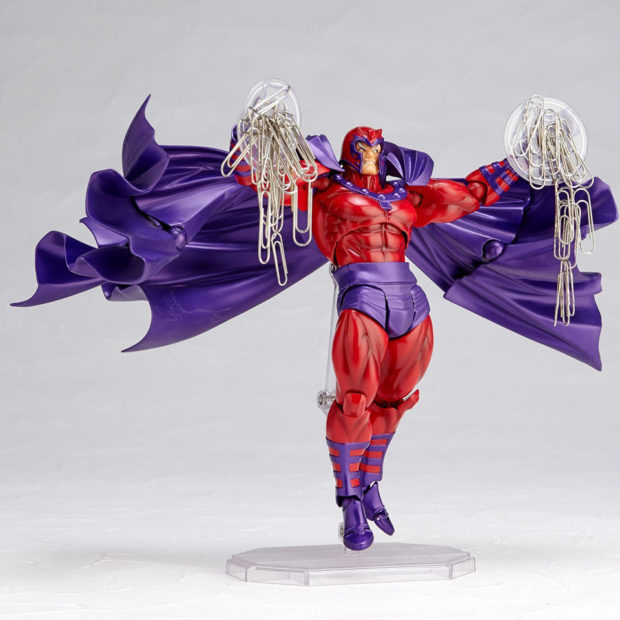 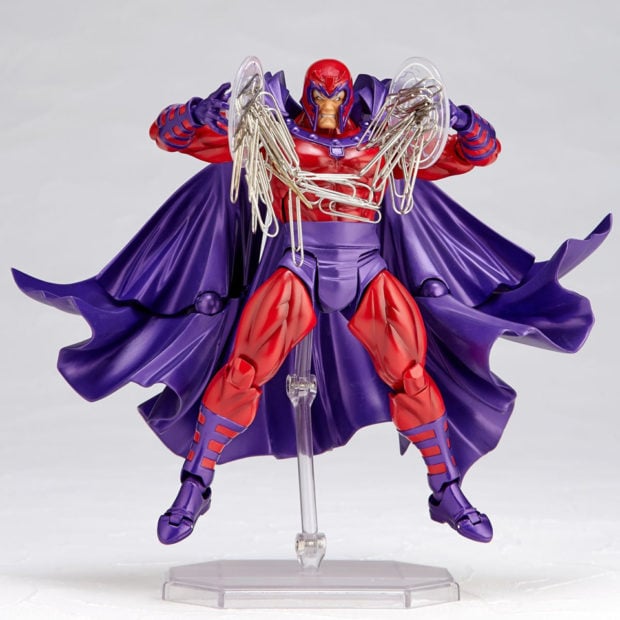 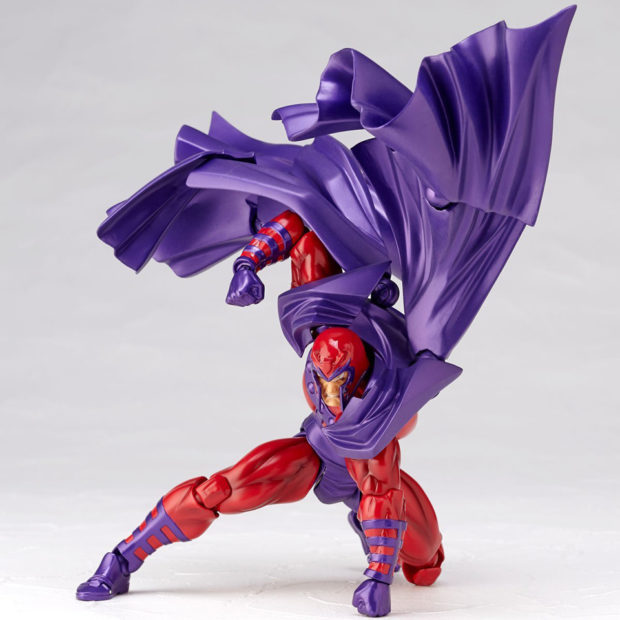 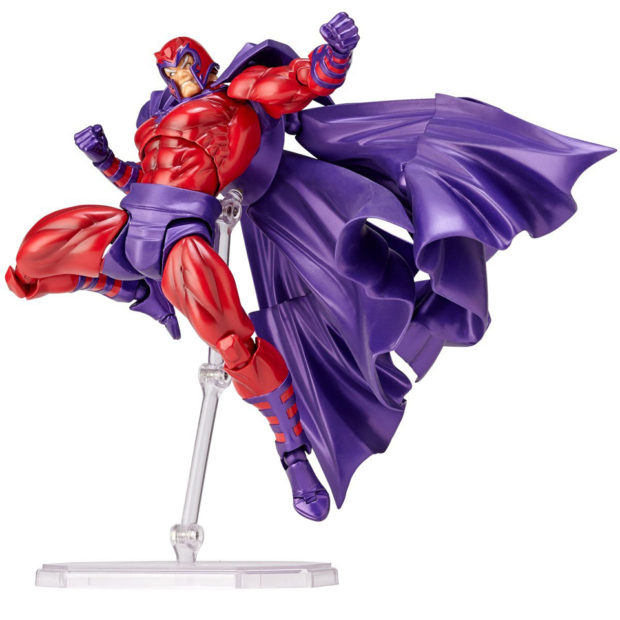 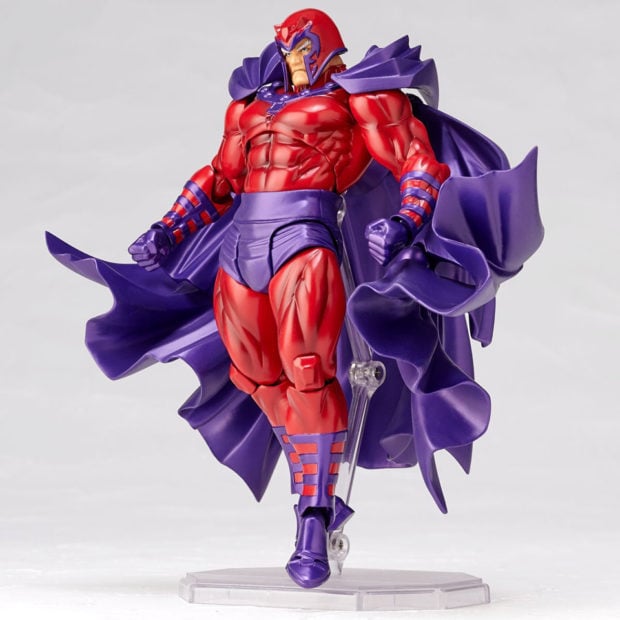 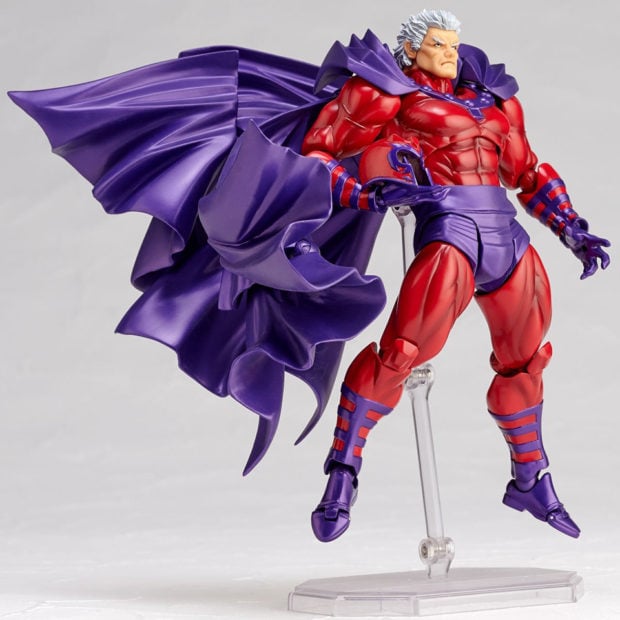 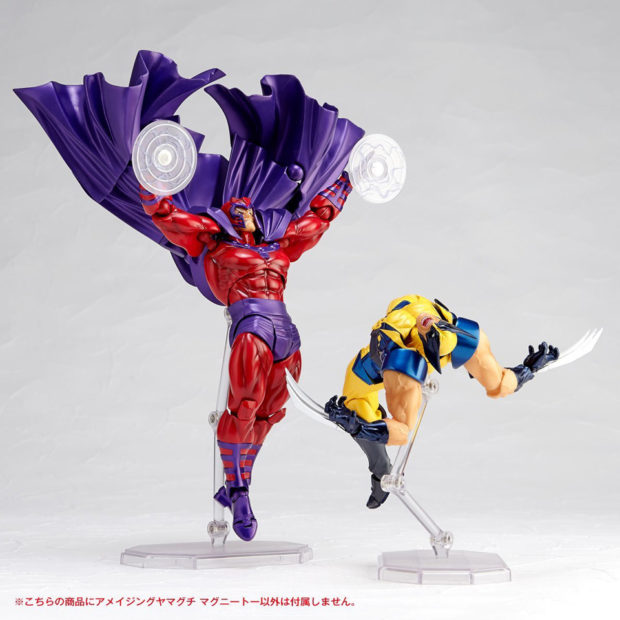