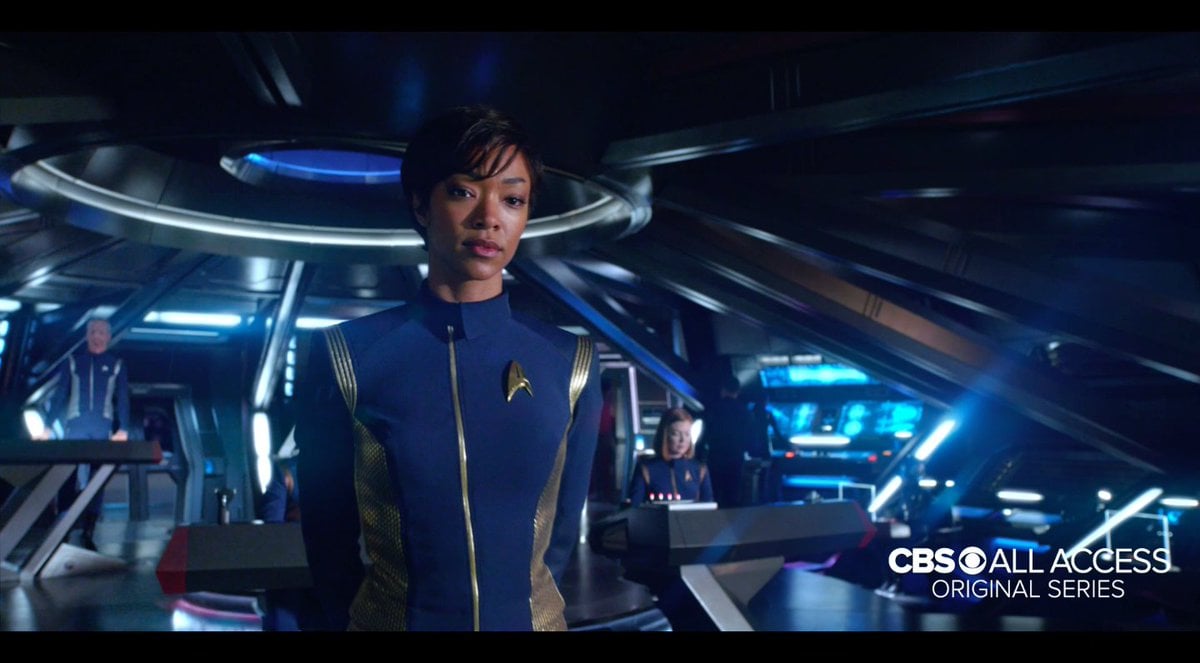 Boy, I want to like STD (another unfortunate Star Trek: Discovery choice is its abbreviation) but they are making it hard at every turn. As it turns out, lead character Commander Michael Burnham is the half-sister of Spock. *sigh* Why? Why? Why must they always shrink this expansive universe?

The relationship was confirmed at SDCC. Commander Burnam was apparently raised on Vulcan by her mother Amanda who was then married to Spock’s father, Sarek. It makes Sarek look bad for being so cold to his son, yet he apparently has time for this daughter. At least in the first episode anyway.

The more I find out about this show, the less interested I am. It is sad, because the world could use a proper Star Trek show. I guess I will try to stay positive, but it is hard.