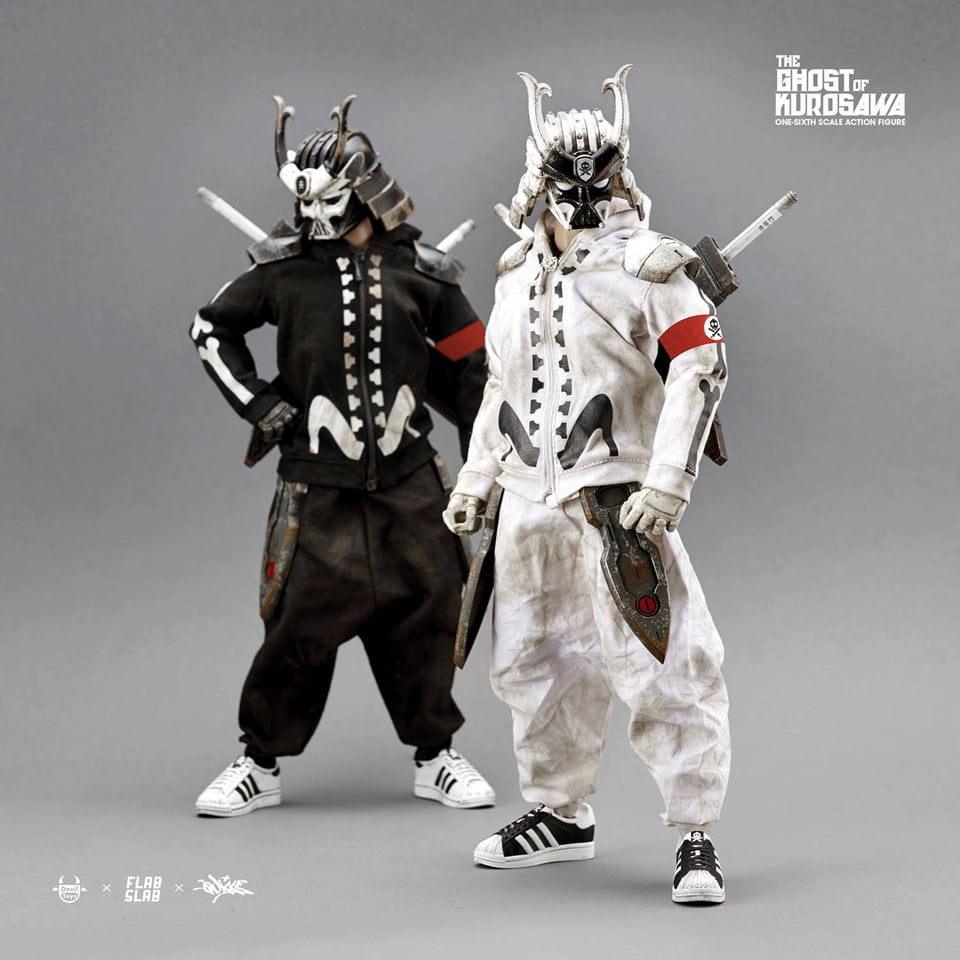 “Hip hop from hell.” Devil Toys collaborated with design collective Flab Slab and artist Quiccs – famous for his TEQ63 and Storm King figures – to create a pair of dope sixth-scale action figures. The Ghost of Kurosawa takes Darth Vader’s helmet back to its samurai armor roots before giving the rest of its body an urban twist. It comes with three pairs of hands, six kunai, two paint cans, an extra pair of shoes and three swords, the third of which is a wicked take on Vader’s lightsaber.

The action figure has two versions; the white one is limited to just 100 units. I think the black one looks better anyway. You can pre-order them now for $180 (USD). 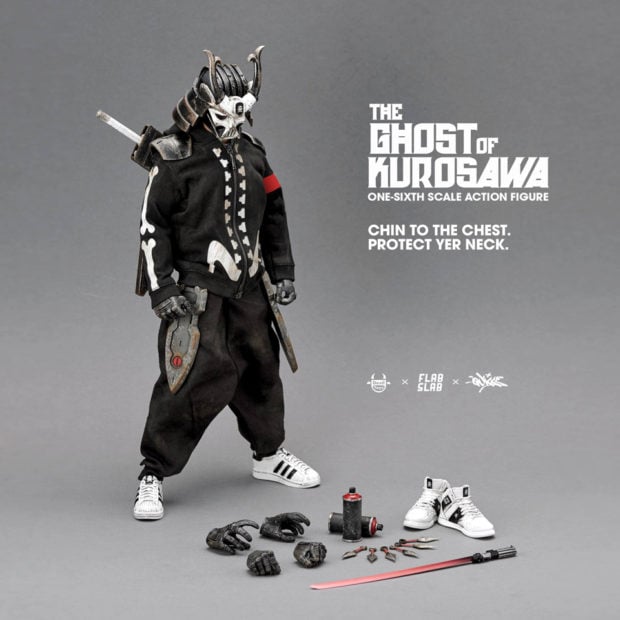 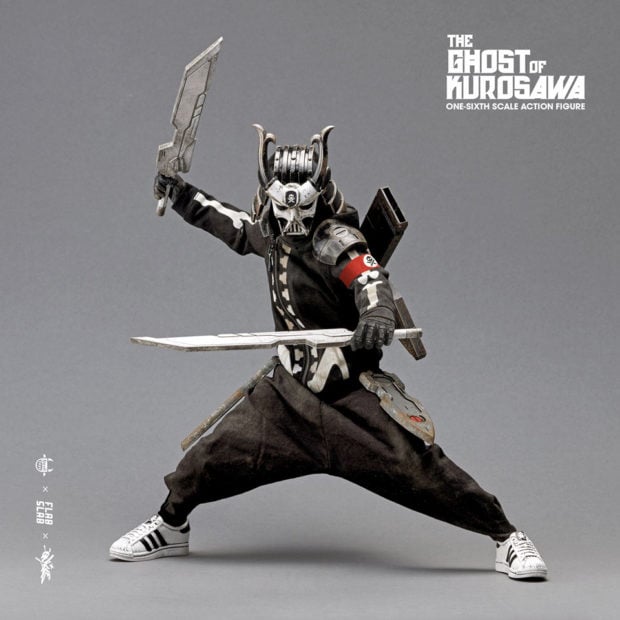 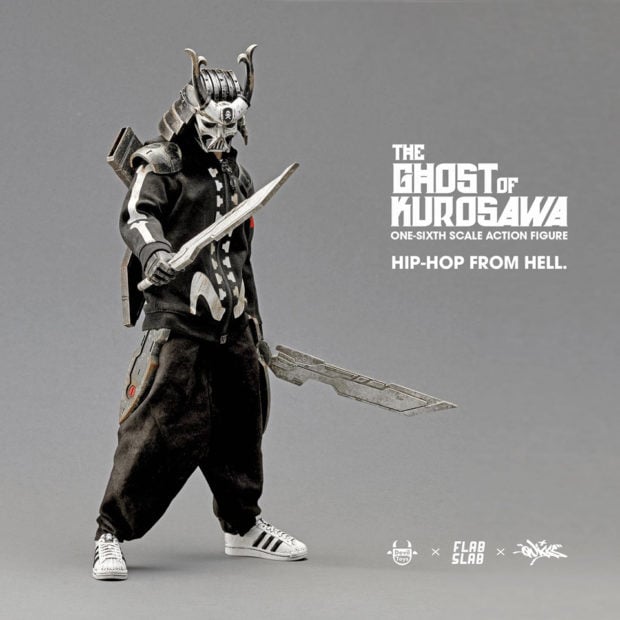 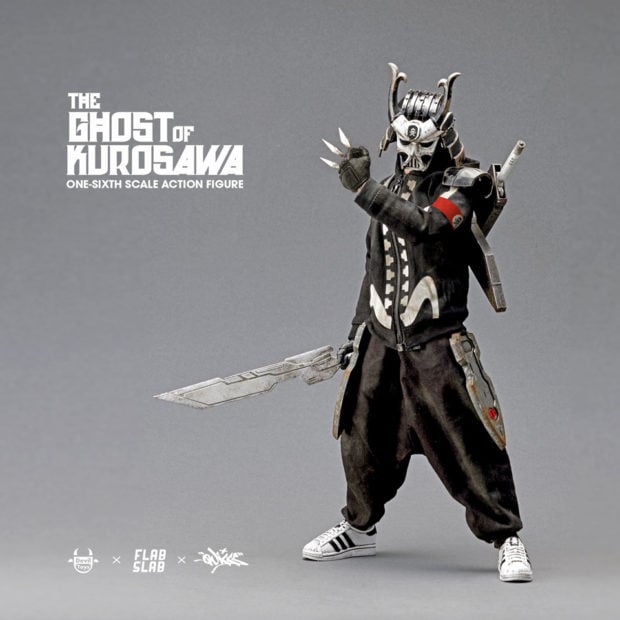 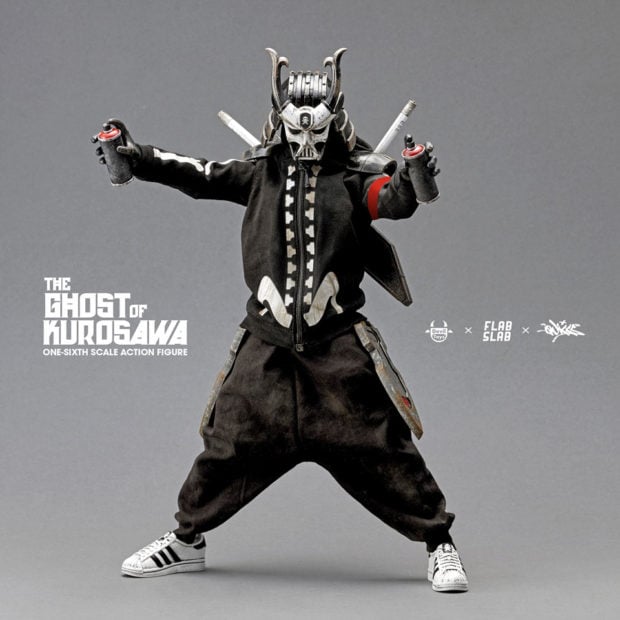 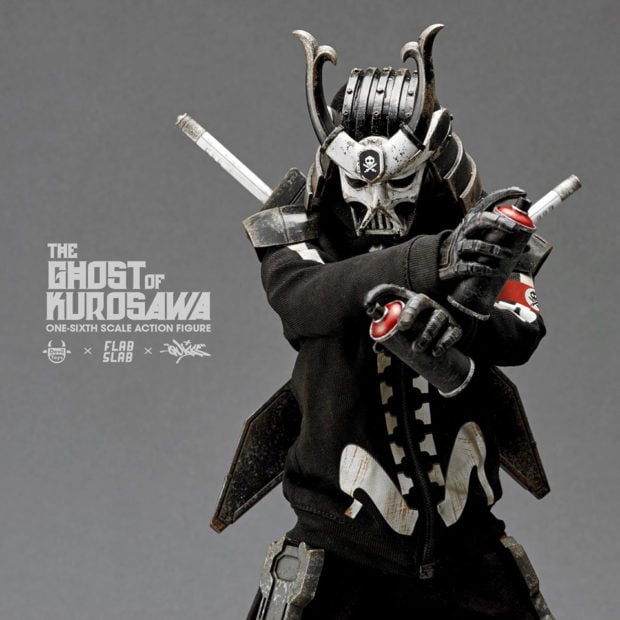 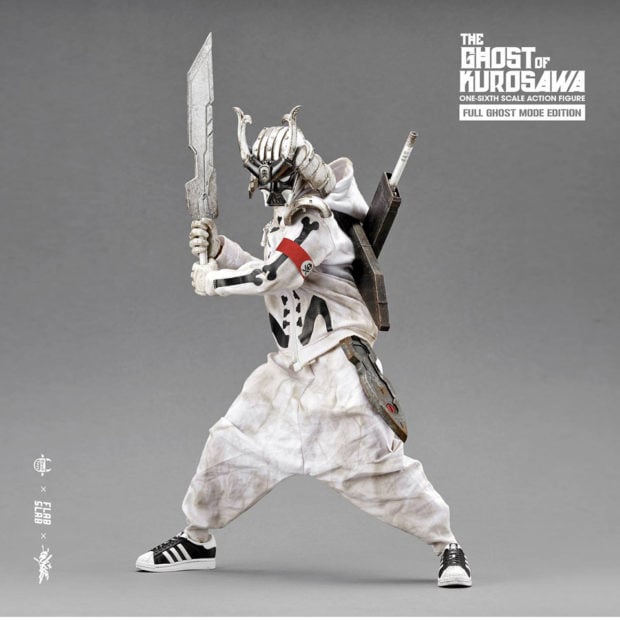 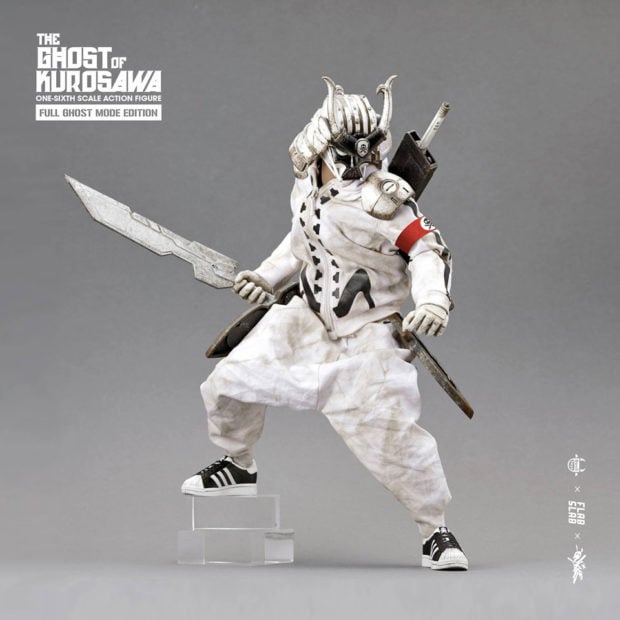 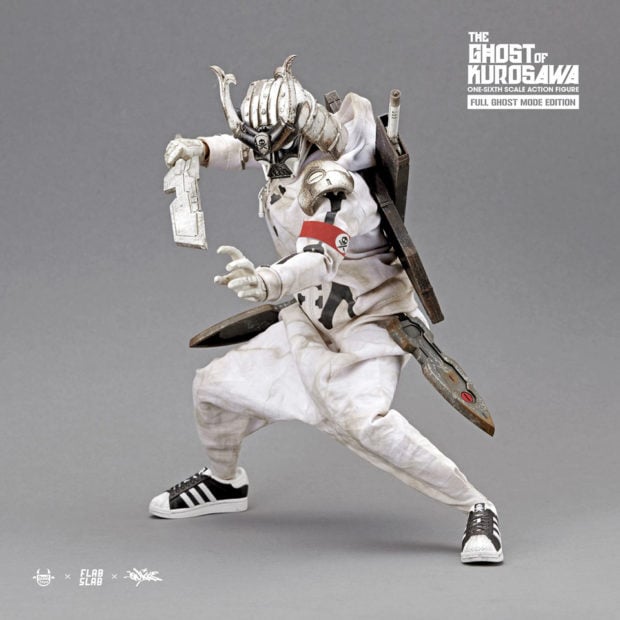 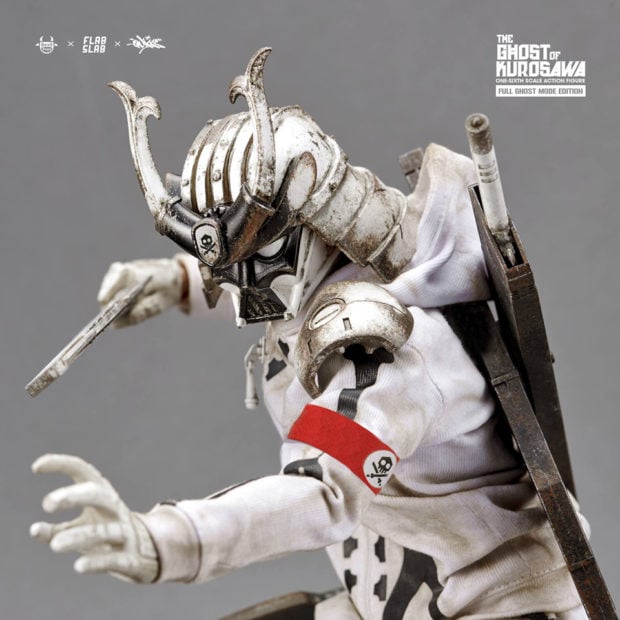 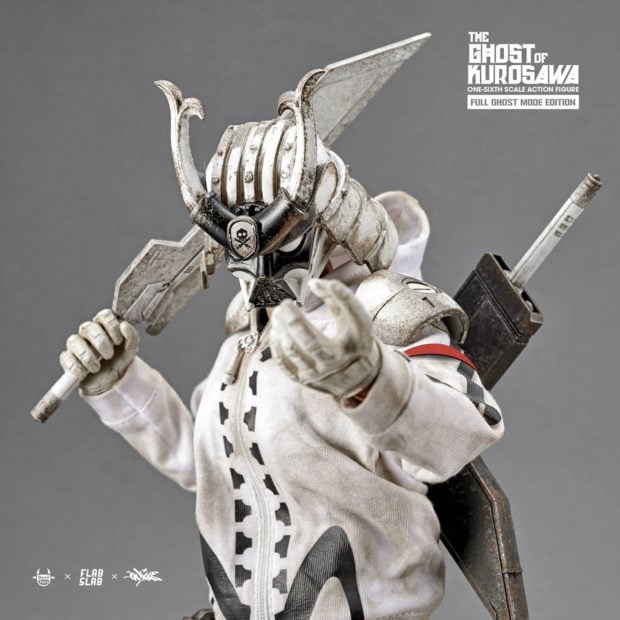 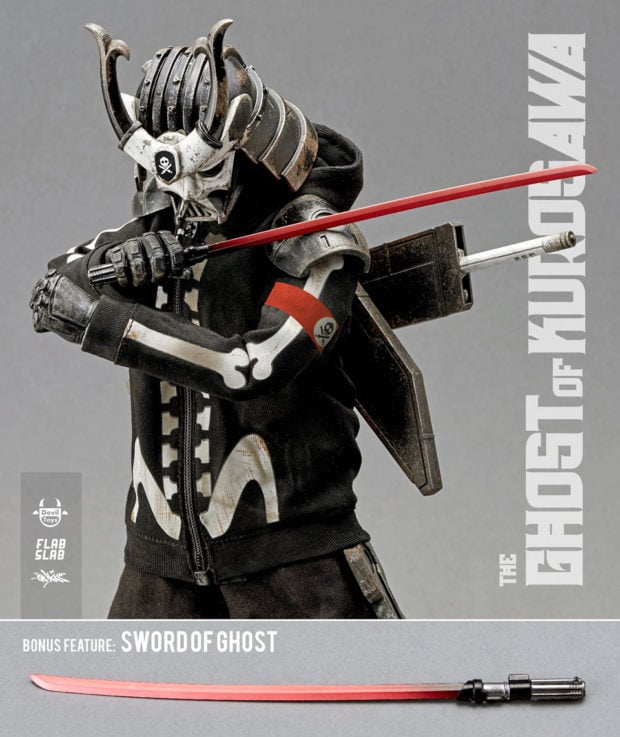 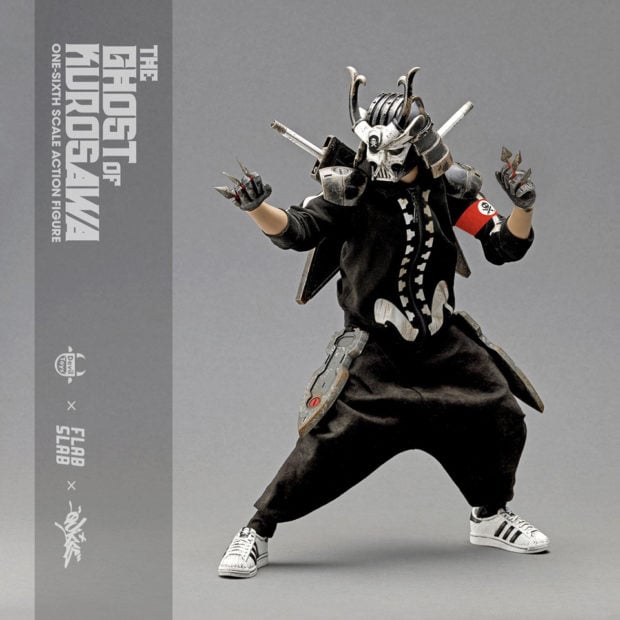