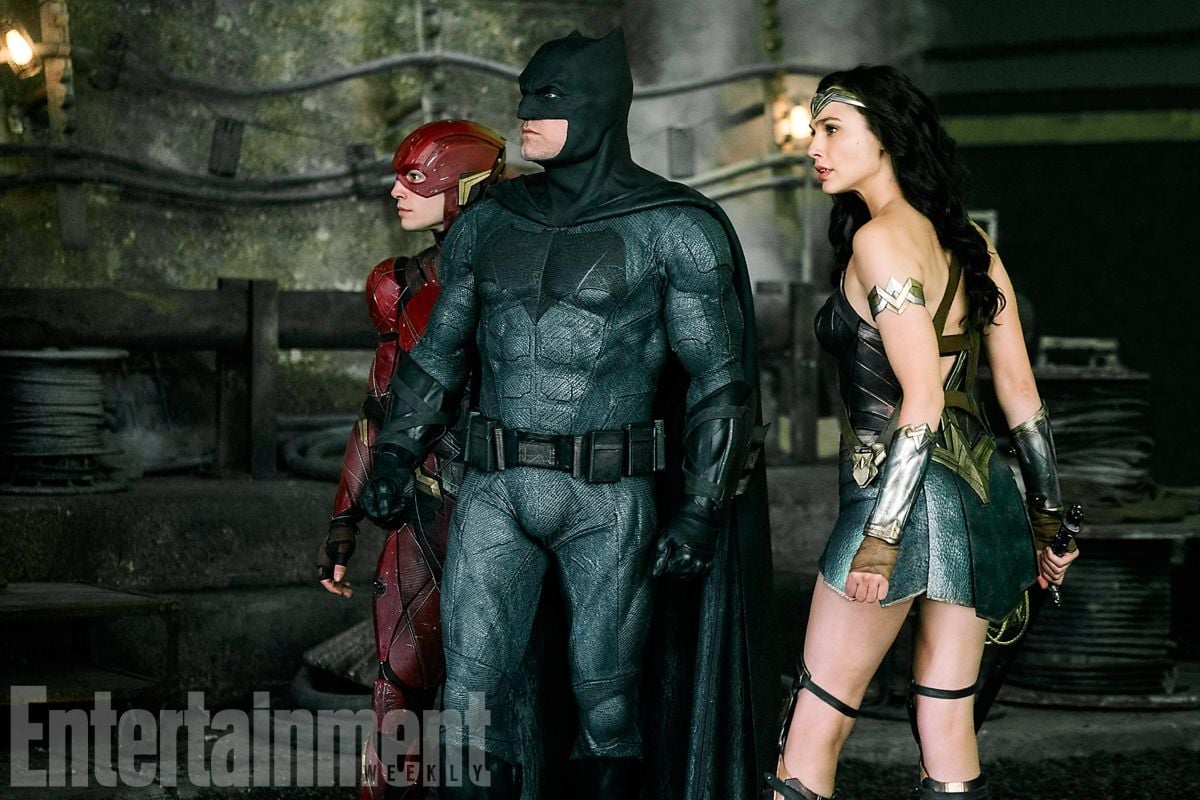 With San Diego Comic-Con happening next week, Warner Bros. and Entertainment Weekly are offering us a new tease for the upcoming Justice League movie. It is a new photo that shows Batman, Wonder Woman, and The Flash together. I’m still not crazy about that Flash costume, but it is nice to see another tease of this film.

Right now the movie is wrapping up production with Joss Whedon at the helm while Zack Snyder deals with a personal tragedy, and we can expect more new footage soon. They will likely share more at Comic-Con. I’m really hoping this movie makes up for Batman v Superman and Suicide Squad. We need another good DC movie. Justice League will arrive on November 10.