Behind the Sounds of War for the Planet of the Apes 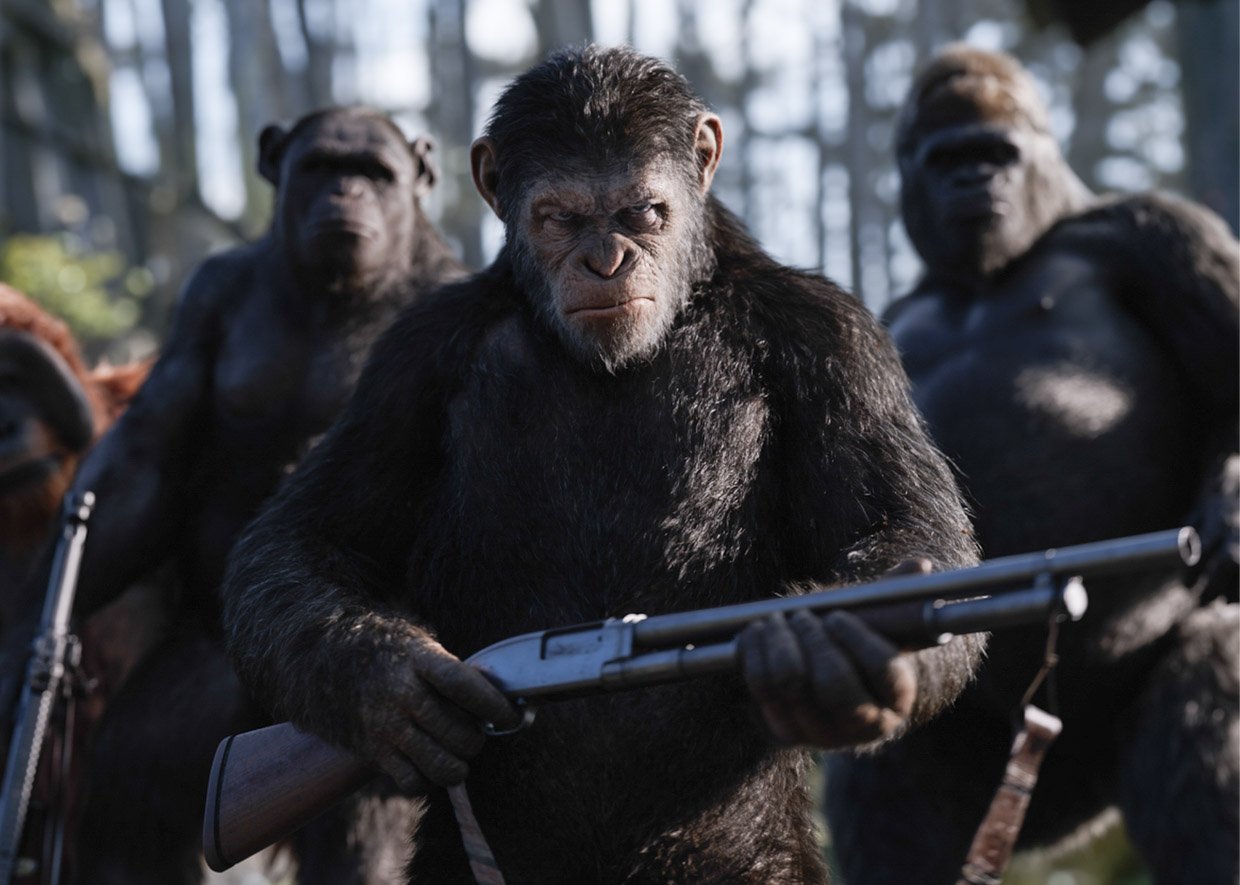 A couple of months back, I had the rare opportunity to go behind the scenes at Fox Studios while the post-production team was creating the audio for director Matt Reeves’ War for the Planet of the Apes. While there, I learned all about how sound is added to films, and how the audio work that happens in post is just as important, if not more so, than the visual effects that get so much attention.

Raw production footage from films usually is very bare bones when it comes to sound. There might be primary dialogue from the actors, but virtually everything else is added in post production. Everything from the clicks of weapons, to footsteps, to car engines, and explosions is added after filming. Here’s an overview of what go into making the sounds we hear up on the big screen while we gnaw away at our popcorn and Milk Duds.

Short for “automated dialogue replacement,” this is the process in which actors are asked to come into the recording studio to re-record dialogue. This is often done to improve audio quality, as there can often be background noises on set, or other reasons that things just didn’t sound as good as they could have in front of the camera. This same process is used for recording performances from actors whose characters are being animated, such as the case with Andy Serkis when he’s doing voice work for Caesar. 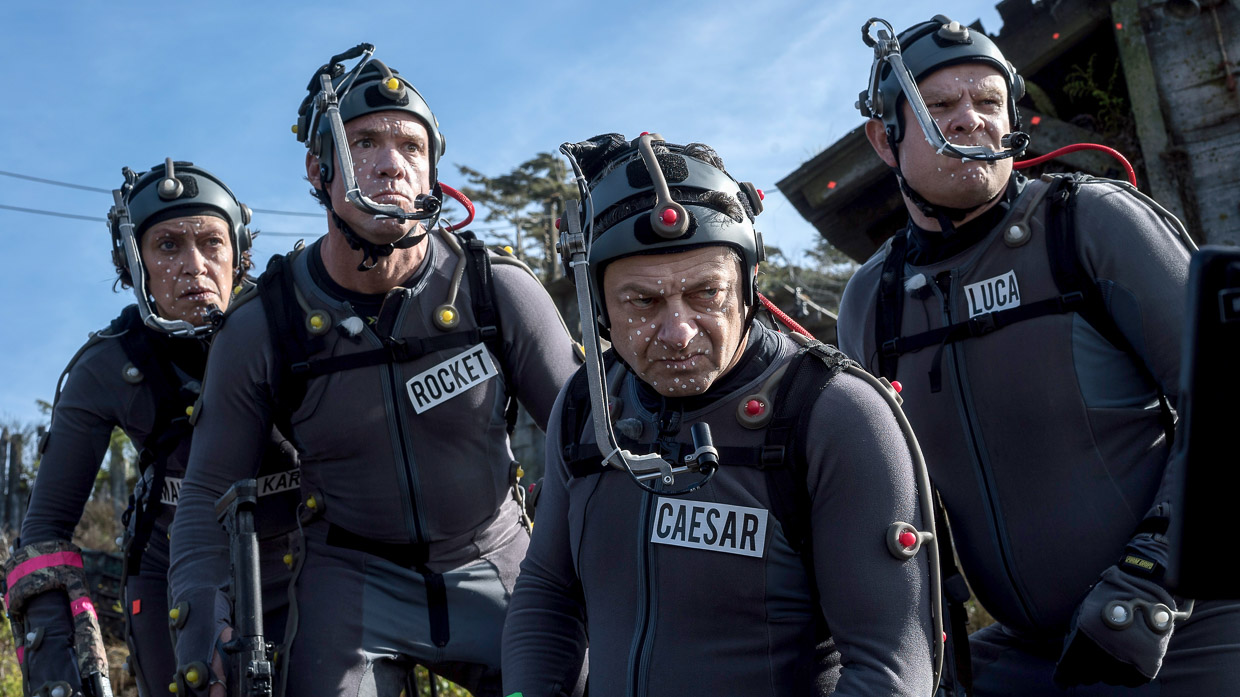 Foley artists are tasked with creating new sounds which line up in real time with movie footage. For instance, the sound of an ape walking through the grass might be created by a foley artist walking through actual grass and dirt on the floor of the studio. The Jane Russell Foley Studio is a wonderland of crazy props which can be used to create just about any sound imaginable, from the opening of pill bottles, to the sound of a bowling ball knocking over pins. In the case of the Apes franchise, foley is also used to add subtle, but important sounds like chest thumping, monkey breath, and even the sound of ape hair rustling as they walk. 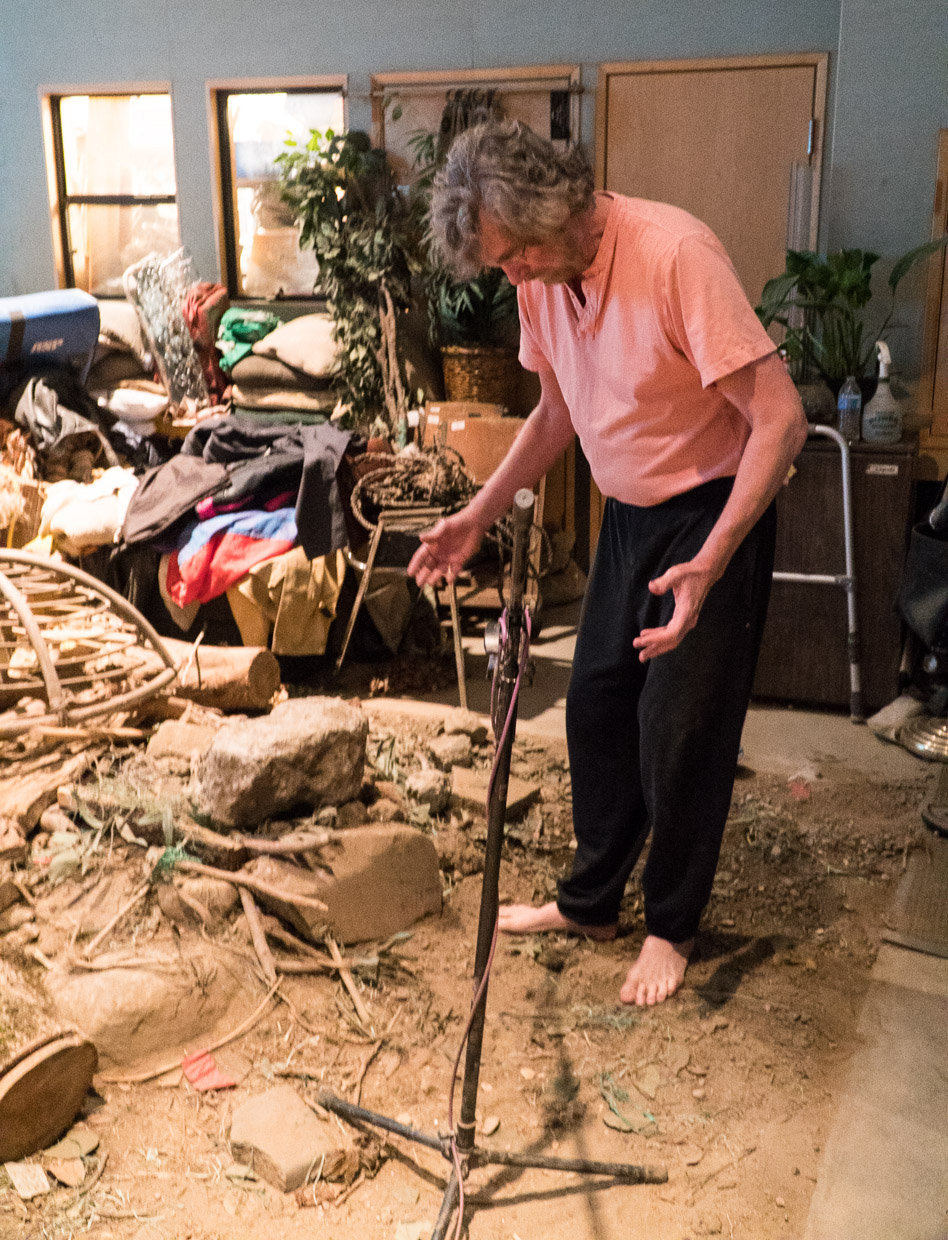 Foley artist Dan O’Connell walks barefoot on an improvised dirt floor to create the sounds of apes walking outside. 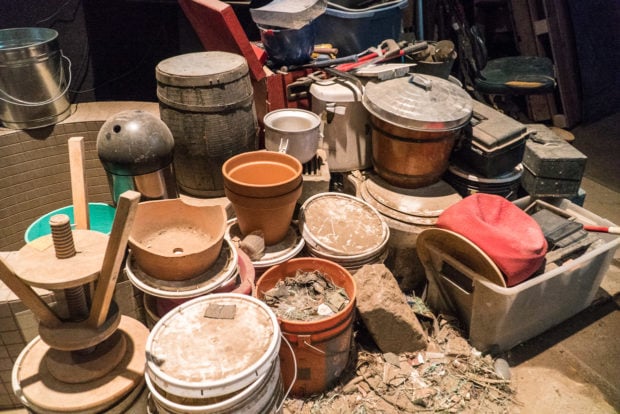 The sound effects team is responsible for selecting, recording and layering in sounds, using both pre-recorded and freshly-made sounds, such as the ones made by the foley artists. For the Apes series, they went to zoos and recorded actual primates, going so far as to have zookeepers wear microphones to capture the best sounds. These were then combined with voices from human actors to complete the apes’ performances. What’s interesting in the case of these movies is that the ape sounds are treated in the same way as human dialogue, rather than as sound effects. 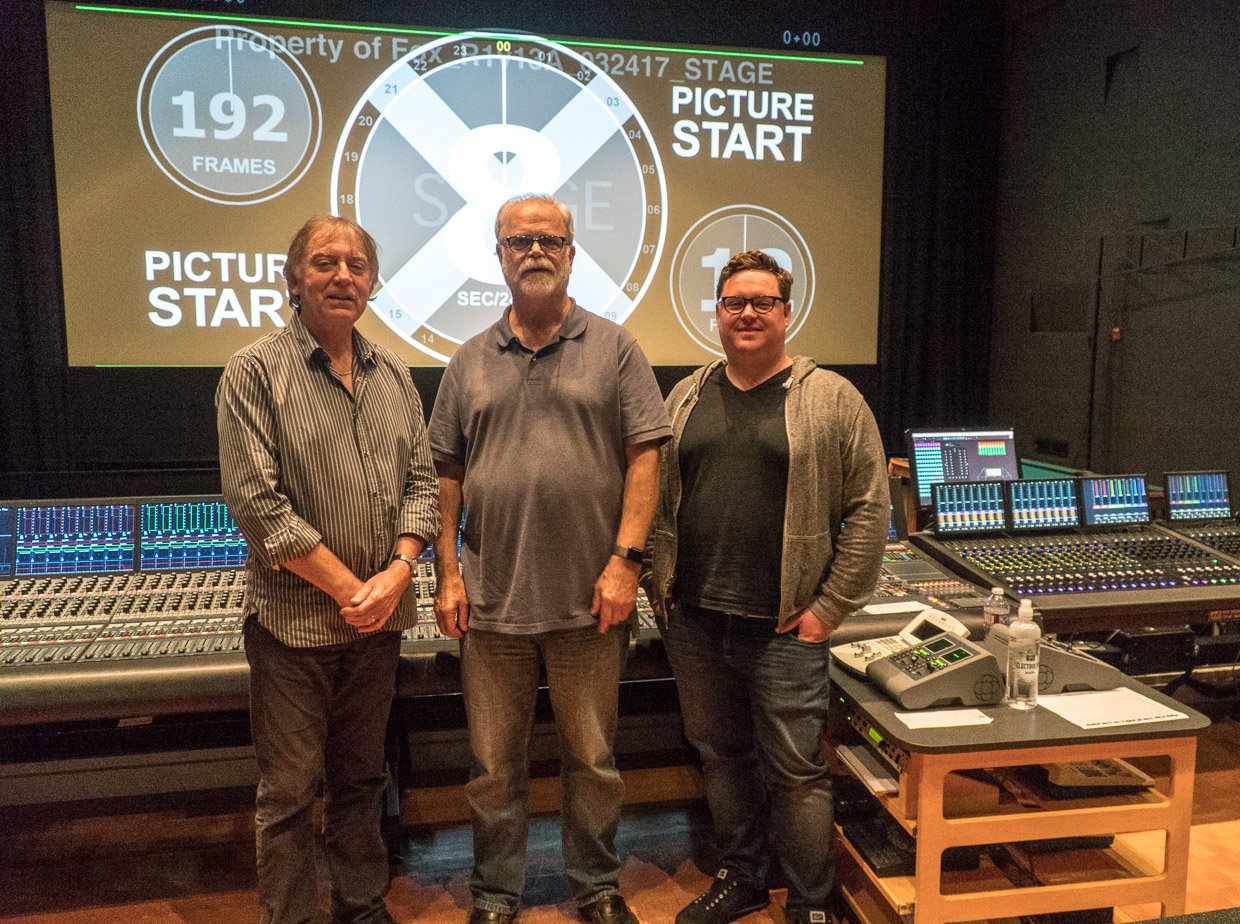 Films use original music to set everything from a time and place to driving dramatic tension and influencing the mood of the audience. During the filming of War for the Planet of the Apes, an orchestra of nearly 100 musicians recorded an original score by composer Michael Giacchino. I was extremely fortunate to have the opportunity to sit in the room and listen as the orchestra recorded one of the films’ many exciting and emotion-packed sequences. You can’t see it in this shot, but off-stage, the film’s director, composer, and mixing team watches from the audio booth to help fine-tune the recording. 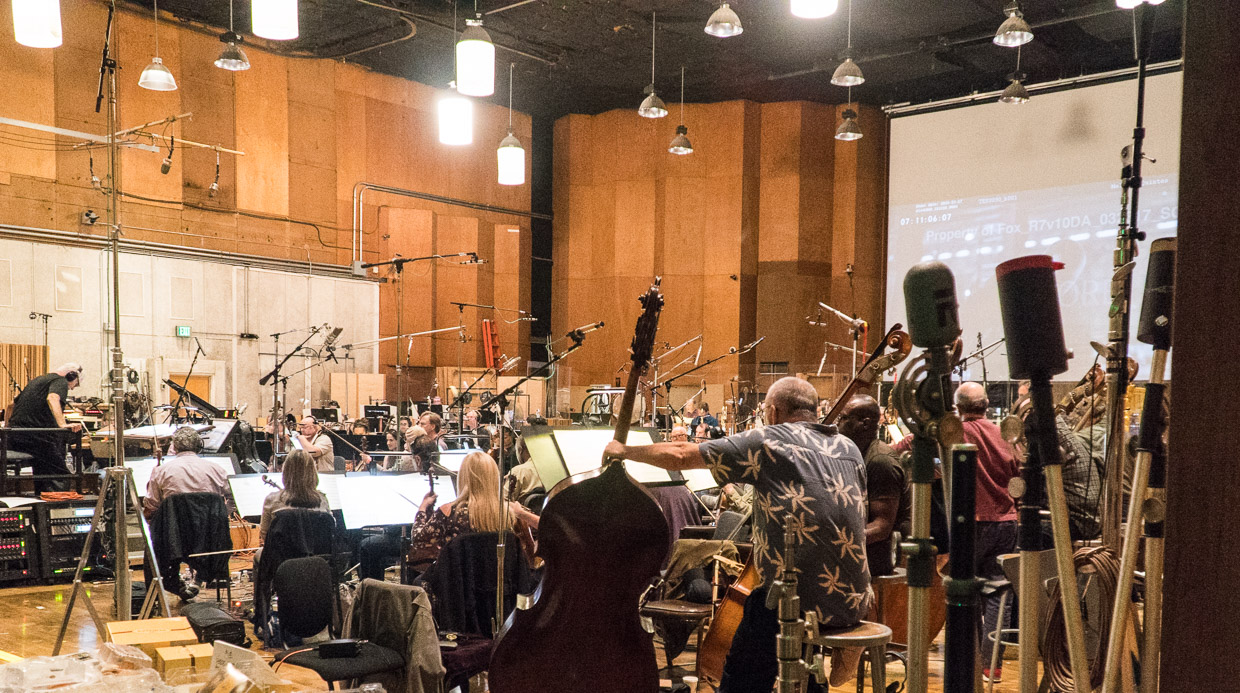 A 90+ piece orchestra records music for an action sequence from War of the Planet of the Apes.

Mixing audio is an extremely complex process for today’s films. For example, there are sequences in the movie with thousands of individual sound effects which needed to be layered carefully together in such a way that they serve the scene. Once each department creates its mix, a re-recording mixer combines on-set dialogue, ADR, foley, and music into a single master mix. 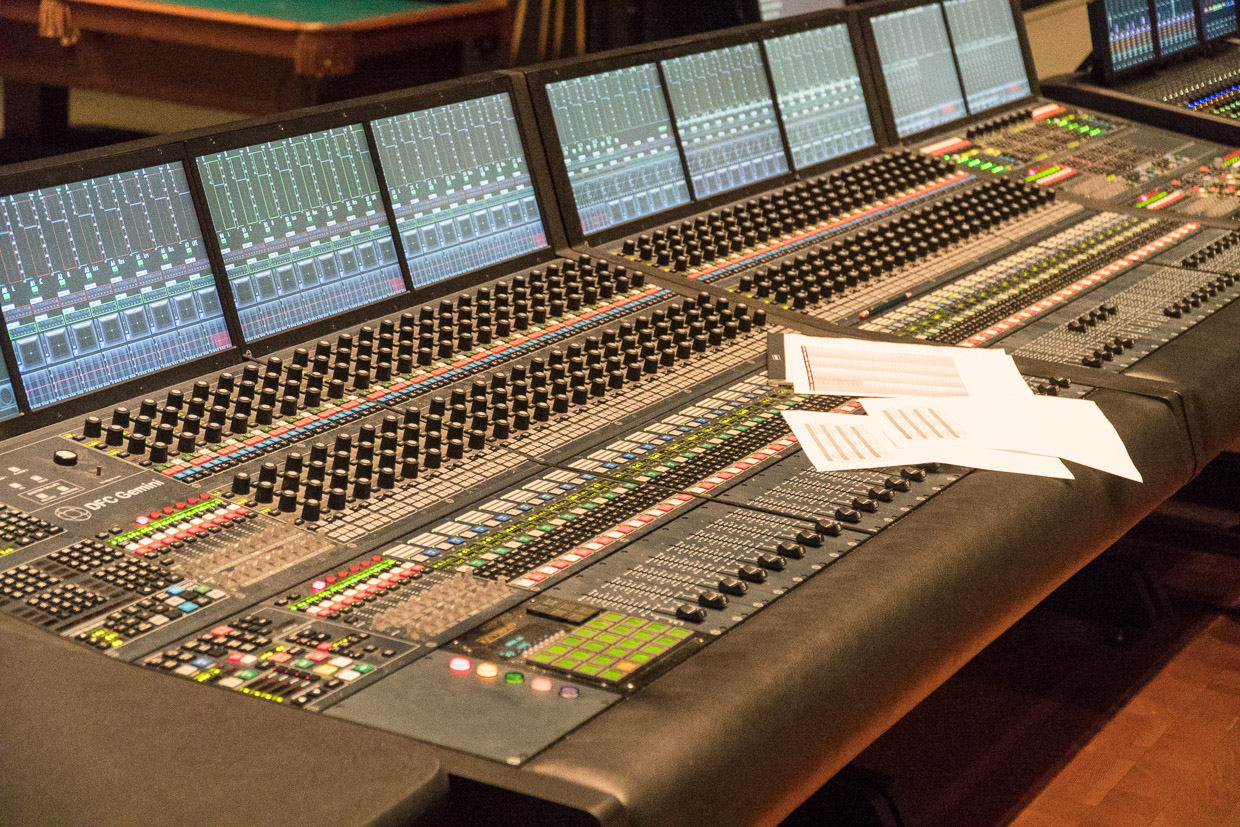 An up close look at one of the sophisticated digital mixing consoles in use at Fox Studios.

The master mix, which is the one you hear in the theater, still has dozens of tracks which need to be carefully balanced. Mixes also has to be created for various different audio formats, like Dolby Atmos, 7.1, 5.1, IMAX, and home video, ensuring that each element of the film comes from the appropriate location, and enveloping the audience with sound. 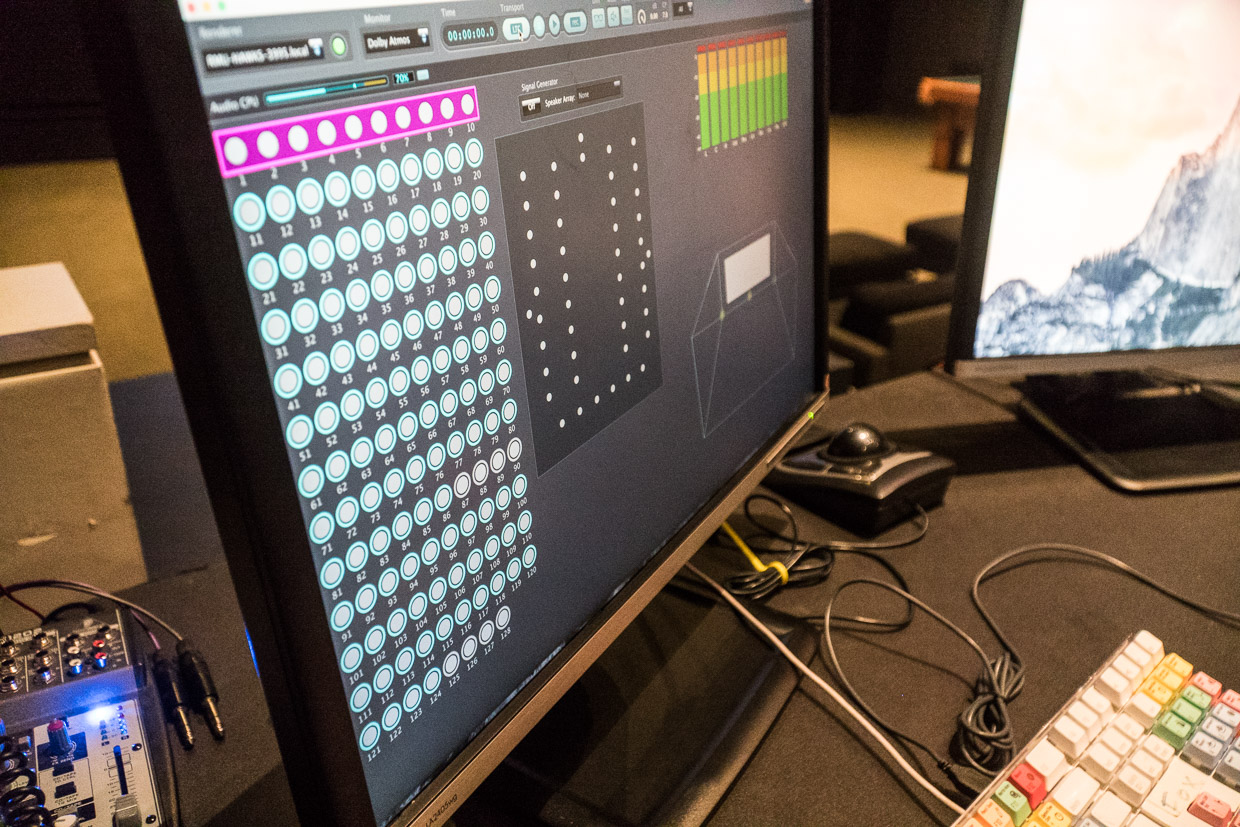 This mixing system is designed to help place sounds in a 3-dimensional space for the film’s immersive Dolby Atmos sound mix.

These countless hours of effort, artistry, and engineering come together to create an immersive and engaging experience on screen. Hopefully, when you head out to see War of the Planet of the Apes, you’ll have a newfound appreciation for the work that goes into making not just what you see on the screen, but what you hear.

Many thanks to Fox Studios’ VP Sound Operations Stacey Robinson, along with Advertising Coordinator Kristine Duong for making this unique behind-the-scenes opportunity happen.