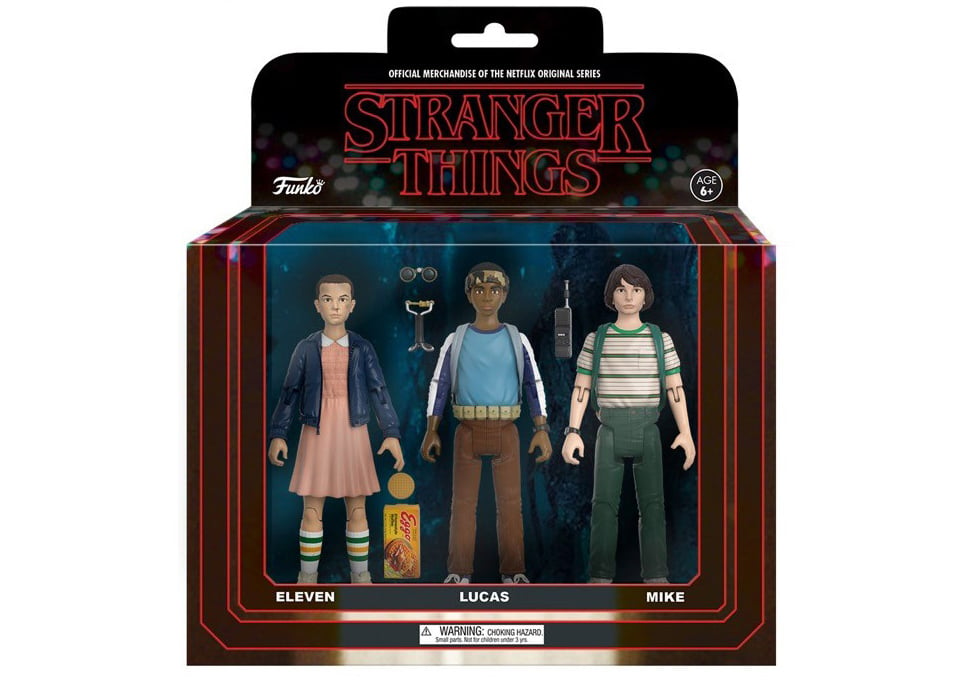 You know you’ve hit it big when Funko makes Pop! and other action figures of your characters. That’s exactly the case with the Duffer brothers’ Stranger Things. After last years’ barrage of Pop! figures, Funko will be releasing six 3.75″ articulated figures based on the series. The figures will be split into two packs. Pack 1 has Eleven (with a waffle and a box of Eggo), Lucas (with a slingshot and a canteen) and Mike (with a walkie-talkie). Pack 2 has Will, Dustin (with a, uh, can?) and the Demogorgon.

Thankfully, you won’t have to turn your wallet upside down for these figures. You can pre-order both packs from BigBadToyStore for only $20 (USD) each. 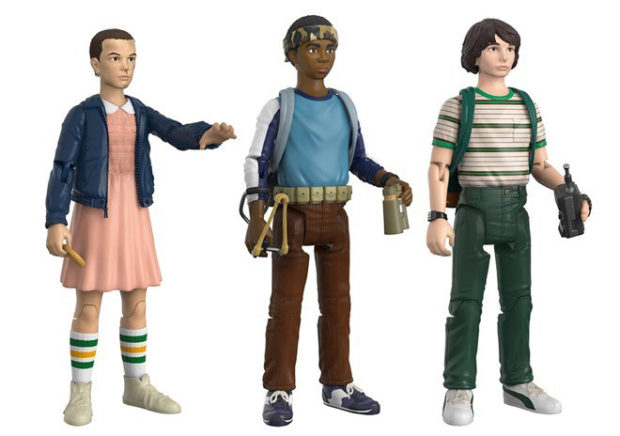 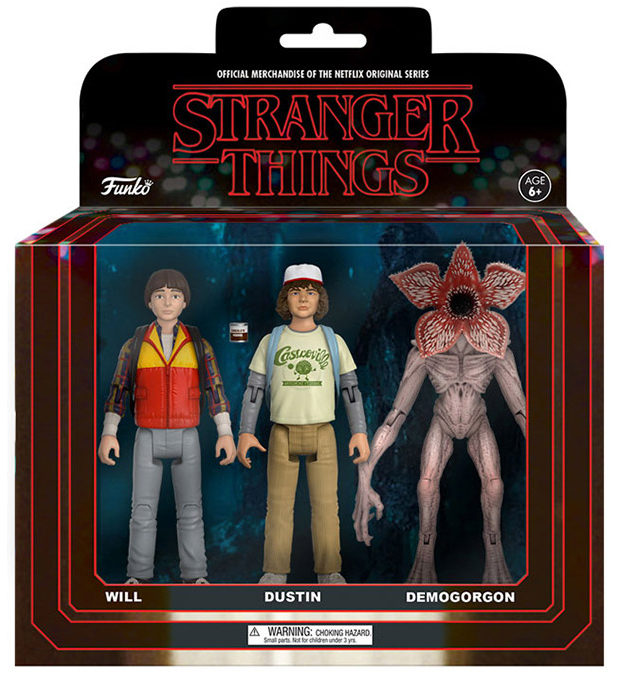 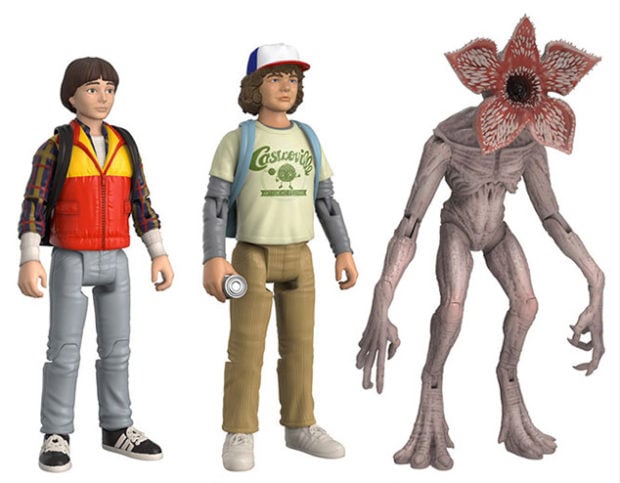