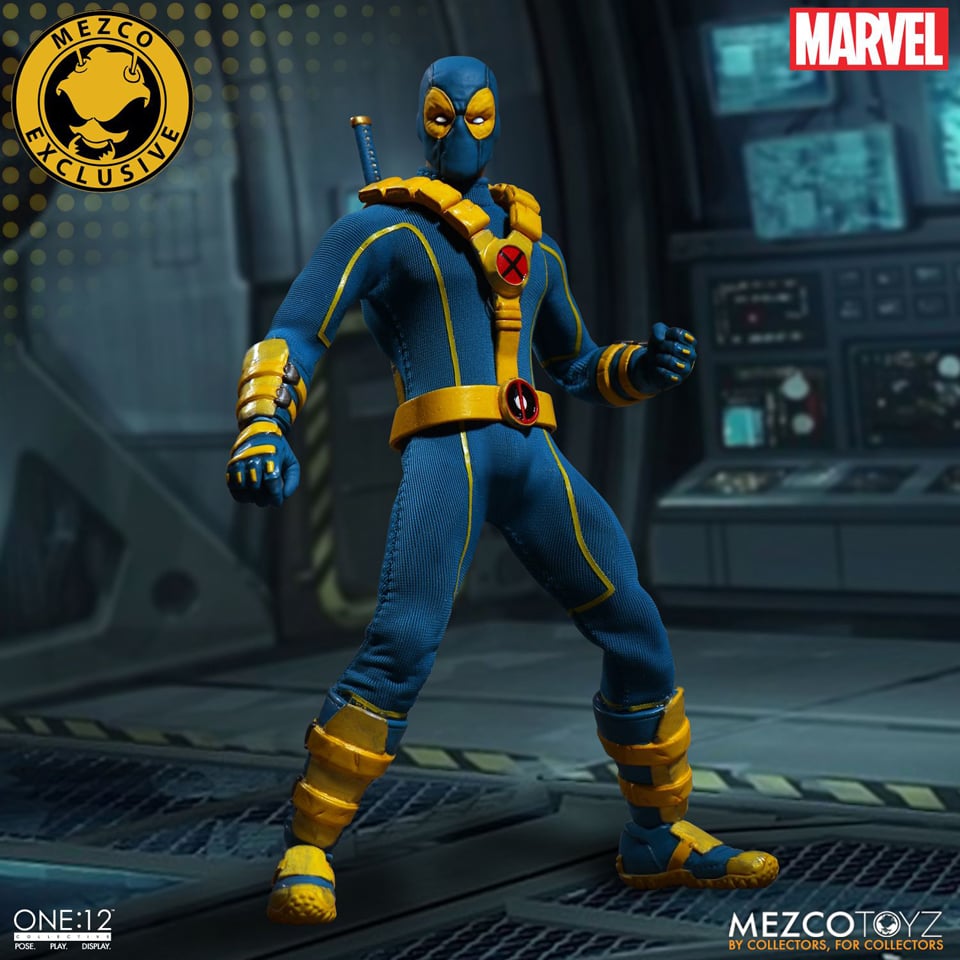 Mezco Toyz’ surprise summer exclusive is an even sillier Deadpool. Apparently, this figure’s costume is based on a scene from the Cable & Deadpool comics – Wade Wilson ended up putting on the X-Men’s colors as a bet with Wolverine and Beast. He kinda looks like Kick-Ass.

If the figure’s palette swap isn’t enough for you, perhaps the included accessories will seal the deal. The figure comes with an alternate head, eight interchangeable hands, a machine gun with a removable clip and a grenade chamber, four 40mm grenades that can fit in the aforementioned chamber, four hand grenades, a handgun with a removable clip, and a katana with a color-matched sheath. You can pre-order the action figure for $80 (USD). 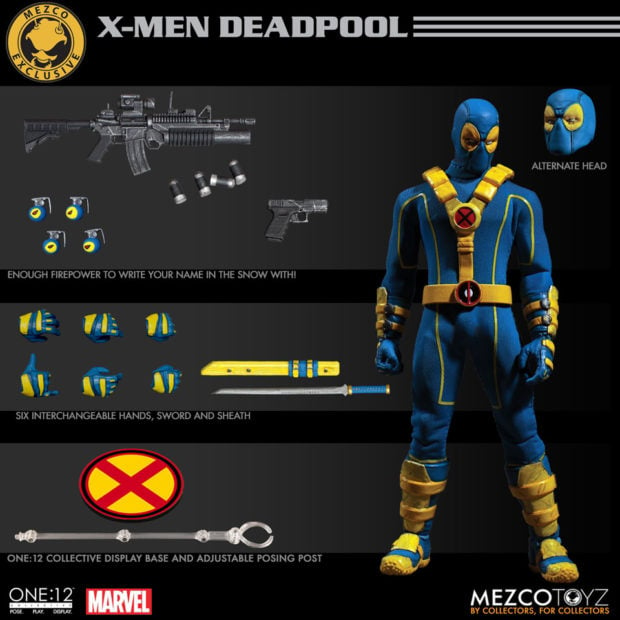 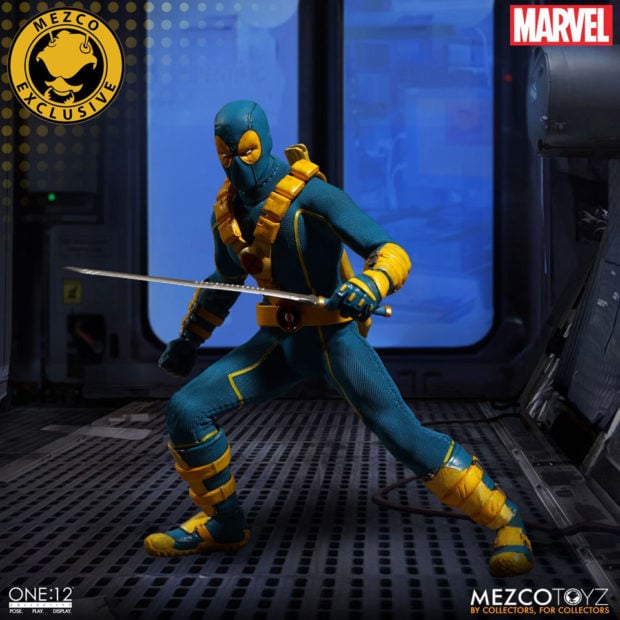 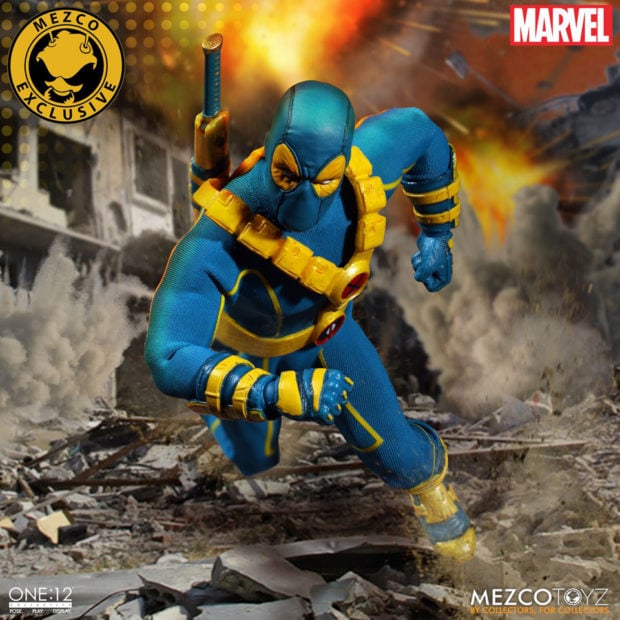 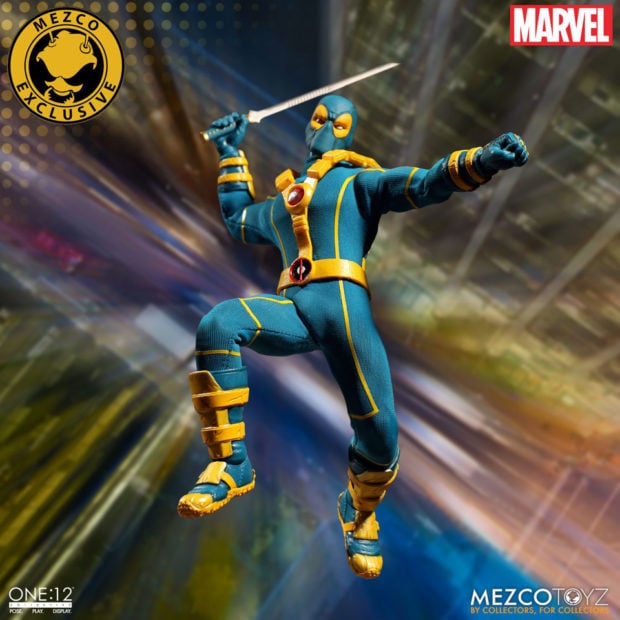 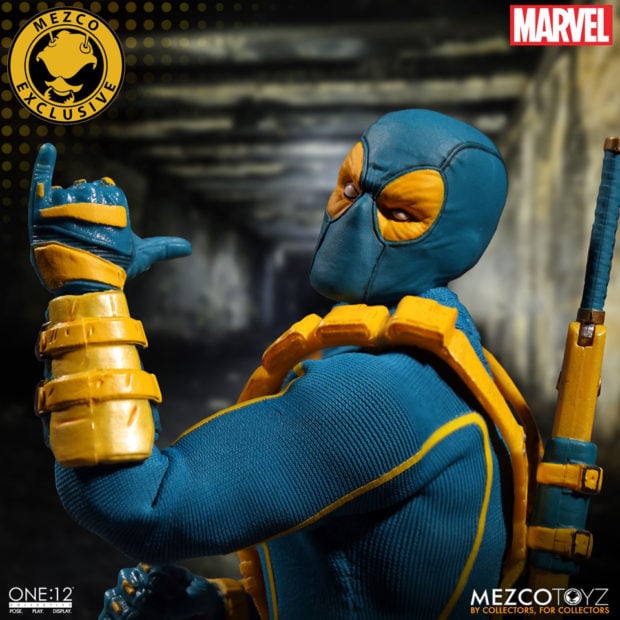 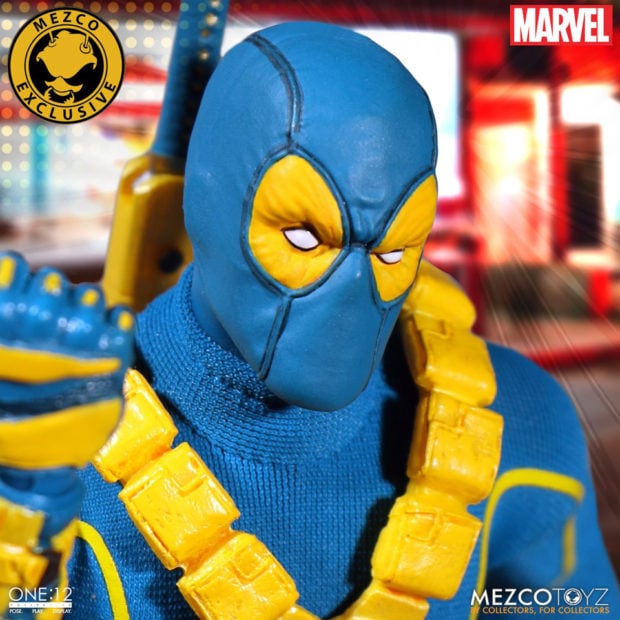 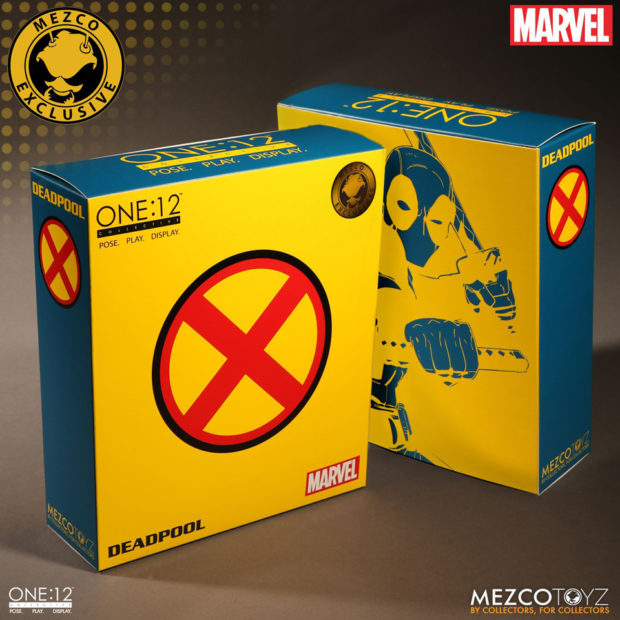