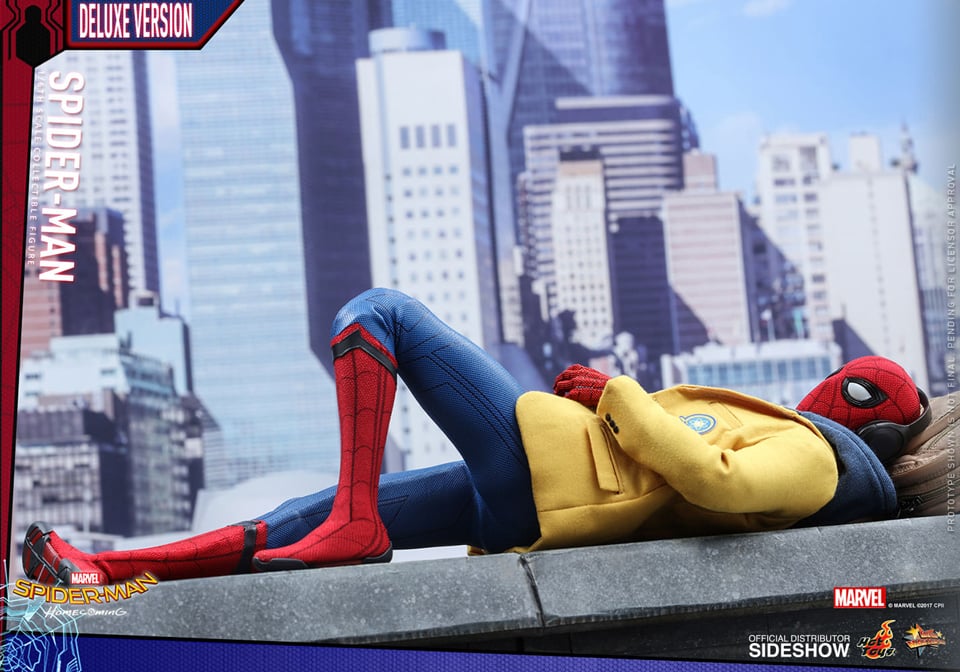 After releasing a figure of high school Spidey’s homemade suit in Spider-Man: Homecoming, Hot Toys presents the webspinner in the high-tech suit that Iron Man gave him. The sixth-scale action figure comes with four pairs of different eyepieces, an alternate unmasked head based on the likeness of actor Tom Holland (currently blurred out in prototype form), five pairs of hands, an unworn mask, a pair of “web-wings”, a spider-web effect, five different spider-strings, a backpack, a textbook, and a pair of headphones. 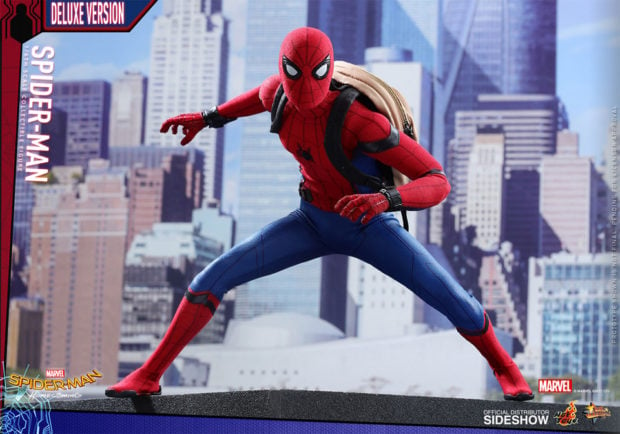 But if you’re going to get the figure, the Deluxe variant is the way to go. It adds the blue hoodie and the yellow blazer that Spidey is wearing in the movie’s posters, plus a helmet of Michael Keaton’s Vulture. You can pre-order the action figure from Sideshow Collectibles. The standard version costs $230 (USD) while the Deluxe goes for $252. 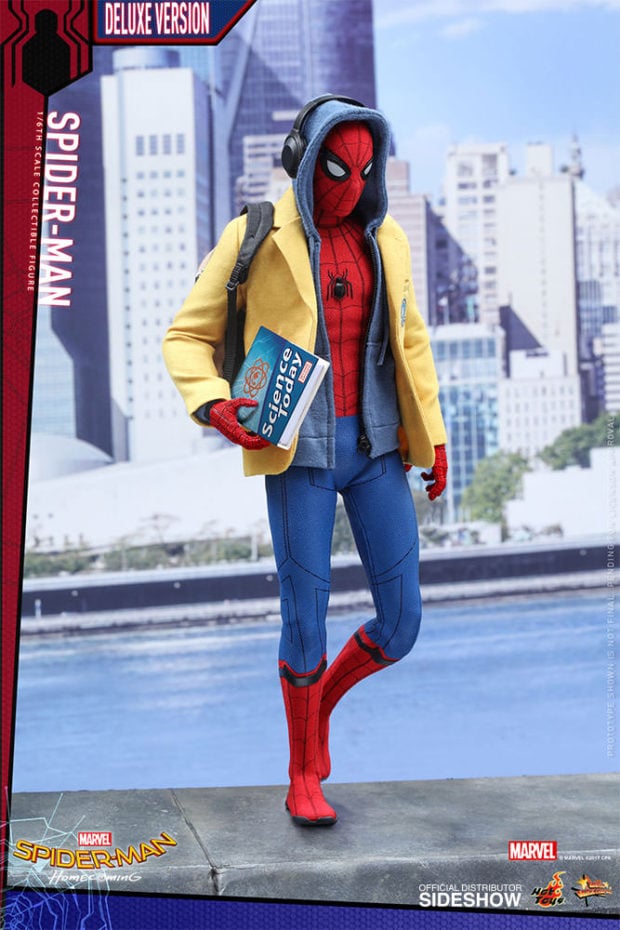 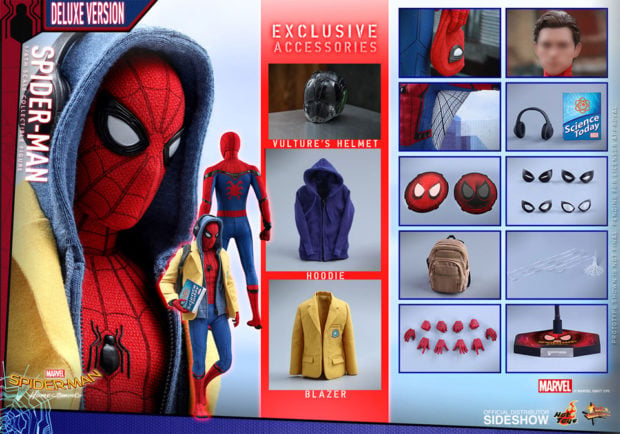 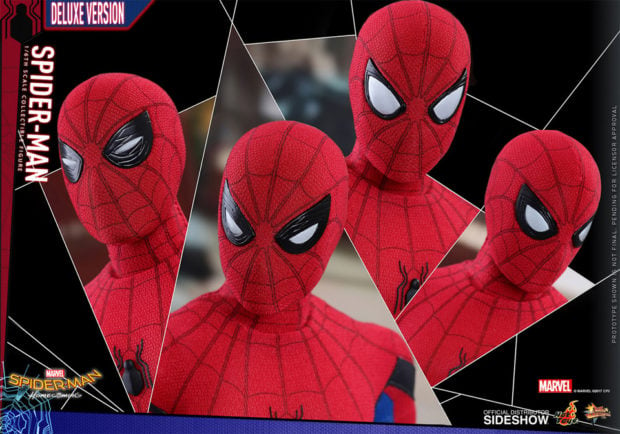 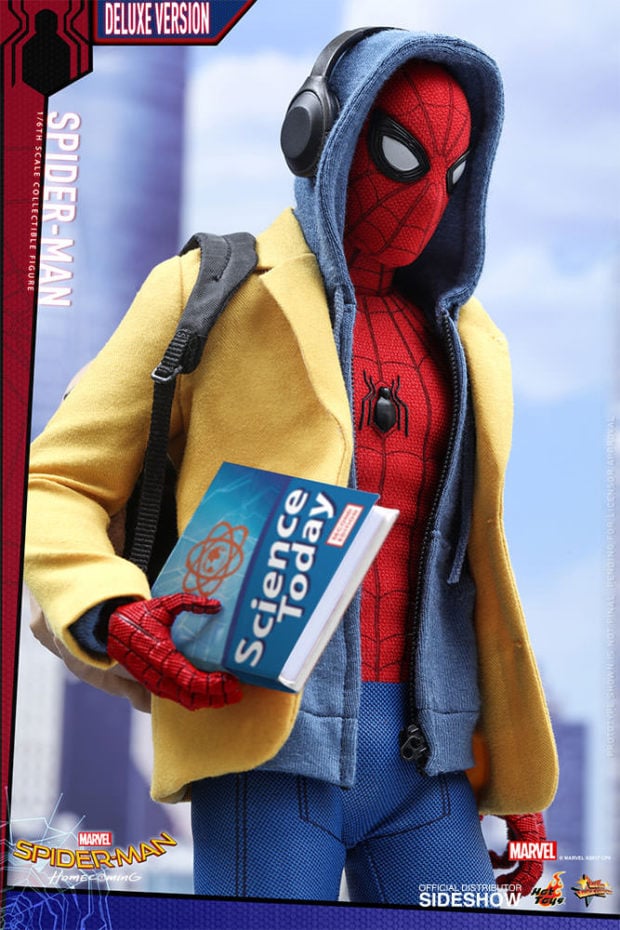 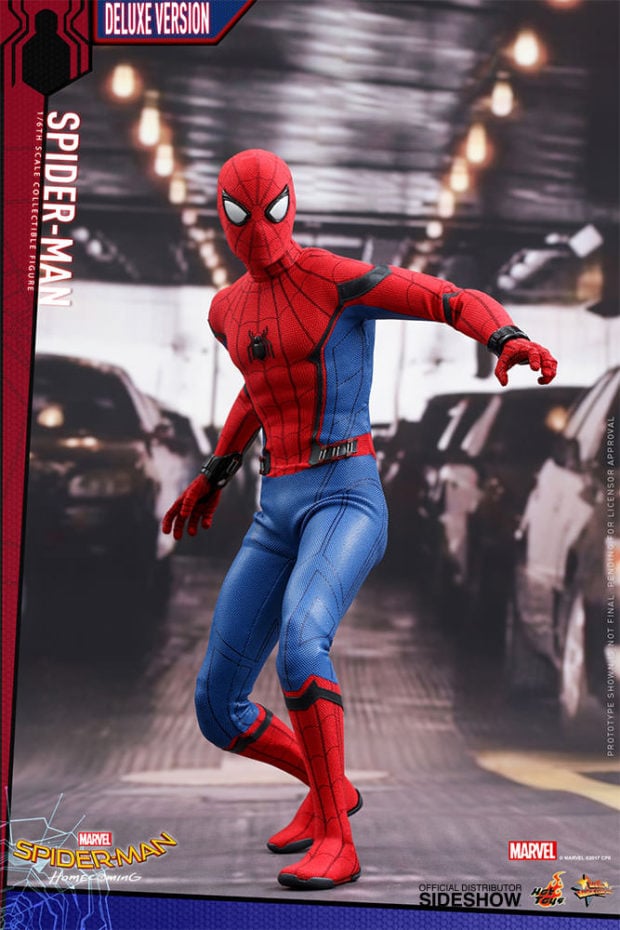 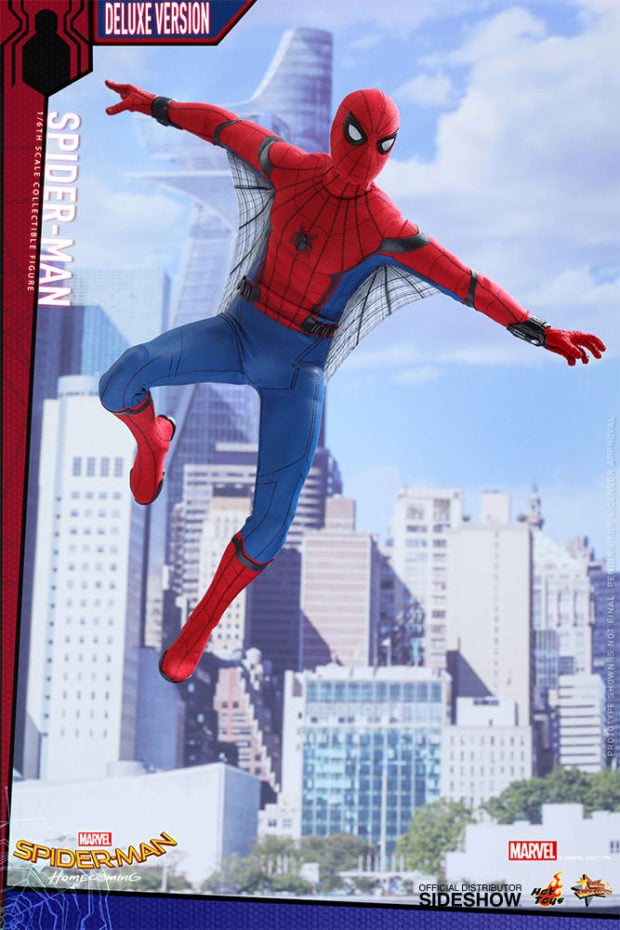 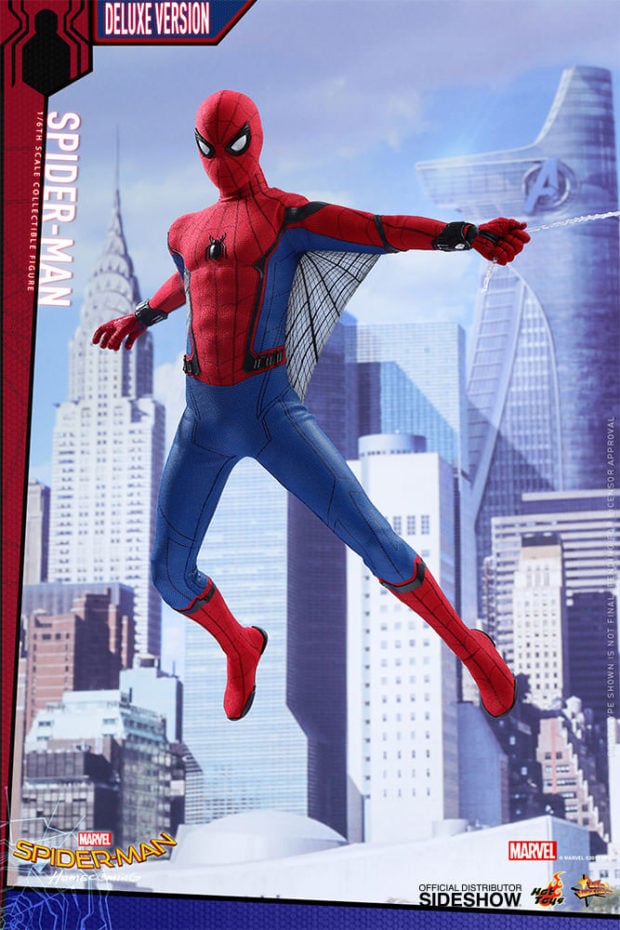 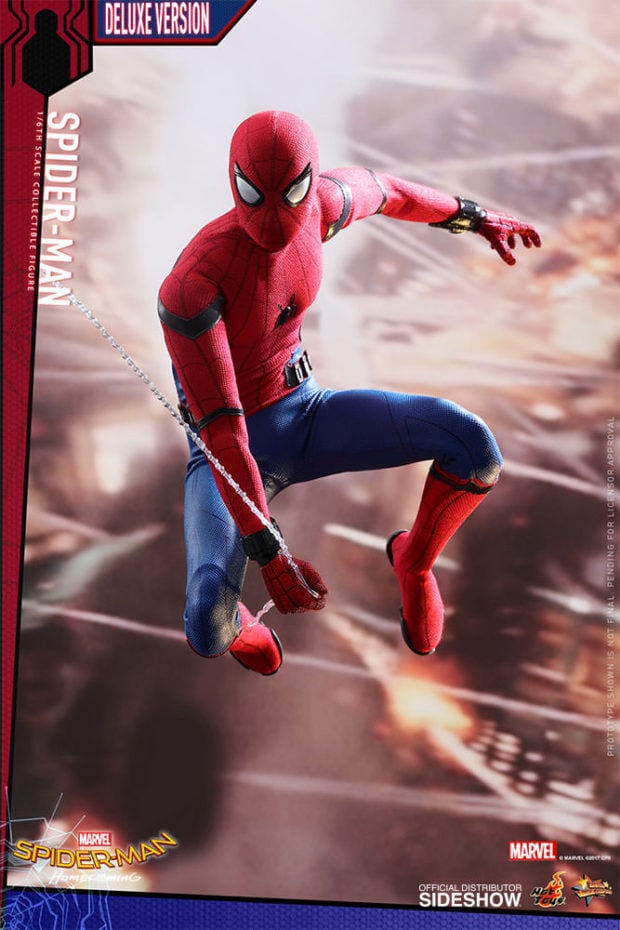 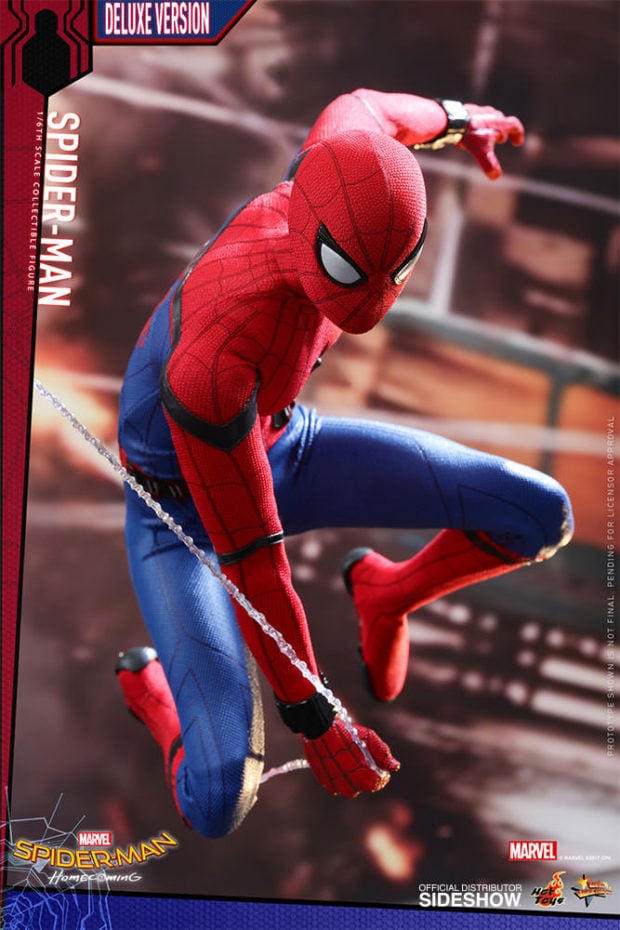 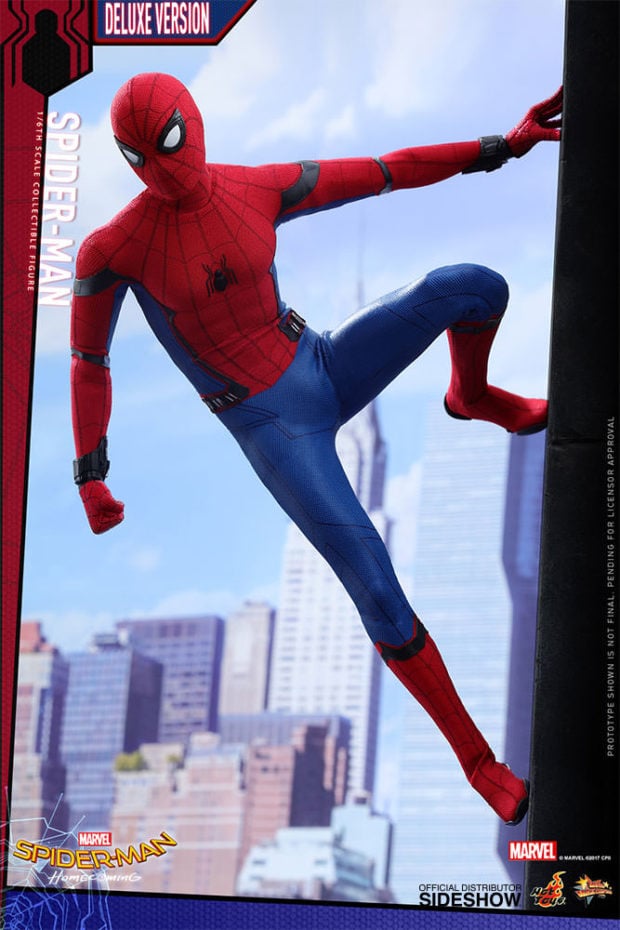 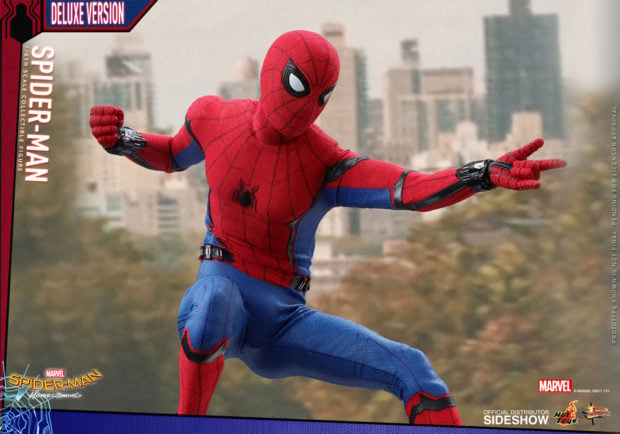 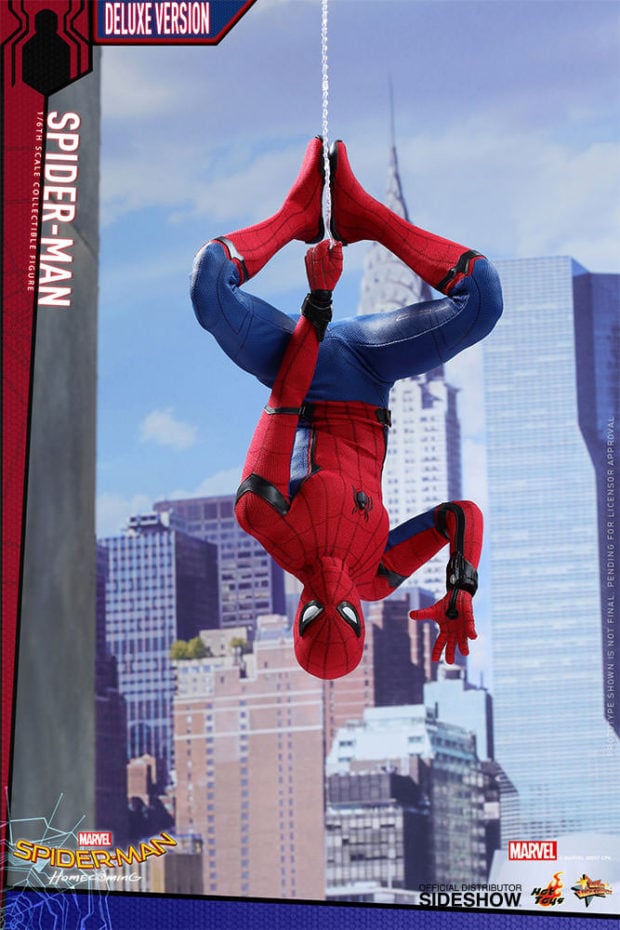 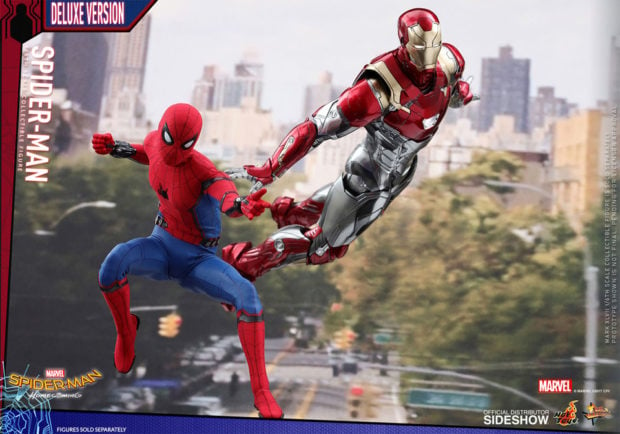 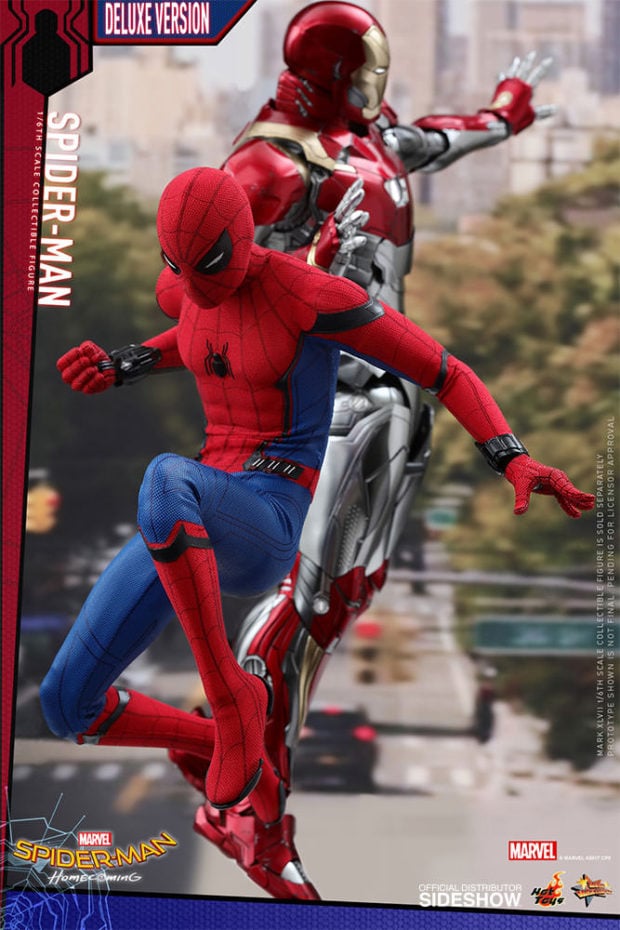 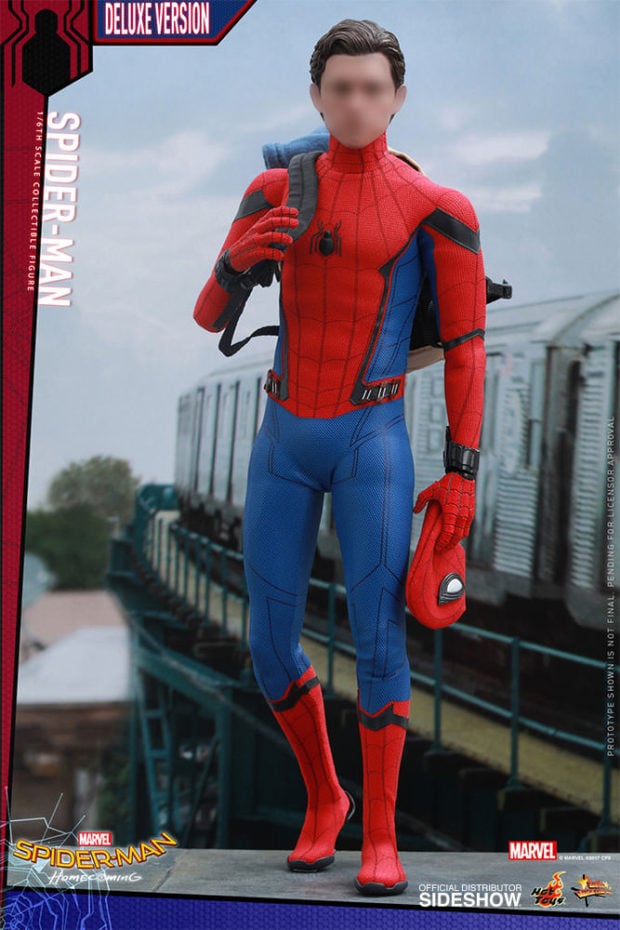 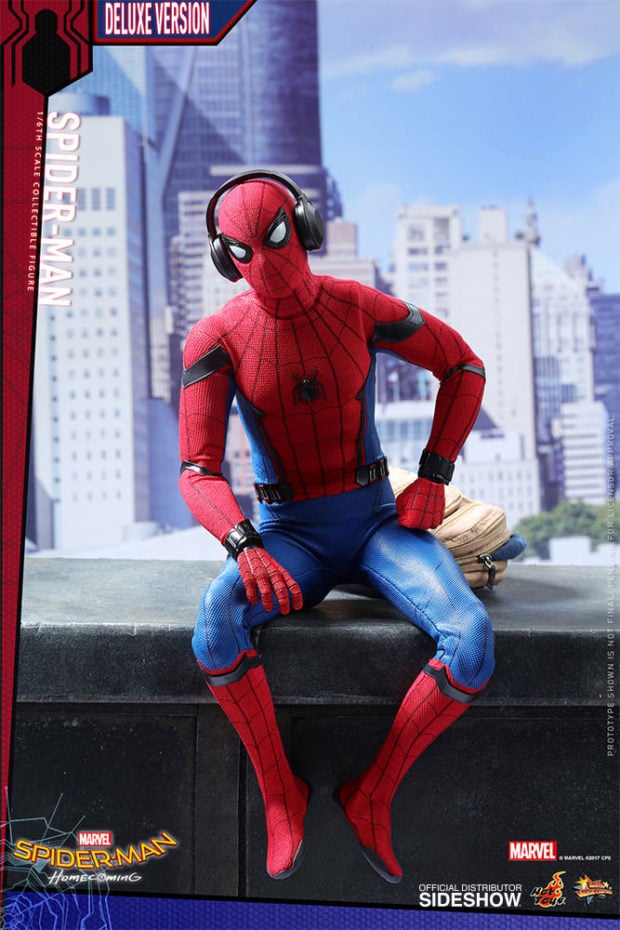