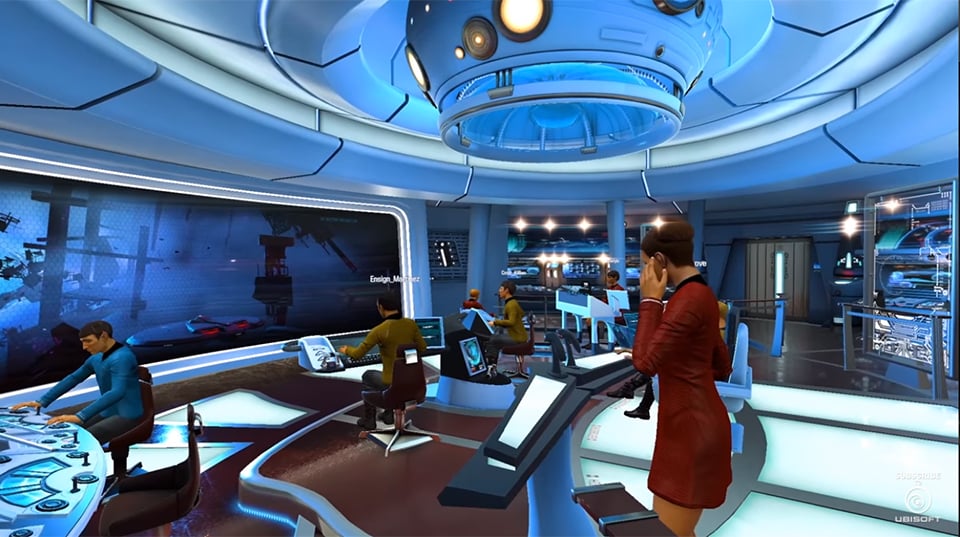 If you have ever wanted to be a part of the bridge crew on a Federation starshiop, now you can come closer than ever to living that dream. Ubisoft’s new virtual reality game Star Trek: Bridge Crew is a virtual reality simulation that lets up-to four players take control of the key positions on a ship’s bridge to carry out missions. You can explore uncharted space, fight the Klingons, and a lot more. Sounds good to me.

The game works with Oculus Rift, Playstation VR and HTC Vive, and lets players around the globe join forces in captain, helm, tactical and engineering roles on the experimental ship the U.S.S. Aegis. It looks like a ton of fun.