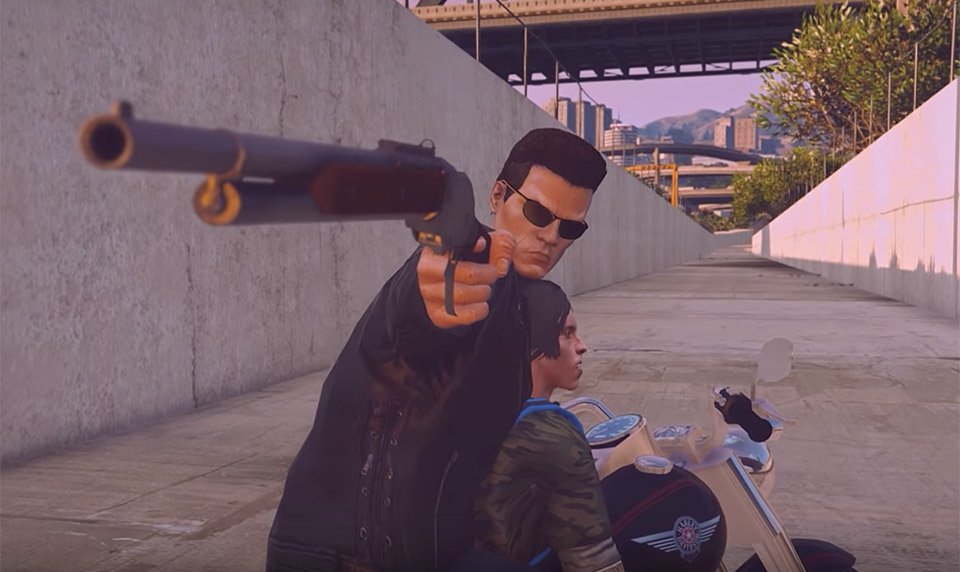 I don’t know how we missed this, but last month, Mikhail Kramer uploaded an hour-long Grand Theft Auto V remake of Terminator 2. The original version was all in Russian, but now an English-language version exists as well.

It is weird to watch, but it is a fun way to kill an hour. While it’s not nearly as long as the original film, it captures all of the major scenes, and is very well done considering the medium. I’m not sure how long it took this guy to remake this classic, but it must have taken a very, very long time.

It is downright scary how close he made some of the scenes to the movie itself. For instance, check out the sequence that starts at the mall and culminates in the canal. Amazing stuff.