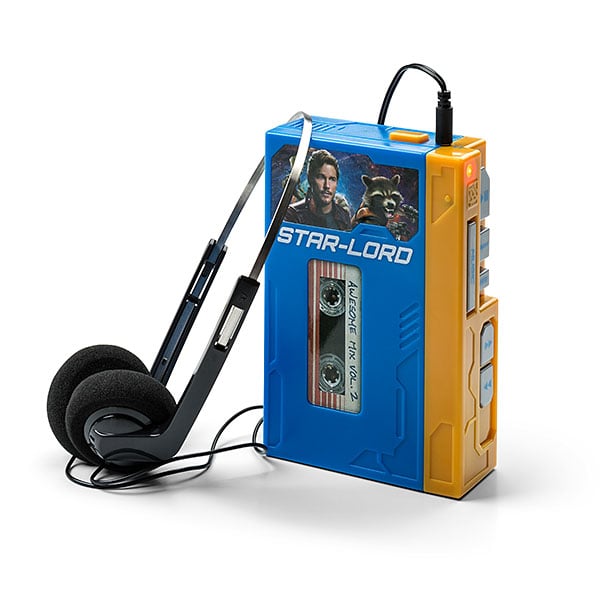 Awesome! It’s Star-Lord’s Walkman! Wait. This isn’t actually a Walkman at all. It’s not made by Sony, and it doesn’t even play cassettes. That’s okay, it is still pretty cool. You can connect your phone or MP3 player to it and play your own tunes. You can also record and play back your own sounds and use it to distort your voice. It also comes pre-loaded with the tune Come a Little Bit Closer, which apparently is on the soundtrack from Guardians Vol. 2.

So it won’t play your Awesome Mix on cassette, but you can still listen to your tunes in a more modern way. It doesn’t even look like a genuine Walkman, let alone Peter Quill’s Sony TPS-L2, but your kid should love it since they can play the soundtrack songs and pretend they are Star-Lord. It’s $29.99(USD) over at ThinkGeek.