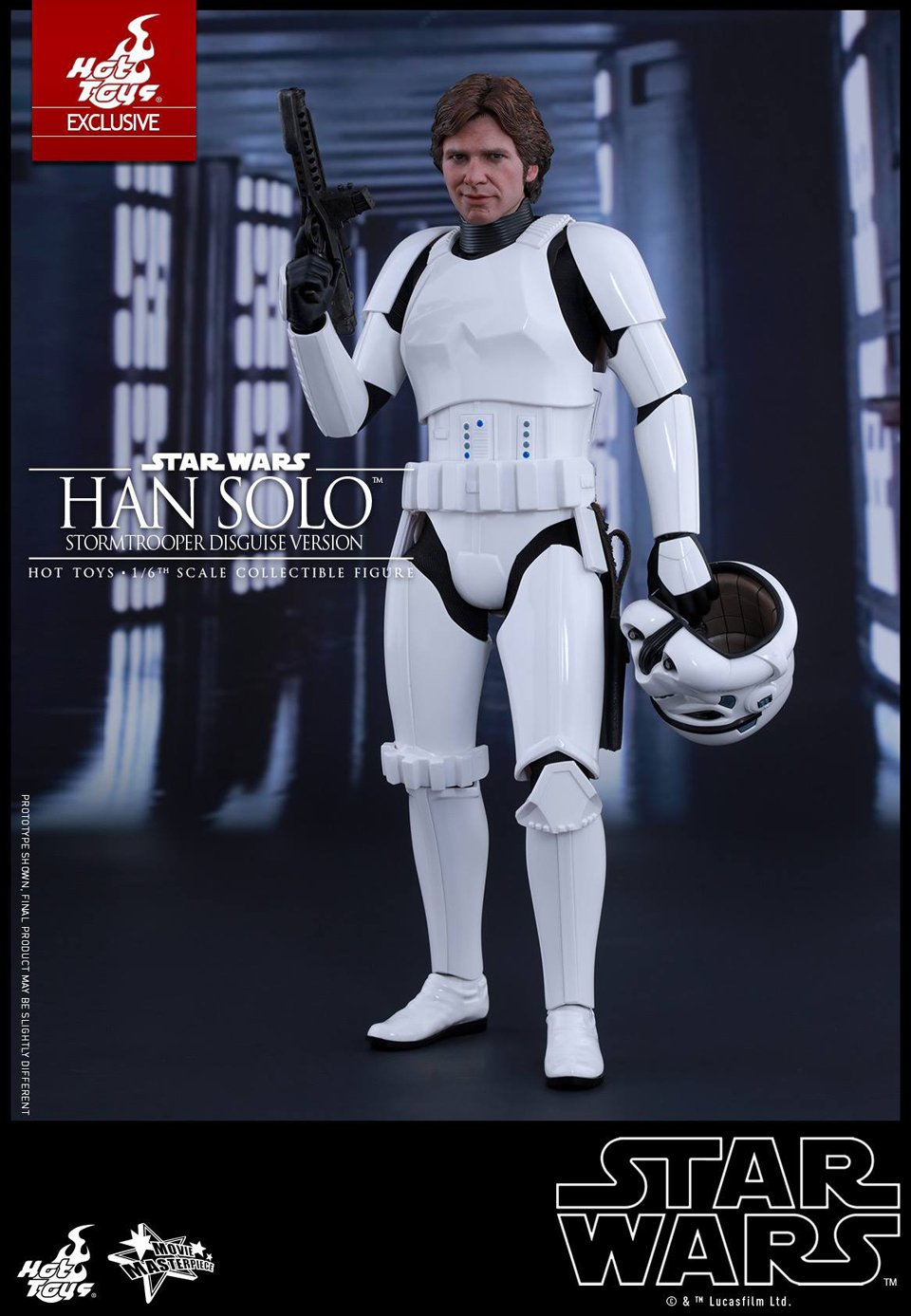 “Bring ’em on. I’d prefer a straight fight to all this sneaking around.” Hot Toys unveiled this action figure on April Fools’ Day, so naturally fans wasn’t sure if the toymaker was trolling or not. But it’s true. All of it. Based on the smuggler’s disguise in Star Wars: Episode IV – A New Hope, the figure is basically a stormtrooper except with young Harrison Ford’s head on it. But what a head sculpt it is. It’s a reminder that Hot Toys can turn it up to another level if they feel like it.

The figure also comes with a stormtrooper helmet with a wickedly detailed interior, four pairs of hands, a pair of binders, a blaster rifle and an LED-backlit Death Star panel diorama backdrop. You can pre-order it from Sideshow Collectibles for $243 (USD). Han really does have quite the price on his head. 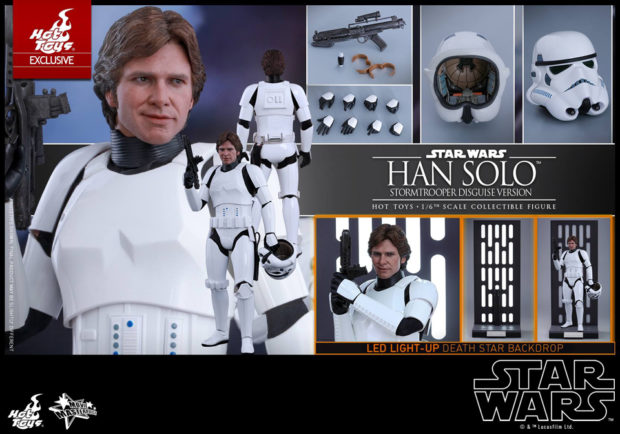 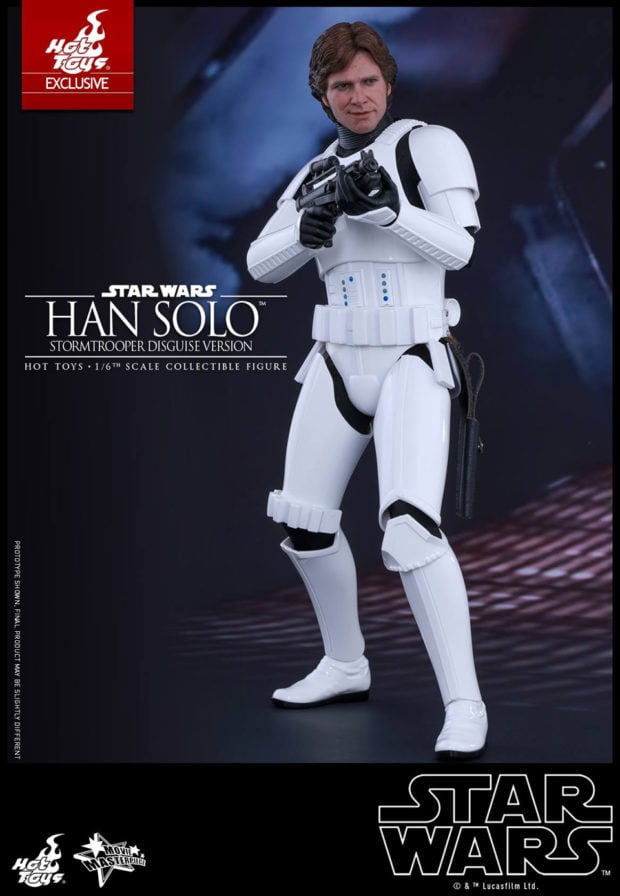 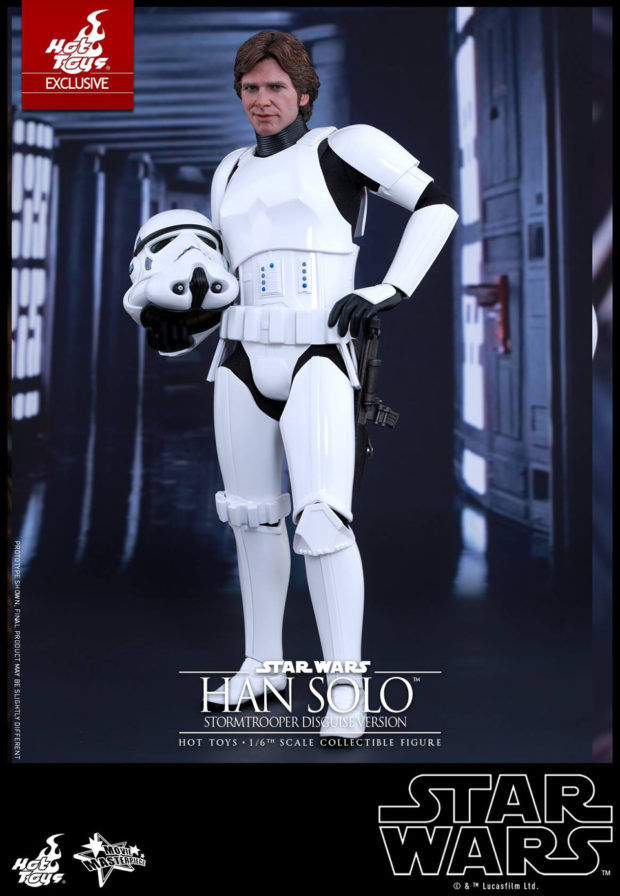 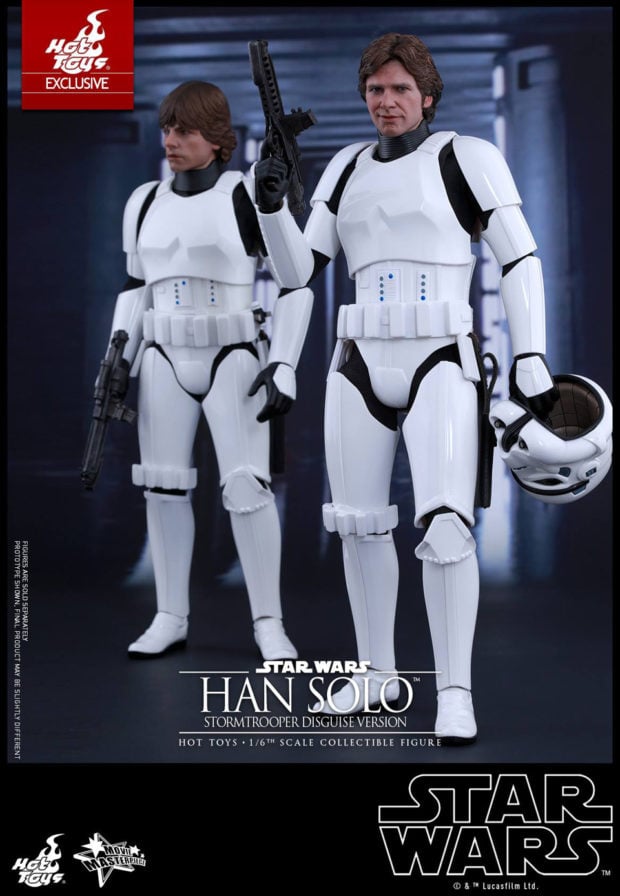 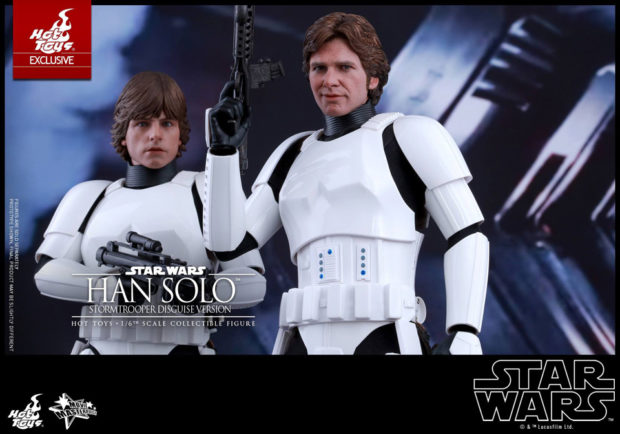 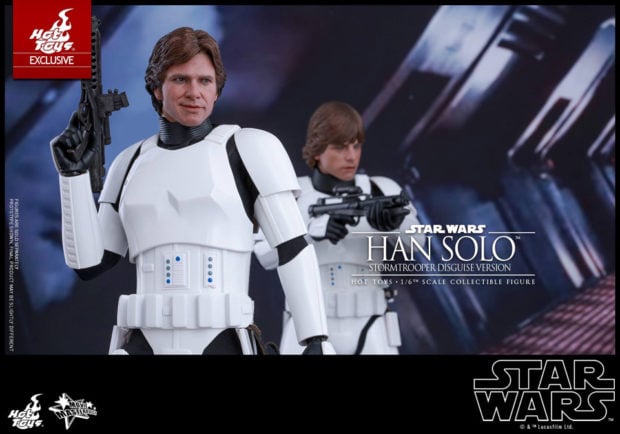 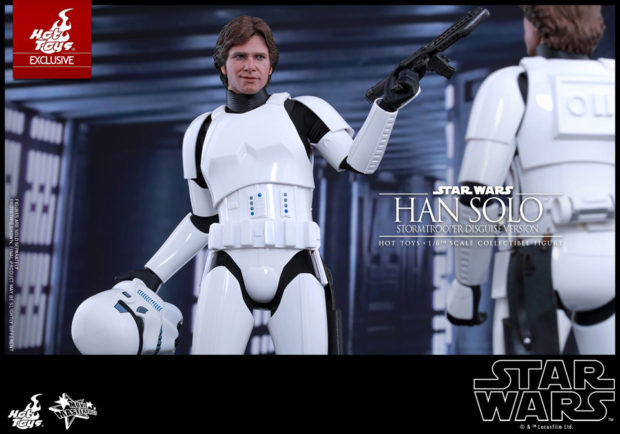 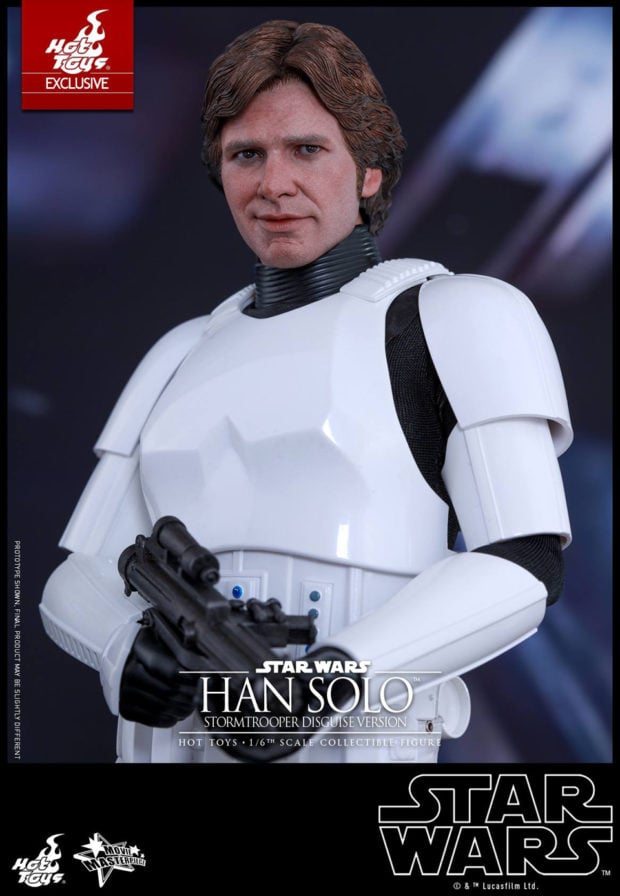 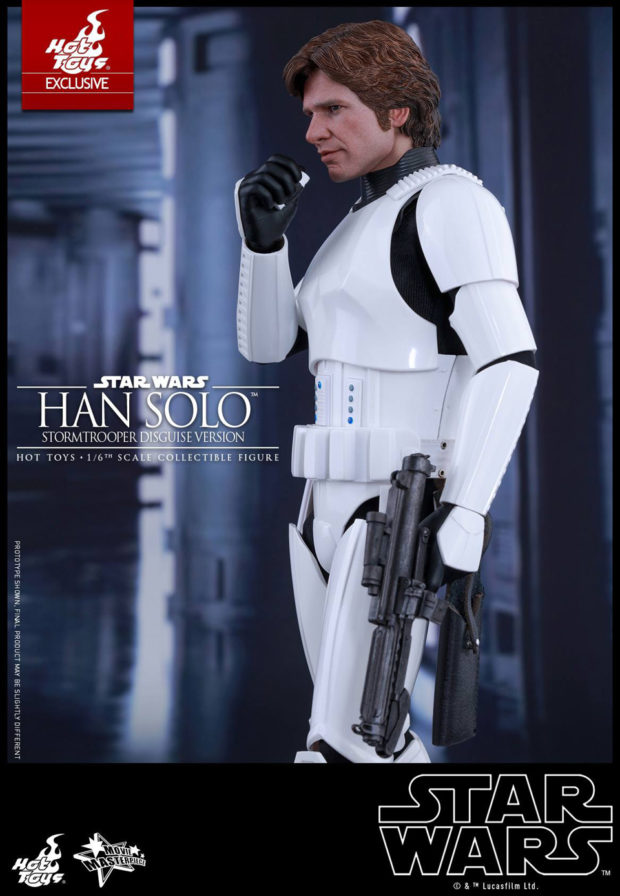 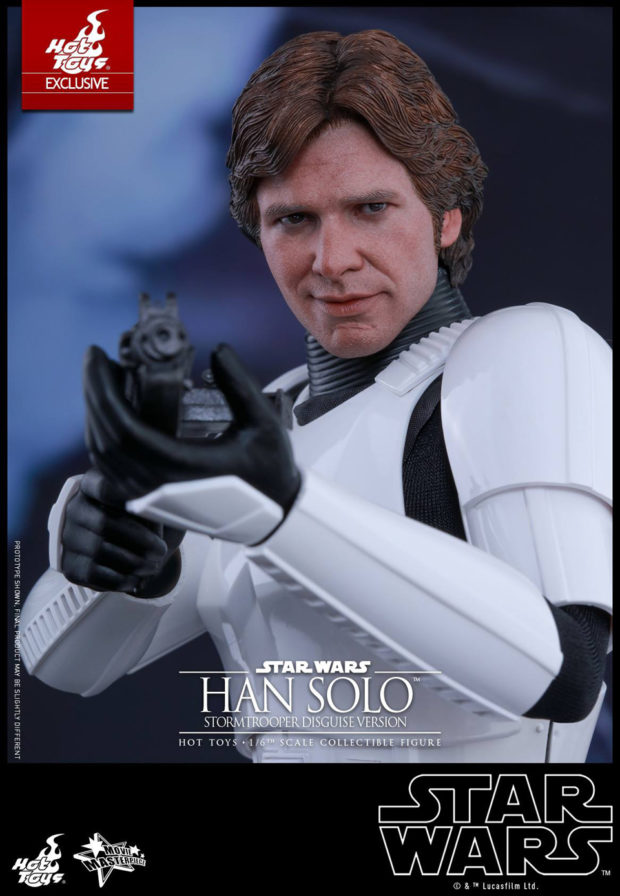 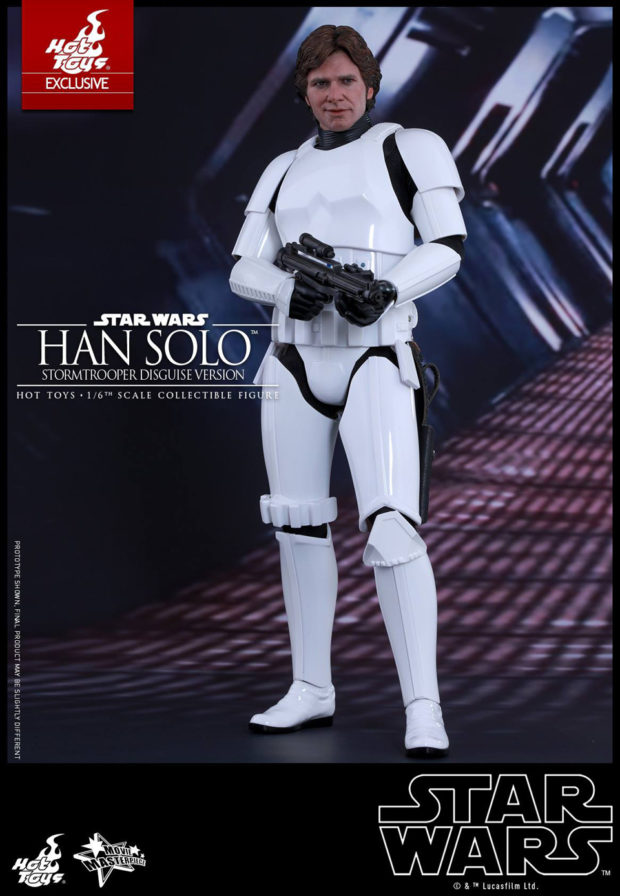