Back in 2013, ThinkGeek advertised a Star Wars-themed cornhole game as one of its April Fools’ Day treats. If you’d love to have a real one, keep an eye on the Facebook page of lightsaber makers Hyperdyne Labs. They’ve made a snazzier version of the game, which uses the trench run as its inspiration.

The platform looks like a piece of the Death Star, with the infamous thermal exhaust port as its hole. An acrylic glass cover enables the bean bags to slide on the platform. 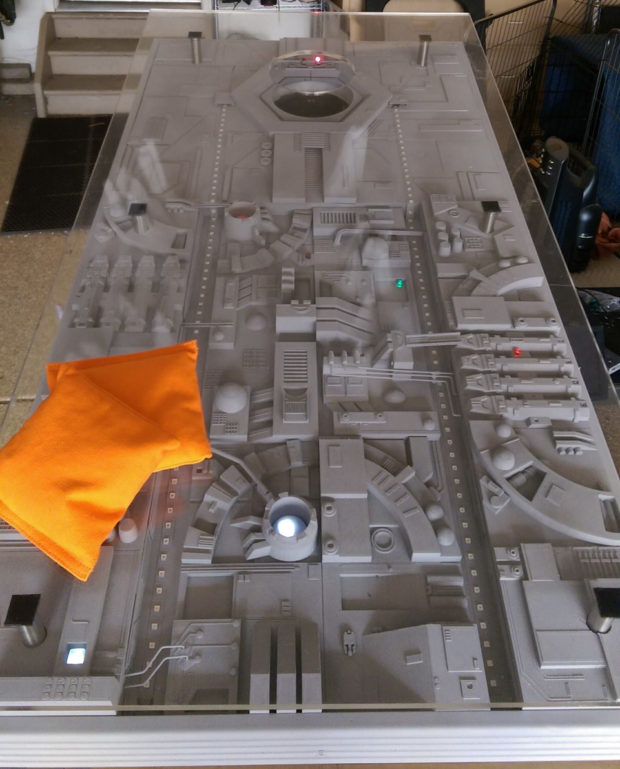 Taking things to the next level are the platform’s LEDs and the sound effects. Apparently, the game has different sounds for certain situations, e.g. for missing the platform. I’m not sure if that’s manually activated or if the platform and the bean bags have some sort of connection that triggers the sounds.

Hyperdyne Labs has only one of these platforms, but they said on Facebook that they’re “working on logistics to make these.”