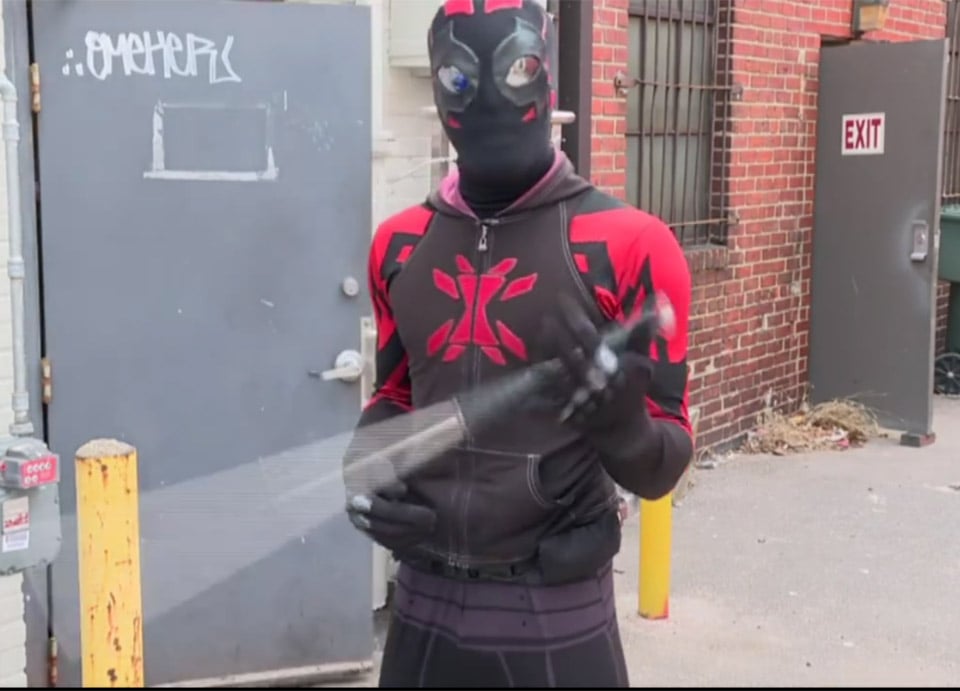 We live in crazy times, in which actual real-life superheroes roam the streets. And crazy as that sounds, it is actually kind of comforting. Apparently, a Spider-Man inspired crimefighter by the name of “Black Widow” has been spotted in the Norfolk, Virginia area. There he protects the streets and makes sure that citizens are safe.

He is armed with a baton and a black belt in martial arts, and apparently has intervened with a handful of crimes in the area, stopping carjackings, and a man who was allegedly assaulting a woman. He has also been known to stop fights in bars.

Meet the Black Widow — Norfolk's very own superhero! But he says he's not a hero nor a vigilante; he just wants to help the community. Learn more about Black Widow: http://via.wtkr.com/pIxT5

Hopefully he keeps himself safe. It is good to know that some people feel a higher calling to help strangers.