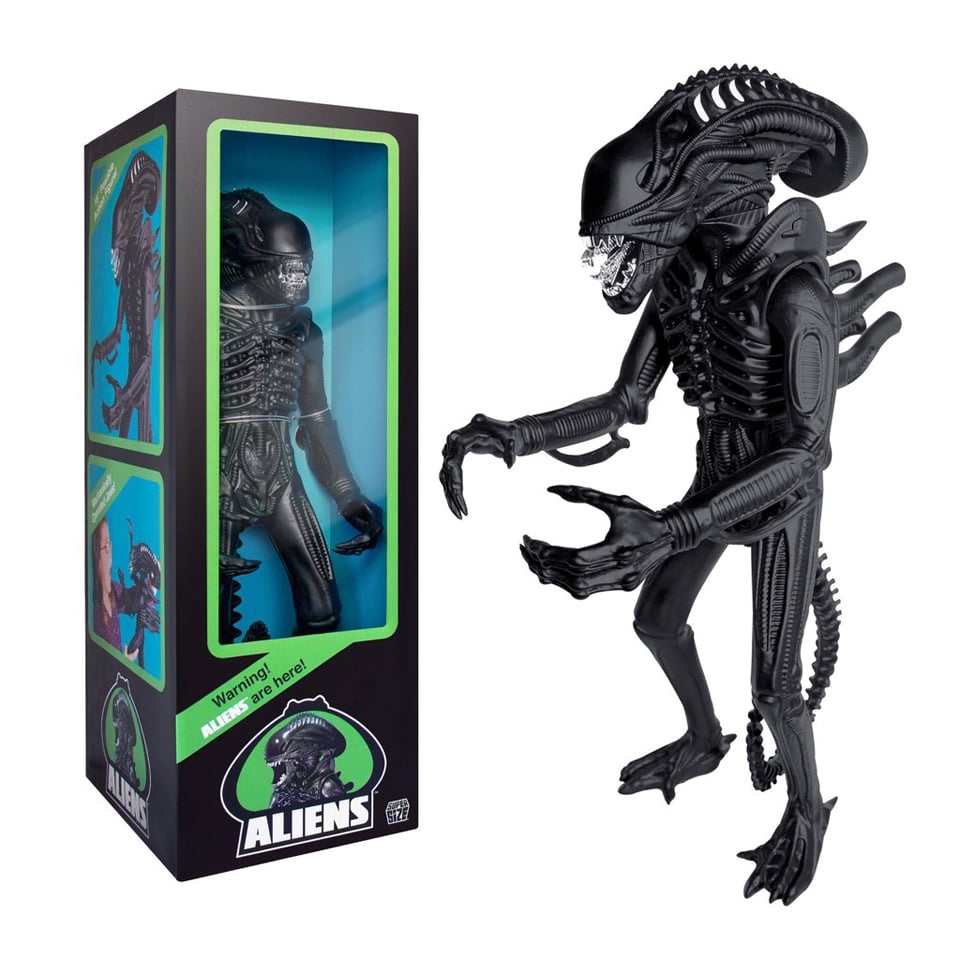 With the Kenner brand long dead, Super 7 took it upon itself to imagine and create a direct successor to the infamous 18″ Kenner Alien action figure from 1979. That figure has become a collector’s item not only because of its age. Apparently when it came out, many parents were horrified and could not fathom why someone would sell toys from an R-rated movie. And since Alien was for adults only, the Xenomorph’s badass visage was unfamiliar to children – there was barely any demand for it. Last but not least, the figure was notoriously easy to break. If you manage to find one in mint condition, you could practically exchange it for a brand new Prime 1 statue.

Naturally, Super 7’s figure is based on the Alien sequel Aliens. It has glow accents, a retro packaging and a metallic snapping jaw that’s toggled via a trigger at the back of its head, just like the original. You can pre-order it now for $195 (USD).