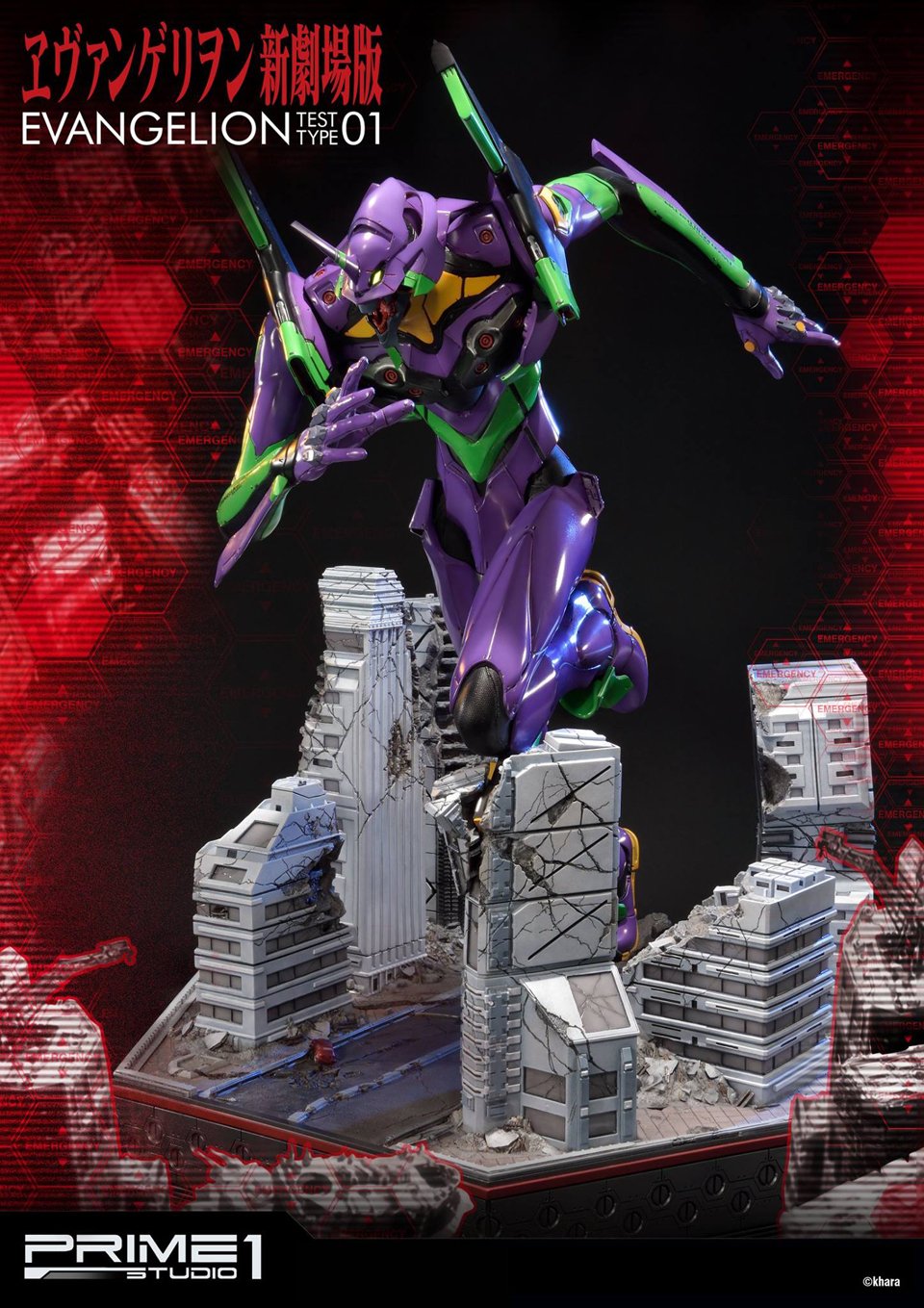 Prime 1 Studio drops another bomb with this jaw-dropping Ultimate Masterline Diorama of Unit-01, the most famous of the Evangelion units. The diorama is a little over 30″ tall, 24″ wide and nearly 27″ long.

It comes with two sets of arms. One set has three pairs of hands: one pair for a running motion, one pair that holds the included knife in its right hand and one pair that holds the knife in its left hand. The second set of arms lets the statue hold the included rifle. The diorama also comes with three heads: one with the mouth closed, one with the mouth open, and there’s a third exclusive head that has the mouth open with the EVA unit’s bloody teeth exposed.

Making Unit-01 even more imposing is its equally detailed base, which features ruined buildings, roads and vehicles. You can pre-order the diorama from Sideshow Collectibles for $1200 (USD). 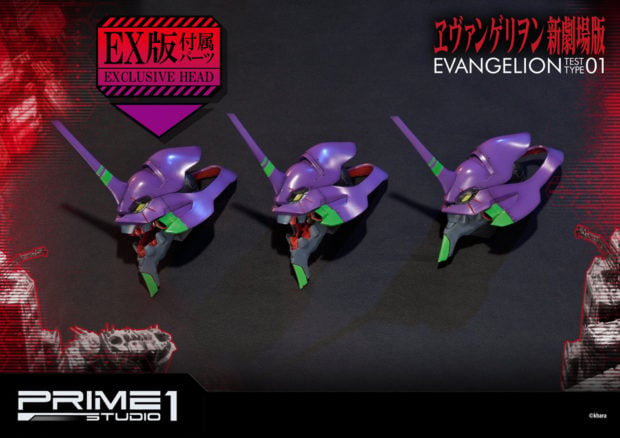 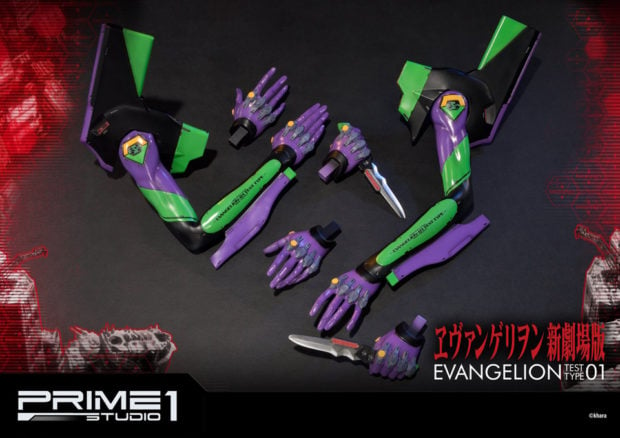 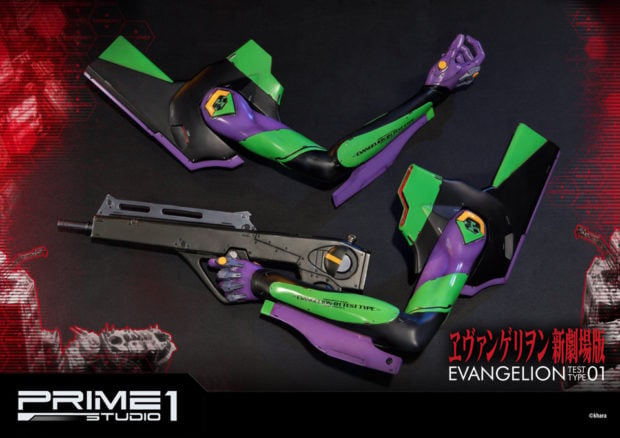 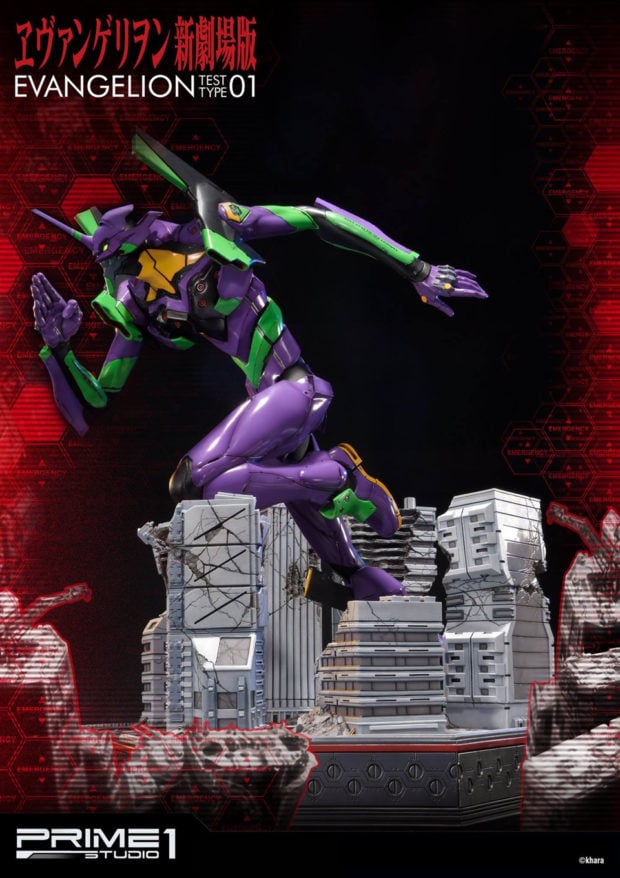 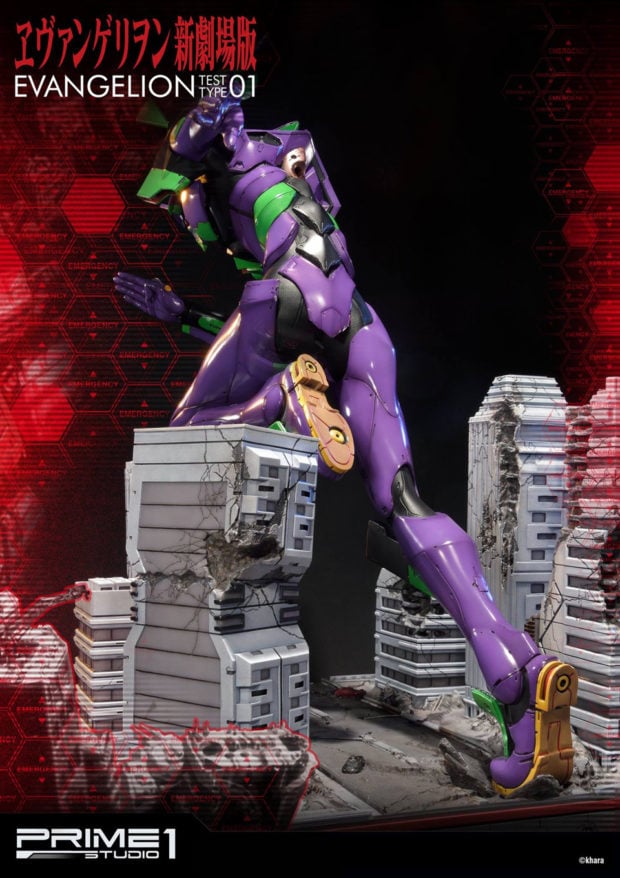 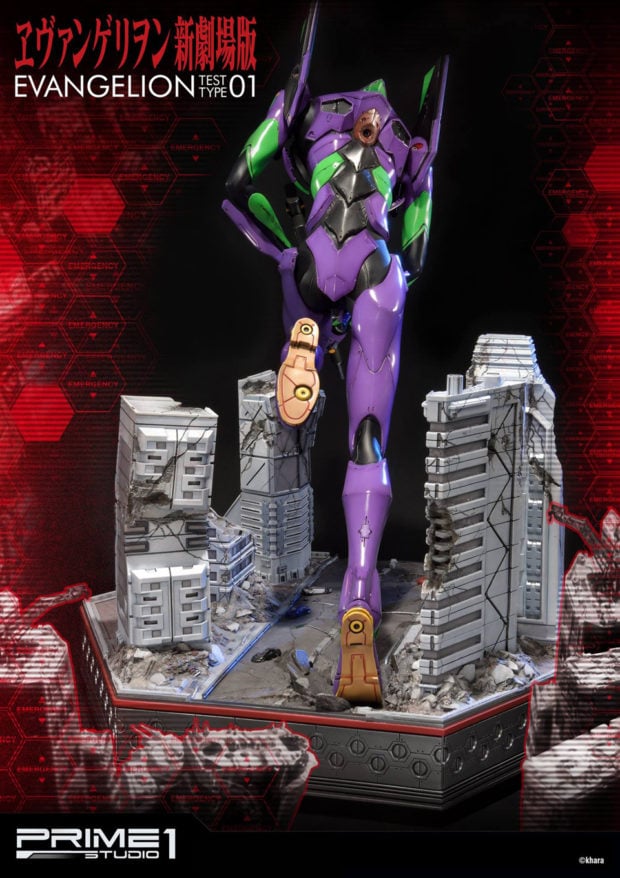 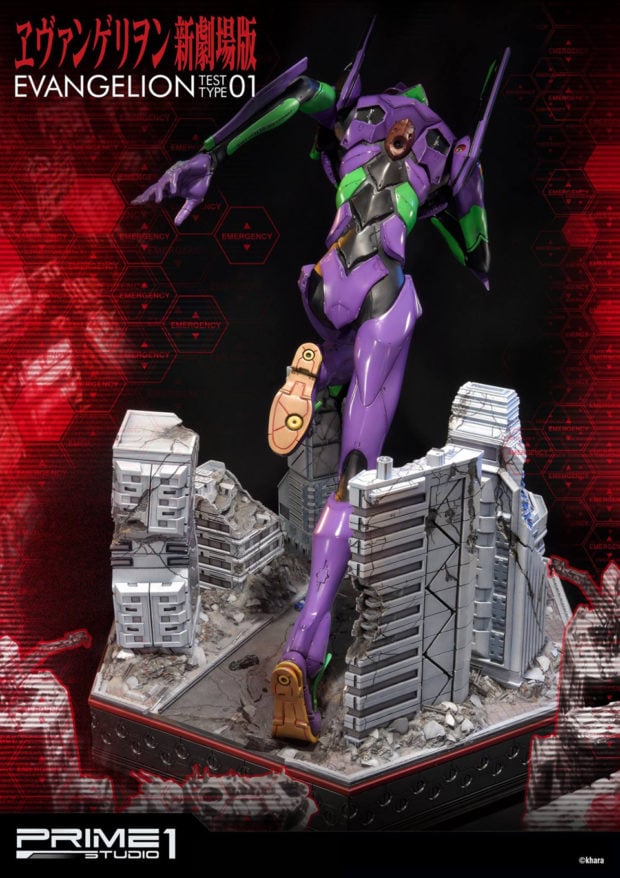 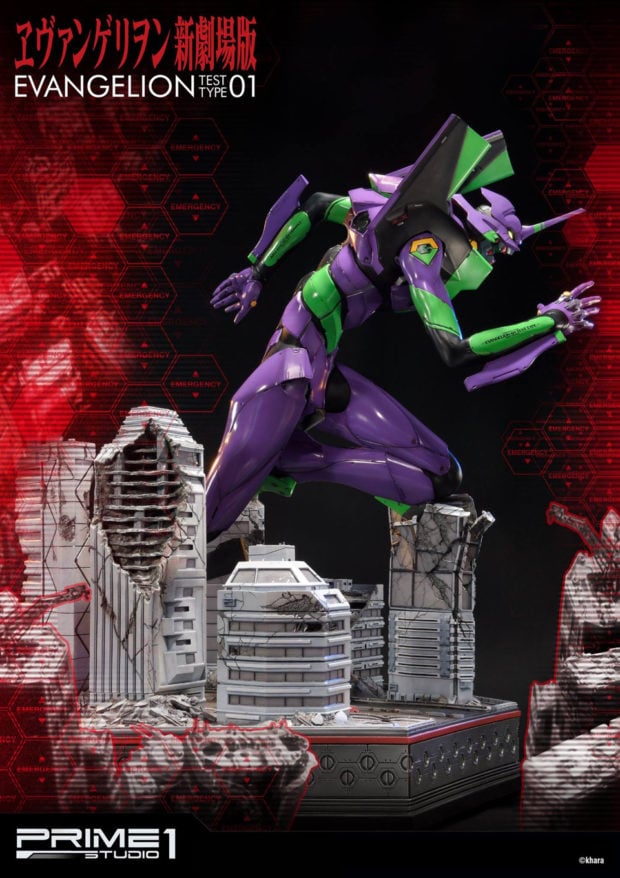 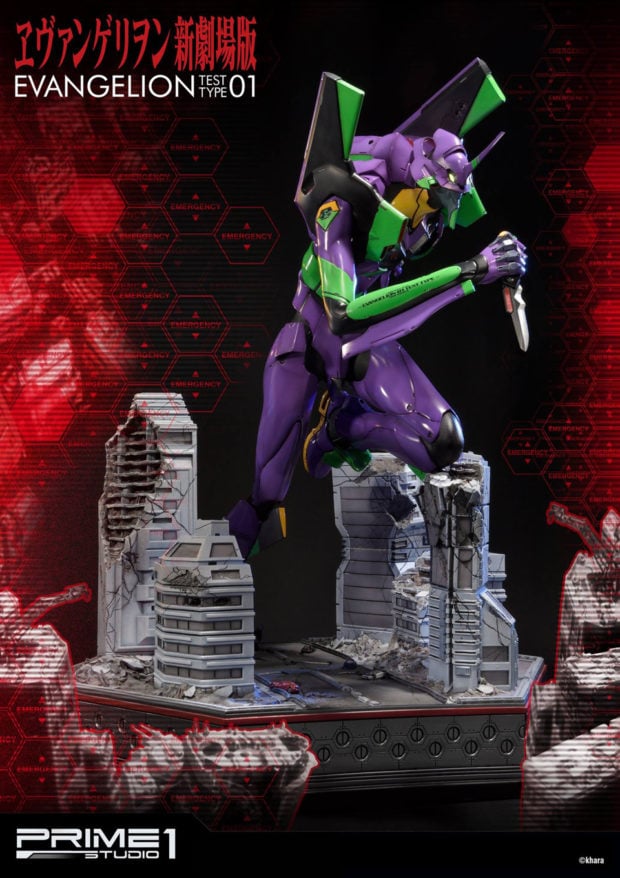 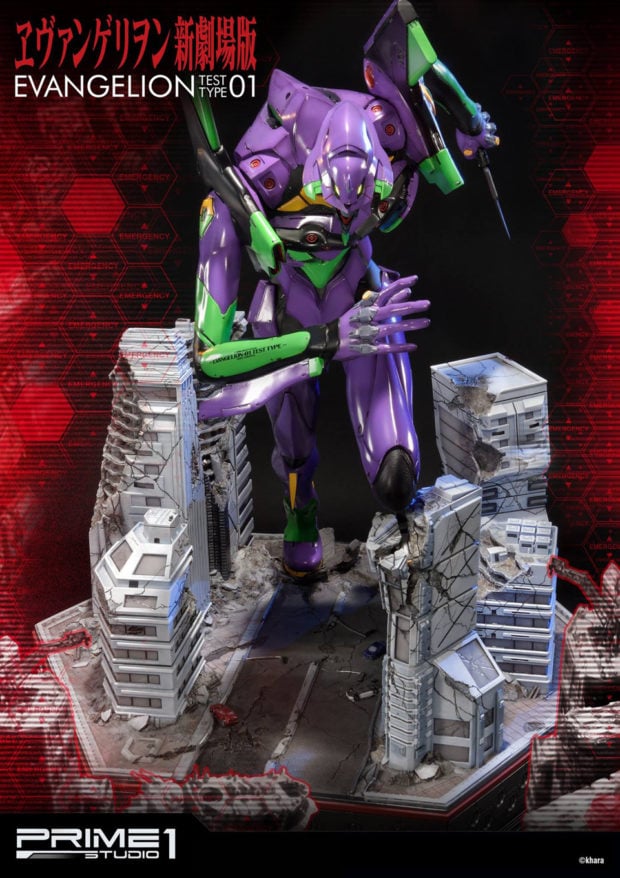 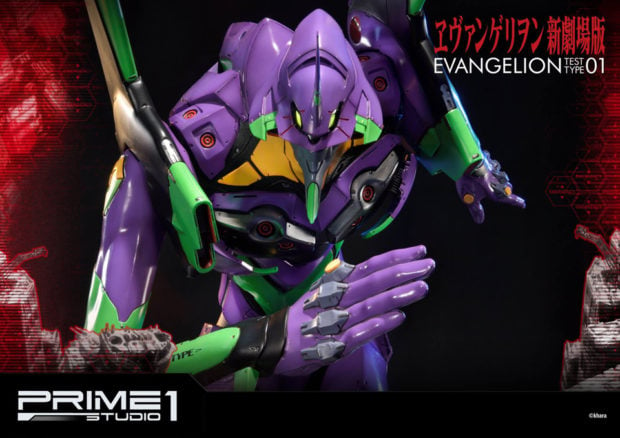 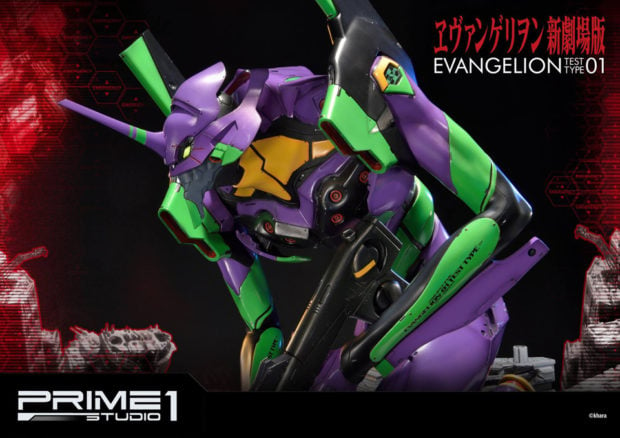 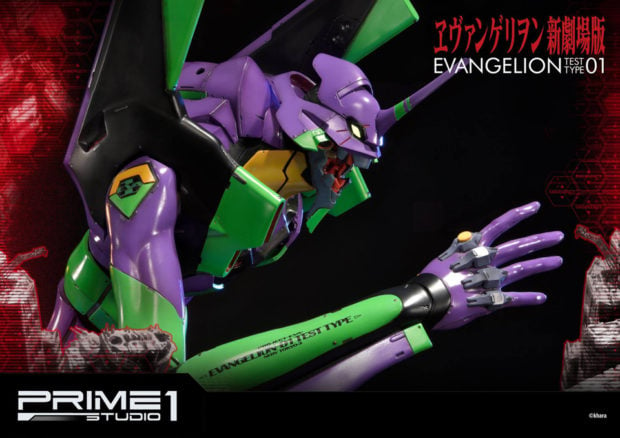 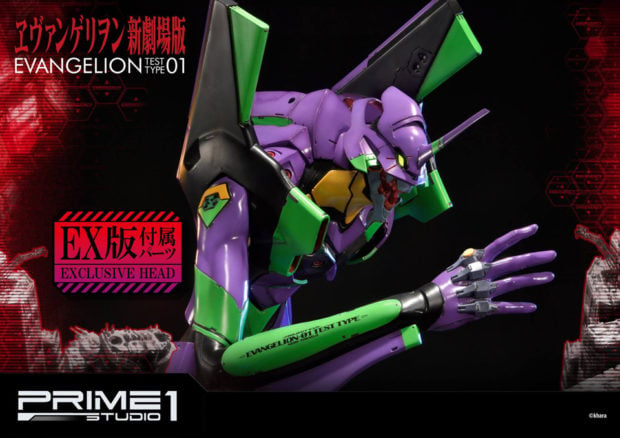 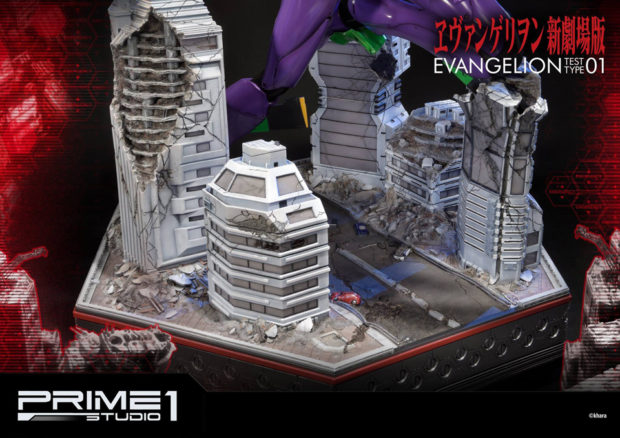 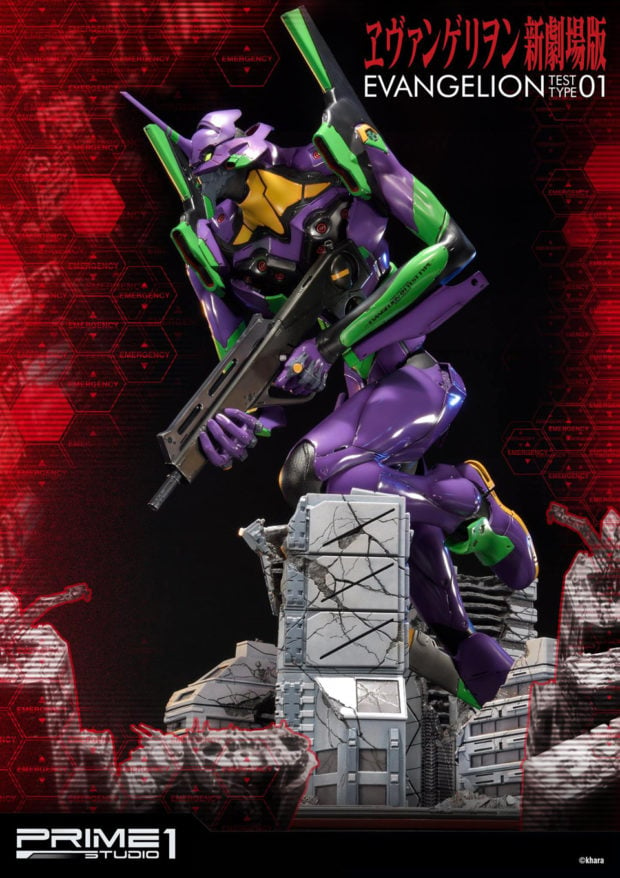 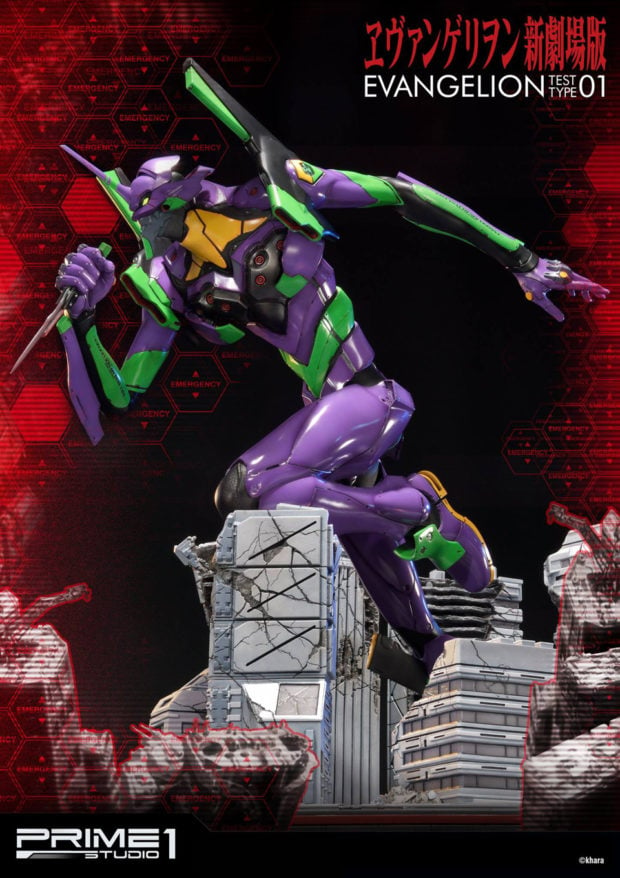 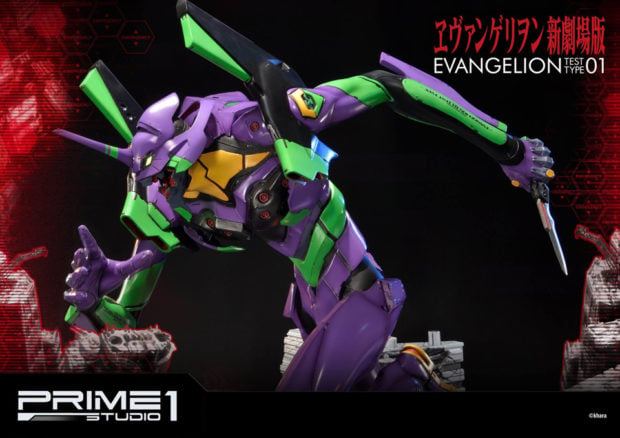