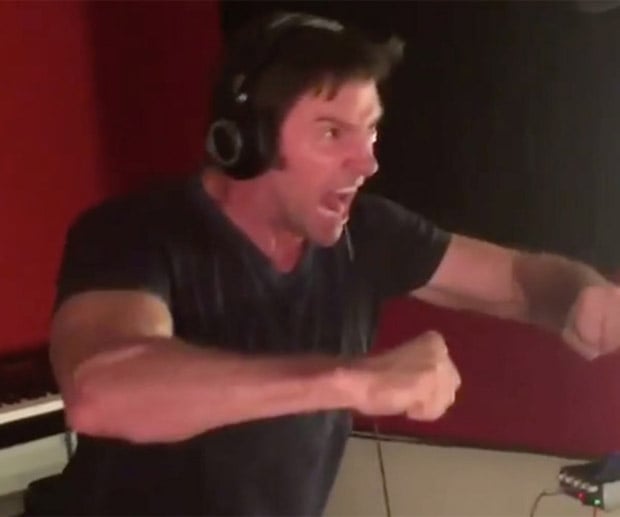 Hugh Jackman is a fantastic actor. It goes without saying that the man is full of energy and gives his all, but check out this behind the scenes look at Jackman doing some post-production dubbing for a key scene from his latest Wolverine movie Logan.

Some actors would probably show up and strictly do the voice work. Not this guy. He throws himself into it and acts the scene out, swinging, grunting, flexing his muscles,essentially becoming Wolverine one more time. You have to admire his passion. And when he nails the scene, you can see him instantly relax and become Hugh Jackman again.