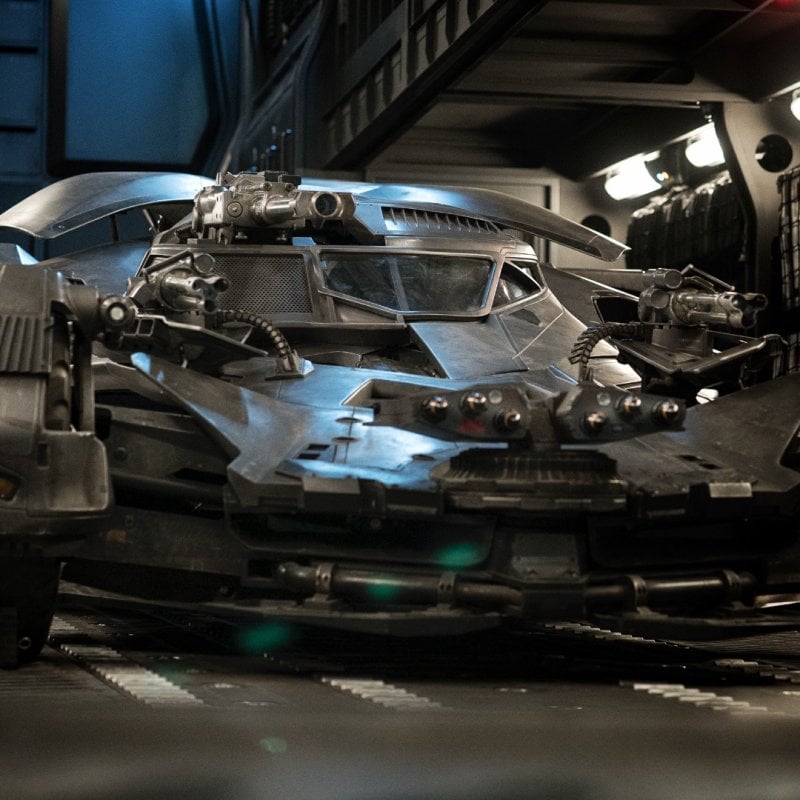 The Batmobile always gets upgraded for every movie, and Justice League is no exception. Director Zack Snyder has just shared an image of an enhanced Batmobile. It looks a lot like the Batmobile from last year’s Batman vs. Superman, but it now has a bunch of weapons added to it. Like those guns on both sides in front.

Production designer Patrick Tatopoulos did say that the Batmobile would be getting some cool new additions like machine guns, cannons and missile launchers, and it looks like he was right. Obviously this means that there will be at least one cool chase scene involving Batman.