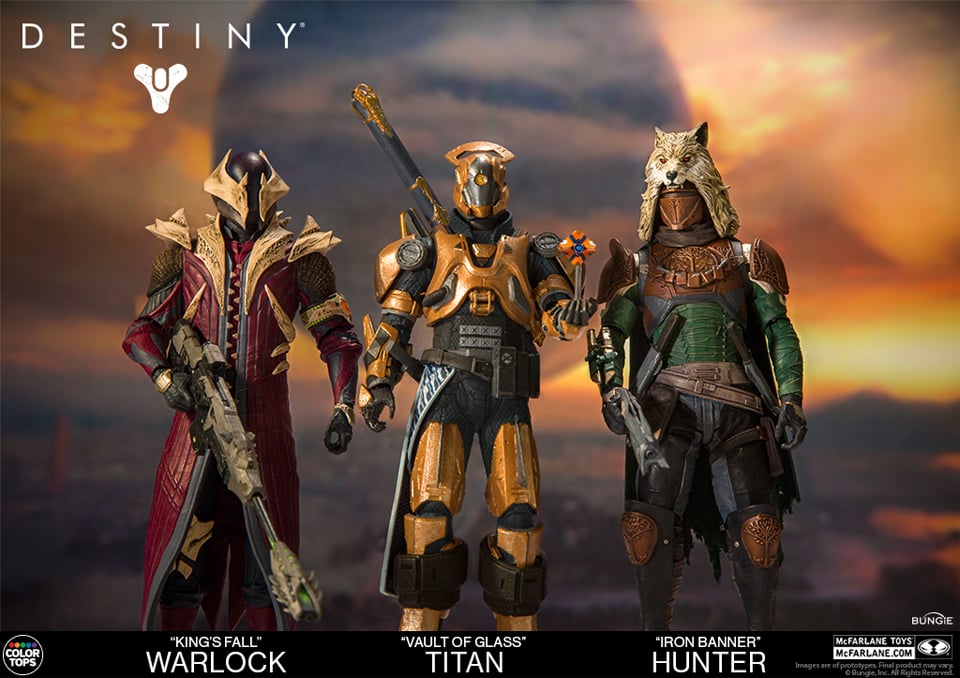 McFarlane Toys revealed at the 2017 Toy Fair that they snagged the license to create collectibles based on Bungie’s hit FPS MMO Destiny. First up are three 7″ action figures, each with at least 14 points of articulation, that appear to offer the most bang for your buck. There’s a Warlock armed with Touch of Malice and Black Hammer and armor from the King’s Fall raid, a Titan with Gjallarhorn and Invective and armor from the Vault of Glass raid, and a Hunter armed with Thorn and Hung Jury and wearing Iron Banner gear. All three are already available for pre-order from BigBadToyStore for a mere $18 (USD) each. They may not have fabric, leather or metal parts, but the detail and paint work look great.

McFarlane Toys will also be releasing 10″ figures based on the game, starting with Lord Saladin. It comes with two heads – one with the helmet on and one bare – and will have a fabric fur and cape. That one will go for $35.

Finally, there’s the star of the batch, a more or less life-size replica of the rare rocket launcher Gjallarhorn. It’s 44″ long and will have “aiming, targeting, firing, explosion and Wolfpack rounds” sound effects. It will be released this December for $150. Here’s Todd McFarlane himself gushing over the toy, complete with sound effects.

Todd McFarlane shows off the Iron Gjallarhorn from Destiny! 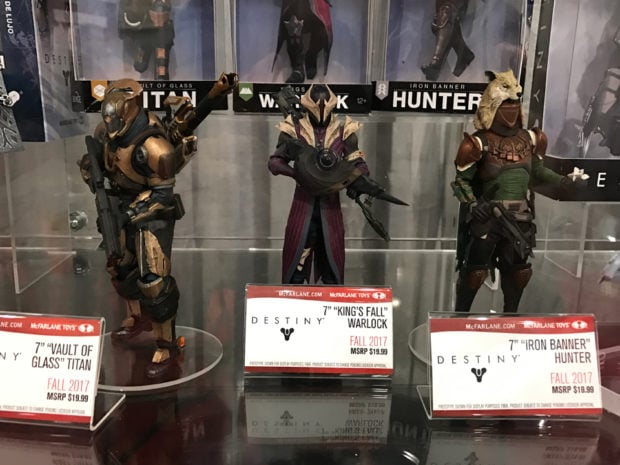 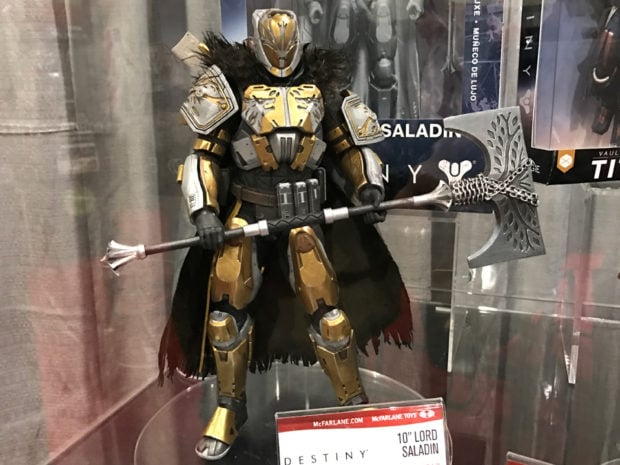 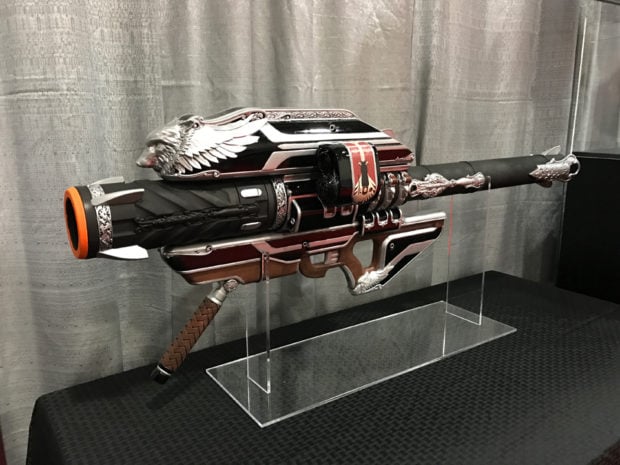 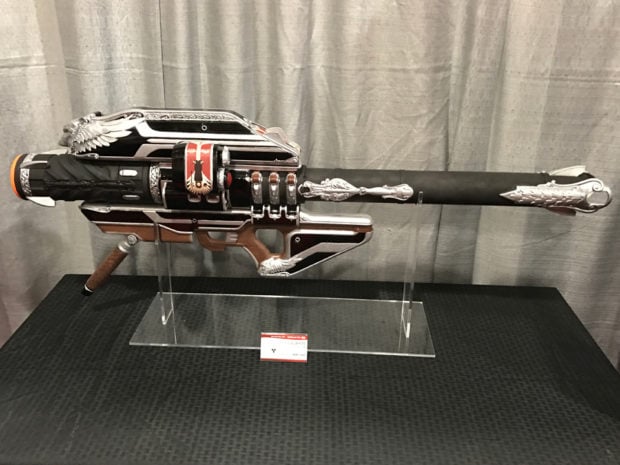