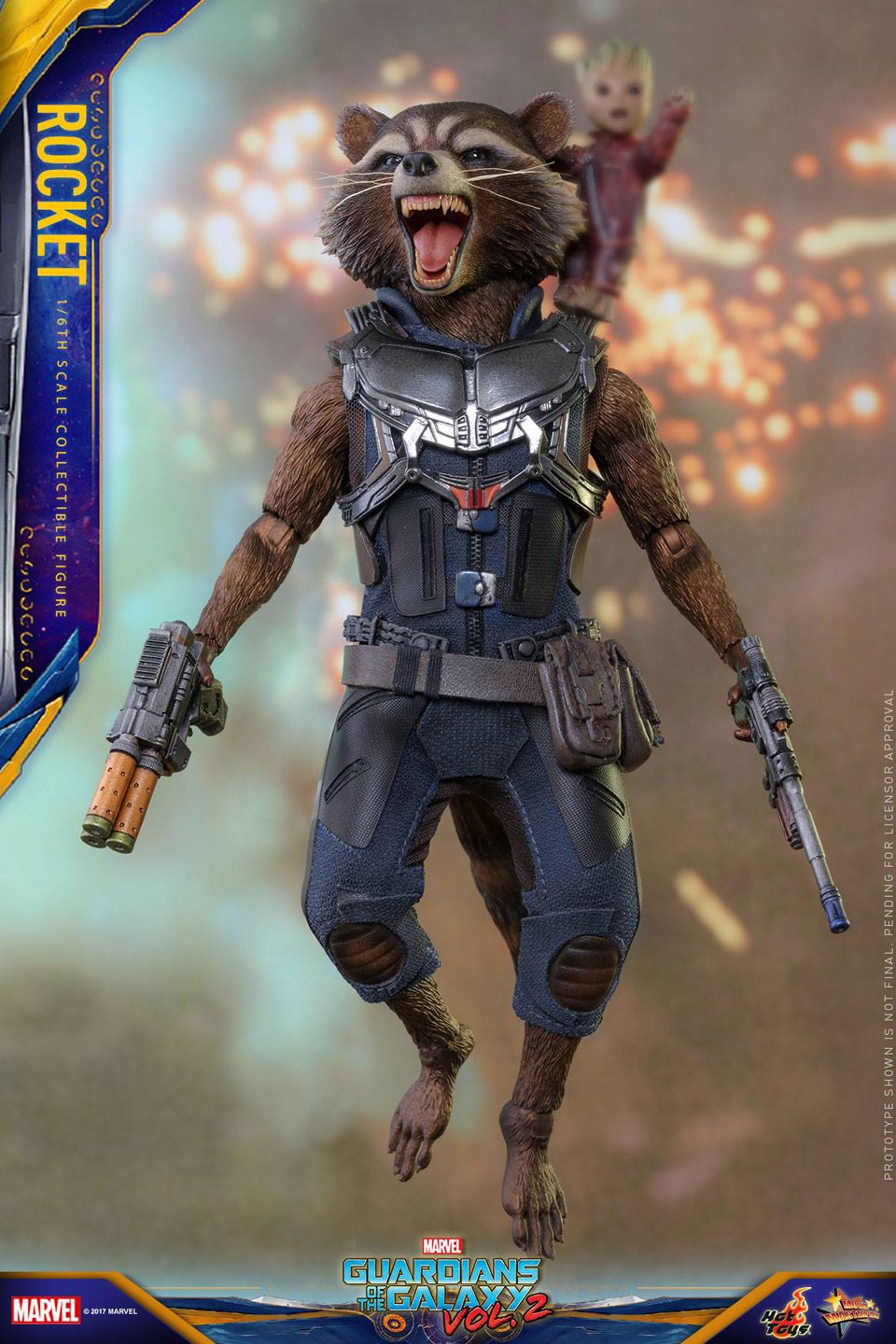 The galaxy’s angriest genetically modified raccoon is back on Hot Toys’ stable of sixth scale action figures. Based on his appearance in the upcoming Guardians of the Galaxy sequel, the 6.3″ tall figure has 17 points of articulation and comes with a new head sculpt, three pairs of hands, two pairs of feet, a detachable jetpack with an armored chest plate, two pistols and of course a miniature Baby Groot that Hot Toys blurred out for some reason.

The action figure’s Deluxe version adds an extra, slightly less angry head, a bad ass heavy machine gun and another set of hands to hold the machine gun. You can pre-order it now from Sideshow Collectibles for $228 (USD). 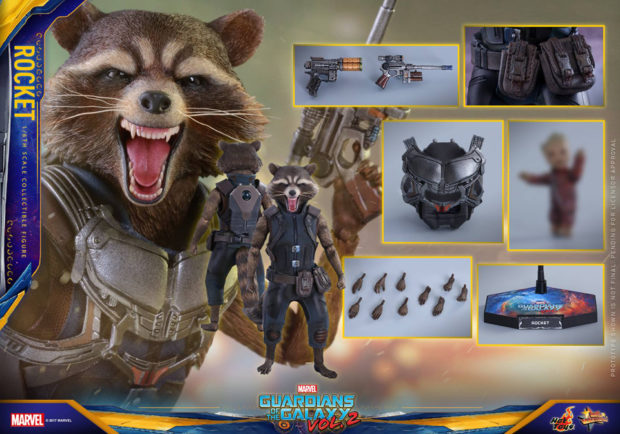 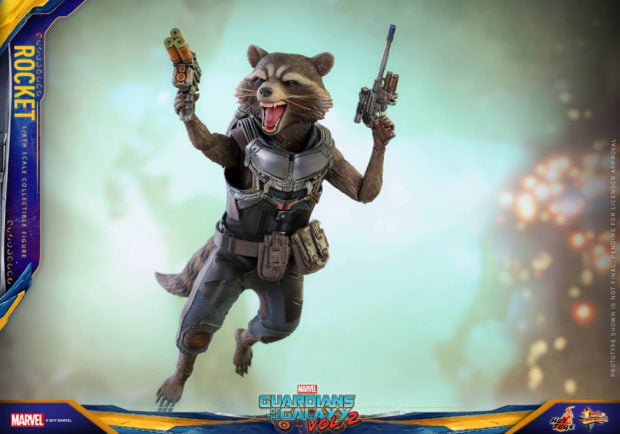 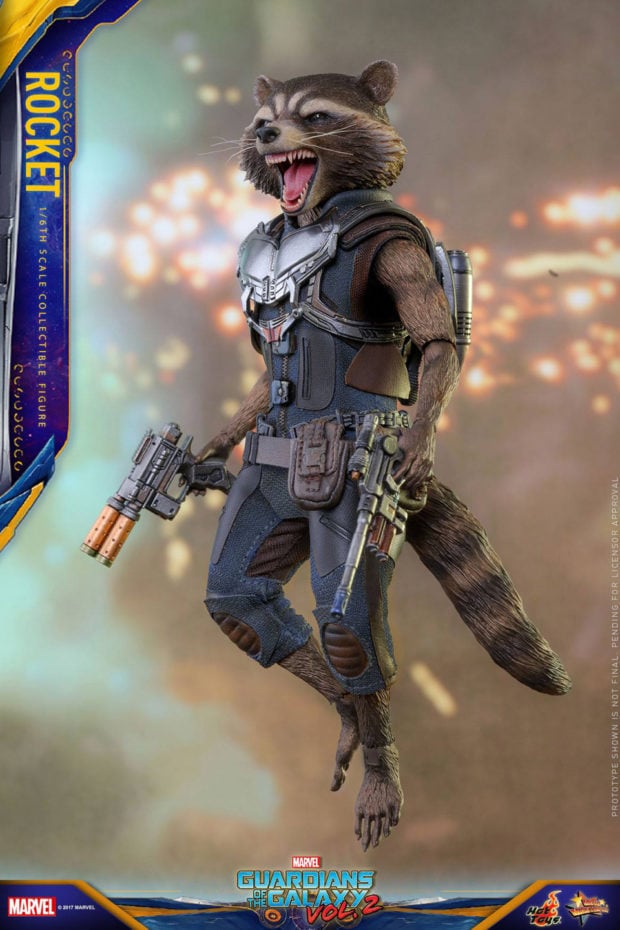 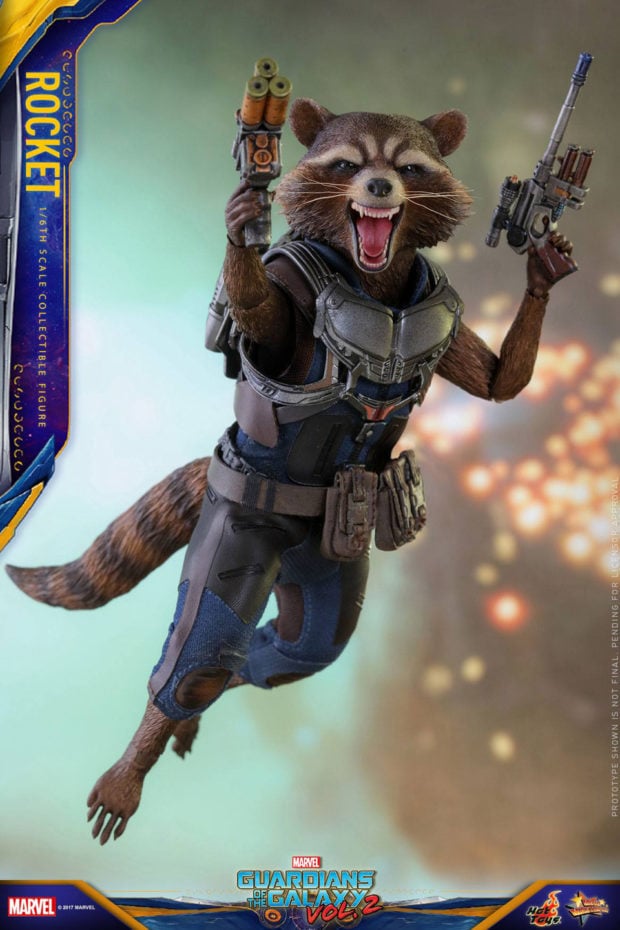 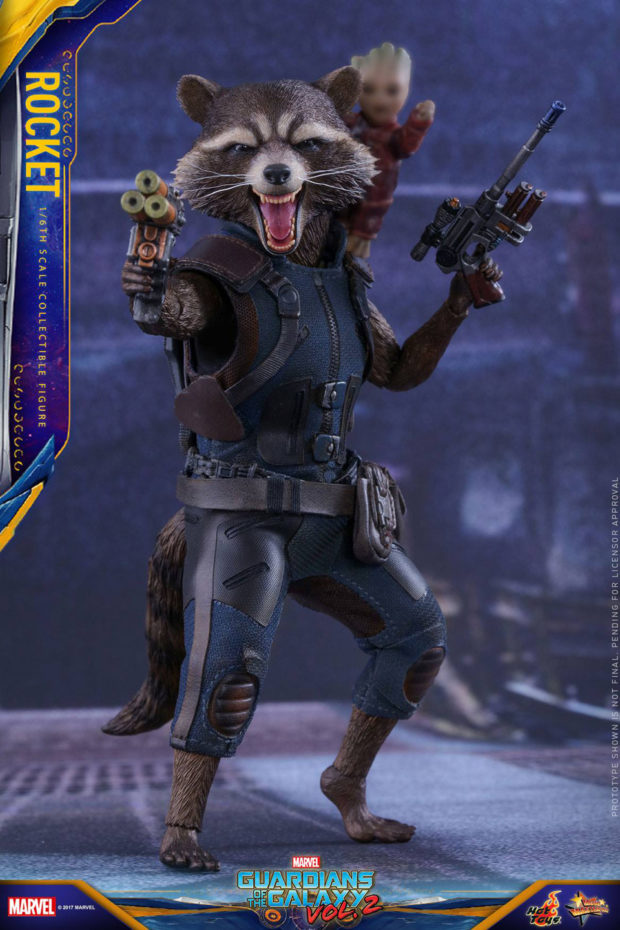 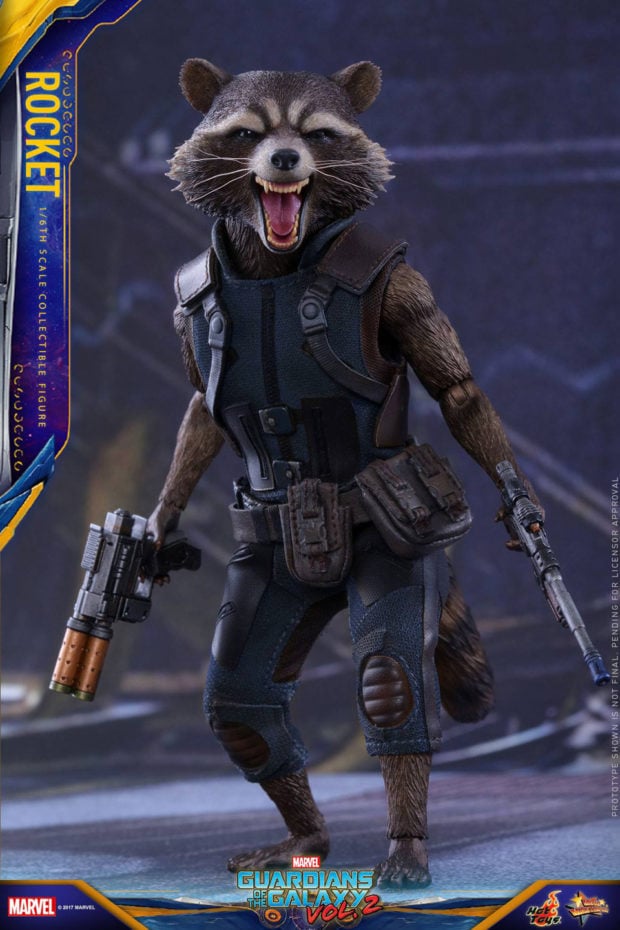 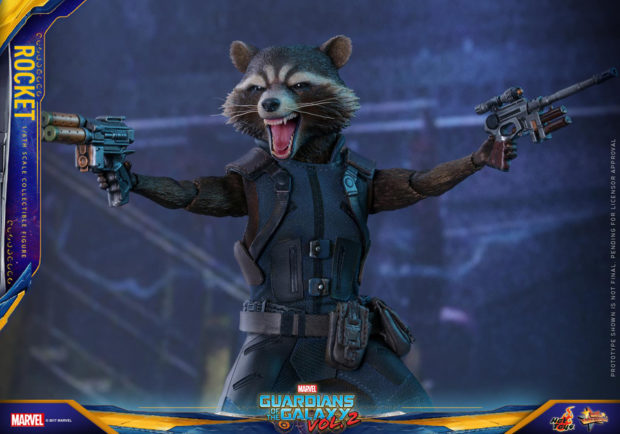 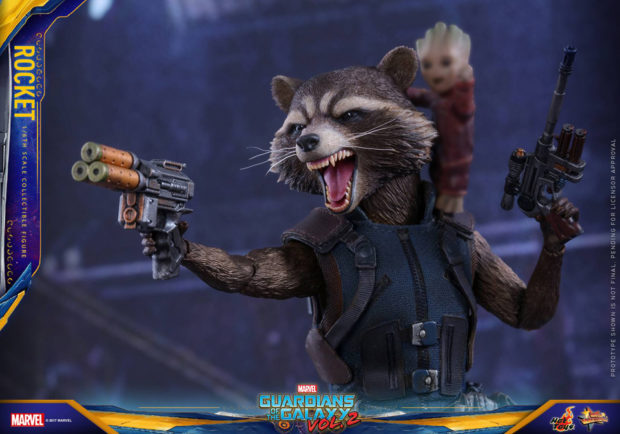 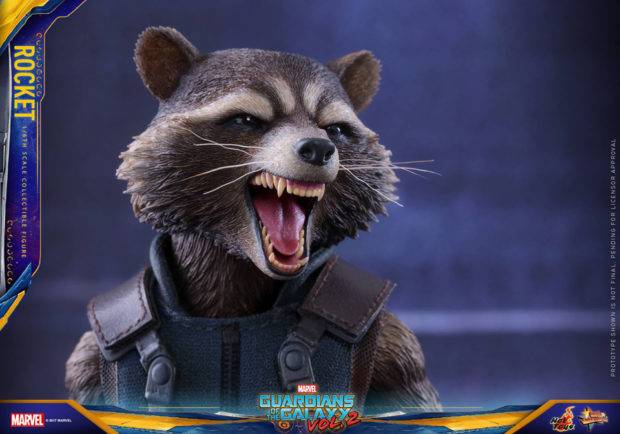 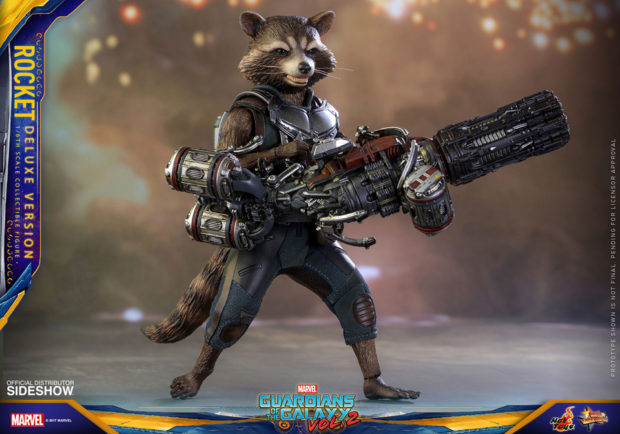 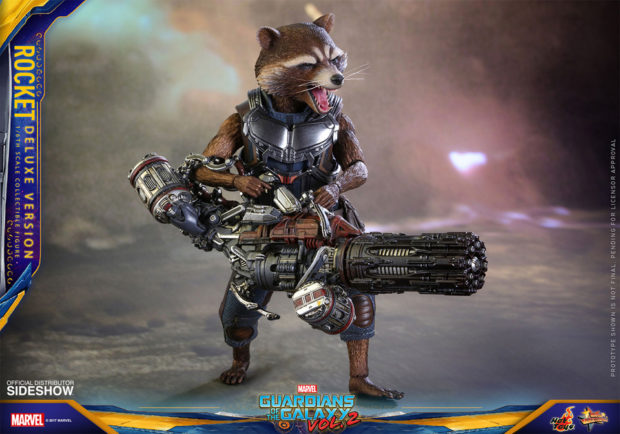 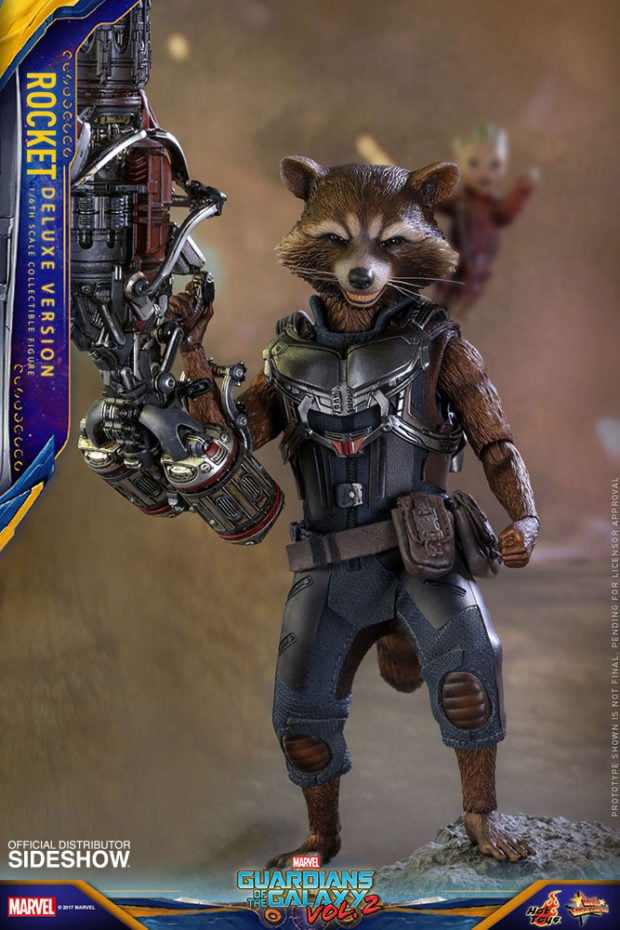 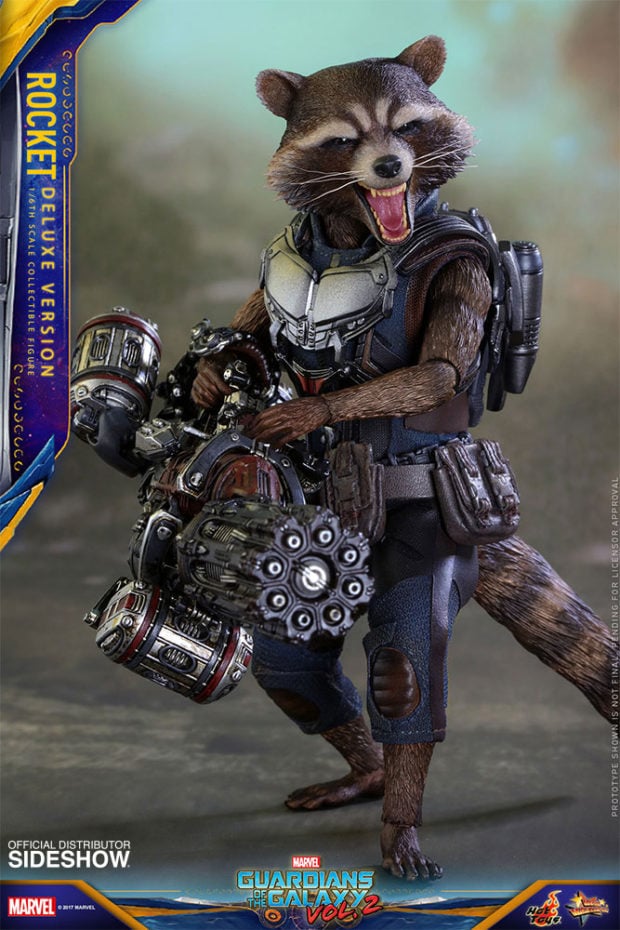 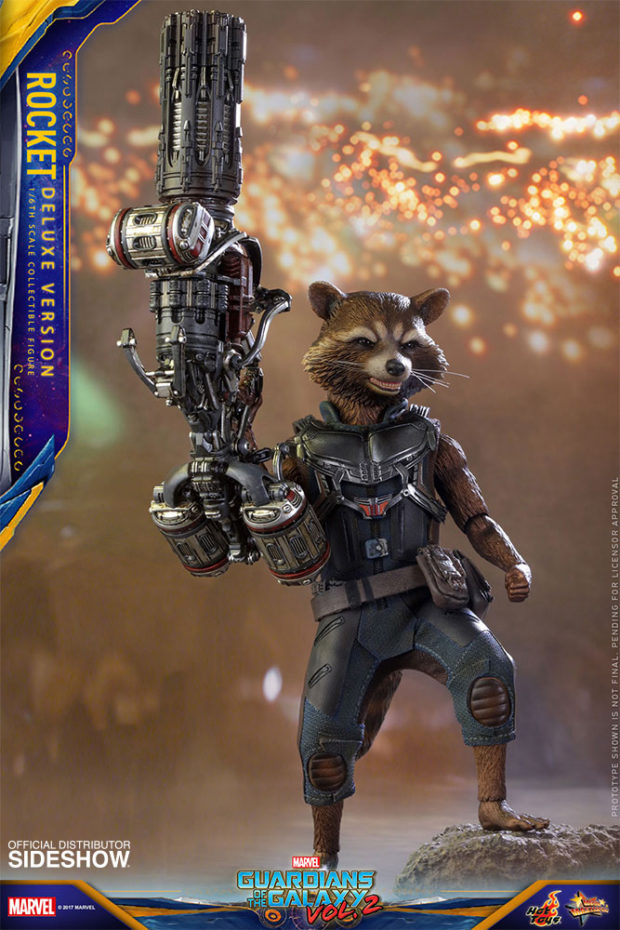 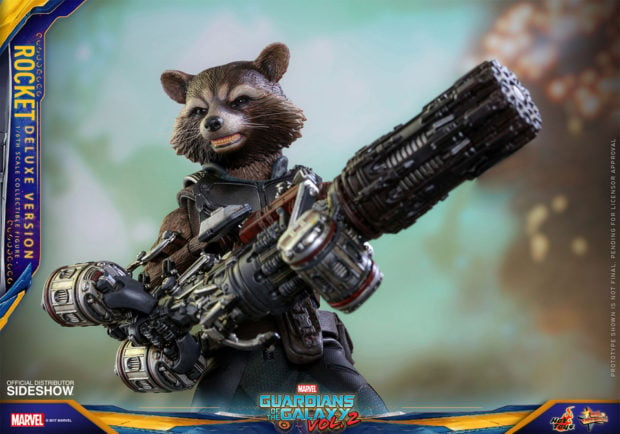 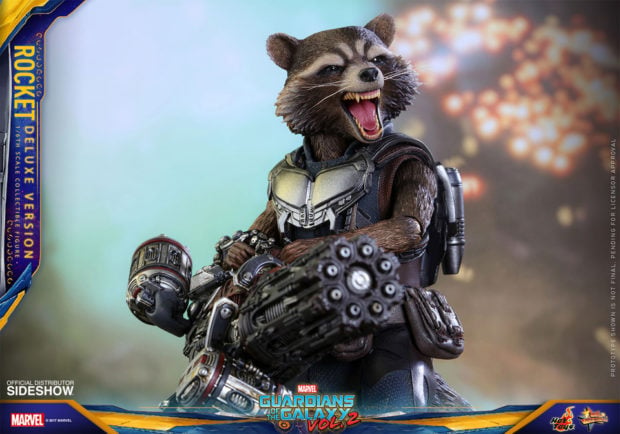