Keanu Reeves: Bill and Ted 3 in the Works! 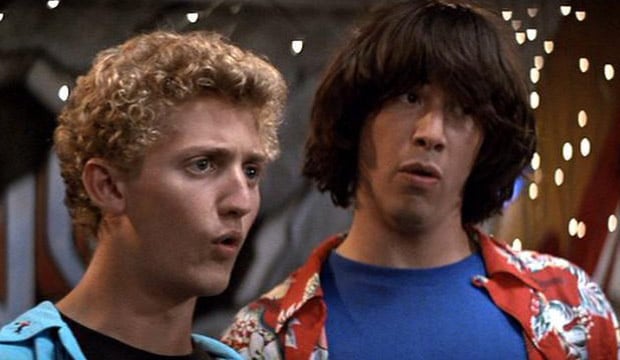 I went to see John Wick Chapter 2 last weekend, and that was the coolest movie I have seen in a long time. I think it was much better than the first movie. The first time I ever saw Keanu Reeves, way before Point Break, Speed, and The Matrix was in Bill & Ted’s Excellent Adventure.

Teenage me though that film was the funniest thing ever. Bill and Ted 2 wasn’t that great compared to the original in my book, but I think I’m ready to give the franchise another chance. Now, hot off his turn as badass assassin John Wick, Keanu Reeves has said that Bill and Ted 3 is in the works. During a recent episode of The Graham Norton Show, Keanu talked a bit about the new flick, and revealed that the plot revolves around the now grown-up duo having to write a song to save the universe.

I often wonder how tired Reeves is of hearing people say “No Way!” when they see him.