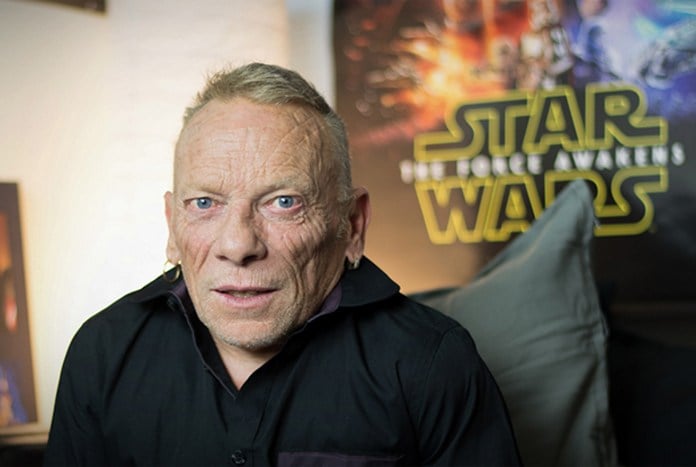 After the passing of Star Wars icon Kenny Baker last August, everyone has been wondering who would be taking up the role of R2-D2 now for future Star Wars films. Well, some of at least us nerds have been asking. Well, now we have an answer. It has been revealed that Jimmy Vee will be the new man operating R2-D2. from inside. He is the droid that they were looking for.

For those of you wondering about Jimmy’s credentials, he’s quite experienced in science fiction and fantasy films, having appeared in numerous Doctor Who episodes, and Pan, among other films.

Here’s an excerpt from the official announcement:

We’re proud to officially announce that our client Mr Jimmy Vee has taken over the role of the Star Wars droid ‘R2-D2’, originally played by iconic actor, Mr. Kenny Baker.

Jimmy says, “It’s been an absolute pleasure to have worked alongside the legendary Kenny Baker. Kenny was a fantastic actor and taught me all the ‘tricks’ on how he brought R2-D2 to life which I will continue to portray in his honour. I’m so excited to be a part of the Star Wars universe and can’t wait for everyone to see what we’ve been working so hard on for the last year.”

We’d like to specifically thank Disney and LucasFilm ltd. for providing Jimmy with this opportunity and look forward to working with the team in the near future.

Star Wars: The Last Jedi is currently set to be released December 15th, 2017.