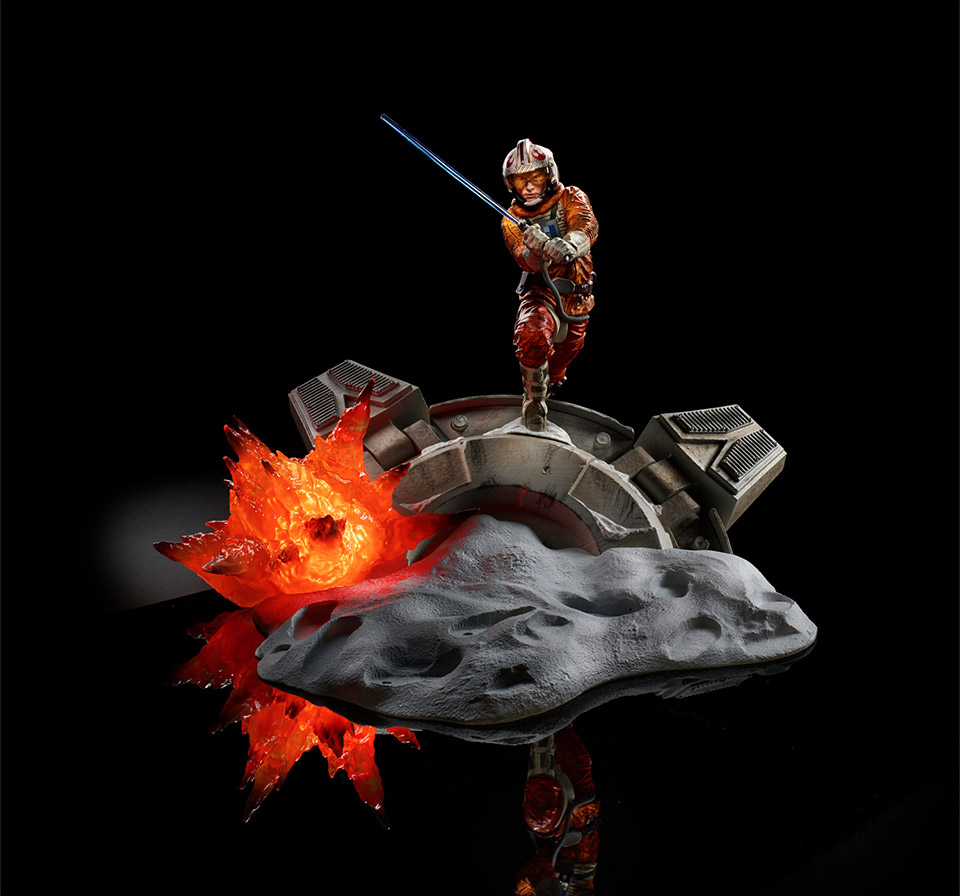 io9 got an exclusive look at some of this year’s upcoming Star Wars collectibles from Hasbro. There are of course new 3.75″ Black Series figures, but my pick from the unwrapped goodies is the new subcategory of 6″ Black Series figures. Called Centerpiece, it’s a line of small statues with characters in action poses and standing over large, detailed and LED-lit bases. The first Black Series Centerpiece features Luke Skywalker in his X-Wing uniform with a Hoth-themed base.

Check out io9’s scoop for the rest of Hasbro’s sneak peek.