Blade Runner is one of my all-time favorite science fiction films. From its dark, imperfect, and realistic portrayal of the future, to its great storyline about robotic sentience, life, and death, to its great film noir feel, it’s truly a classic. I’m pretty excited that director Denis Villeneuve is working on the long-awaited sequel, since I think he’s got the chops to do it justice.

But while we wait for Blade Runner 2049 to hit theaters this October, we’ve got this great fan-made, called Tears in the Rain. Director and writer Christopher Grant Harvey does a brilliant job capturing the mood and ethos of Ridley Scott’s original 1982 film, while bringing a new storyline into the mix. I won’t spoil it for you, but it’s basically about a replicant discovering his true nature for the first time.

Incredibly, Christopher and his team spent just $1500 to create this short film, which is impressive given how well produced it looks. Clearly nobody was taking a paycheck here, and it was a true labor of love. If you’ve got 11 minutes to spare, you owe it to yourself to watch.

Also, I love the poster design by Kelvin Liew: 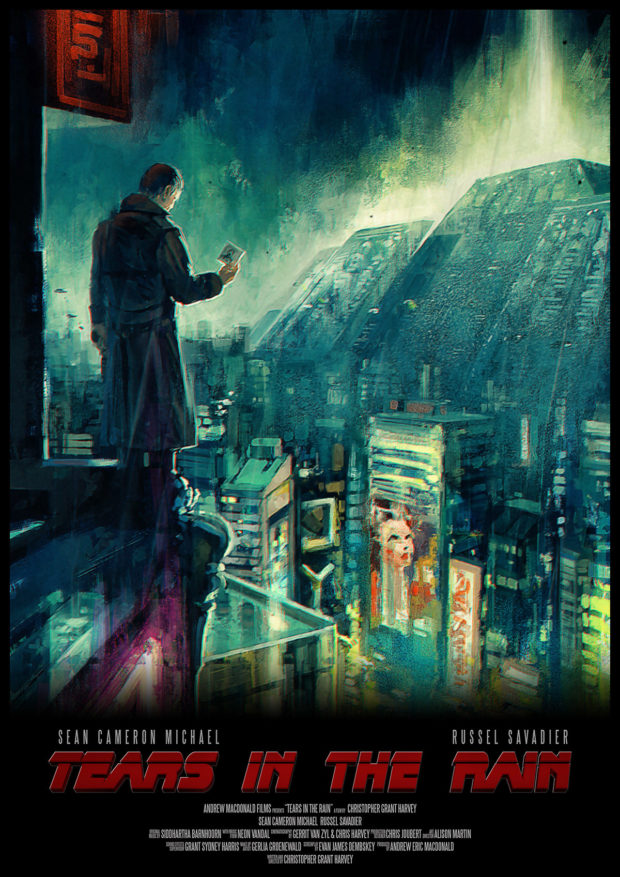