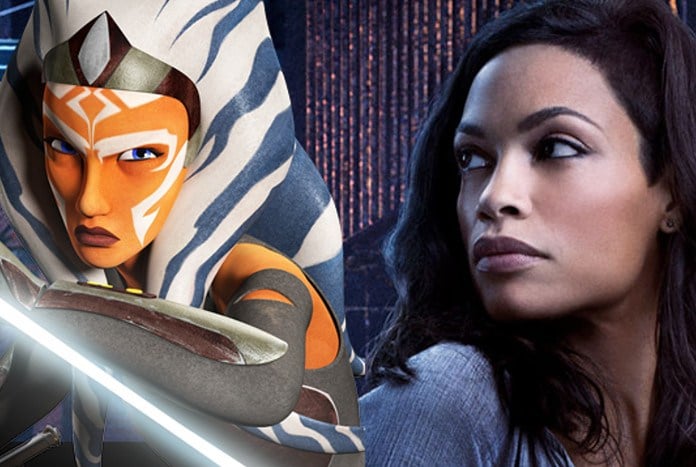 Rosario Dawson gets tons of tweets on a daily basis, but there was recently one tweet that really got her attention, and she seemed genuinely excited about it judging by her response. When Rosario Dawson was asked if she’d consider a role as a live action Ahsoka Tano (from Star Wars: The Clone Wars), she replied:

I never really thought about her in the role, but now that I do, I think she might just be the perfect actress for the live-action part. And she is certainly into it. So I say we just get a script, shoot a movie and make it happen.