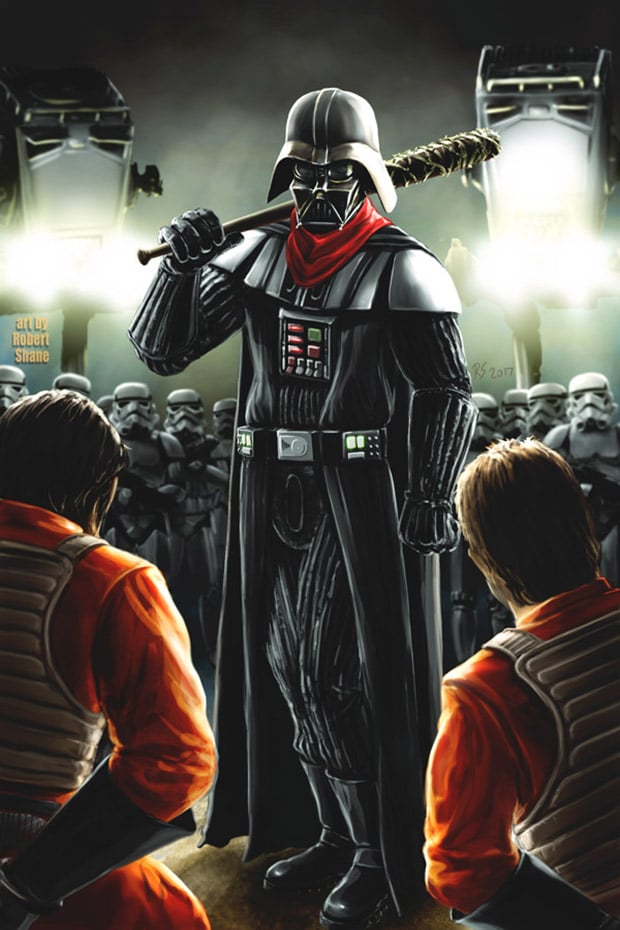 Two of your favorite franchises collide in one awesome piece of art. Darth Vader was pretty badass in Rogue One, but you haven’t seen badass until you’ve seen Darth Vader and Negan, The Walking Dead villain, in one character. This cool illustration by artist Robert Shane recently found its way to The Walking Dead executive producer Greg Nicotero’s Instagram account.

Darth Vader is holding Negan’s barbed wire-wrapped baseball bat, along with his army of Stormtrooper Saviors and there are some Rebellion pilots on their knees about ready to have their brains bashed in. I love those AT-STs that are lighting the scene. This is a haunting piece of art. It looks like Darth is just getting started.