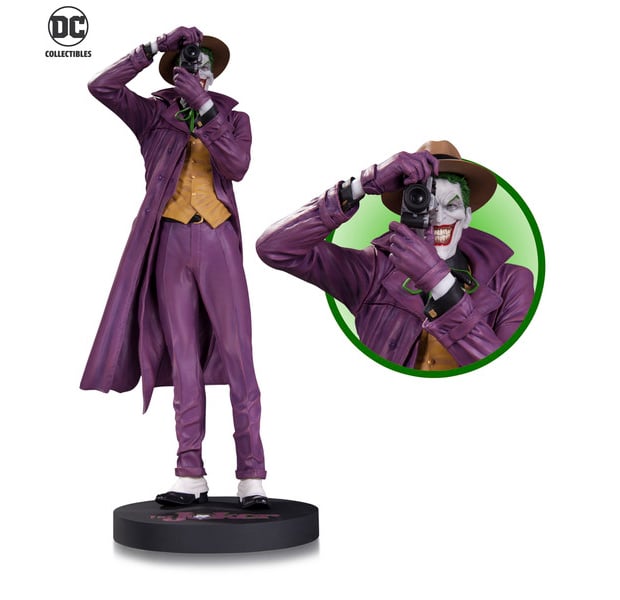 DC Collectibles recently announced a bunch of awesome statues and action figures for July 2017, including a Bombshells Aquaman statue and a Batman: The Animated Series Batgirl action figure. But the highlight of the batch for me is undoubtedly this nearly 14″ tall statue of the Joker. It’s a full body rendition of Brian Bolland’s cover art for Batman: The Killing Joke and was designed by Bolland himself.

You can pre-order the statue from BigBadToyStore for $120 (USD).