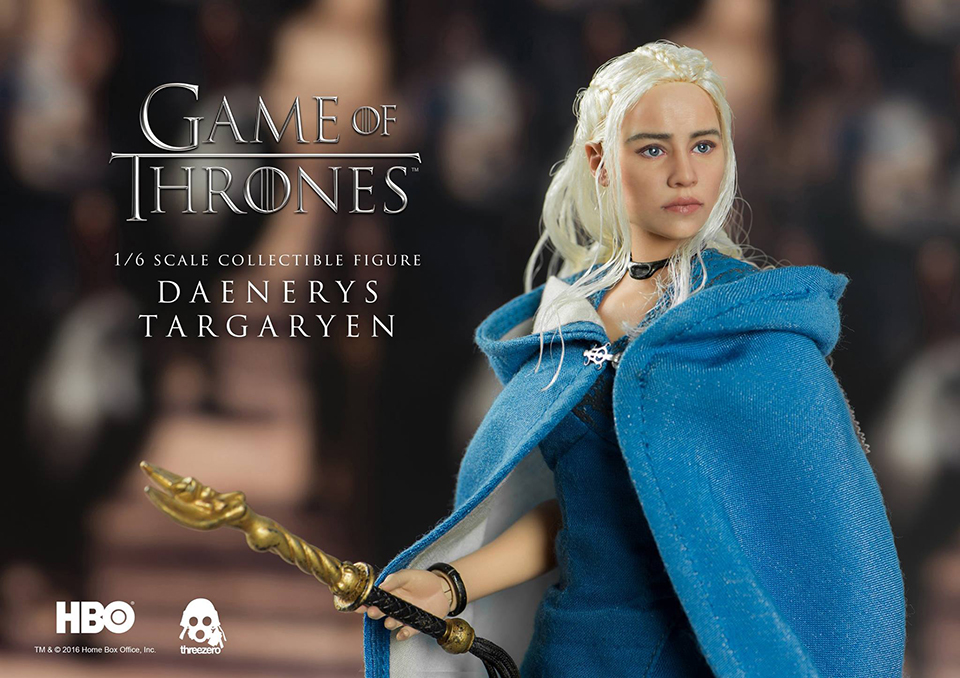 Threezero continues its Game of Thrones lineup with the Mother of Dragons herself. The Daenerys Targaryen sixth-scale action figure comes with three pairs of hands, an easily removable cloak and vest, a whip and a Drogon figure. The exclusive version completes the dragon bros, adding Rhaegal, Viserion and a perch for Dany’s fire-breathing trump cards.

I’m disappointed with her head sculpt, but overall this is still a must have figure for GoT fans, especially the exclusive version. You can pre-order it now from Threezero; the standard version costs $168 (USD) while the exclusive one goes for $180. 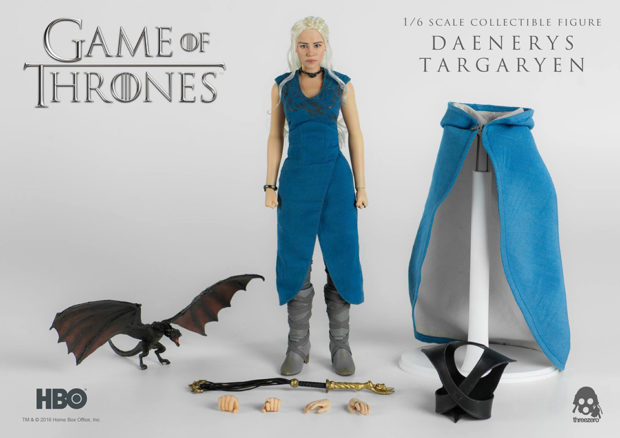 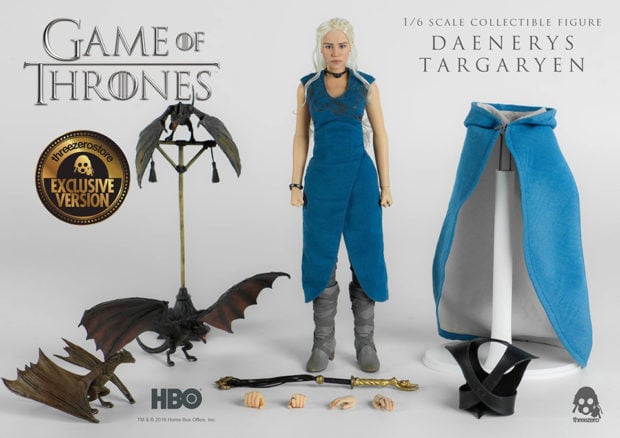 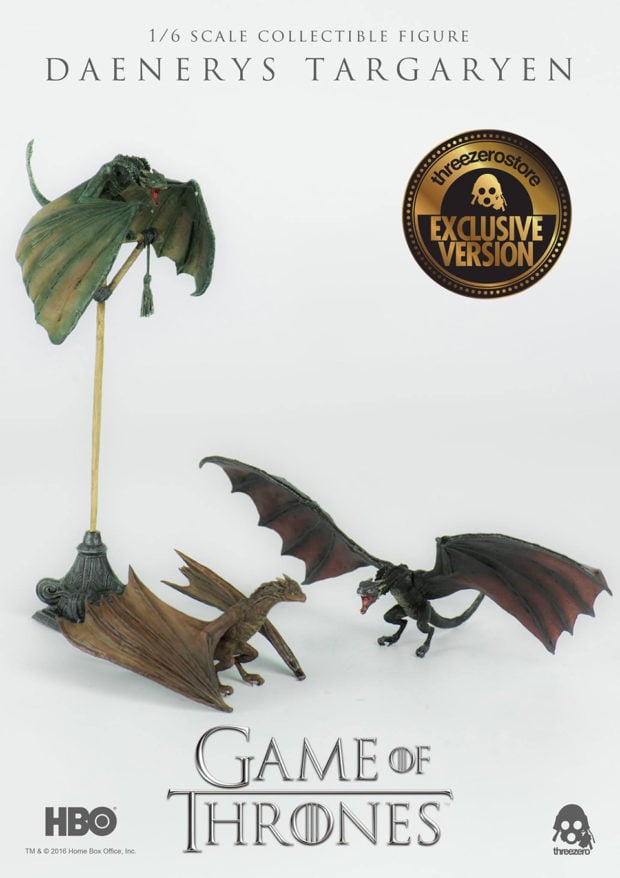 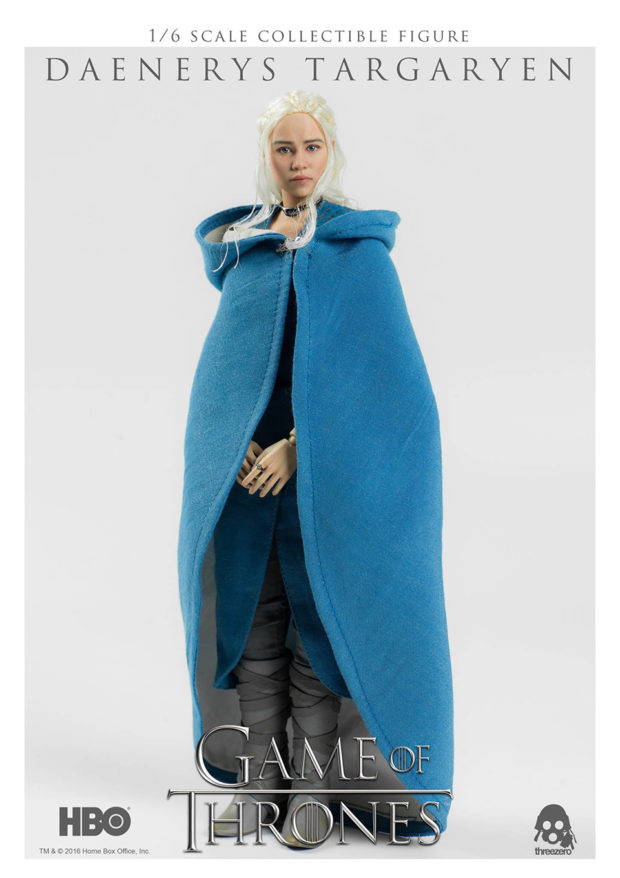 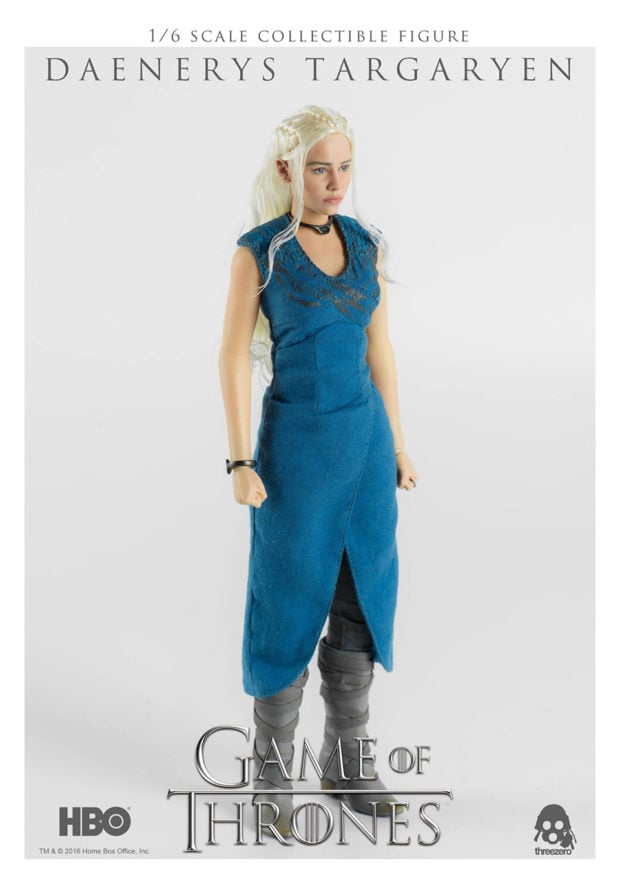 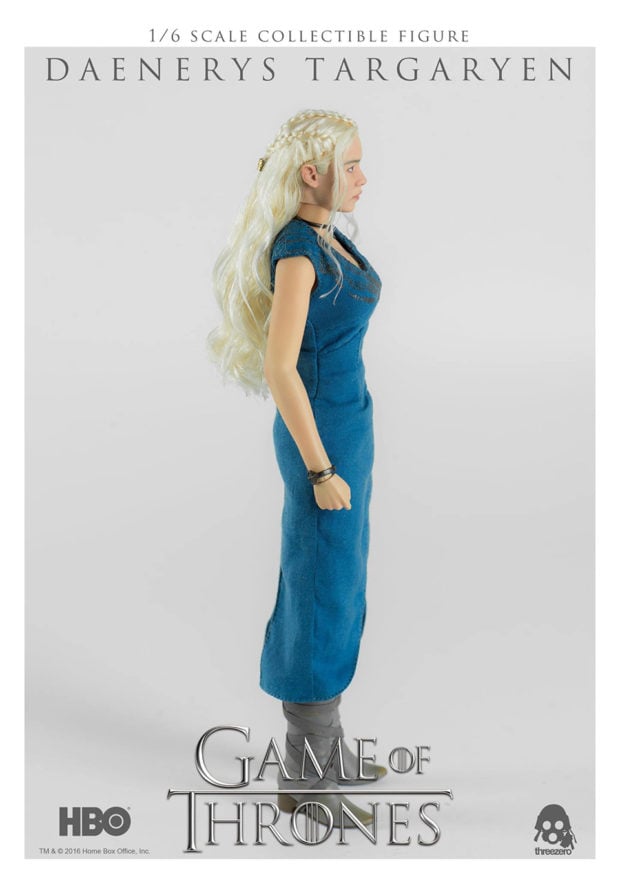 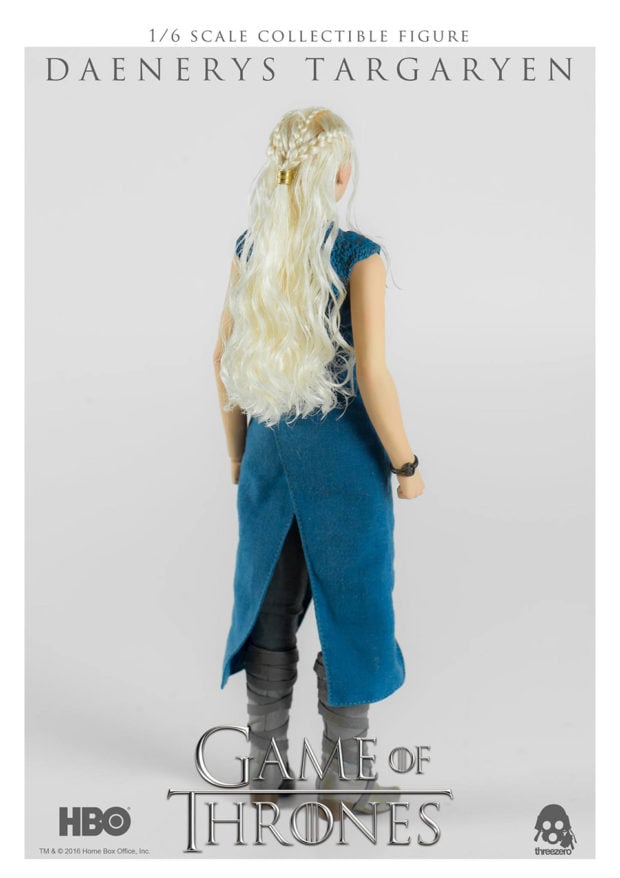 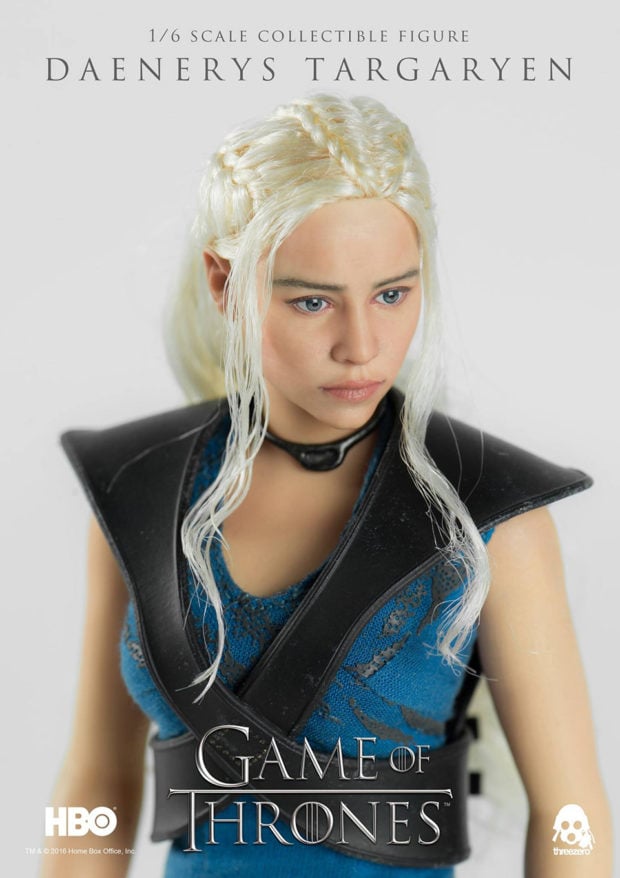 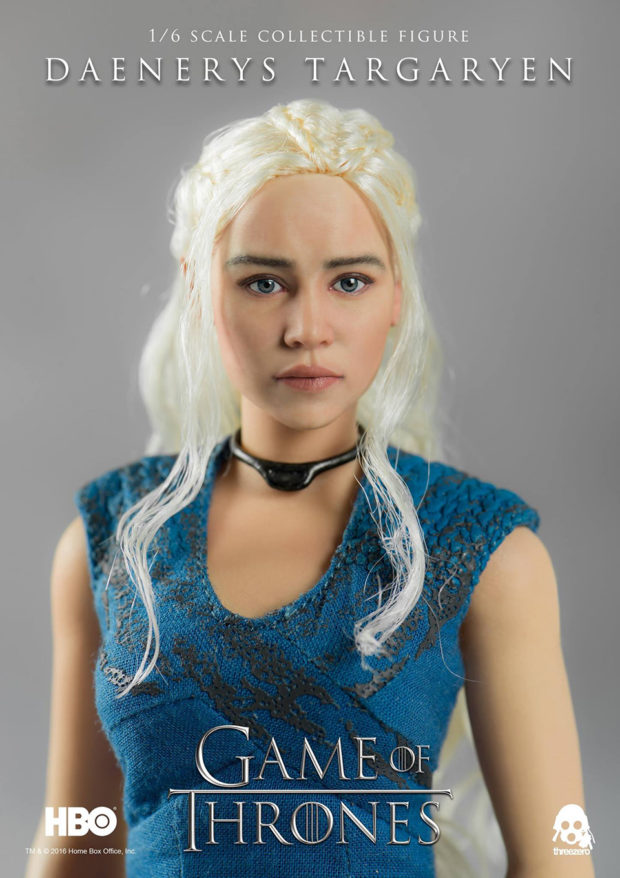 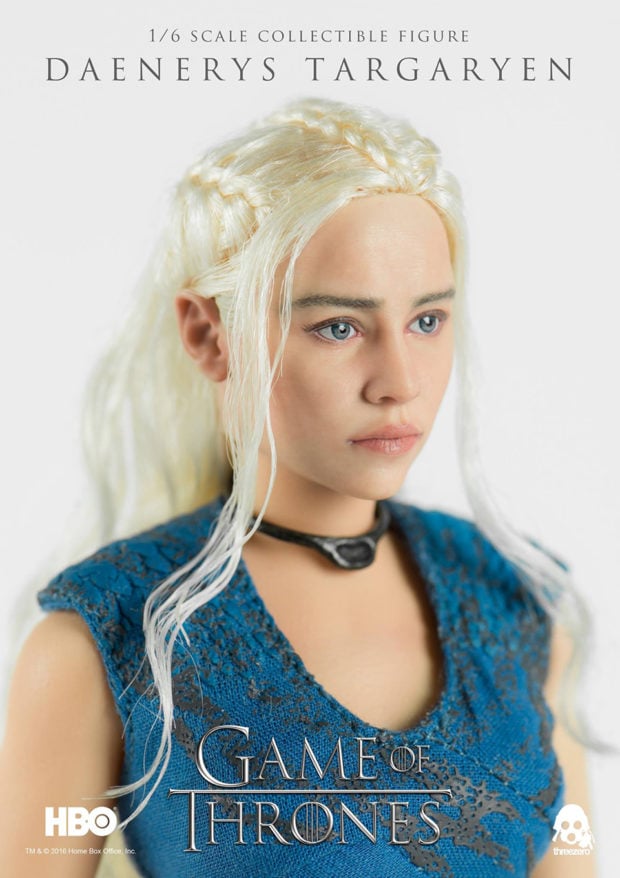 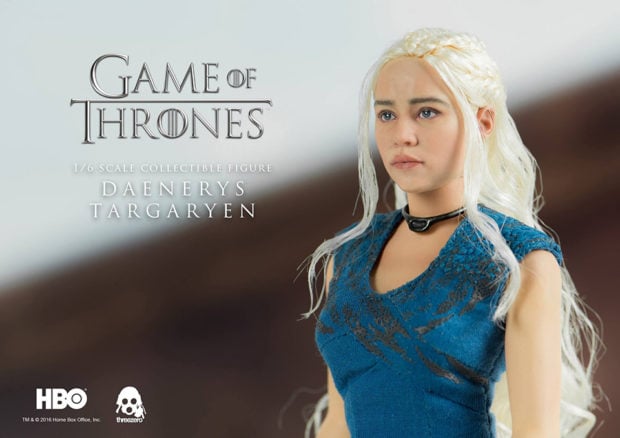 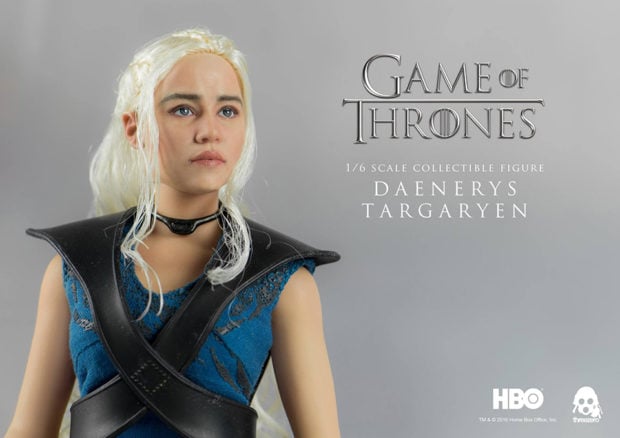