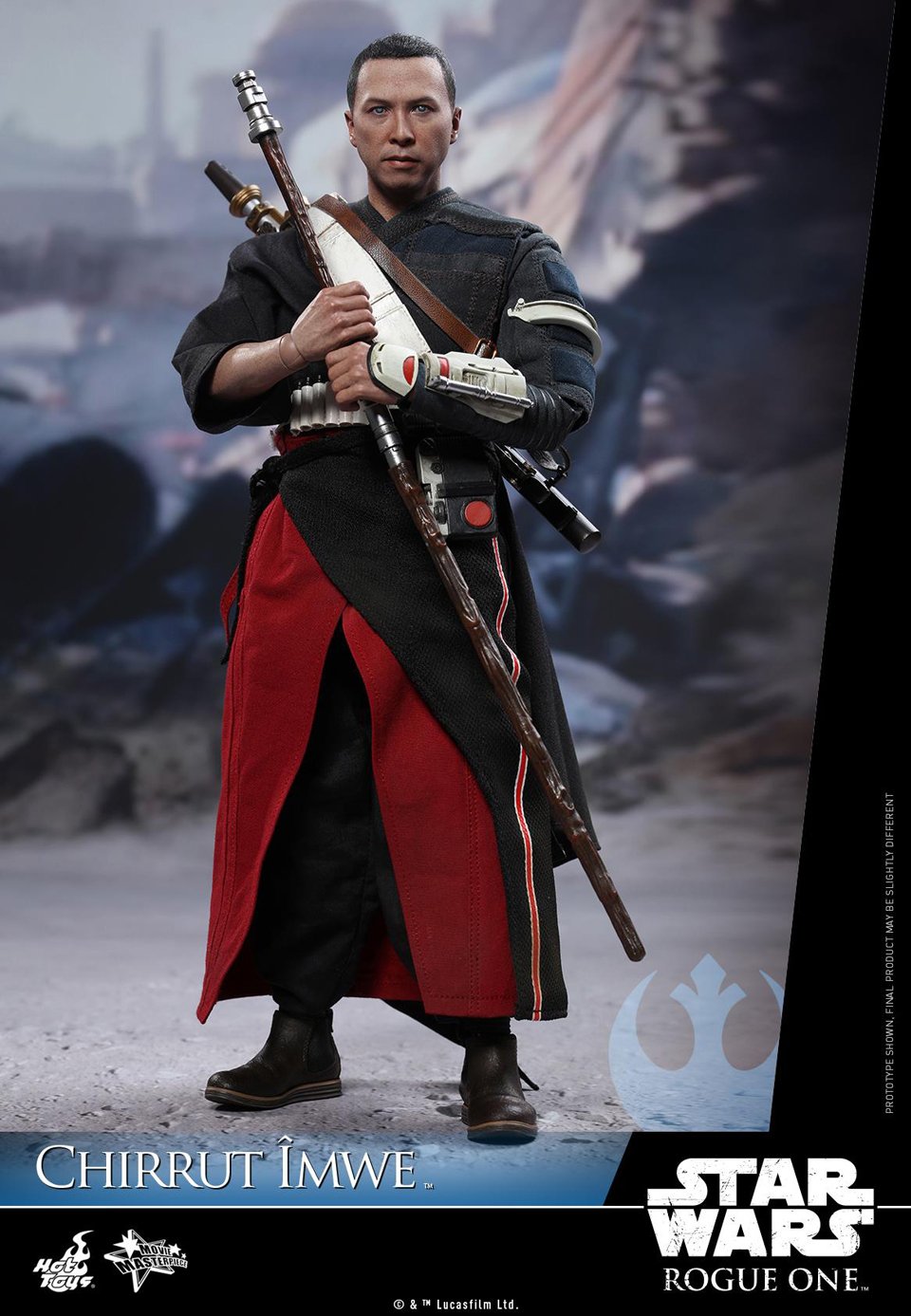 Donnie Yen’s character Chirrut Imwe may not be the main character in Rogue One: A Star Wars Story, but Hot Toys implies the cast’s pecking order in real life, prioritizing the blind Rebel monk over Rogue One‘s main character Jyn Erso. That said, the action figure has a damn good head sculpt, on par with its RDJ ones. The figure comes with a staff and a crossbow, which for some reason he still aims as if he had sight. Maybe he isn’t totally blind in the movie? Maybe I’m reading too much into a minor gaffe? 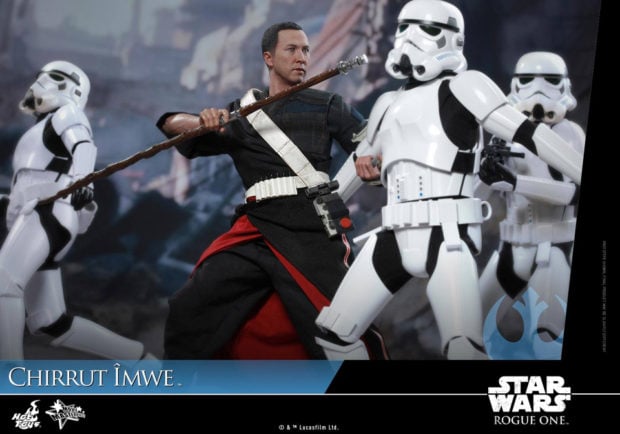 The action figure also has an deluxe version that has a different box art, as well as a stormtrooper helmet and a tropical diorama base. I have a feeling the other Rogue One figures will have deluxe diorama bases that connect with this figure’s base. You can pre-order the Chirrut Imwe action figure from BigBadToyStore. The standard version costs $220 (USD) while the deluxe costs $245.

The gallery below has more shots of the figure, as well as a sneak peek at Hot Toys’ take on Chirrut’s mentor Baze Malbus. 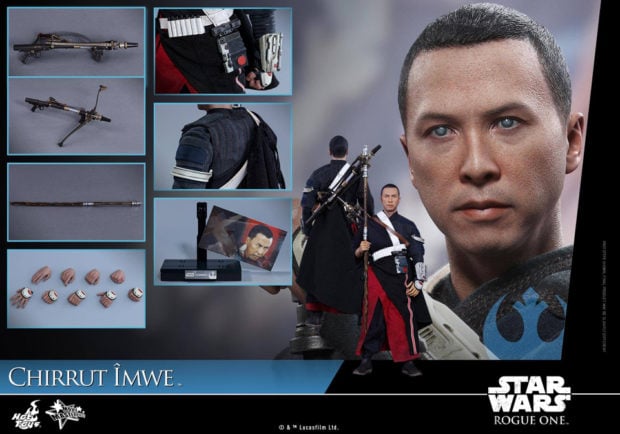 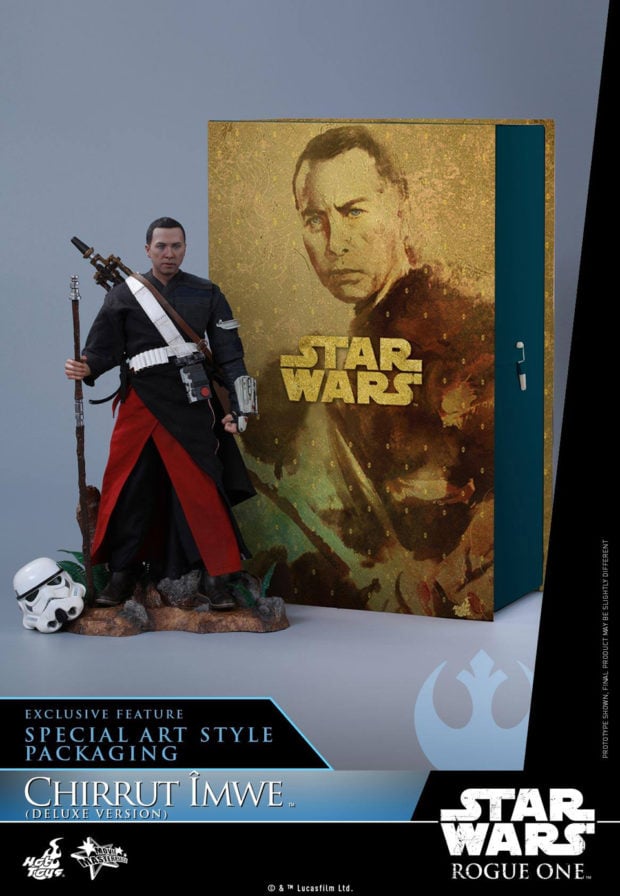 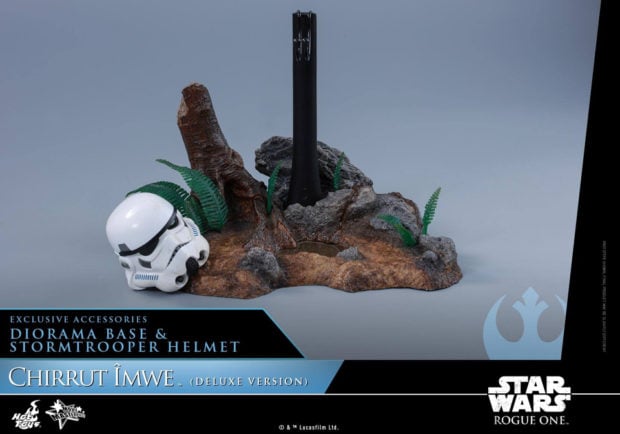 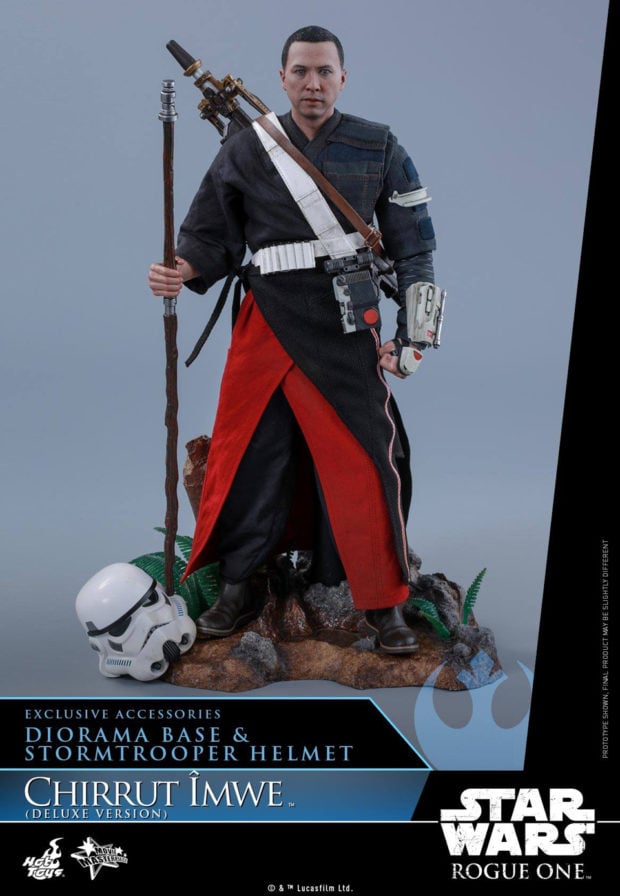 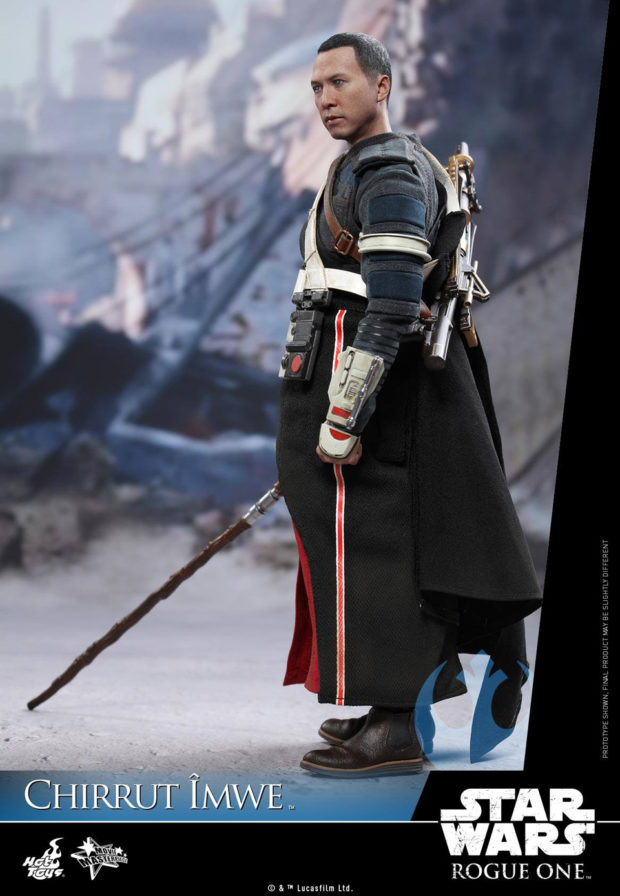 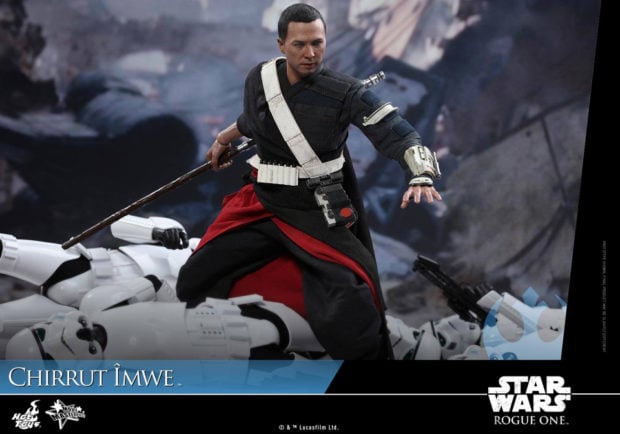 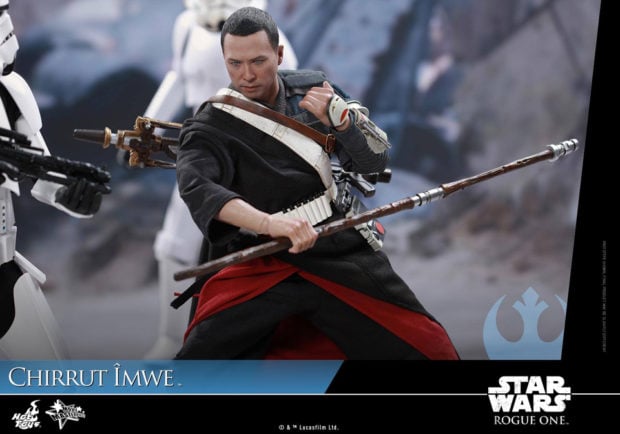 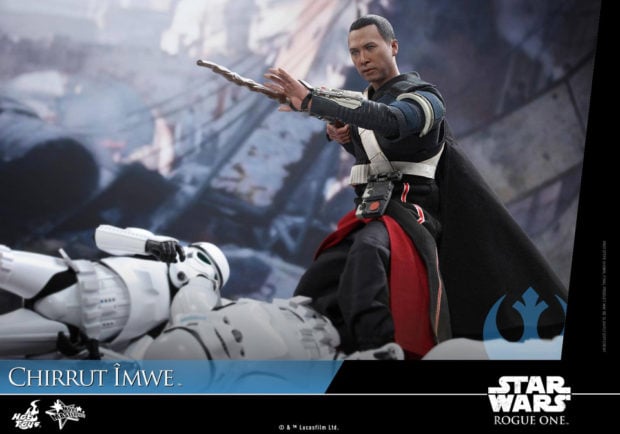 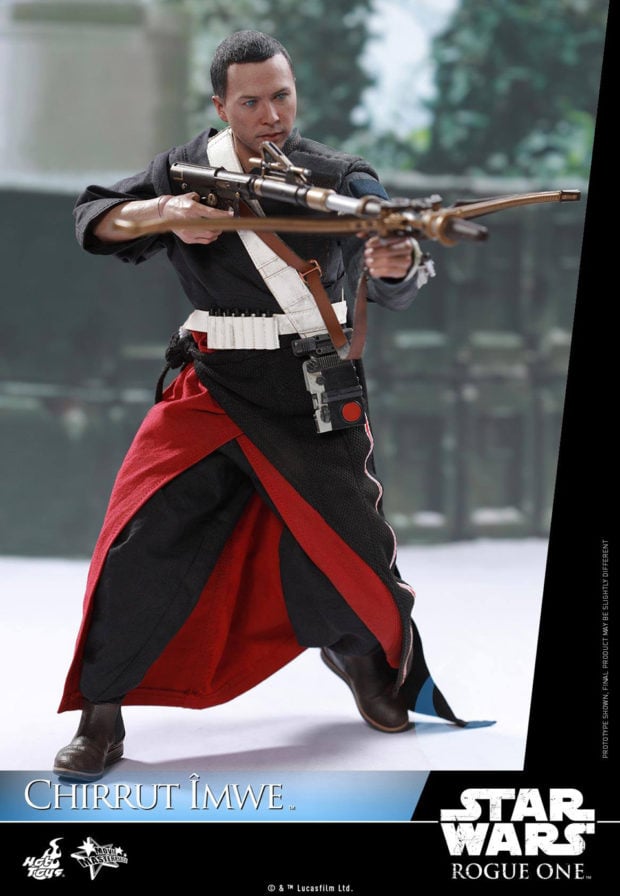 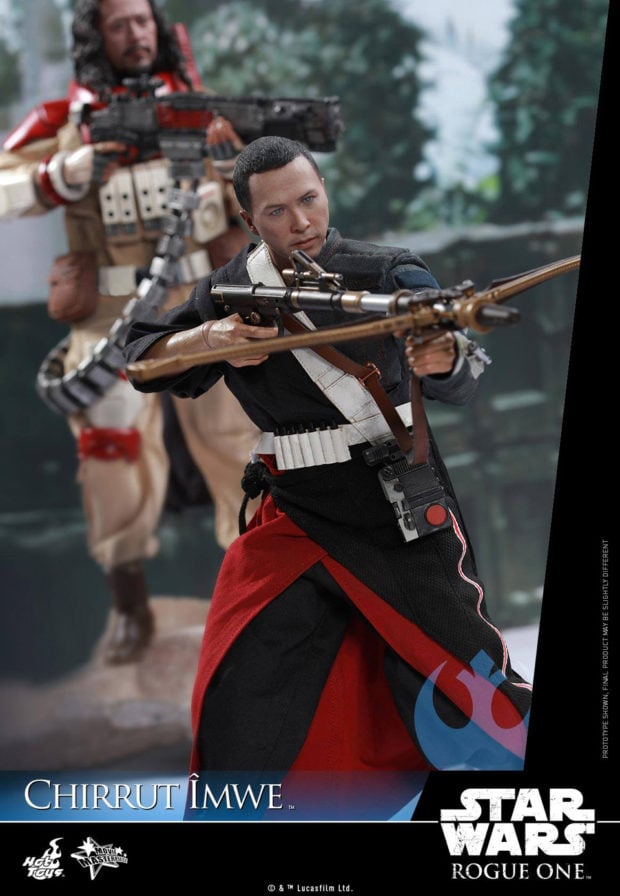 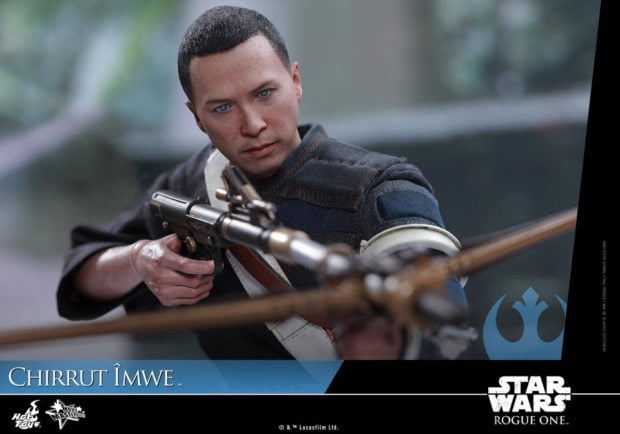 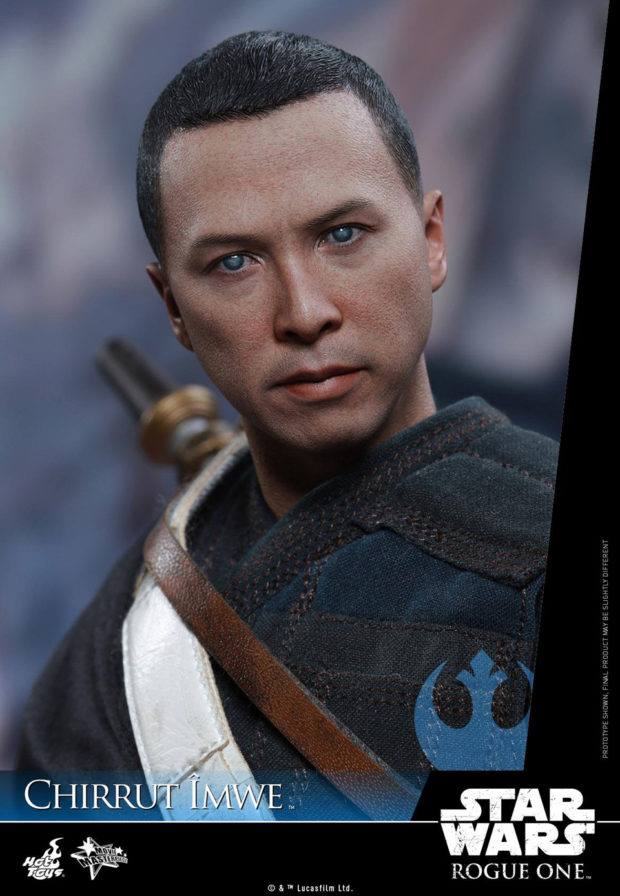 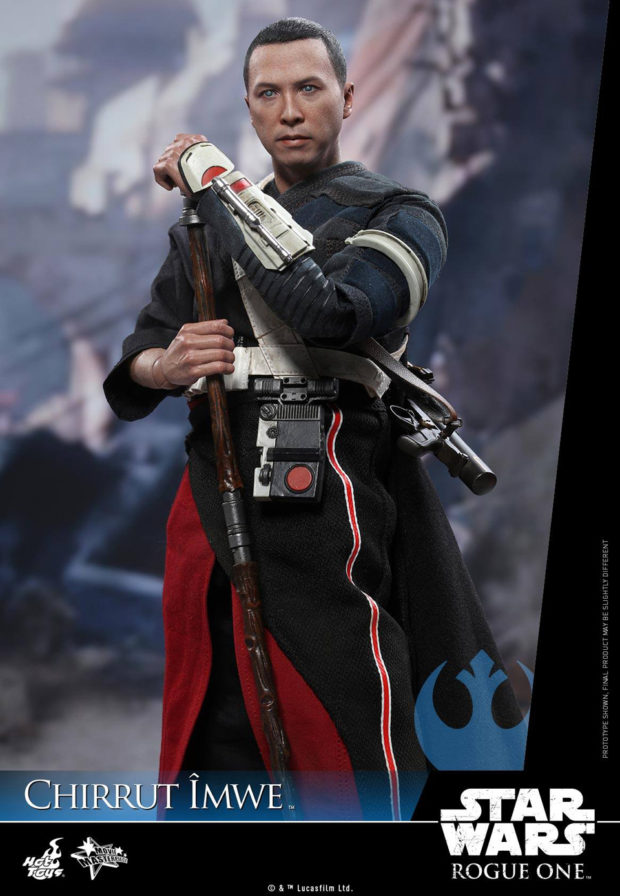