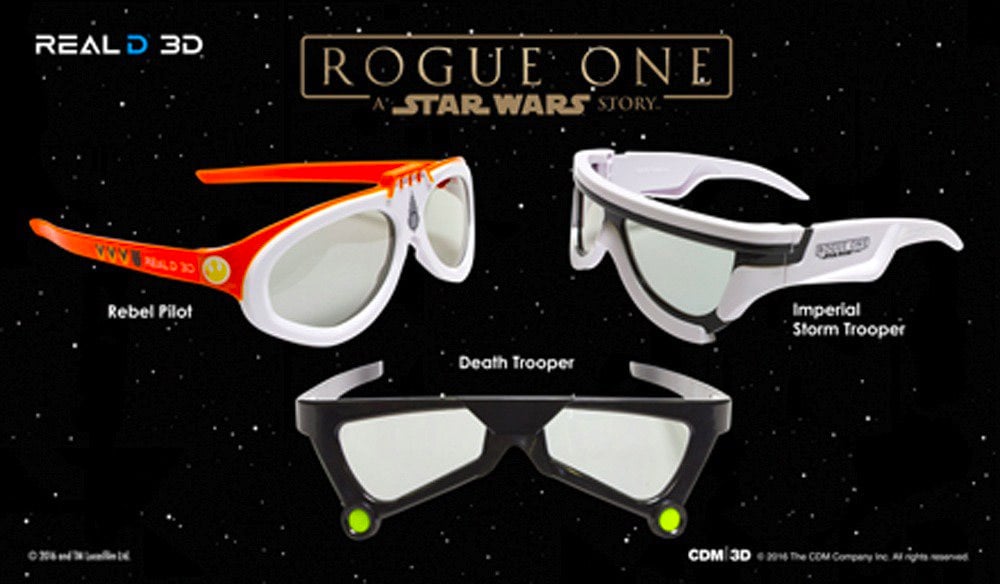 Watch Rogue One in style with some cool character-based 3D glasses. RealD has announced that they will be offering the three limited edition Rogue One 3D glasses you see here. The glasses come in Rebel pilot, Stormtrooper, and Death Trooper themed designs.

So now you can look appropriately nerdy while watching the latest installment of the saga. This is actually the second round of 3D glasses that have been revealed for Rogue One since Look3D released images of their glasses in August. The Stormtrooper version is the coolest if you ask me. And those guys really could use some glasses so they can shoot straight.