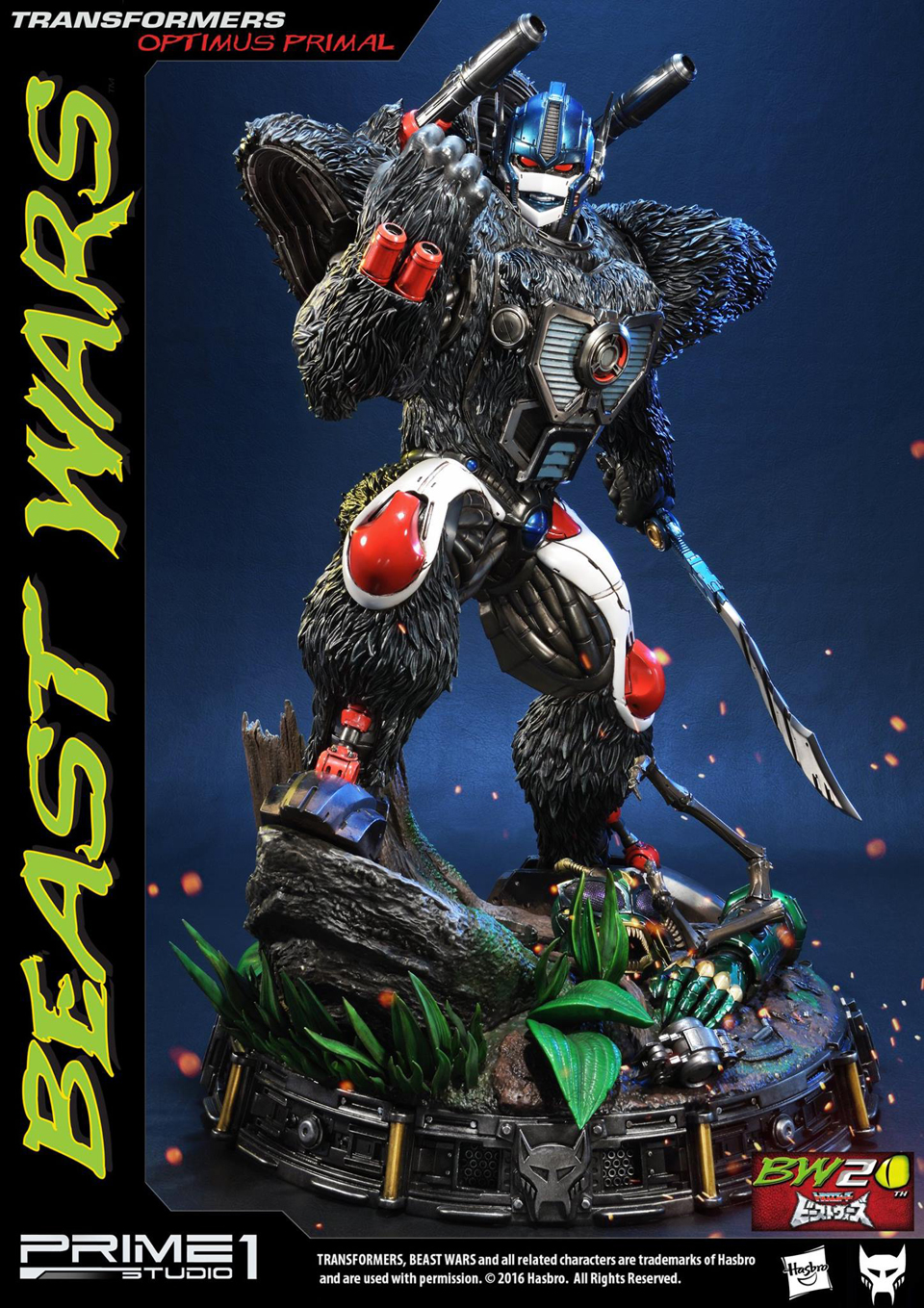 Prime 1 Studio commemorates the 20th anniversary of the computer animated TV series Beast Wars: Transformers with this badass statue of the Maximals’ leader, Optimus Primal. The statue stands 25″ tall with light-up eyes, and a detailed base that includes a dismembered Waspinator.

The statue comes with a normal head and an angry head, but if you pre-order it from Sideshow Collectibles you’ll also get a battle mask head, which I think is way cooler than the standard heads. It’s limited to 500 units and can be yours for a beastly $1,000 (USD). 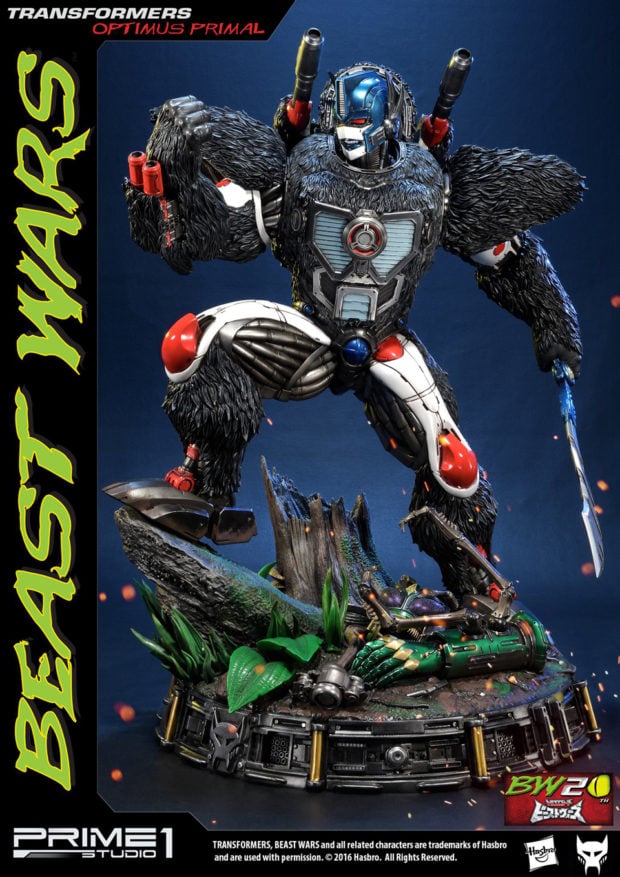 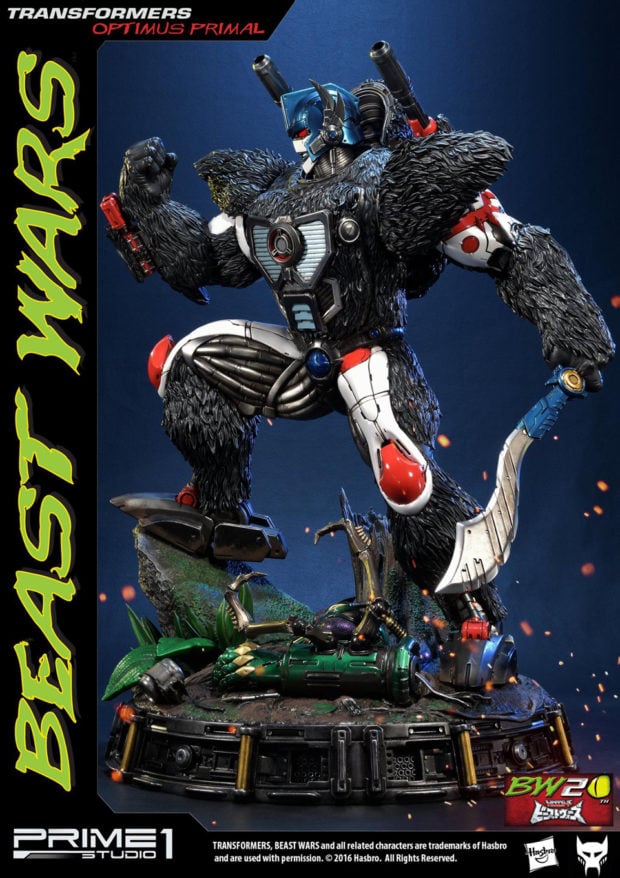 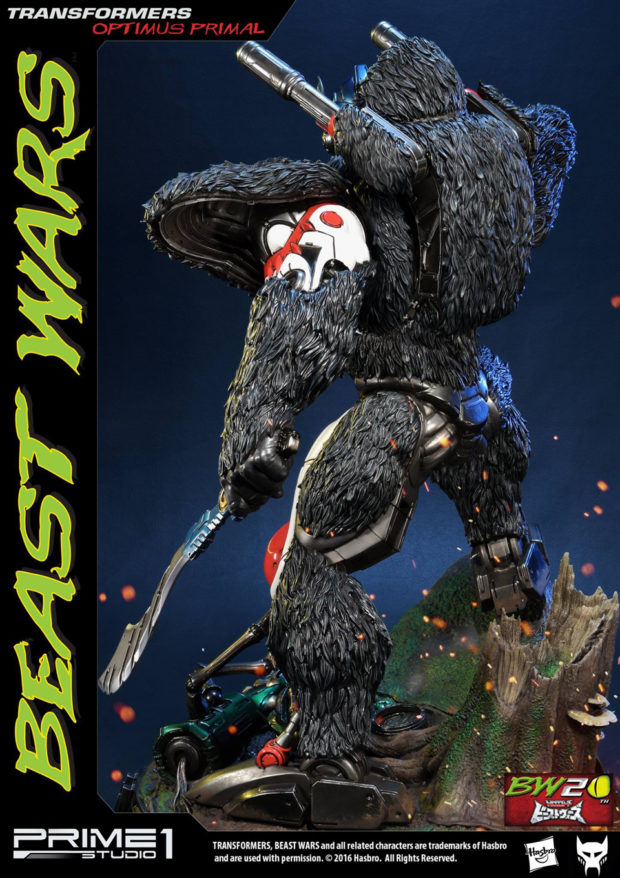 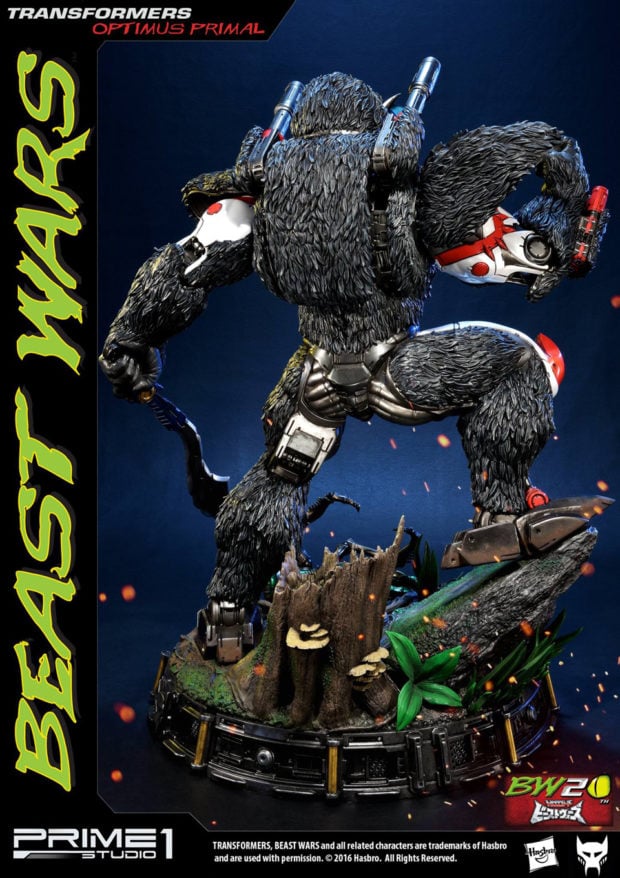 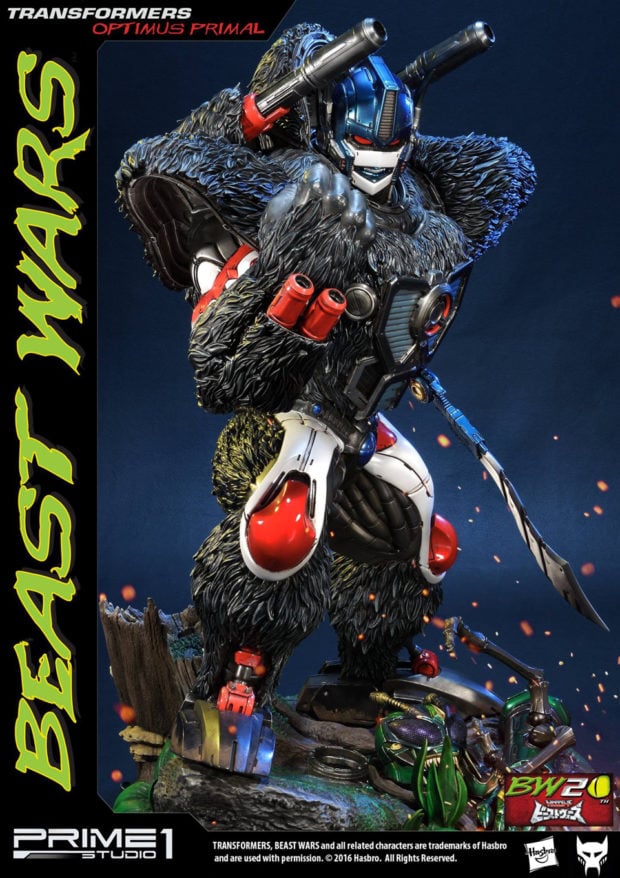 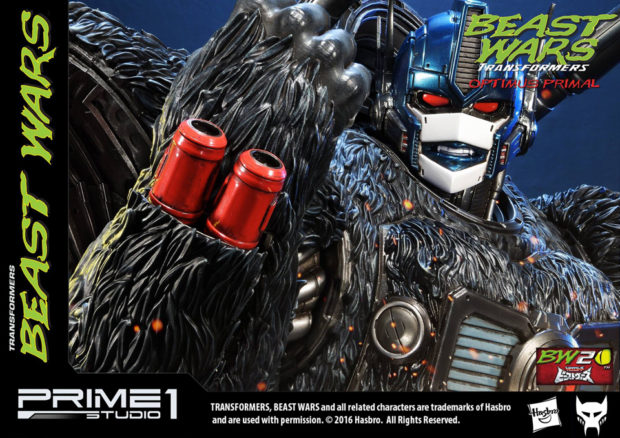 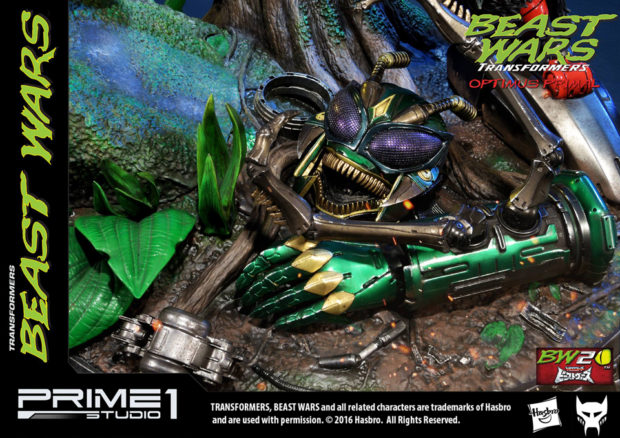 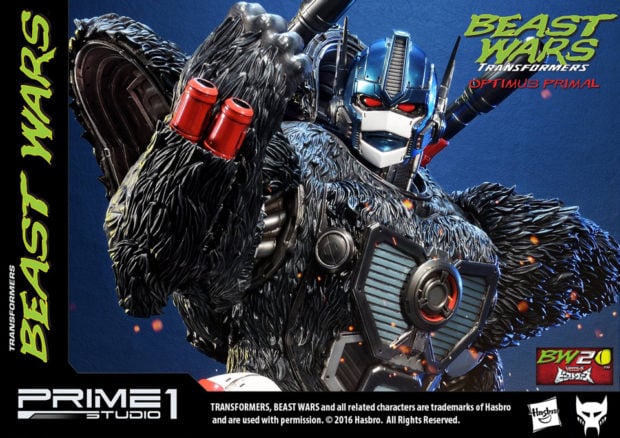 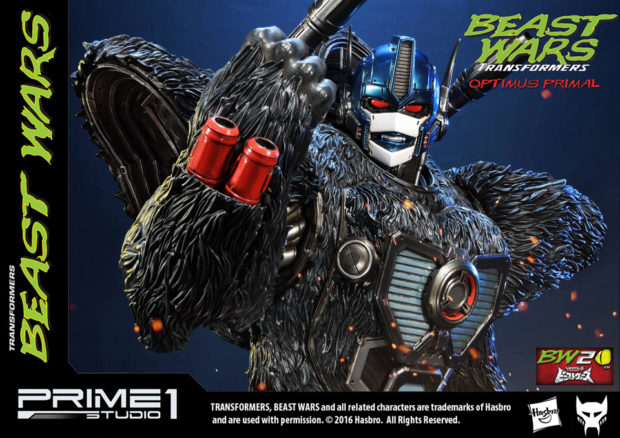 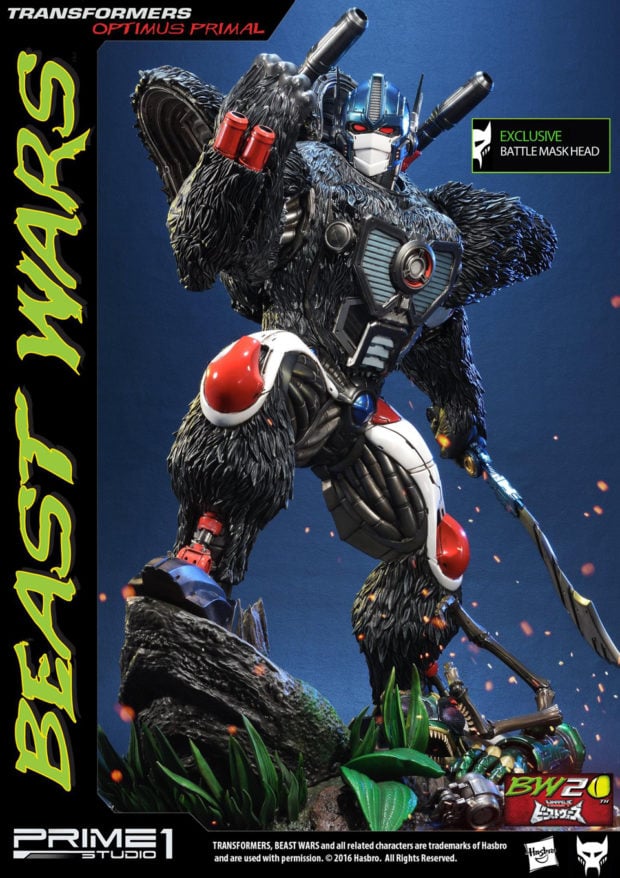