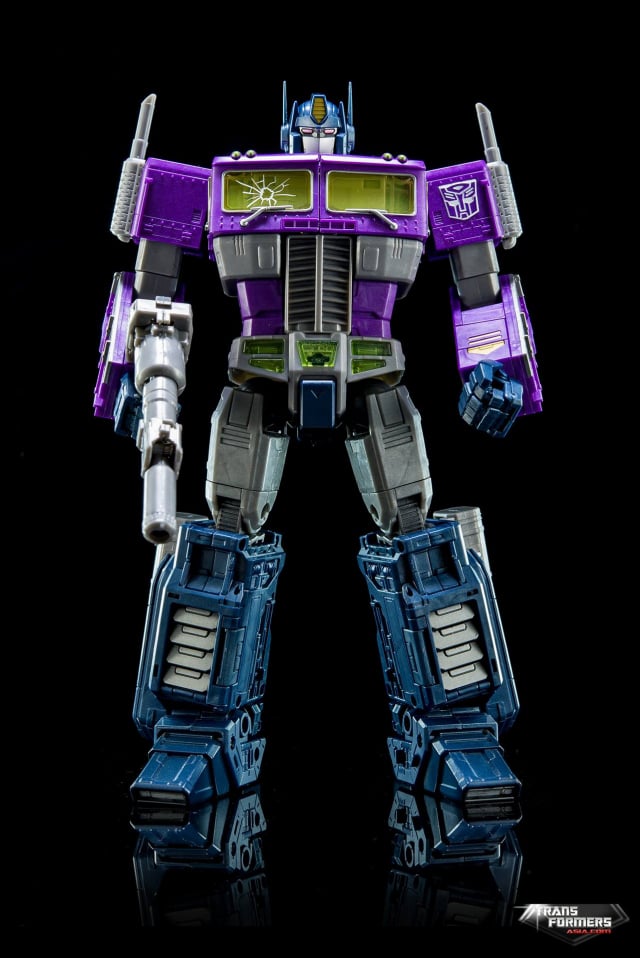 The Takara Tomy Shattered Glass repaint of its Masterpiece Optimus Prime that was announced last September is now available for pre-order. Its purple and lime green colorway makes it look a bit like the Evangelion MP-10 release, except this one has less green, more blues and grays, and of course a smashed windshield.

For casual fans like me who are not well-versed in Transformers lore, Shattered Glass is an alternate universe that was introduced in 2008 where the franchise’s good guys and bad guys switched sides. Optimus was a librarian who became a warmonger. He was opposed in part by Megatron, a mathematician who predicted the evil Prime’s uprising and formed a rebel group to counter it.

You can pre-order yours now at The Toy Source for $180(USD). 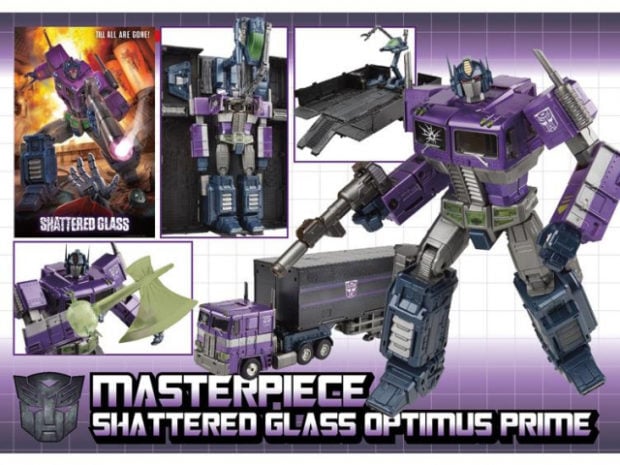 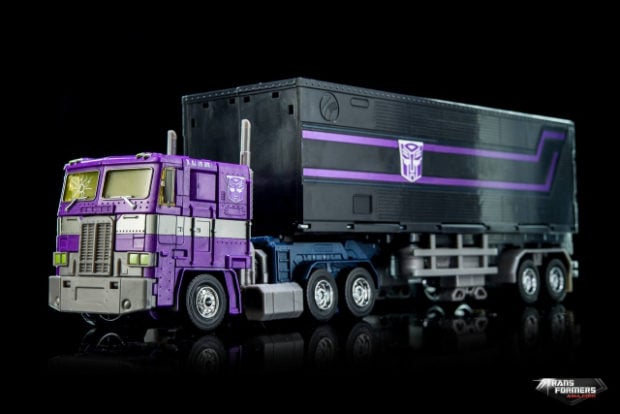 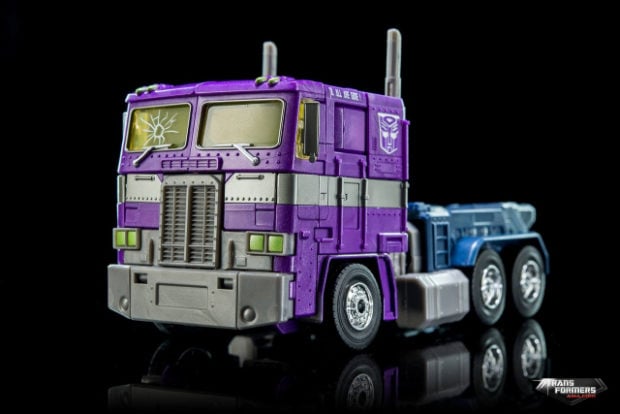 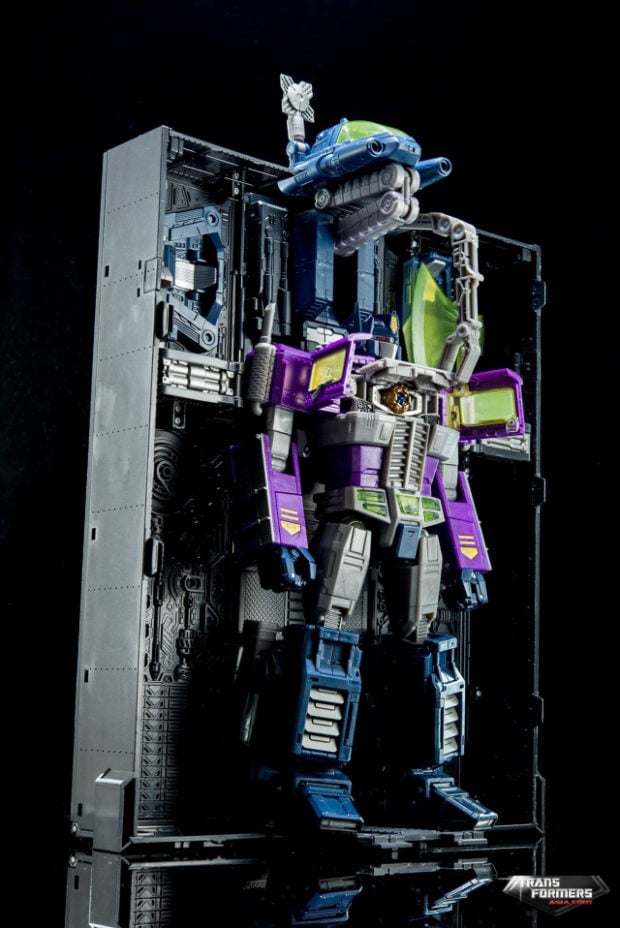 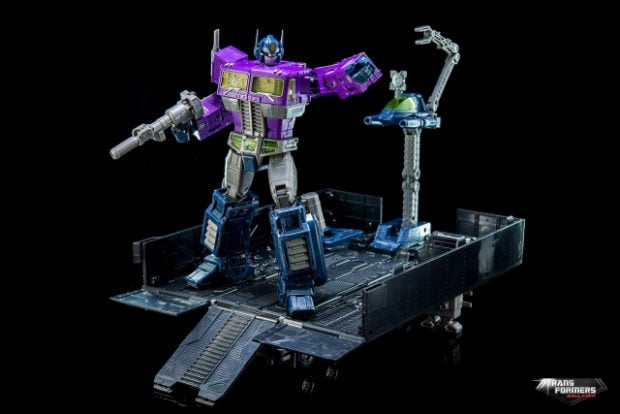 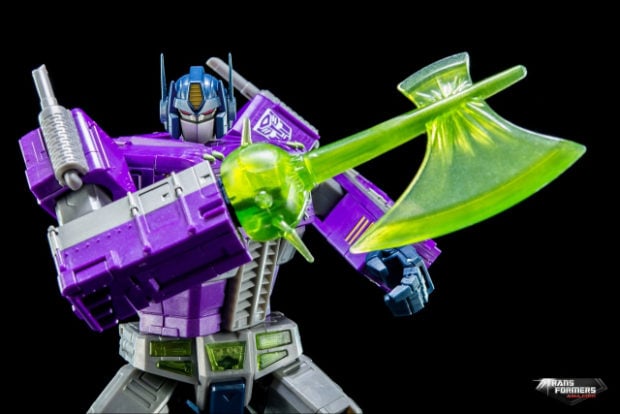 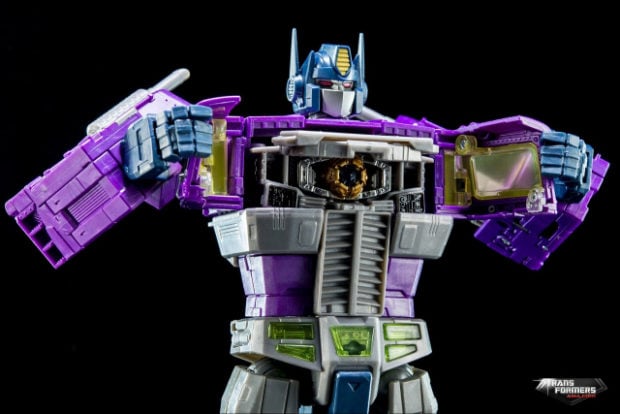