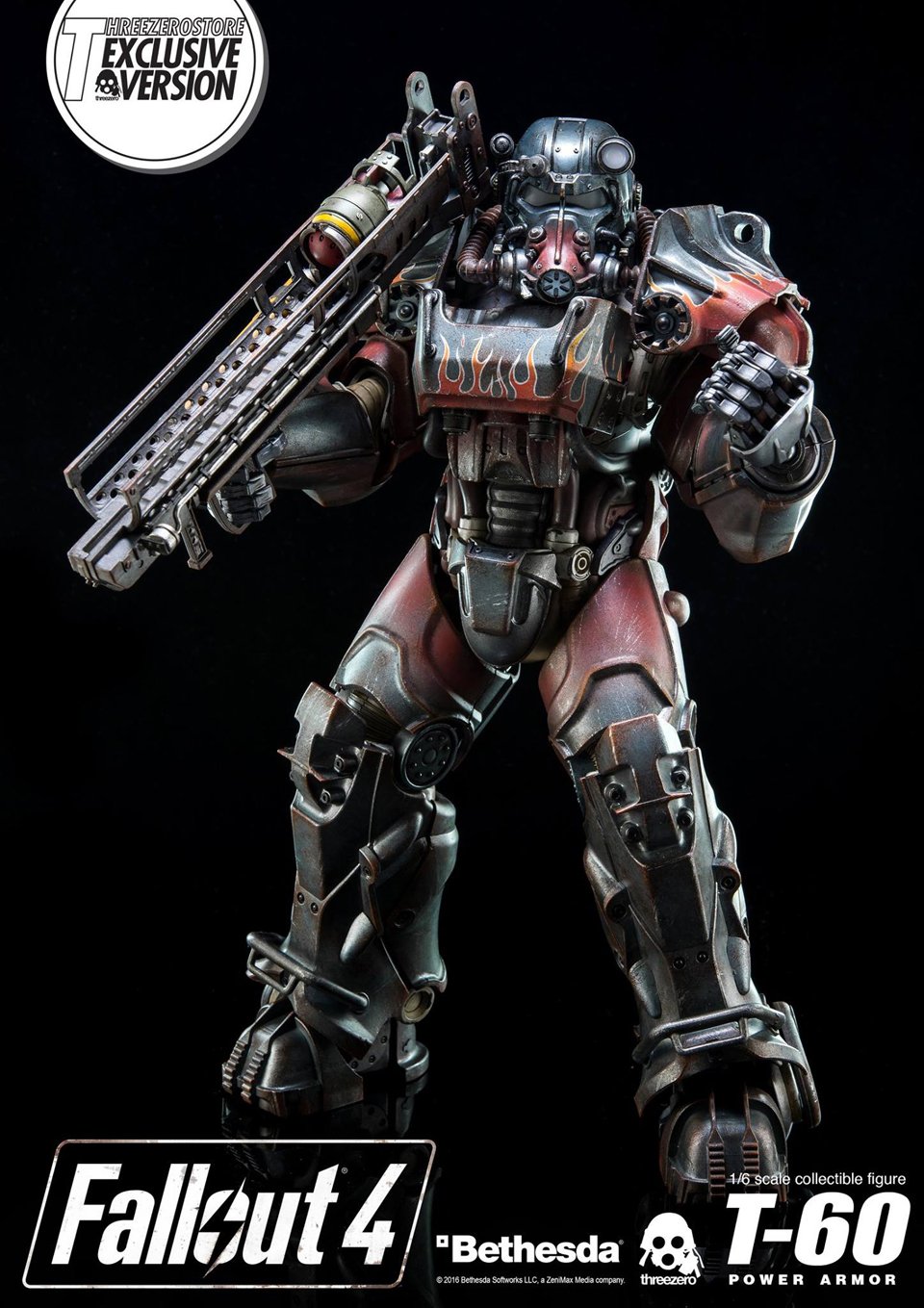 Threezero is now taking pre-order for its second Fallout Power Armor sixth scale action figure. The T-60 comes in two significantly different variants. The Threezero exclusive Atom Cats variant has fire graphics and red accents on its armor, a blonde female alternate head, as well as a Fat Man and Mini Nuke weapon in addition to the assault rifle. The standard version has an unpainted armor and a brunette female alternate head.

As promised, the T-60’s armor plates are removable and can be swapped with the plates of the T-45 released earlier this year, as well as future Threezero Power Armor figures. The Threezero T-60 Power Armor Atom Cats costs $398 (USD), while the standard T-60 figure costs $380 (USD). It’s a shame that the Fat Man and Mini Nuke can’t be pre-ordered separately. I expect a lot of collectors would rather have the unpainted armor to go with the nuclear catapult. 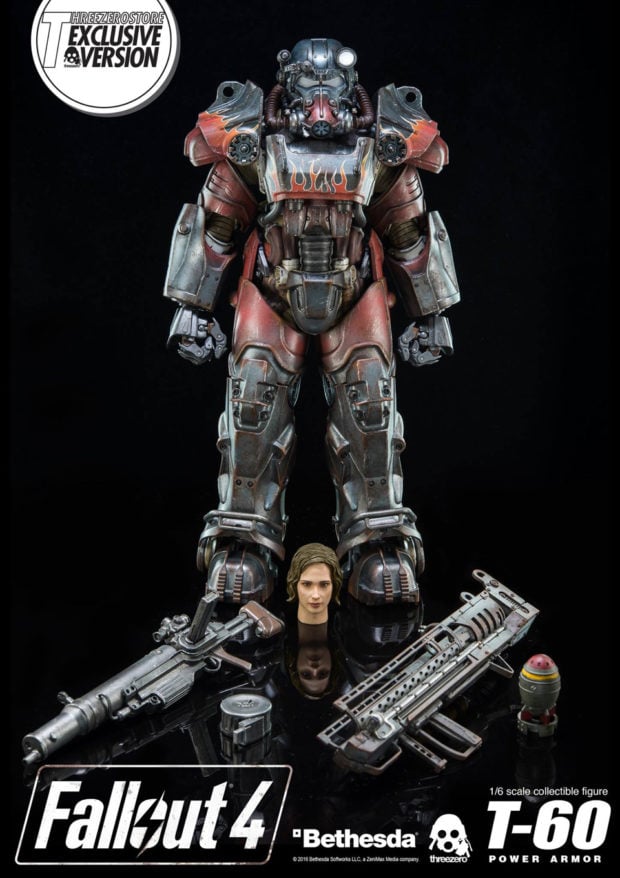 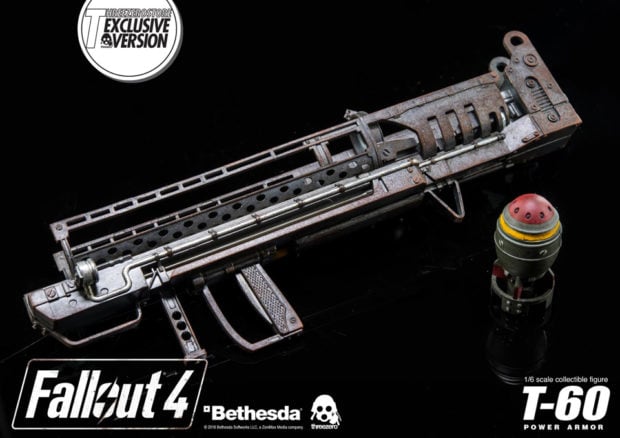 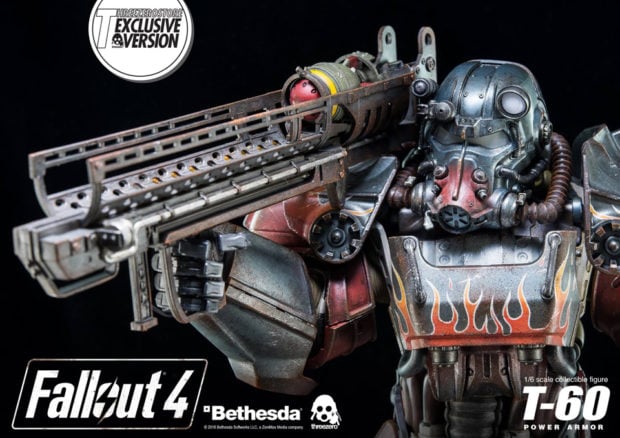 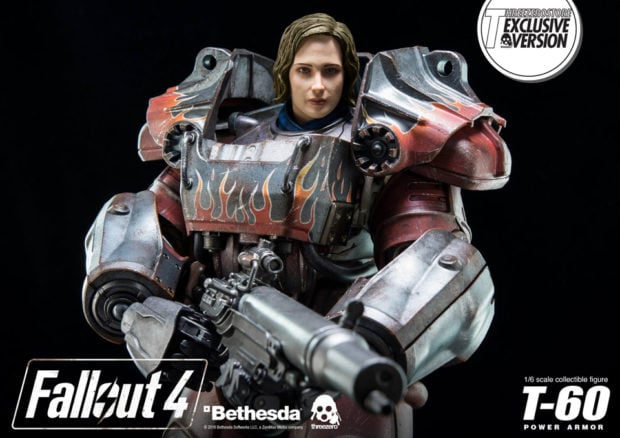 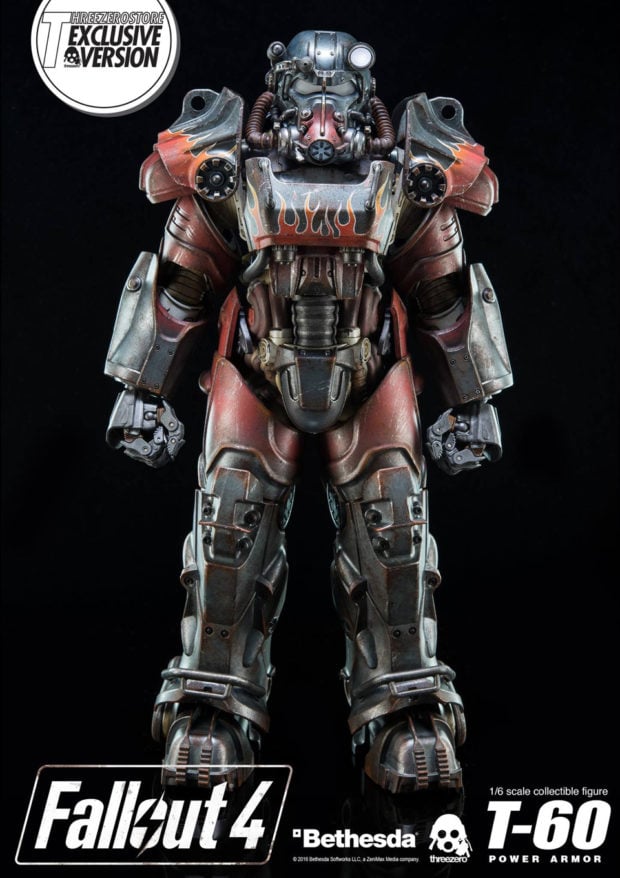 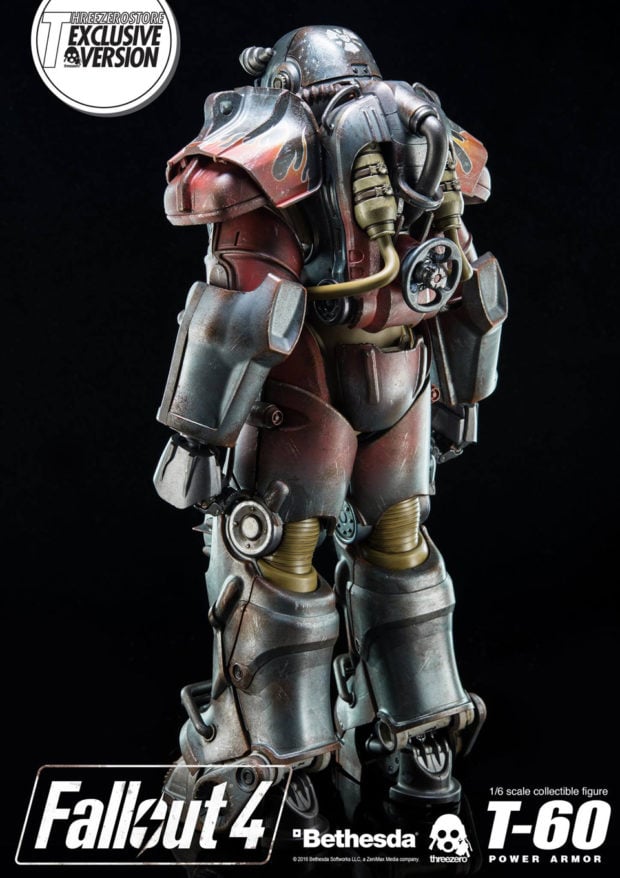 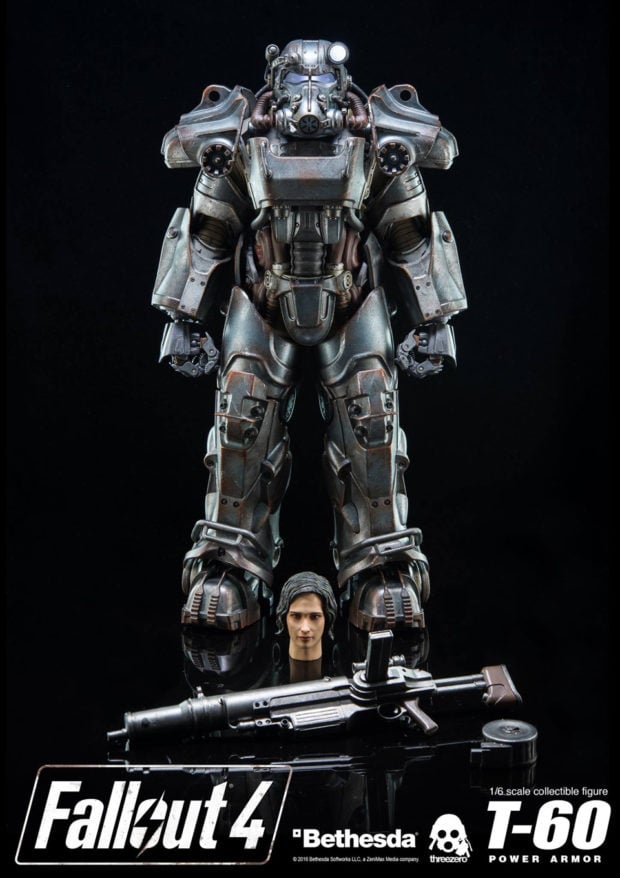 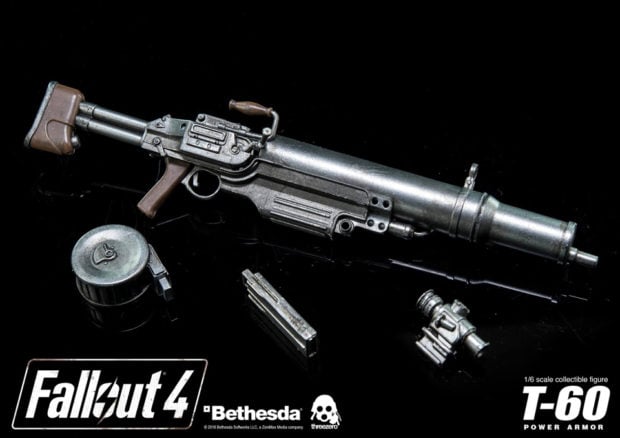 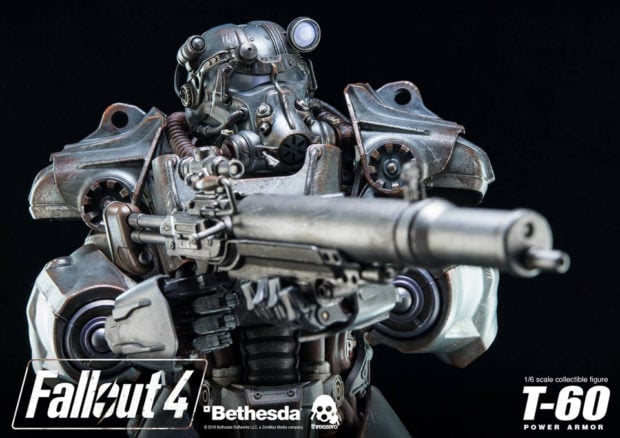 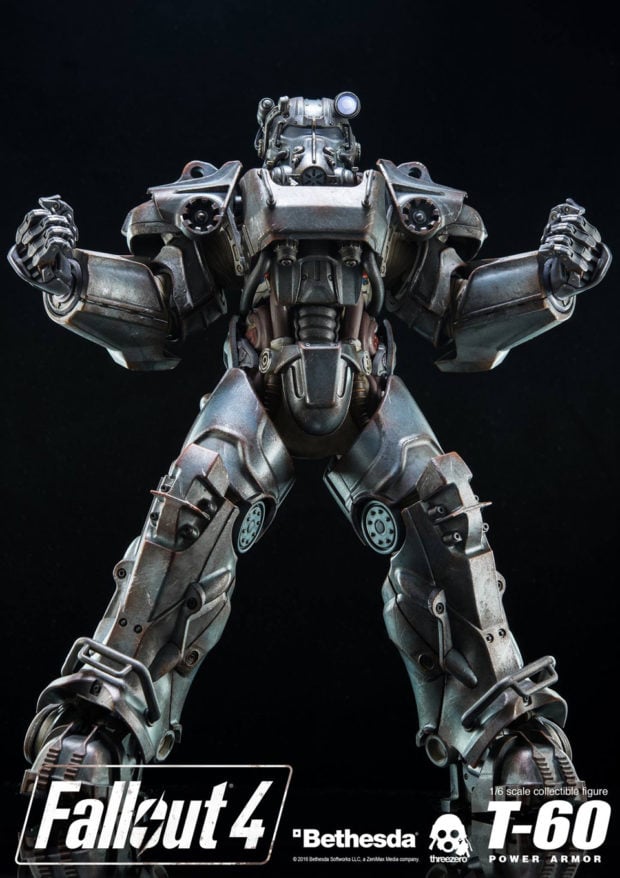 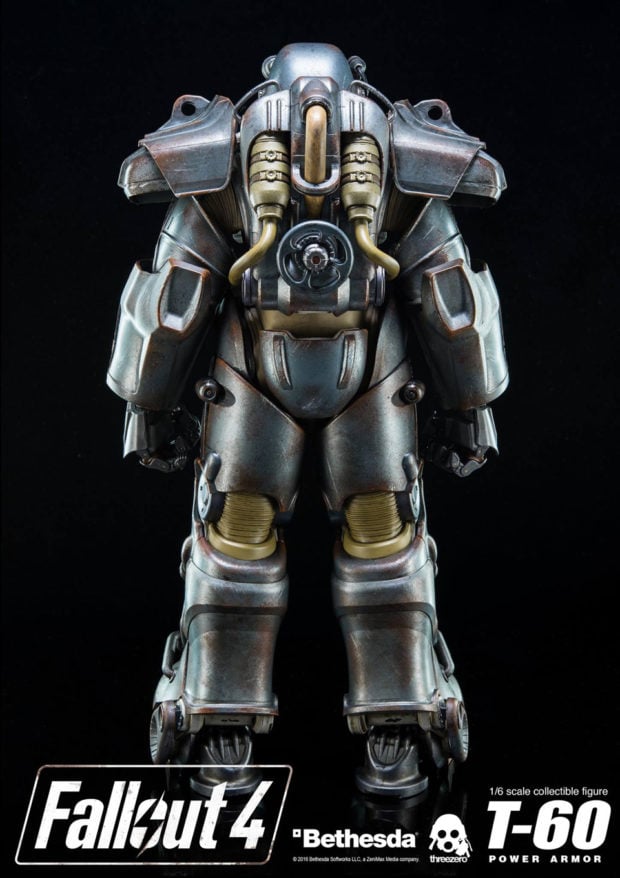 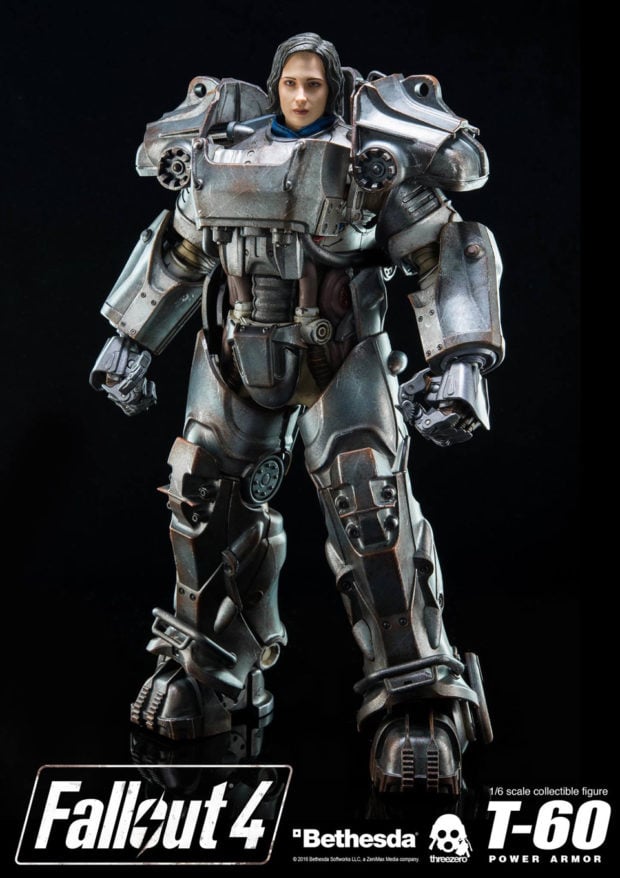 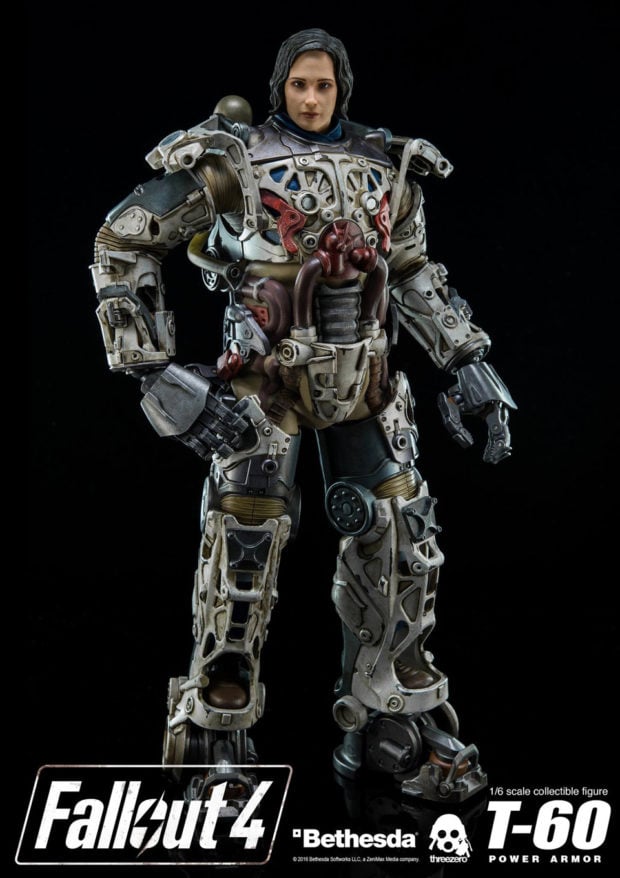 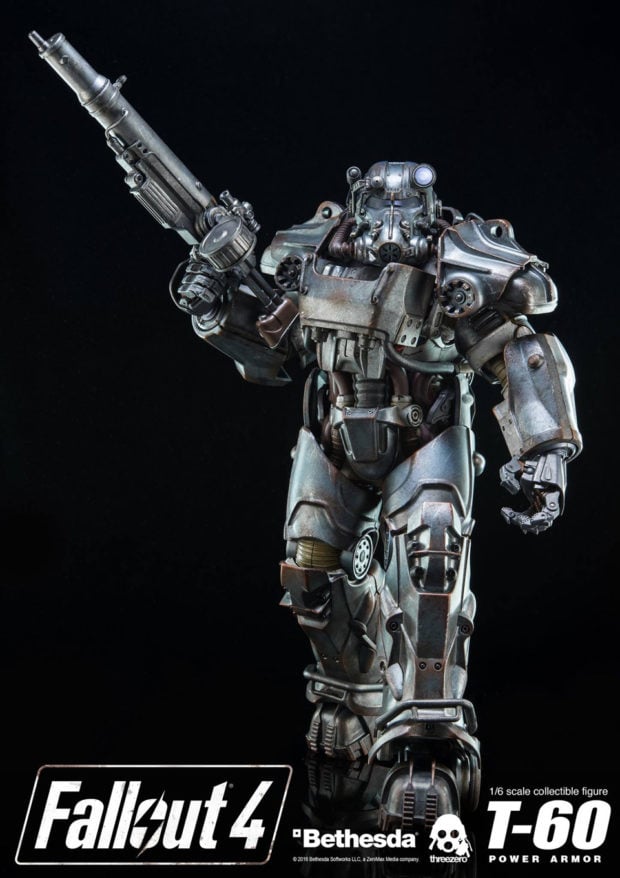