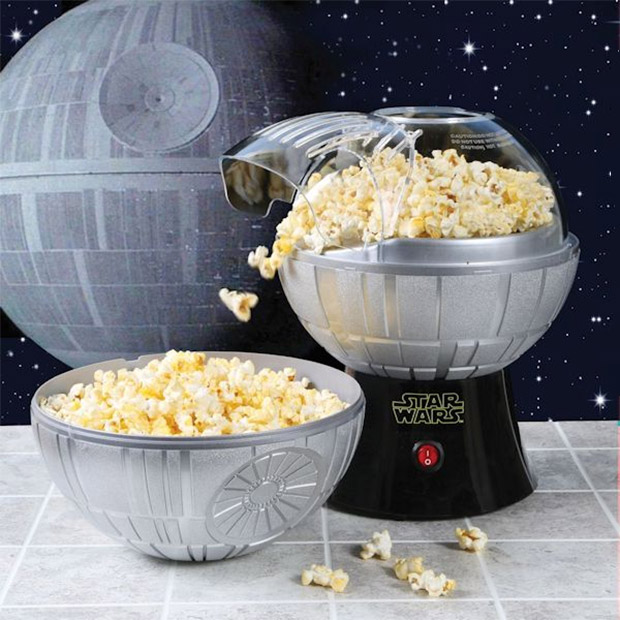 That’s no moon. It’s a Death Star Hot Air Popcorn Maker! And it is fully operational. I always wanted to see popcorn come flying out of the Death Star when it explodes, so rebels ships have to dodge the kernels as they shoot off into space. Maybe that’s just me. Well, this one won’t explode, but it will pop popcorn so you can have a snack while watching your favorite Star Wars flicks. As an added bonus, the top of the Death Star doubles as a serving bowl.

I can see why Jyn Erso is trying to steal the Death Star plans. Popcorn is delicious. 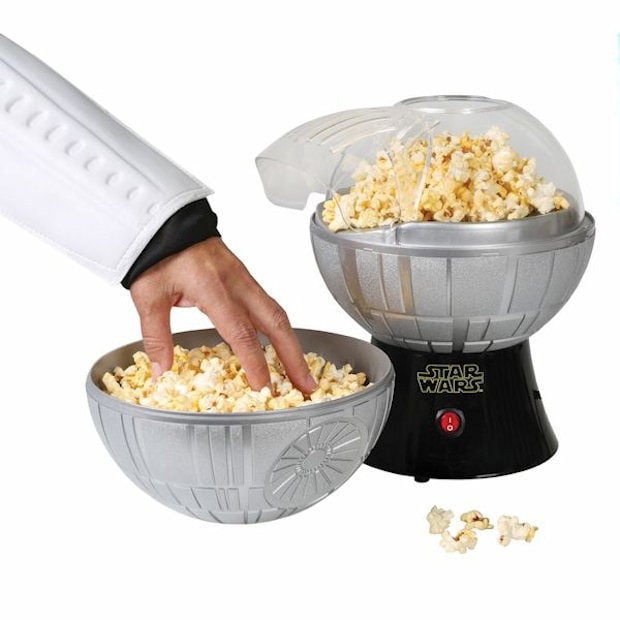 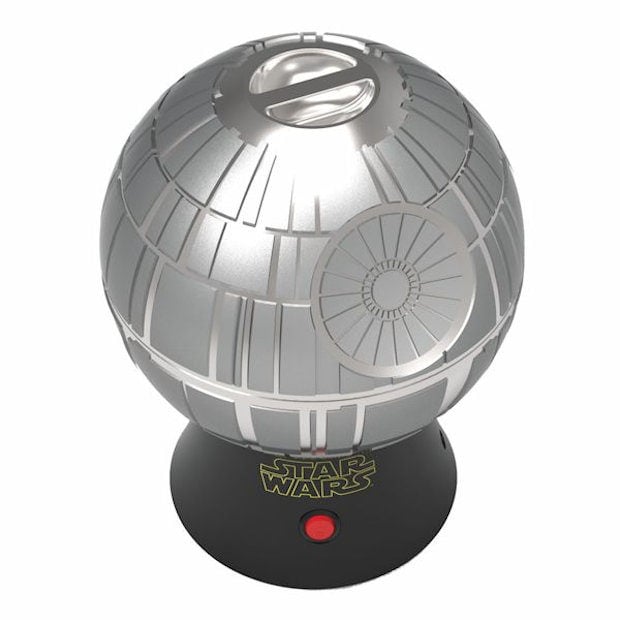 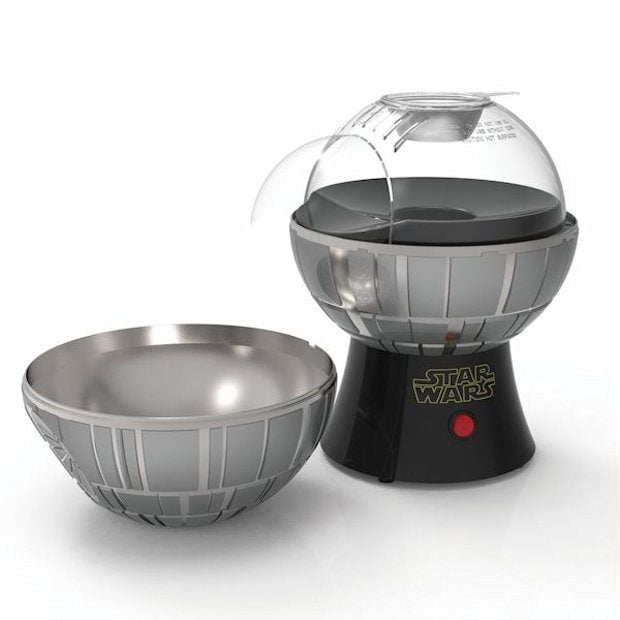 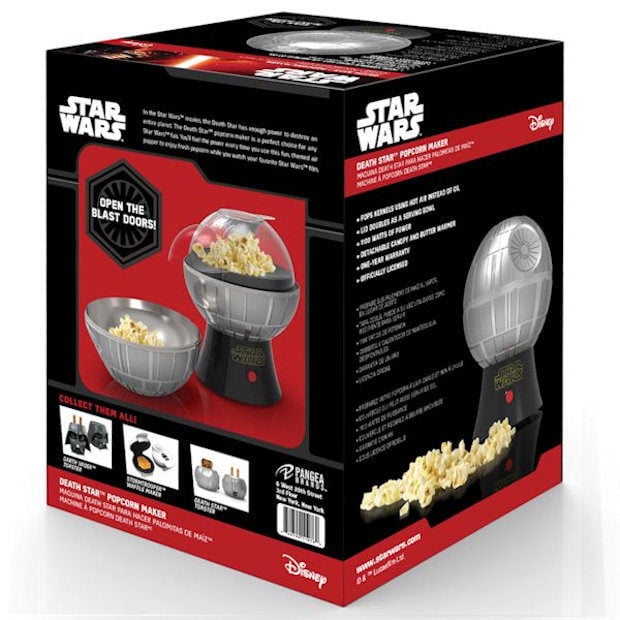 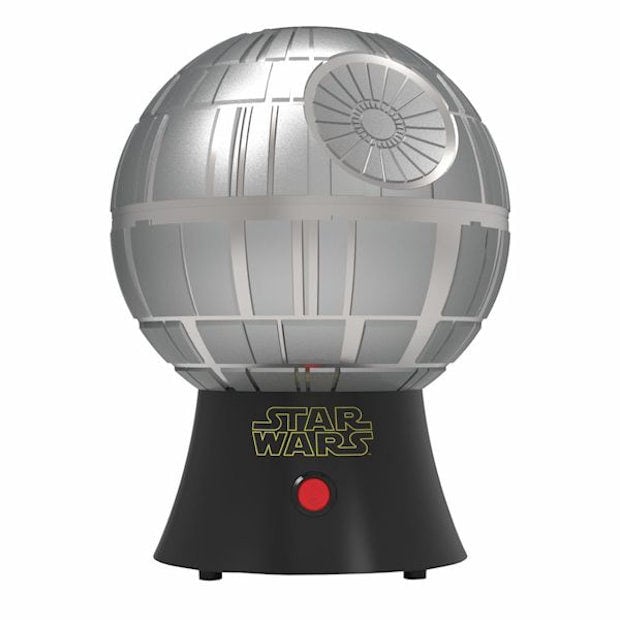