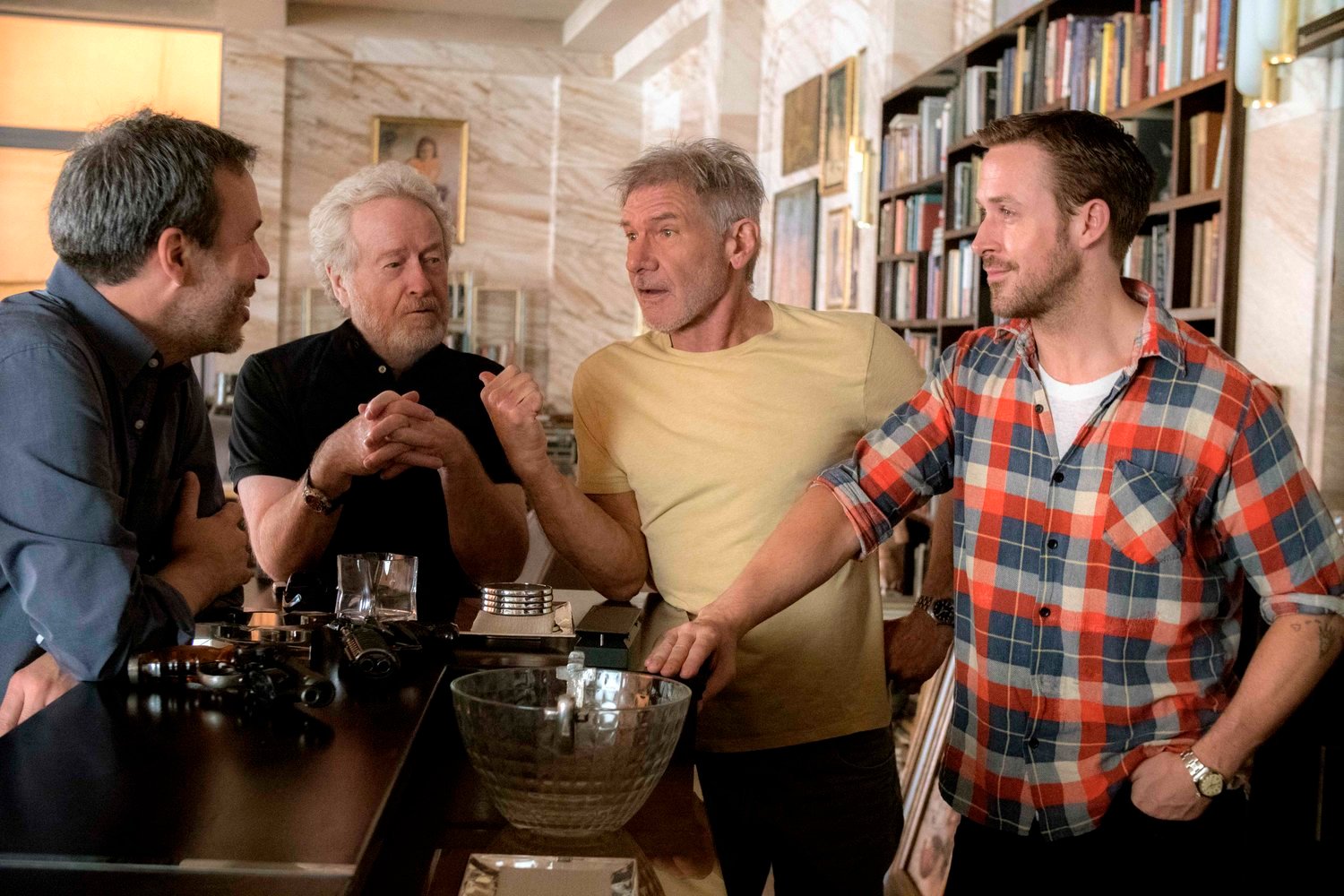 It seems like we have been waiting forever to get news on Blade Runner 2. Well, news is starting to come in. Today we have an official title. The new movie will be called Blade Runner 2049. In addition to the news about the new title, we also got a behind-the-scenes photo of Executive Producer Ridley Scott, Director Denis Villeneuve, Harrison Ford, and Ryan Gosling.

We don’t know anything about the story details yet, but the title tells us that thirty years have passed since we last saw Rick Deckard. Apparently, Sean Young won’t be in the cast, which is too bad. She may be crazy, but she was great in the original.