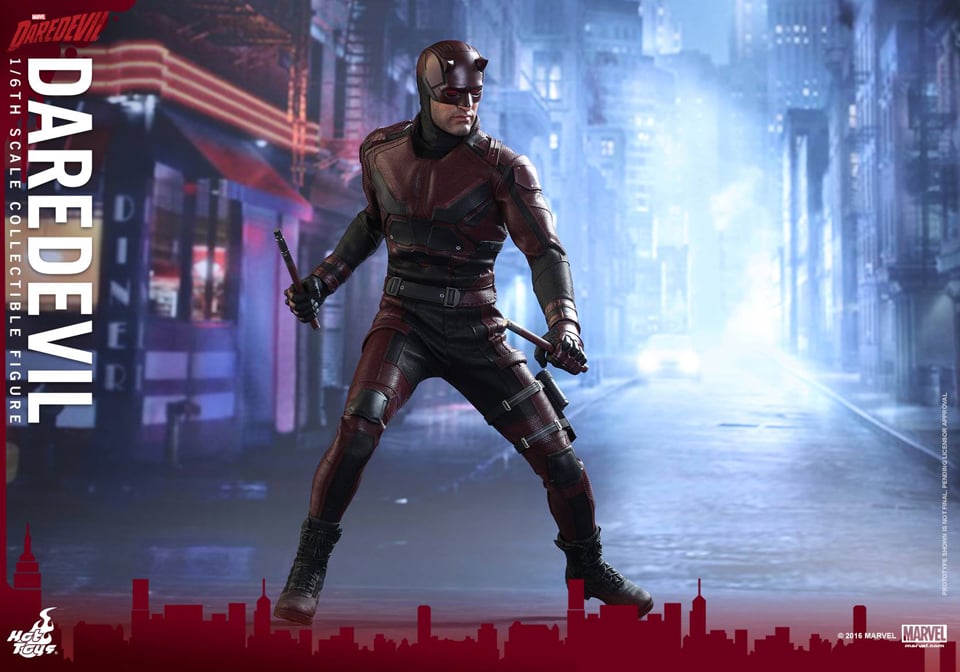 Hot Toys is back to its usual form with its sixth-scale figure of The Man Without Fear, as he appears in the Netflix exclusive series that bears his name. The Daredevil action figure comes with two lower faces: one neutral and one angry and bloodied, which pretty much covers all of Matt’s expressions when he’s wearing his mask. You’ll also get three pairs of hands and three pairs of billy clubs: a pair stuck together as a single stick, a pair split into two pieces, and a pair linked in a nunchuck configuration. Finally, the figure comes with a cool diorama base. 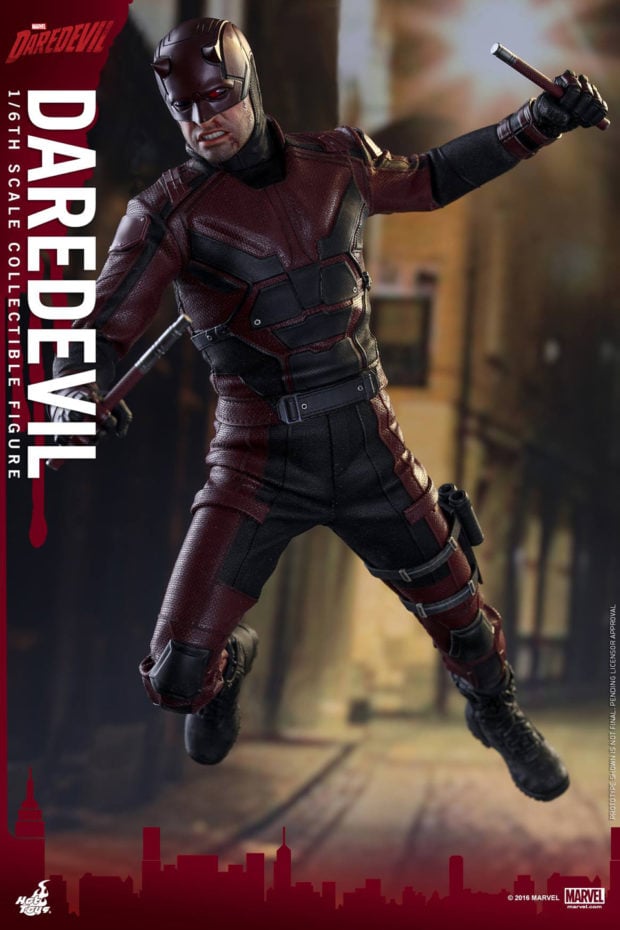 It would’ve been awesome if it included a third portrait with Matt’s plain black eye mask, but I bet Hot Toys is saving that for an entirely separate figure. The action figure will be released next Fall, but you can already pre-order it from outlets such as BigBadToyStore for $230 (USD). 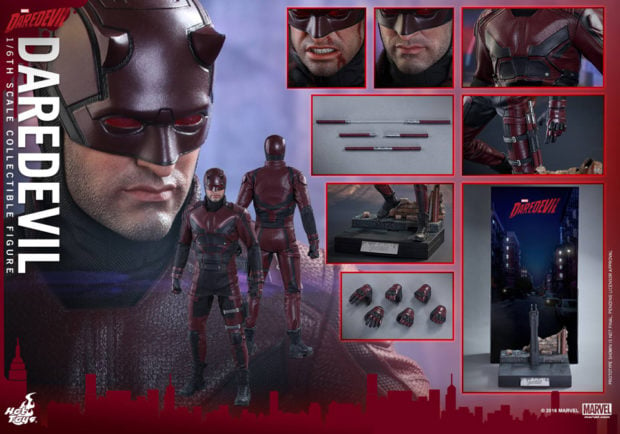 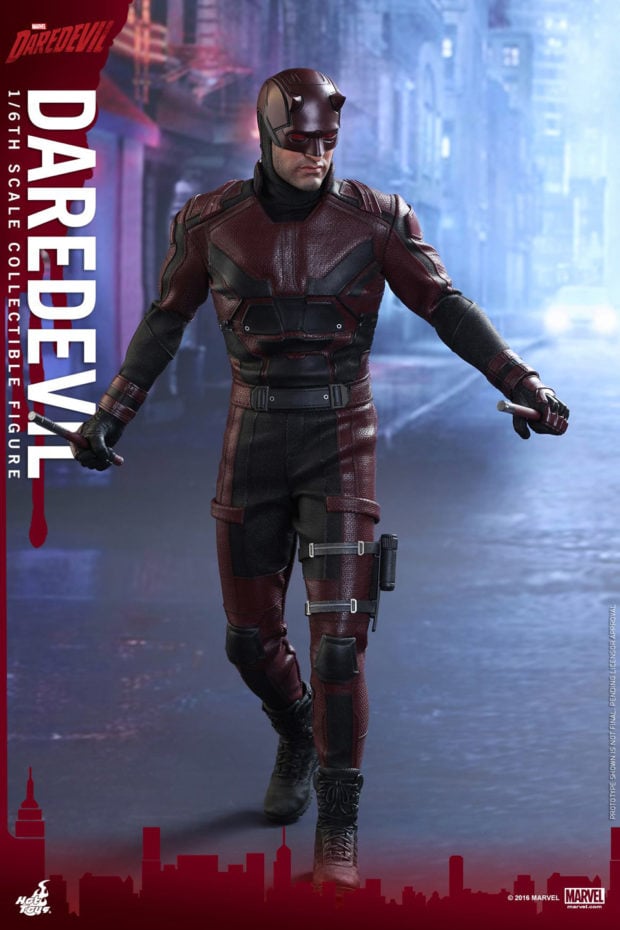 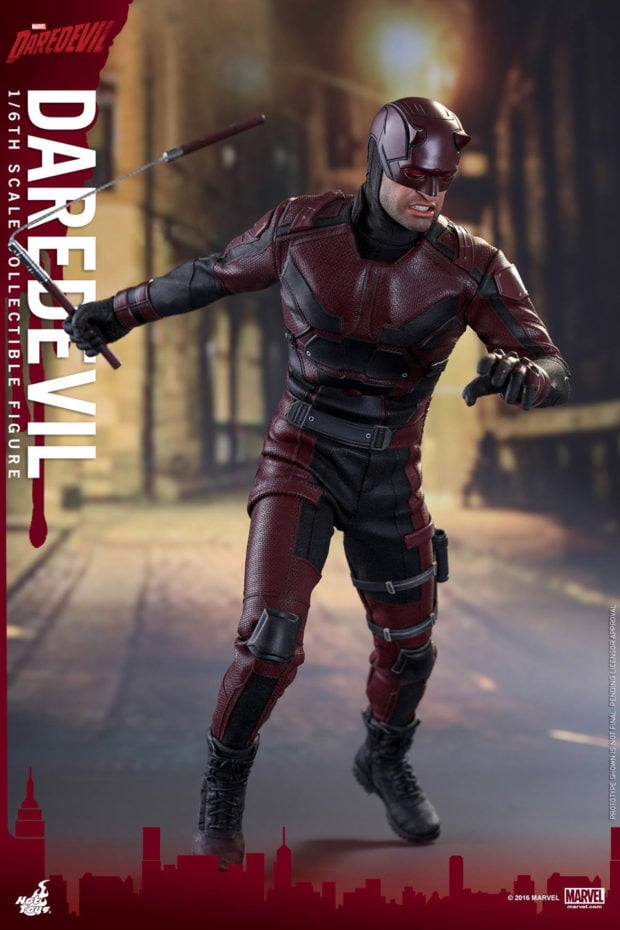 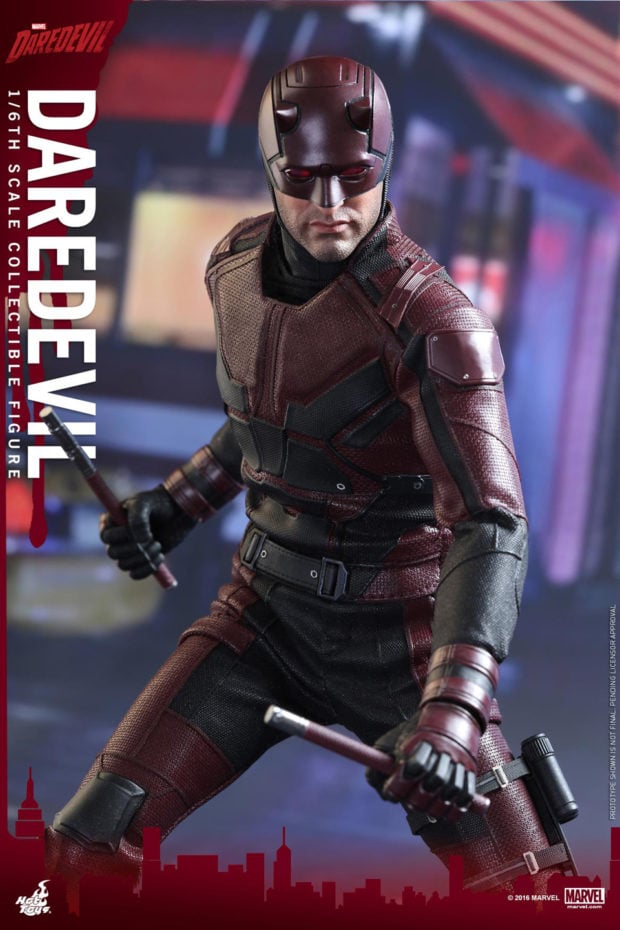 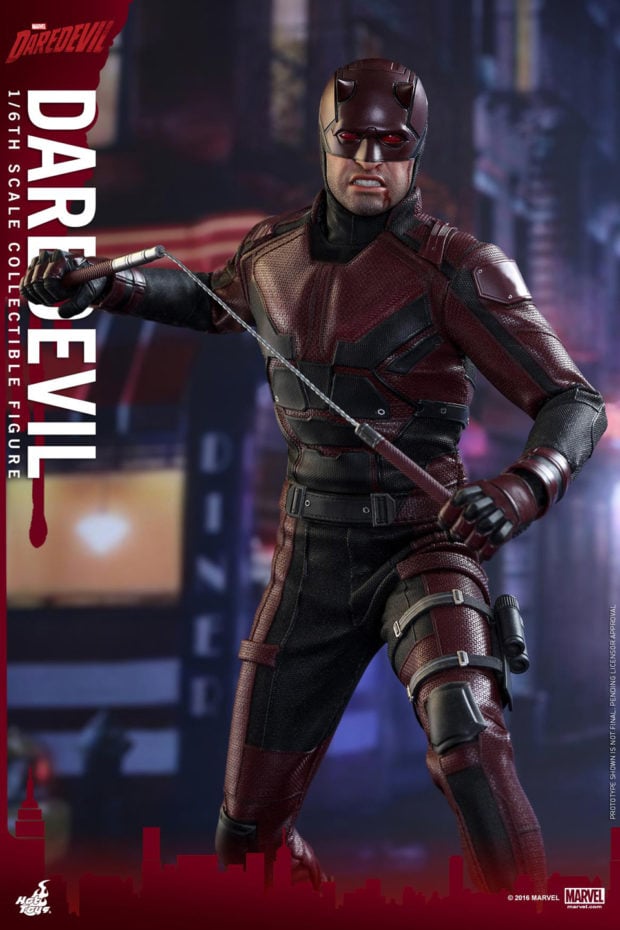 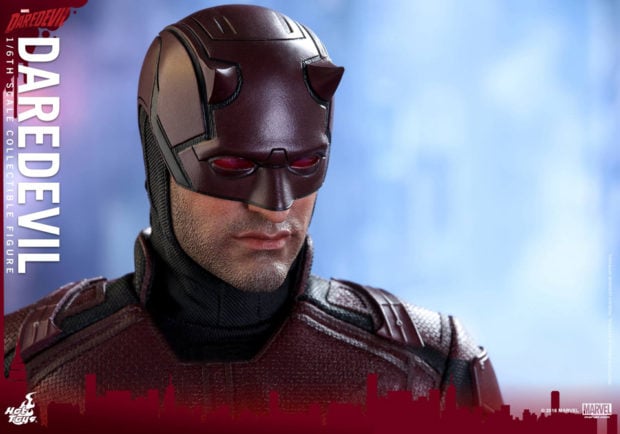 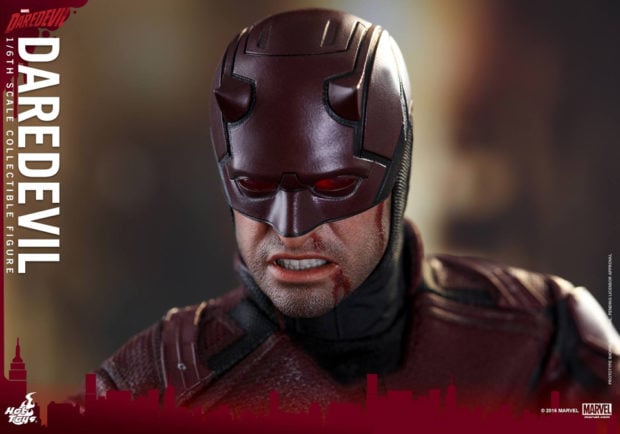 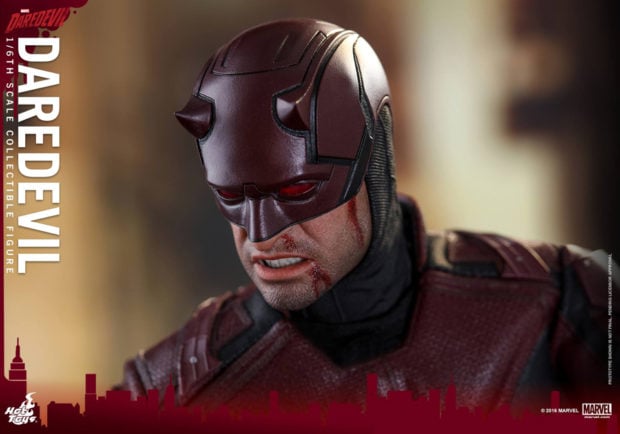 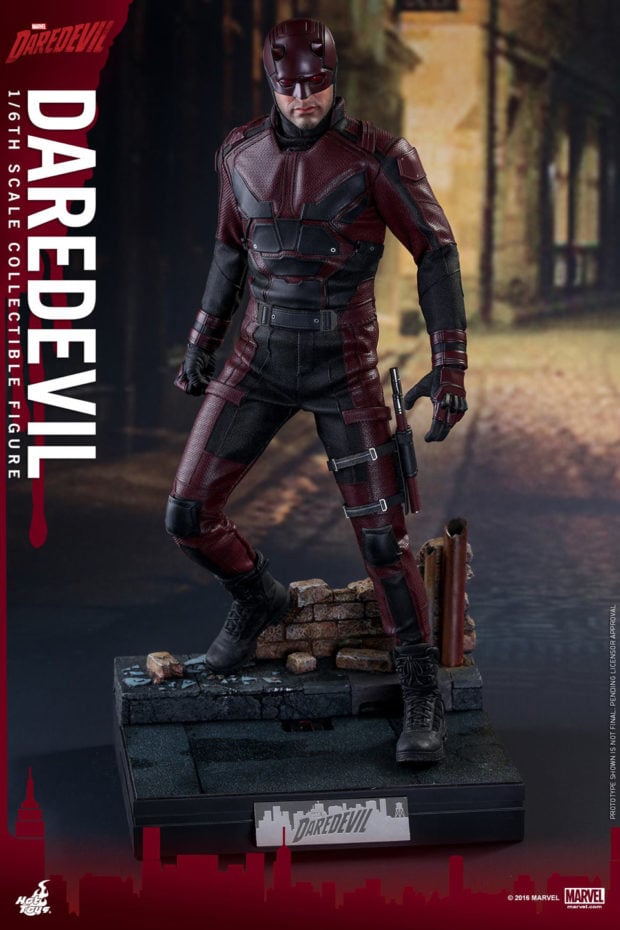 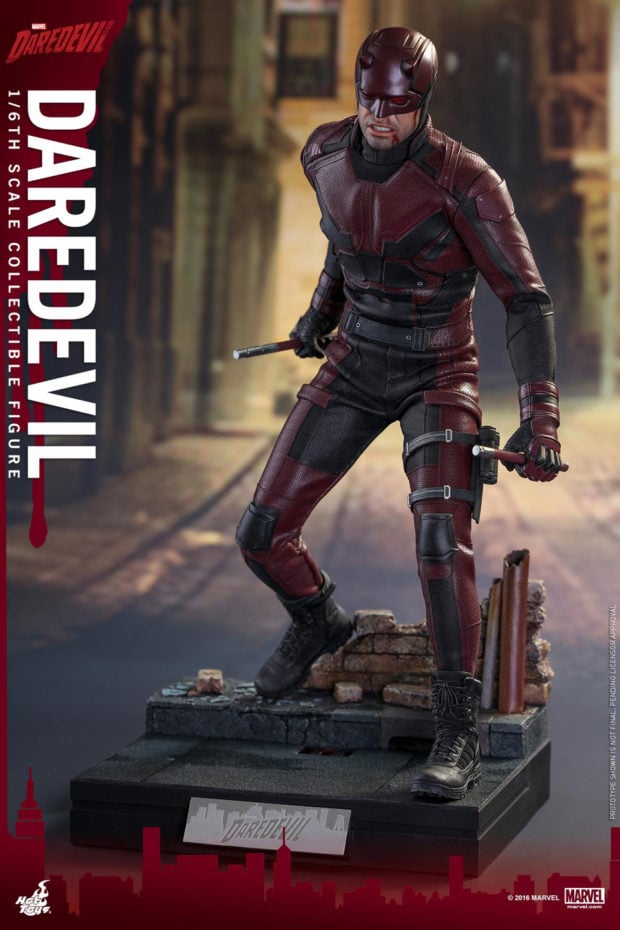