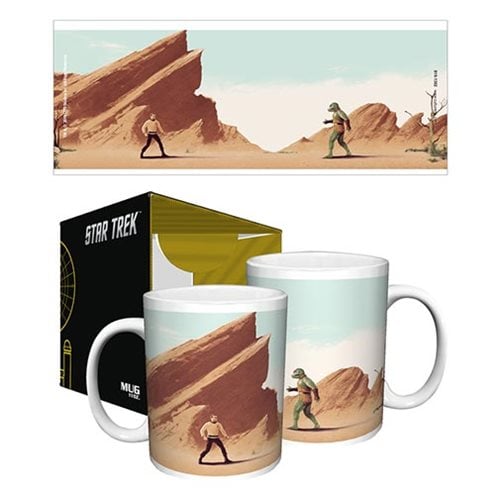 This mug is a must have for Star Trek fans. Relive the epic Arena episode from season one all over again while you get caffeinated. Everyone in the office will be jealous of this amazing drinking vessel and some may even try to fight you in order to get it for themselves.