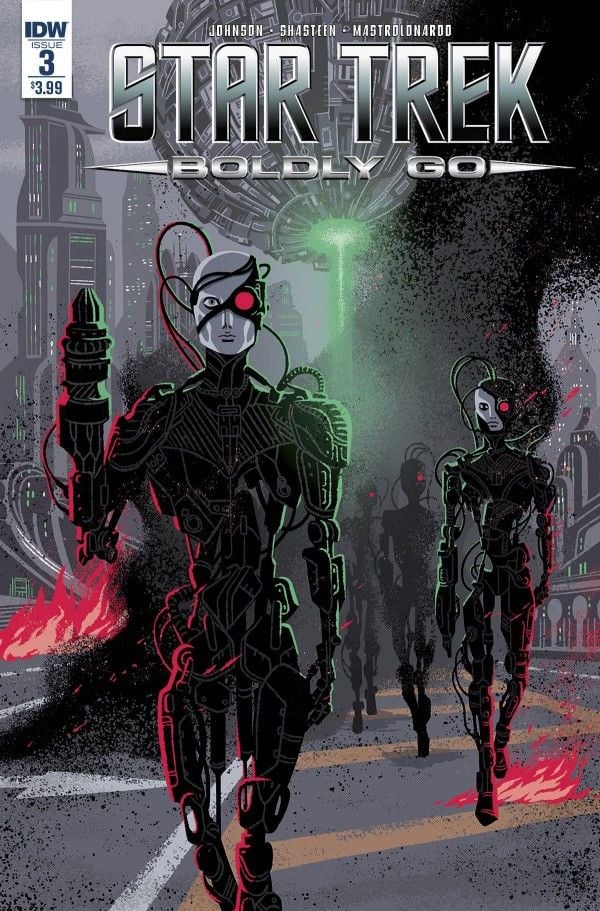 If you like the recent JJ Abrams produced Star Trek movies, IDW has a special treat for you. They are readying for a new run of comics that will take place after the events of Star Trek Beyond. The third issue of the series Star Trek: Boldly Go will introduce young Kirk and his crew to the The Borg. This is about a century or so before the Federation supposedly first met the hive-minded aliens.

The Borg were first introduced in the second season of The Next Generation, when Q brought the two races together. Bringing them into the Kirk era is a major shakeup to the canon timeline. The issue of will hit shelves this December. It should be an interesting read.