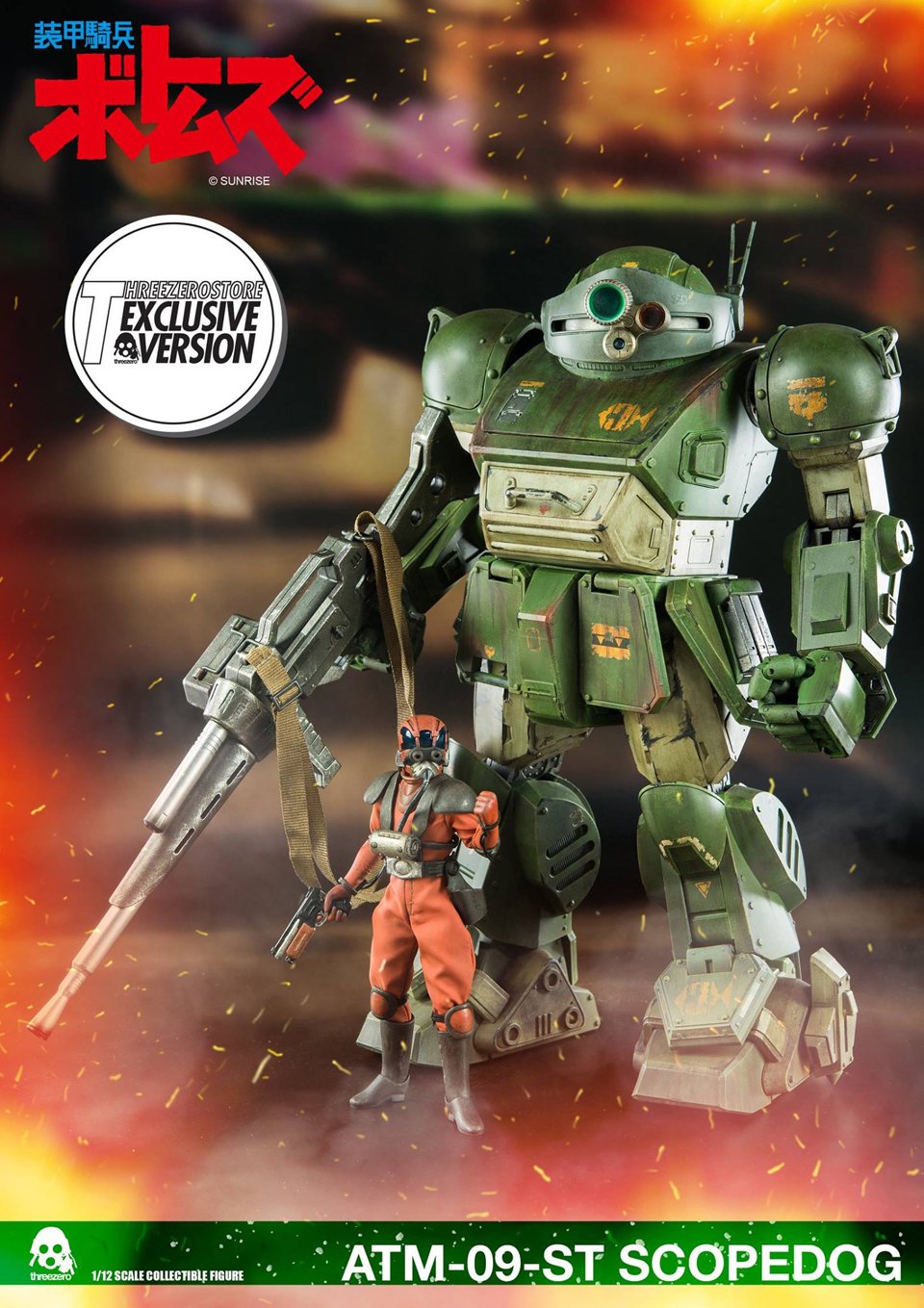 Threezero has opened pre-orders for its 12th scale action figure of the ATM-09-ST aka Scopedog, based on its appearance in the original Armored Trooper VOTOMS TV series from 1983. The action figure comes in two variants, both priced at $450 (USD). The Threezero Store exclusive has a much more weathered finish, but the standard edition is no slouch.

The 13″-tall mech figure is fully articulated, including its fingers, and can transform into its trademark crouch mode. Further, its pelvis joints can be adjusted vertically to change the robot’s height. It also has a left-arm extension to depict the robot’s Arm Punch, as well as magazines that can be attached either to the included GAT-22 Heavy Machinegun or to the robot’s hip.

The robot also comes with a 6″ pilot figure, which comes with 7 hands and an M571 Armor Magnum. Check out Threezero’s Facebook photo album and Forbes’ article for more on the action figure. 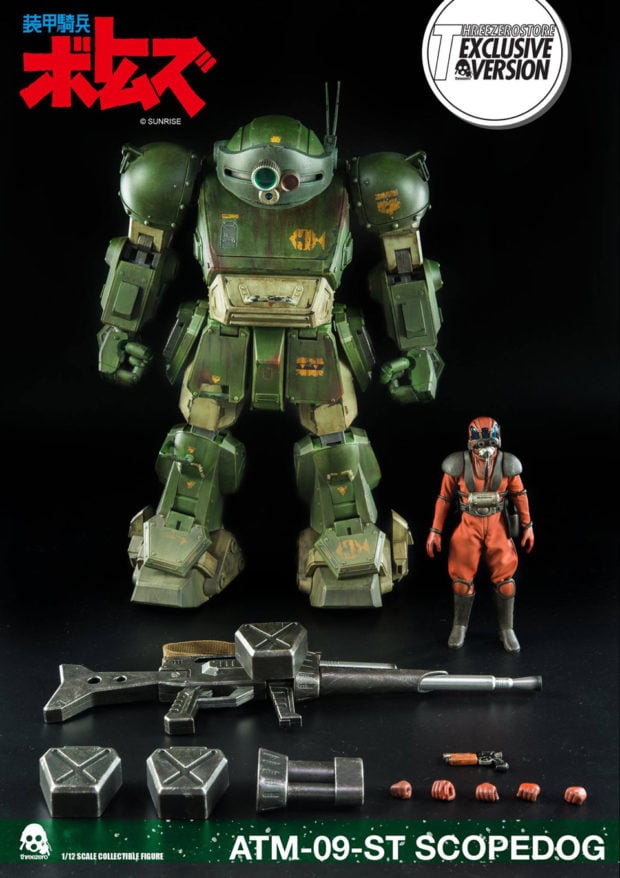 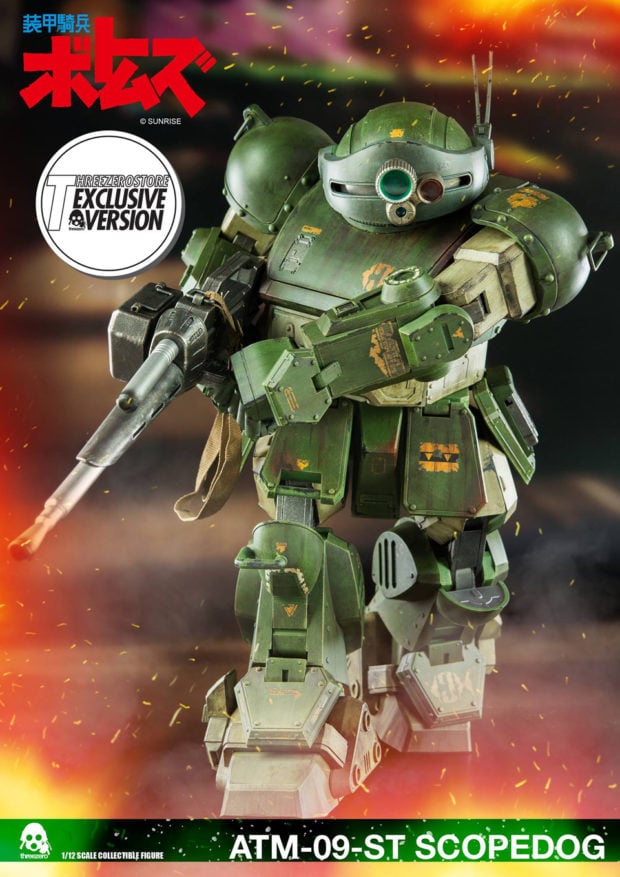 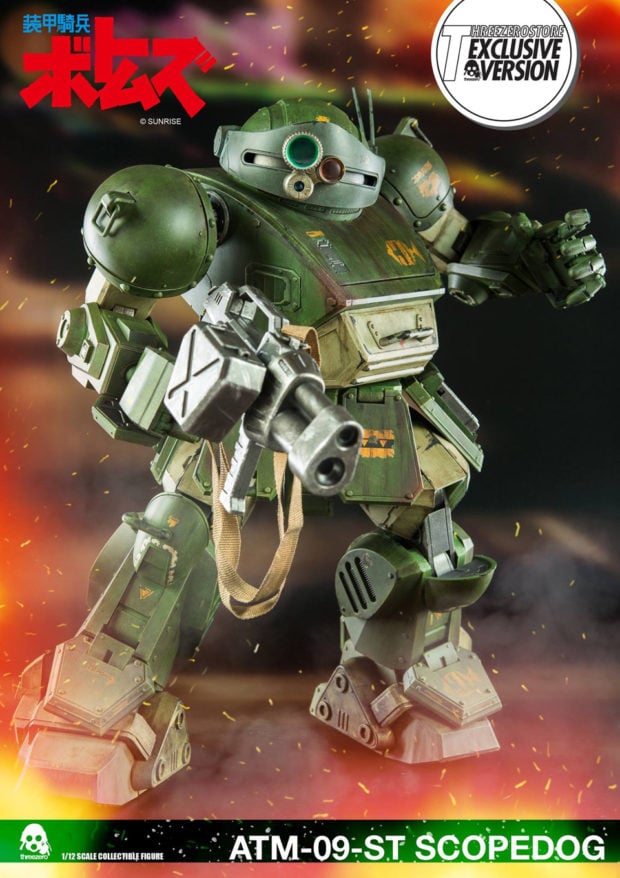 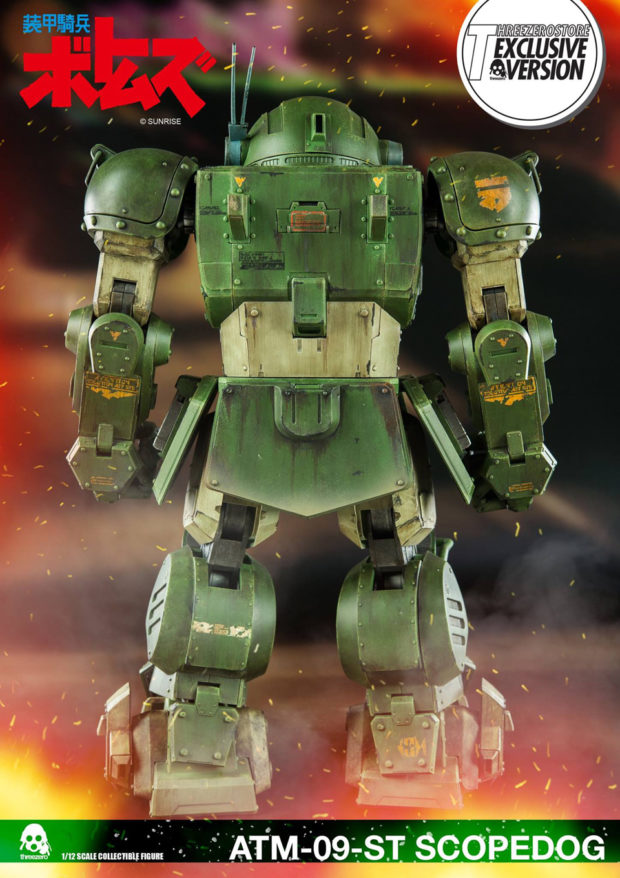 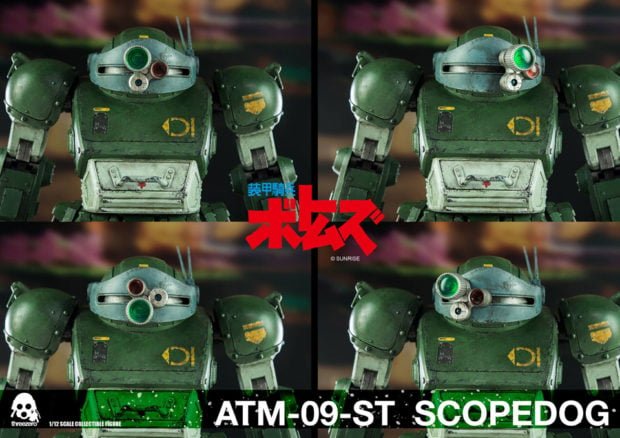 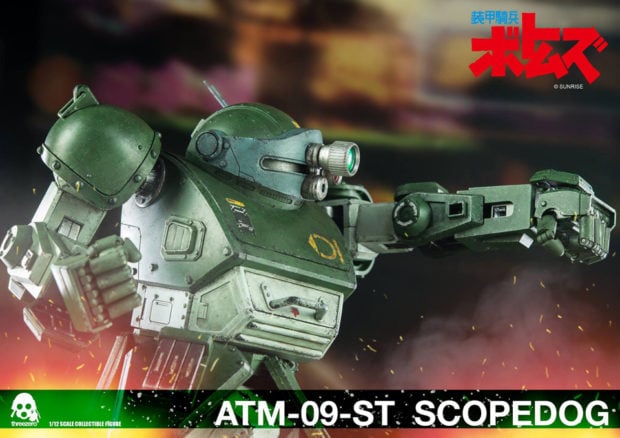 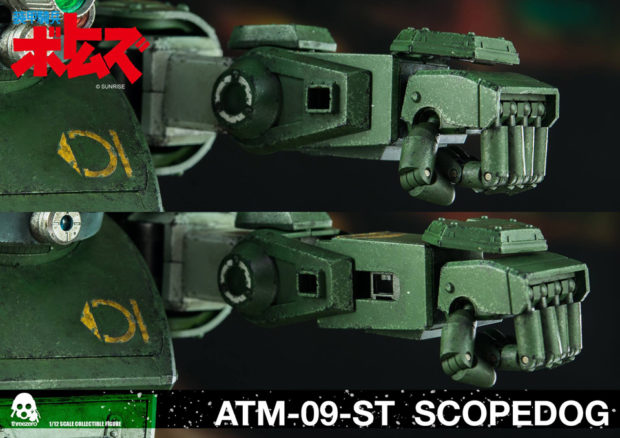 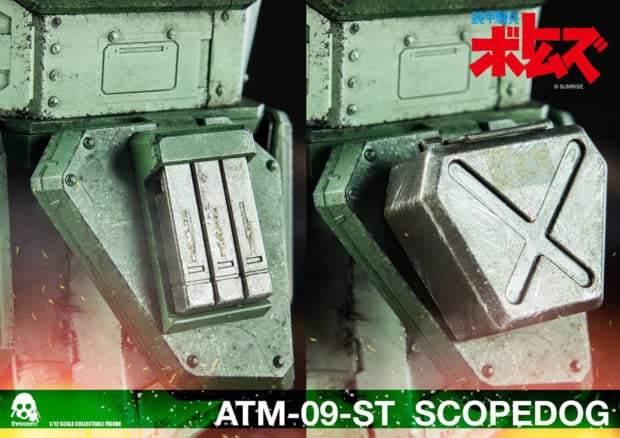 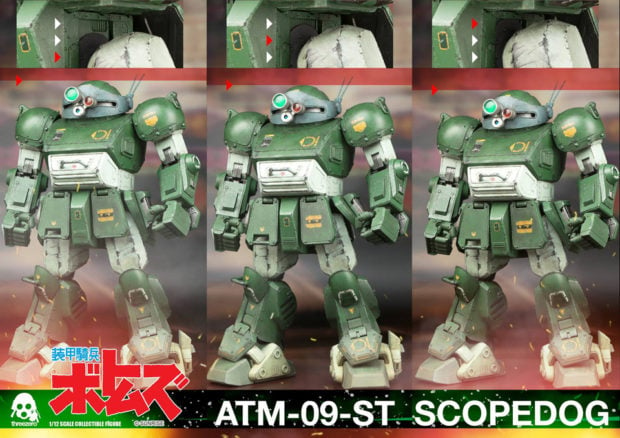 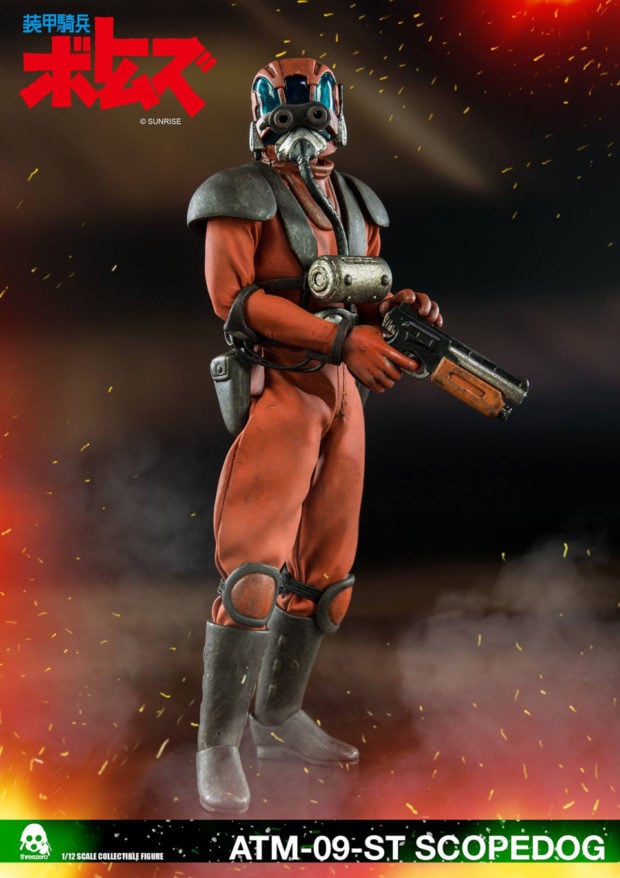 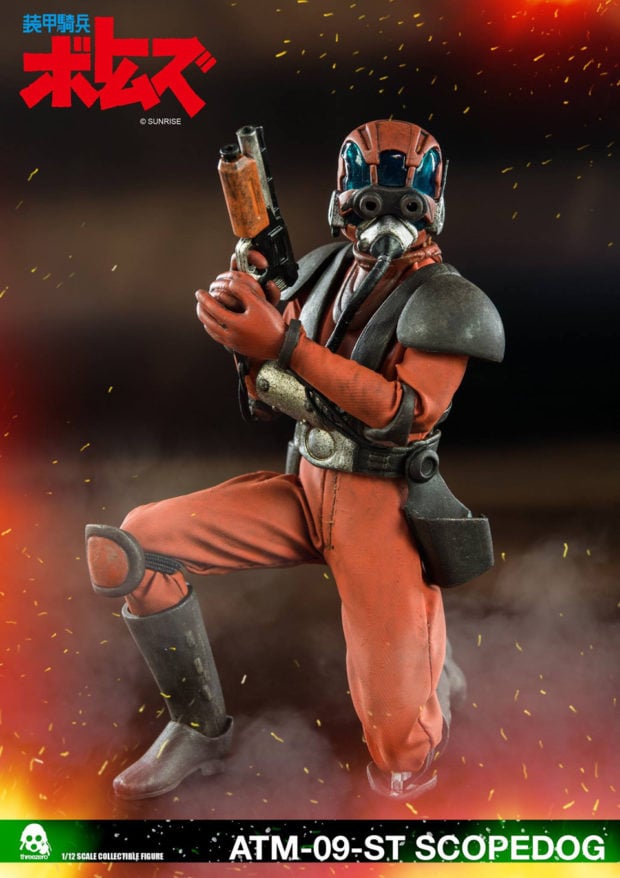 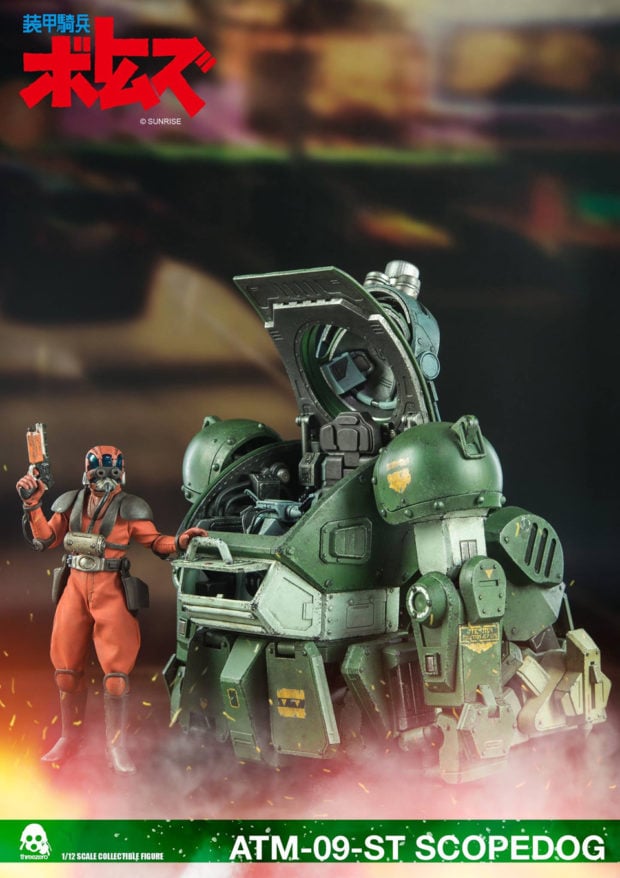 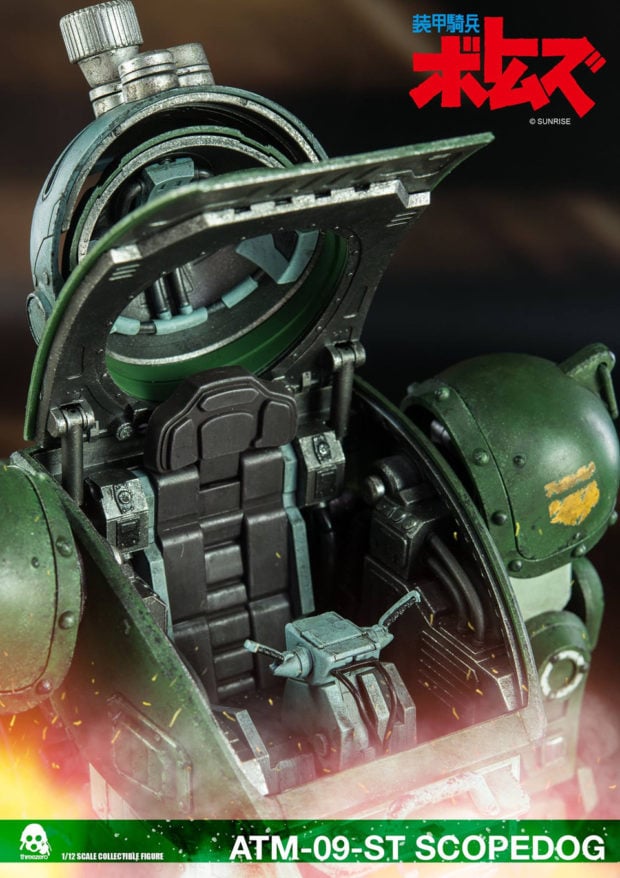 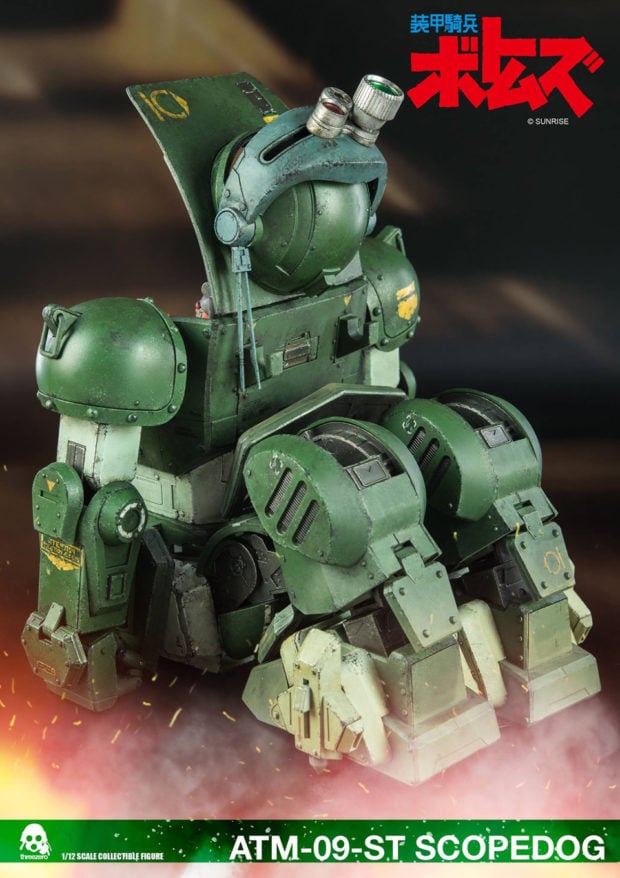 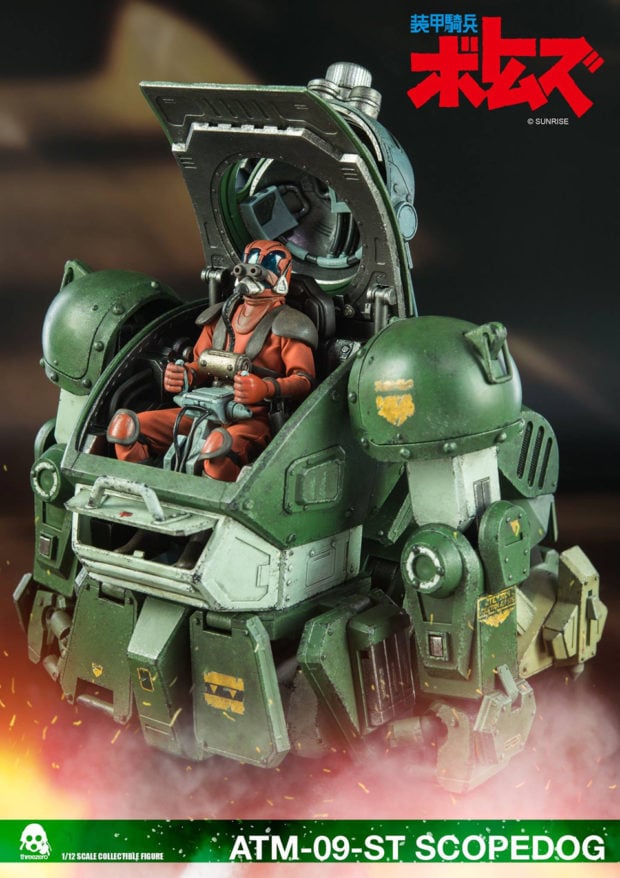 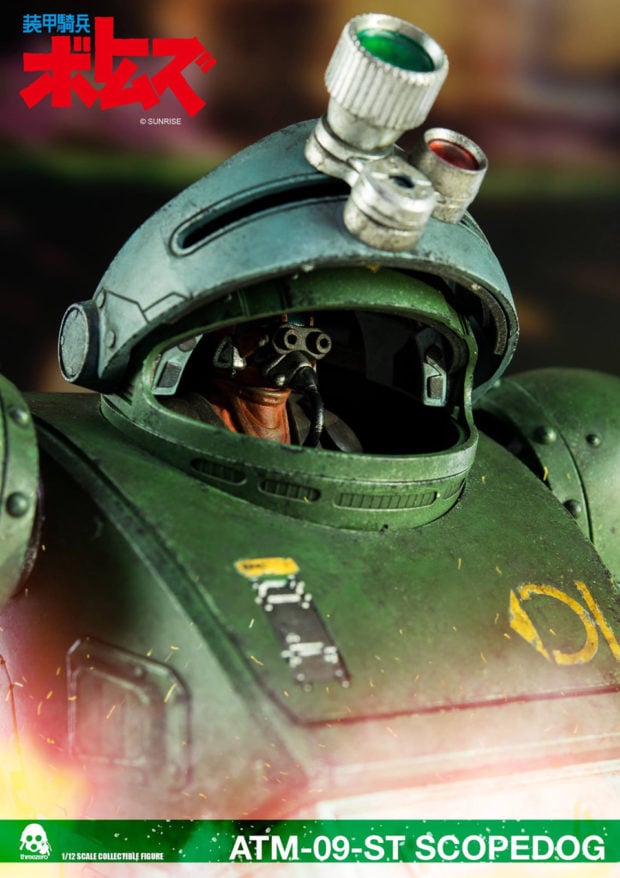 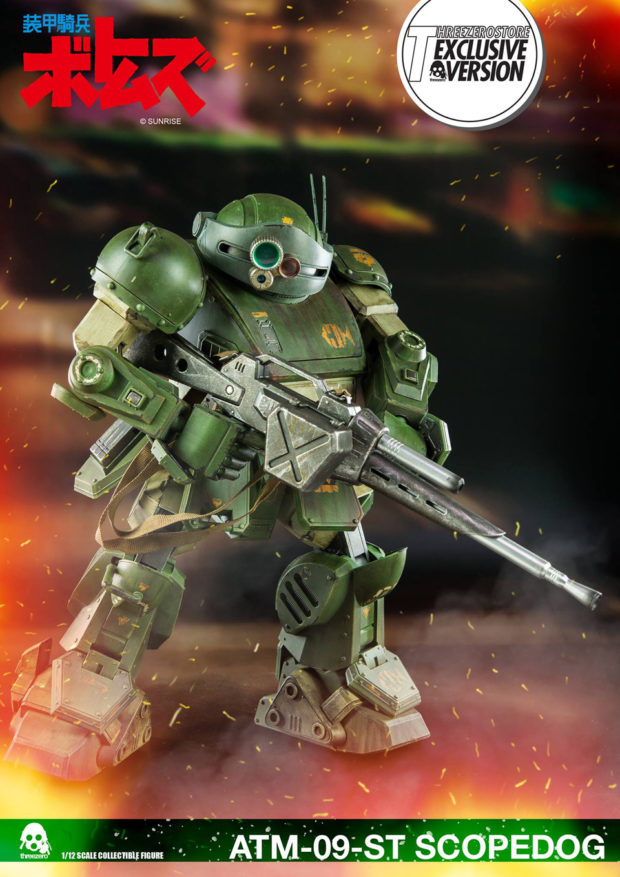 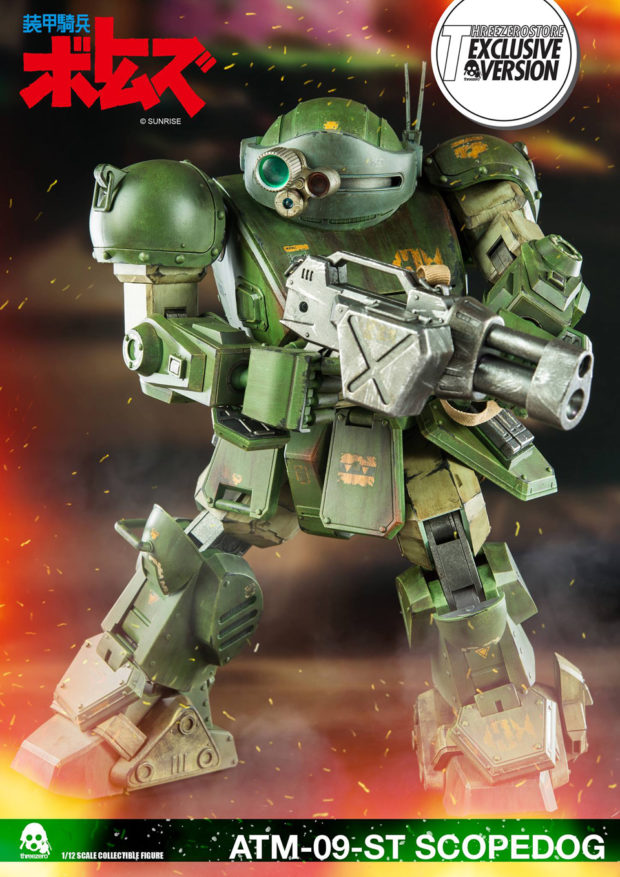 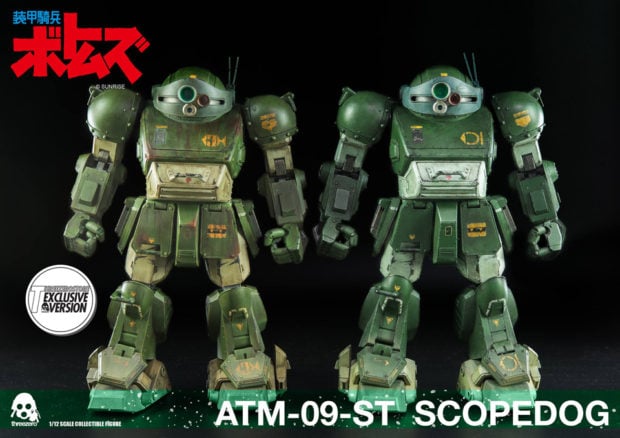