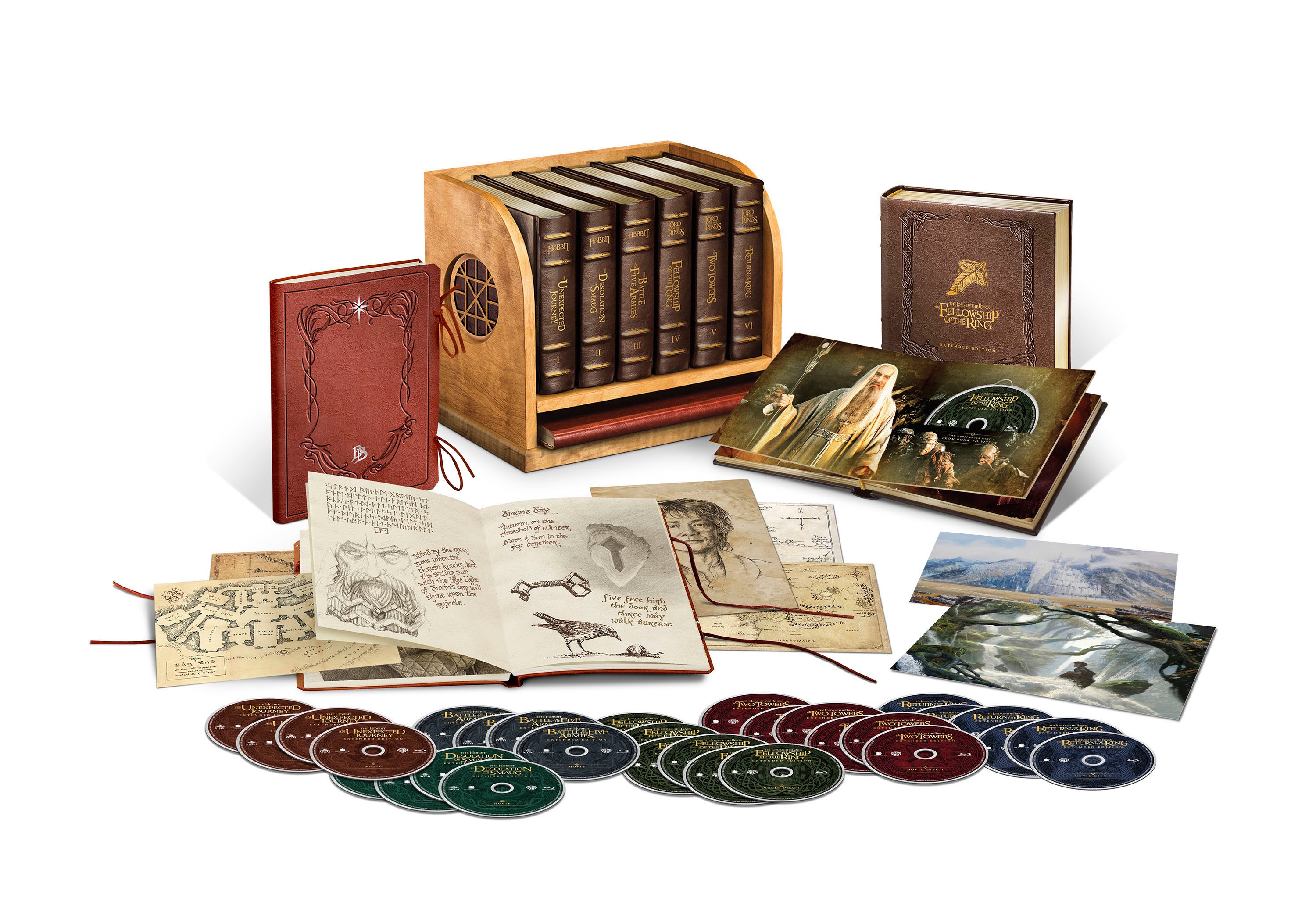 Fans of JRR Tolkien and his Middle-earth will soon have the opportunity to re-live the entire collection of The Hobbit and The Lord of the Rings movies from filmmaker Peter Jackson. These two trilogies will be released as a single epic collection on Blu-ray and DVD on November 1st from Warner Bros. Home Entertainment.

They also packaged in six faux leather books with a Hobbit-style wood shelf for your Hobbit-hole. All previously released bonus content from both the theatrical and extended edition releases will be included in the collection as well. There’s also an exclusive 100-page sketch-style book with a replica of The Red Book of Westmarch, and two original reproductions of watercolor paintings by conceptual artists Alan Lee and John Howe. Sadly, there’s no new footage as far as we know.

That is quite the set, though it’s quite exorbitantly priced at $799.99(USD) – with Amazon pre-orders going for $599.99. At those prices, this set will be your “precious” for sure.