Montgomery Scott Gets Made out of Chocolate 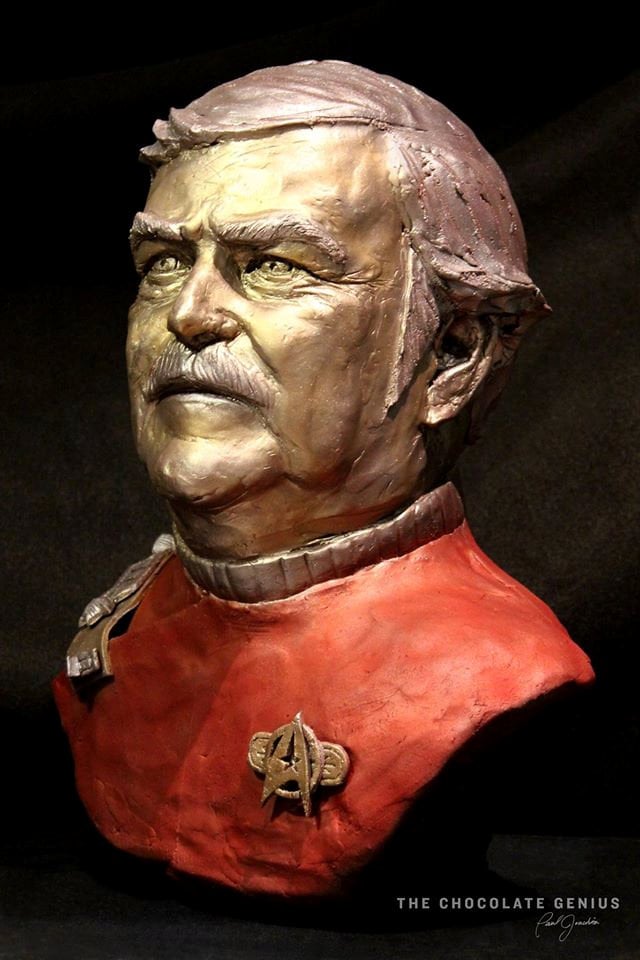 I’m givin’ her all she’s got Captain! I’m just one chocolate man, not a miracle worker! This chocolate bust of Chief Engineer Montgomery Scott (James Doohan) was made by Paul Joachim from The Chocolate Genius. His head has been given a bronze finish, and he’s is wearing his red Star Fleet uniform from the movies. Joachim captured his likeness perfectly.

This amazing work of edible art was made for Cake: The Final Frontier. That’s where cake and confectionary artists from around the world came together to share their love of Trek, and to celebrate the series’ 50th anniversary.  This and other delectable Trek treats were presented in Las Vegas, Nevada, where I hope they were eventually eaten. 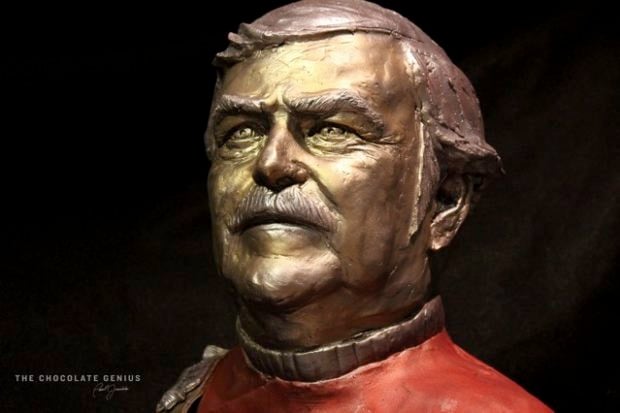 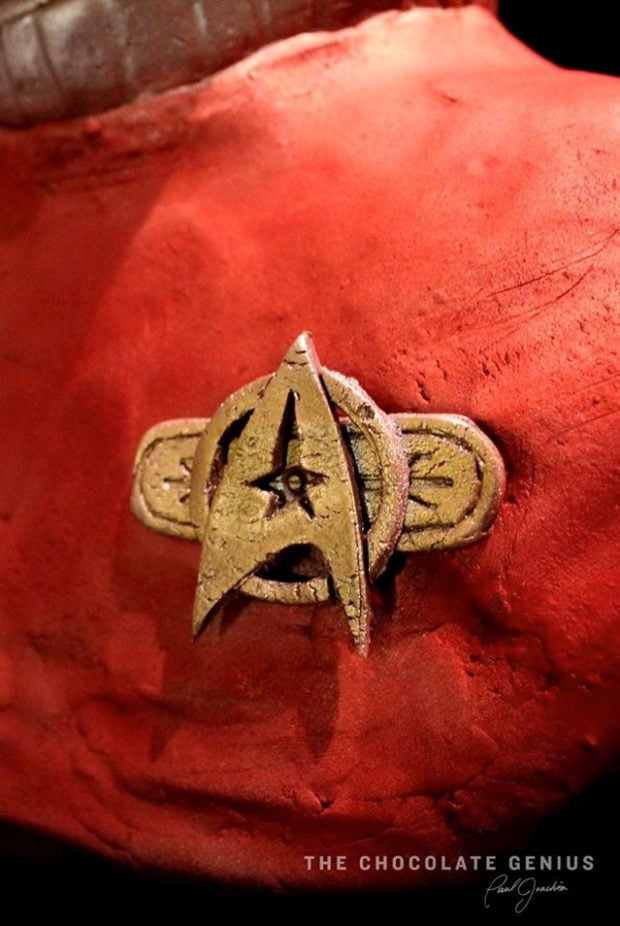