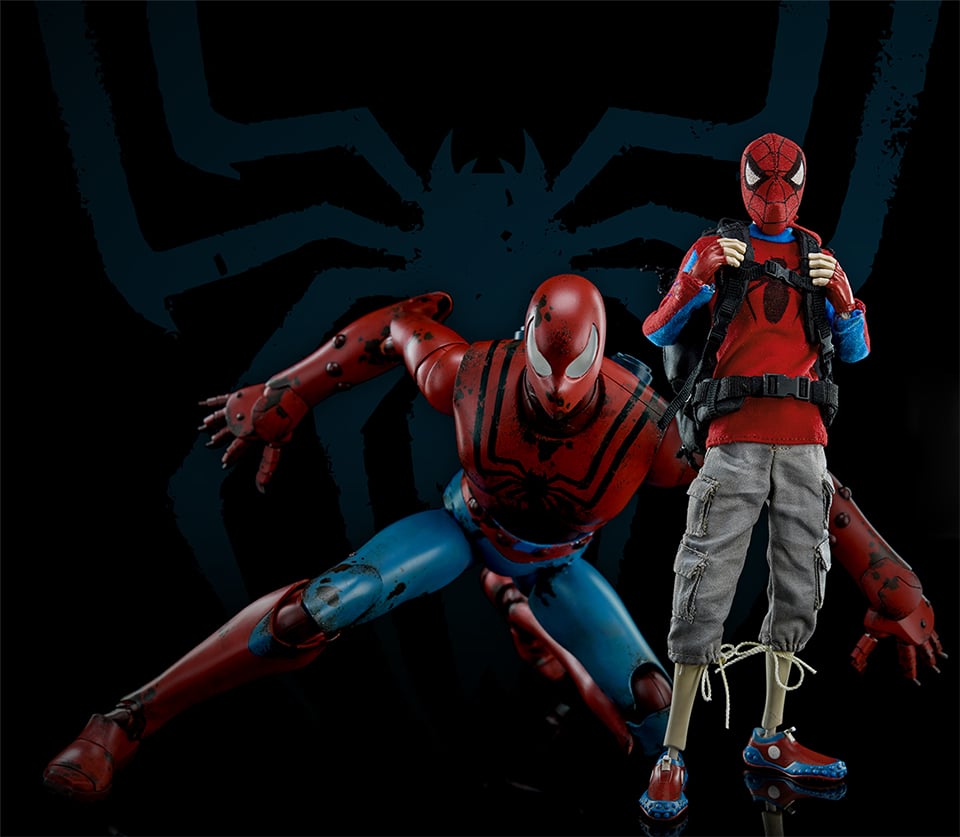 Similar to what he did with Batman, 3A Toys co-founder Ashley Wood reimagined Spider-Man with a robotic twist. Instead of Peter Parker being bitten by a radioactive spider and fighting crime directly, Wood presents him as a teenager remotely controlling a robot. The Peter Parker figure is around 10″ tall and has 32 points of articulation, while the Spider-Bot stands 15″ tall, has 34 points of articulation, fully poseable finger joints and LED-illuminated eyes. 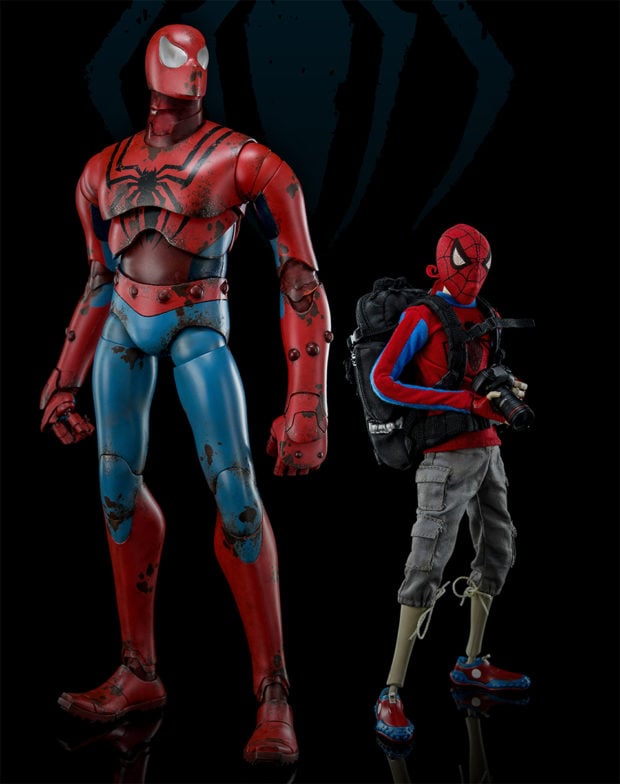 The kid Parker figure comes with four pairs of hands,  a backpack, a robot controller and a camera accessory with four swappable lens attachments. Here’s the painful part: the figures are available in two equally awesome colorways. The Classic Red and Blue Costumed Edition is exclusive to retailers such as BigBadToyStore, while the Black Costumed Stealth edition is exclusive to 3A’s Bambaland online store. Both editions cost $350 (USD). 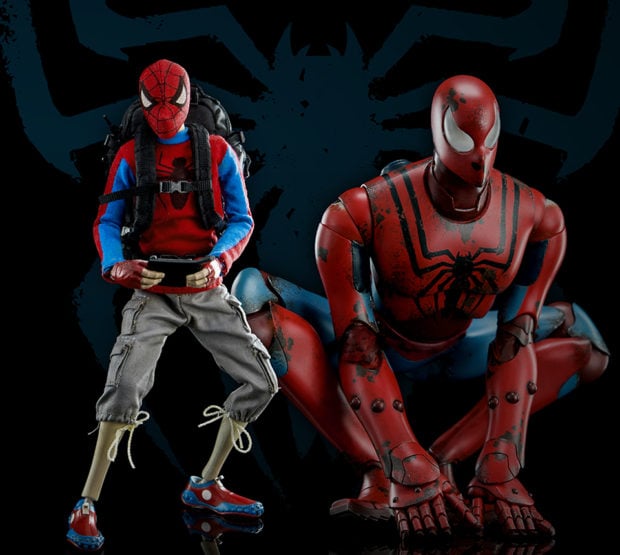 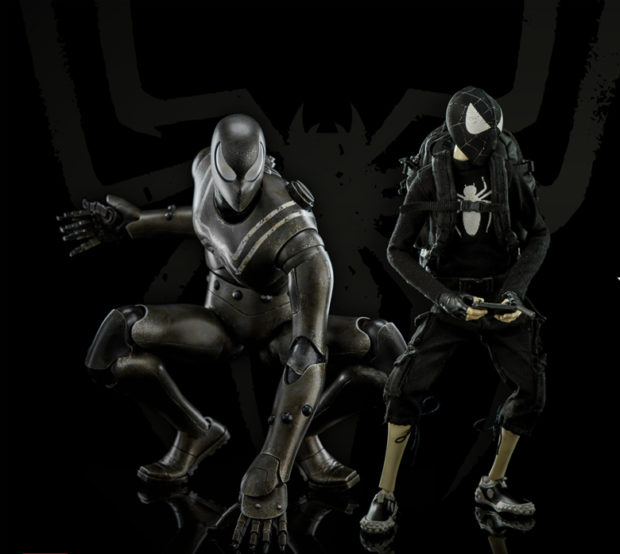 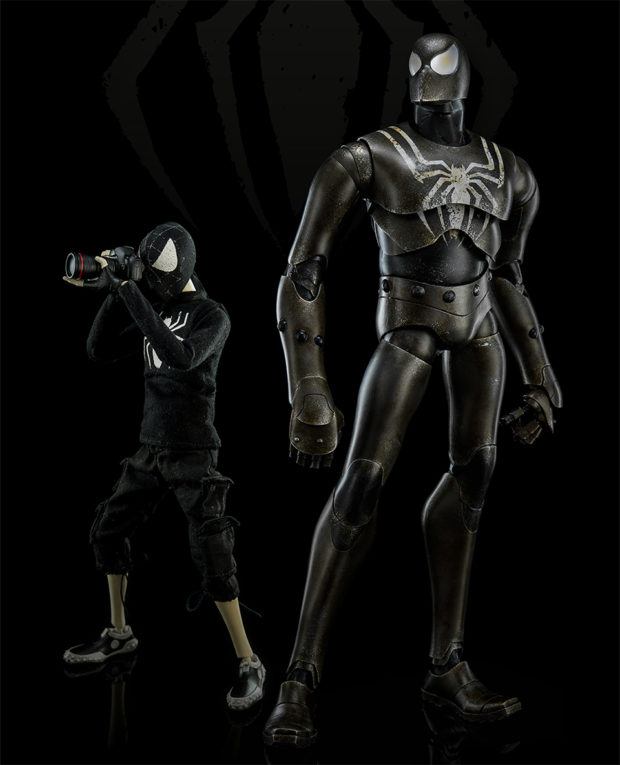 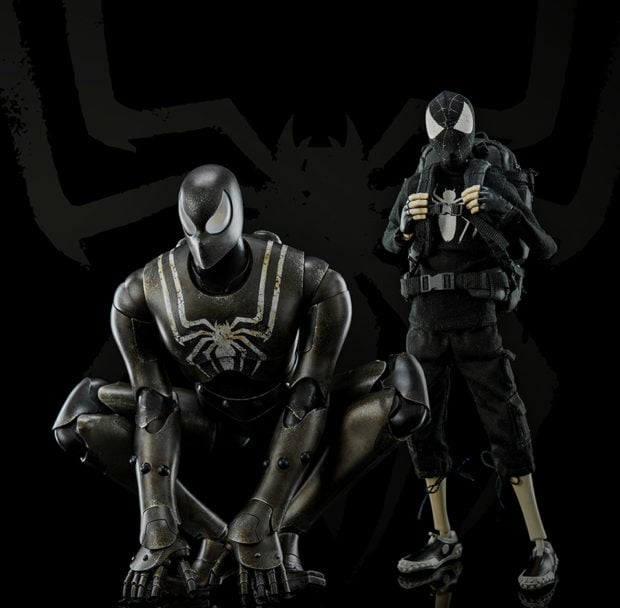