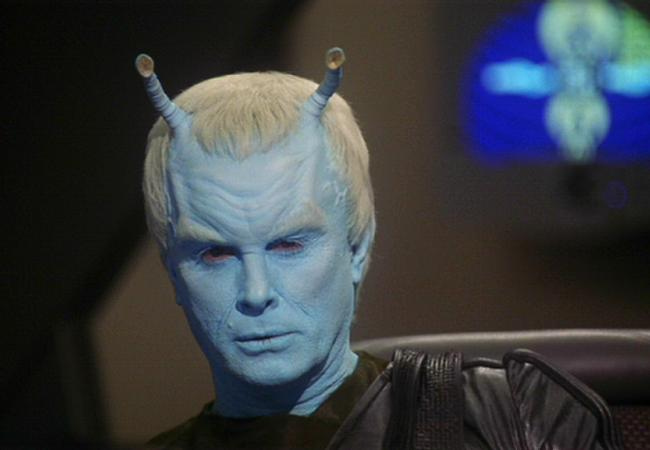 Here is the latest tidbit to pop up about Star Trek: Discovery. Bryan Fuller posted an image of a makeup test on his Twitter feed, and it looks a bit like something have seen before. You see those antennae? It looks suspiciously like an unfinished Andorian.

Although, to be fair, this could be anything. I suppose it could even be pinchers rather than antennae. The ear worm from Wrath of Khan? Maybe. But I think it’s probably an Andorian. It makes sense since this Trek is supposed to be set in or before Kirk’s era, when this species was more prominent. Whatever it is, it’s a tantalizing clue that leaves us wanting to know more.