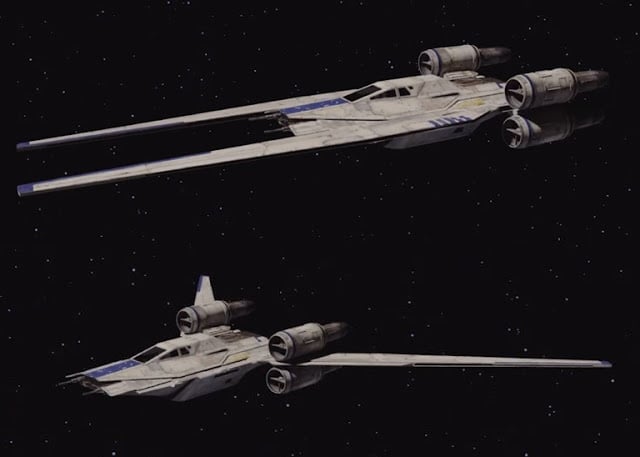 On the latest episode of The Star Wars Show, they revealed a new still from Rogue One: A Star Wars Story along with a new ship from the movie. This ship has been rumored, but this is the first official reveal of the U-Wing. The still shows a view of Yavin IV’s landscape that includes the Massassi Temples, and a U-Wing floating above some X-Wings in the background.

Lucasfilm Story Group’s Matt Martin says that the ship’s technical name is “Incom UT-60D,” and it’s a troop transport and gunship. The U-Wing’s forward wings can fold out and back to accommodate different situations. It’s a cool looking ship that fits in with the Star Wars universe nicely. It looks like an X-Wing and a Snowspeeder had a child. It’s going to make for a cool toy.

Check out the full episode for a 360º look at he U-Wing, a cool homemade Rancor, and an interview with “Weird Al” Yankovic: