GJS’ Ganker might be the closest thing we have to MechWarrior, Armored Core and Front Mission. It’s a ready to assemble robot that’s built for multiplayer combat, thanks to its remote control mobile app and onboard sensors that detect hits. The robot measures about 7.8″x 8.2″x 8.2″. It’s articulated and has a set of semi-omniwheels instead of legs so it moves fairly quickly in all directions. Its 1100mAh battery lasts between 45 minutes to an hour per charge and take an hour and a half to charge. 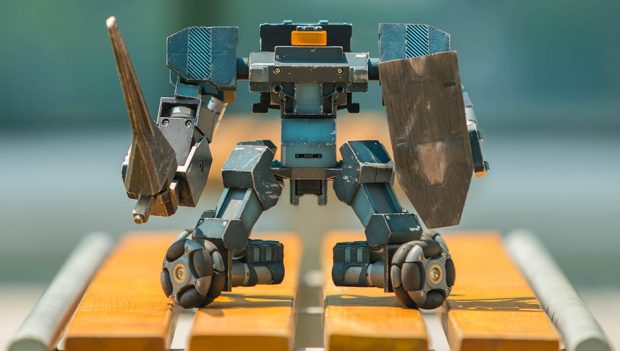 Ganker comes with detachable armor pieces so you can mix and match colors. It also comes with weapons, although right now there’s only a sword and a spear. GJS hopes to add more weapons in the near future; in fact they already have designs for a lance and shield set, a dual-wield sword setup and even infrared pistols. The company also hopes to add a camera and video transmitter to the robots so you can play in first-person, either through the mobile app or with a headset.

A pledge of at least $249 (USD) on Indiegogo will get you a Ganker kit as a reward. 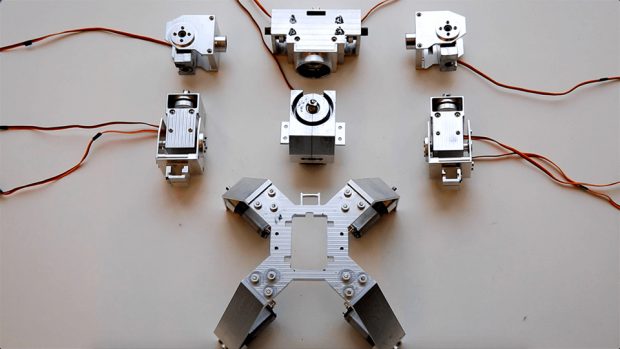 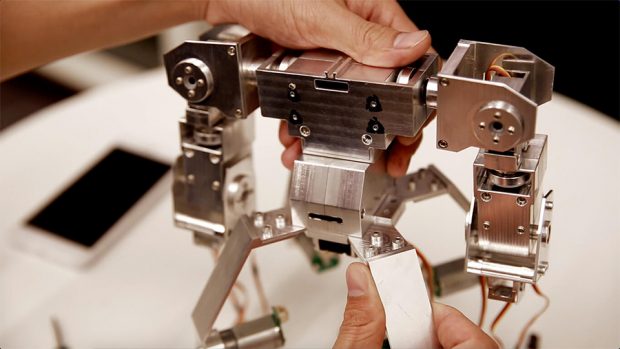 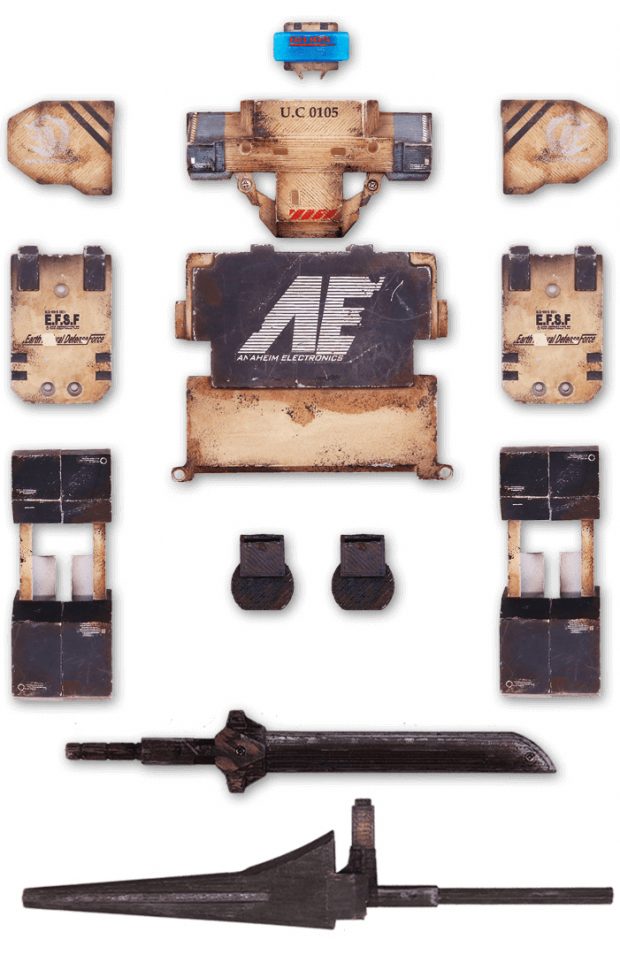 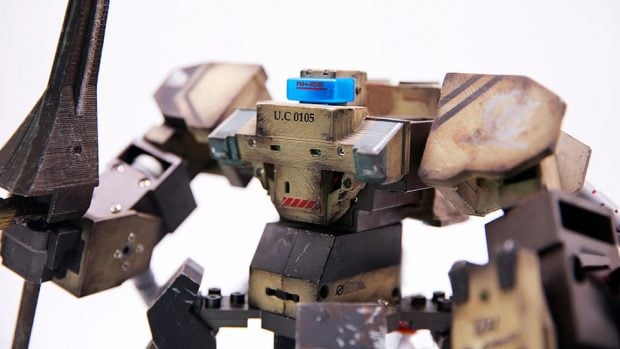 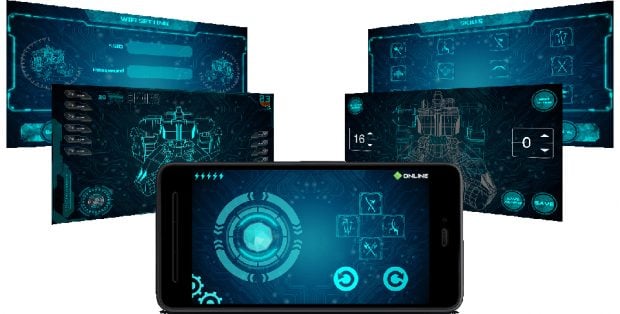 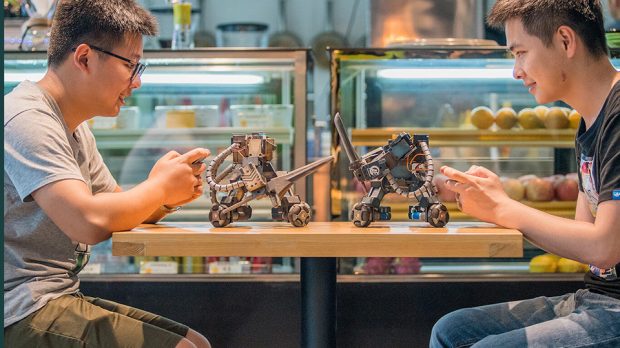 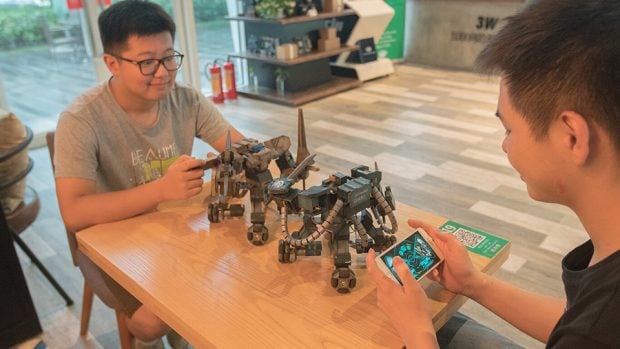 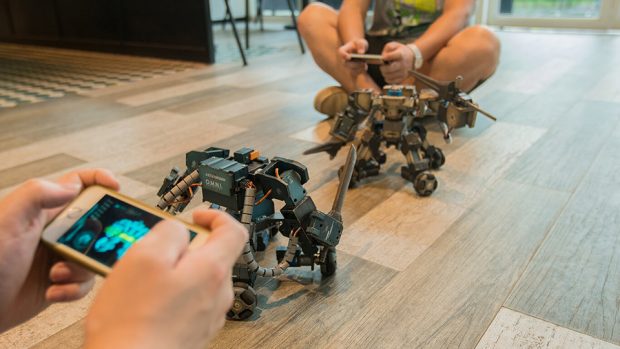 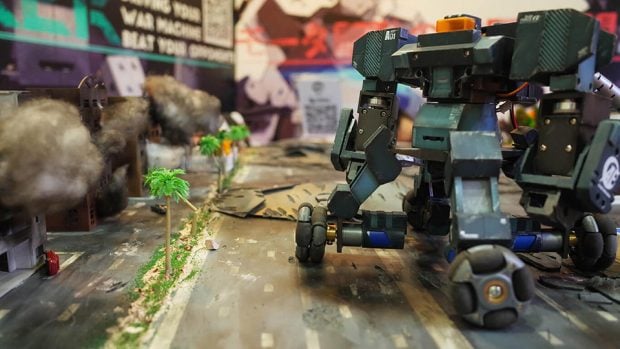